The samurai of Japan have an almost mythic reputation. The idea of a class of katana-wielding warriors held to a noble code is incredibly romantic, and it’s fueled some of our most fantastic films and legends.

Scattered throughout the history of the real samurai, though, are a few weird little details that we tend not to talk about because if we did, it would ruin the fantasy played out on the silver screen. 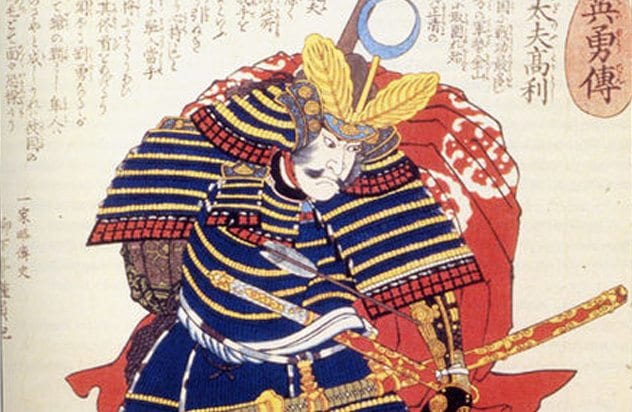 Samurai would wear massive, 6-foot-long capes called “horo.” They were stuffed full of light materials and designed to catch the wind and blow up. The horo was supposed to stop incoming arrows, to protect a samurai from attacks from behind or the side.

In practice, it was mostly a status symbol. The horo was a big inflated sign that let everyone know you were nobility. It let the enemy know that they weren’t allowed to desecrate your corpse, because the past was a horrible time when everyone did awful things.

“The enemy will understand, as they recognize the horo, that the dead was not a common person,” the samurai were told, “and so your corpse will be well treated.” 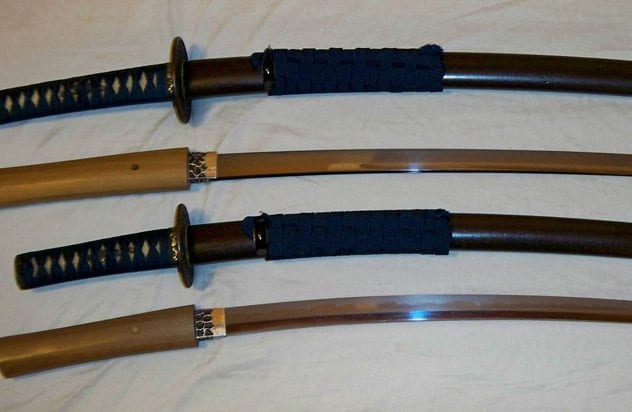 In the 13th century, when Japan was invaded by Mongols, they were forced to face an invading, armored horde for the first time, and their swords didn’t really hold up.

The thin Japanese weapons kept getting stuck in the Mongolian’s leather armor. Sometimes, they would even break in two. Those thin samurai swords snapped so often that they had to give up on them, and they started making bigger, heavier swords like everyone else to fight off the Mongolian invasion.

8Samurai Believed Sleeping With Women Made You Effeminate 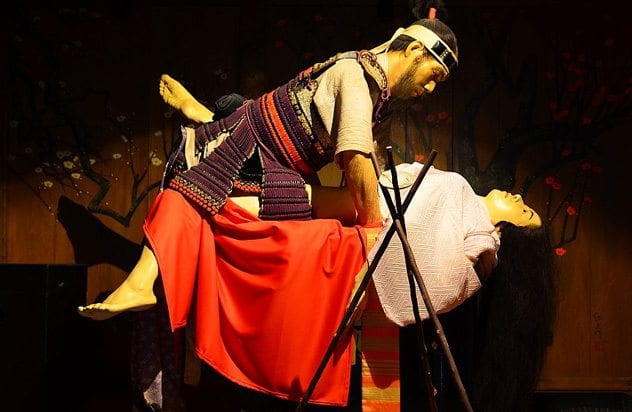 In feudal Japan, nothing made a man more of a sissy than spending a whole night sleeping with beautiful women.

Sex with women, the samurai believed, had a feminizing effect that weakened a man’s mind and body. The samurai married because they needed to further the family line, but they didn’t want to get carried away with it. If a samurai was caught kissing his wife in public, he was called a sissy.

That didn’t mean the samurai were celibate. Sex with women was a little fruity, but sex with men was incredibly macho. Homosexual sex, the samurai believed, just made you tougher than ever. 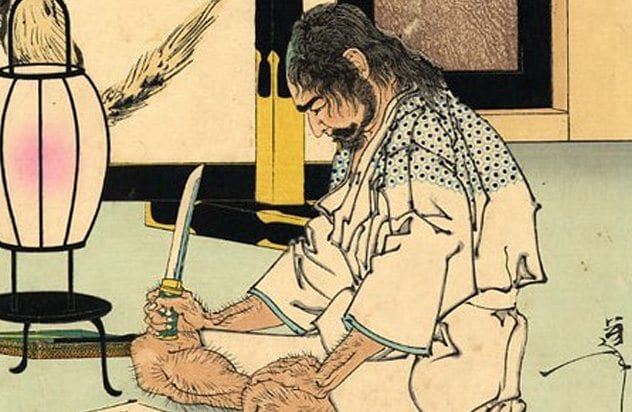 When a boy was learning the art of the samurai, he would often pair up with an older man. The elder would teach him martial arts, etiquette, the code of honor, and, in exchange, would use him for sex.

This was called shudo, meaning “the way of the adolescent boys.” When a boy turned 13, it was common for him to swear loyalty to an older man and stick with him until for the next six years. This was completely normal. In fact, one Japanese poet wrote, “A young man without a pledged, elder he-lover is likened to a young girl without a fiance.”

It really was treated like a marriage. In the Hakagure, a book written in 1716 on the way of the samurai, boys are instructed to be faithful to their shudo partners. If another man makes a pass at them, they are told, they should threaten them, and, “if pressed further, cut him down by your sword in rage.”

6Samurai Could Kill People For Being Rude 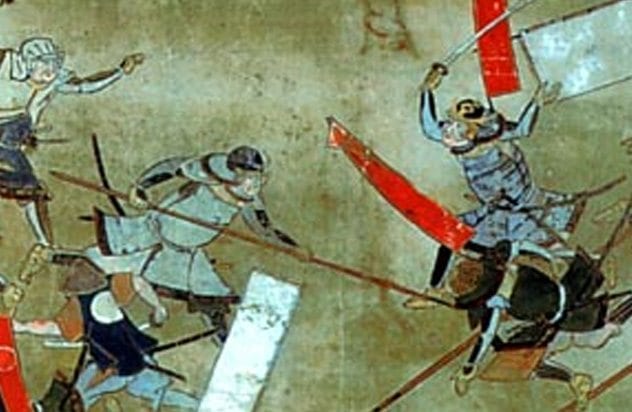 If a samurai was disrespected by someone from a lower class, he could kill that person where he stood. There were a few rules. He had to do it immediately and he had to have a witness, but as long as he had that covered, he could kill anyone who bumped into him.

It wasn’t even really a choice. It was considered embarrassing not to do it. One samurai, after bumping into a peasant, demanded the peasant apologize. When he didn’t, the samurai handed him his short sword and told him to defend himself. It was a mistake. The peasant ran for his life, understandably figuring he had a better chance outrunning a samurai than outfighting him.

The samurai told his family what happened, but they took it as personal humiliation. They disowned him. They told him the only way they’d treat him like family again was if he hunted the peasant down and murdered his whole family.

5Bathroom Trips Were Planned To Be Ready For Assassins 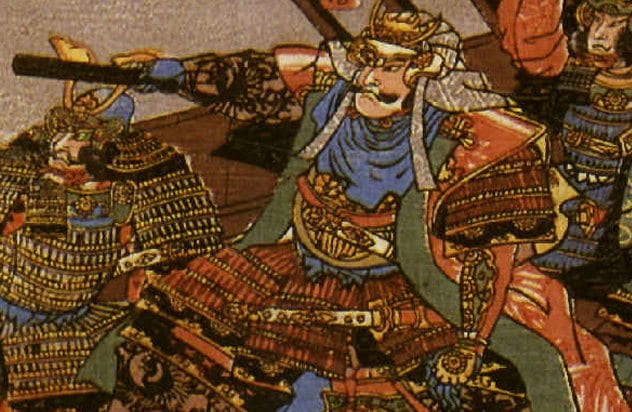 The samurai got paranoid about their bathroom breaks when the 16th-century warrior Uyesugi Kenshin was assassinated on the toilet. His killer, according to rumors, snuck in and stabbed him with a spear, catching off guard and with his pants down.

After, Uyesugi’s rival, Takeda Shingen, became worried that someone would do the same to him. He moved his toilet into a walled outhouse in a corner so that he could make sure nobody snuck up on him.

The details of how this evolved are lost. Lowry claims, though, that by the time he was in Japan, martial artists were trained out of habit to go to the toilet with the right pant leg pulled completely off. That way, if someone snuck in, they’d be ready to fight, as long as they could multi-task. 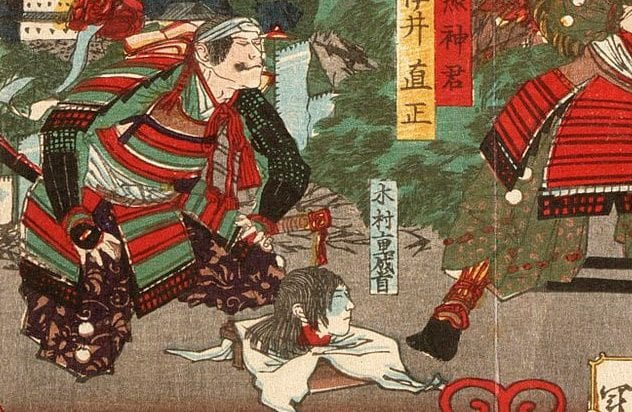 A legendary samurai named Kimura Shigenari made his last stand in 1615, defending the Osaka castle against an invading army. He boldly marched his troops to the fields of war to face their attackers, leaving the safety of the castle walls—but not before dolling up his head like he was getting ready for a first date.

Before battle, Kimura carefully trimmed his hair and burned some incense inside his helmet. He didn’t expect to survive, and, ever considerate to his future killer, he wanted to leave a fragrant corpse. He knew his head would become someone’s trophy, and he wanted it to be a nice one.

It worked. When he died, several enemy soldiers tried to take credit for it, and ended up bickering over who got his head. One of them finally brought his head to their leader, Tokugawa Ieyasu, who was so impressed that he encouraged all of his men to start putting incense in their helmets, too.

3Samurai Had Armor For Their Dogs 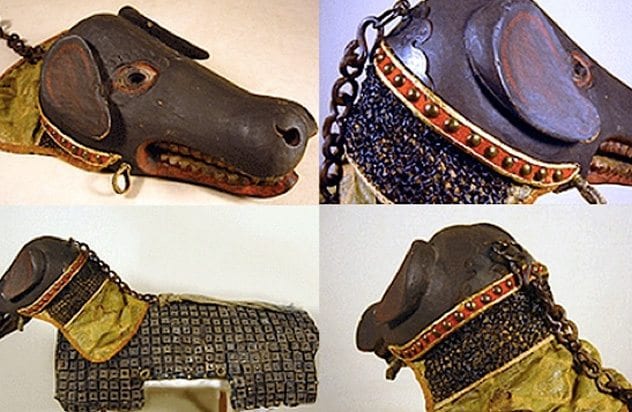 We have at least one remaining set of samurai armor custom-fit for a dog.

The armor, built in the early 19th century, comes complete with a doggie helmet, a rawhide skirt, and a handy pouch. We don’t know a lot of the details about how it was used, but it’s believed that it probably wasn’t to send dogs into battle. Instead, the armor was probably just used during parades, or possibly just commissioned for fun.

We’ve only ever found one set of doggie armor, so it wasn’t that common. Still, for one beautiful moment in history, a samurai marched down the streets of Japan with a dog dressed in full military armor. 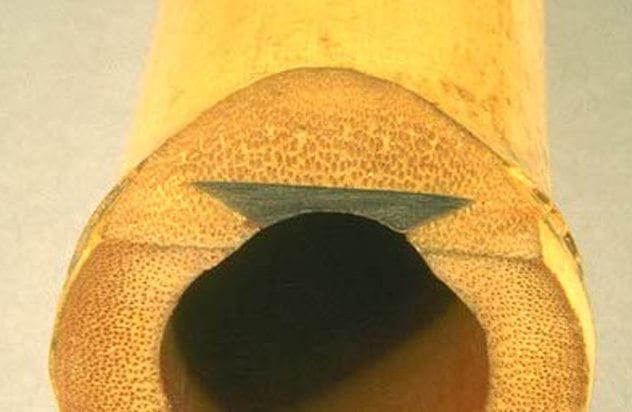 One of the strangest samurai weapons is the shakuhachi, a bamboo flute. Originally, these were nothing but musical instruments, played by Buddhist monks as a substitute for chanting. The flute evolved, though, when a group of Buddhists called the komuso started walking around with baskets on their heads, playing the flute and preaching. The samurai realized that these people walking around with baskets on their heads were wearing the perfect disguise, and they started to copy it.

Samurai spies sent to quell rebellions would pretend to monks in the komuso. They would walk around with flutes in their hands and baskets on their heads, eavesdropping on national threats. There was just one difference: The samurai’s flutes had spikes. If they got caught, they wanted to be ready to bash someone’s head in with their flutes.

1They Regularly Betrayed Their Masters 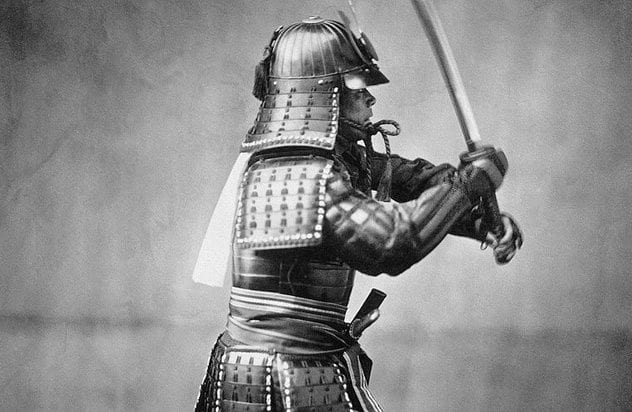 The samurai code didn’t really exist until the 1600s, and before that, samurais would betray their masters left and right. Even after that, the samurai valued loyalty on paper, but it wasn’t always practical in real life. If a samurai’s master didn’t reward and take care of the warrior who defended him, that samurai usually took the first chance he could to backstab him and team up with someone who would.

When Western missionaries first came to Japan, they were shocked at how much backstabbing they saw. “Treachery was rampant,” a 16th-century missionary wrote about his visit to Japan, “and nobody trusted his neighbor.”

“They rebel whenever they have a chance,” another wrote. “Then they about-turn and declare themselves friends again, only to rebel once more when the opportunity presents itself.”