According to FBI statistics, more Americans are bludgeoned to death each year than murdered by rifles. Of these brutal slayings, hammers are the most common instrument. Their construction makes them near-perfect delivery systems for death. This savage method of murder speaks to something deep in the human psyche—something primal and not yet evolved for the modern world. 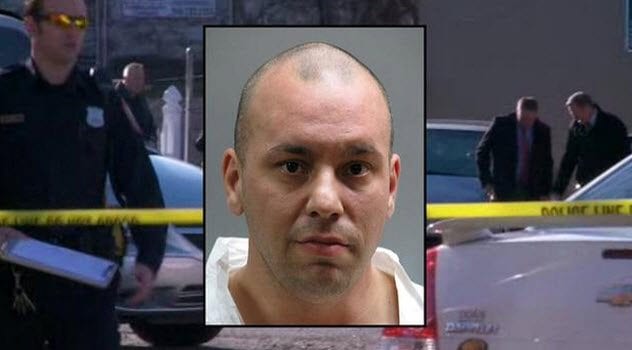 In late November 2016, Nassau county authorities charged Raphael Oyague, 36, with the murder of a Craigslist prostitute. Prosecutors allege that he attacked Deeana Wingender, 25, with a hammer. The attack occurred during a sex-for-cash rendezvous. An argument broke out over compensation for services rendered. Oyague bludgeoned Wingender multiple times, killing her.

A blood trail led authorities to Oyague’s back door. Prosecutors allege that Oyague murdered Wingender in his Baldwin, New York, apartment at 10:00 PM. Then he dragged her corpse downstairs and dumped her in the weeds behind the building. A pair of pizza deliverymen discovered her battered body the following afternoon.

There is a record of Wingender taking a car service to Oyague’s apartment and correspondence between the pair. Oyague has four prior arrests for criminal contempt of a protective order, DWI, and assault. He pled not guilty and is being held without bail. 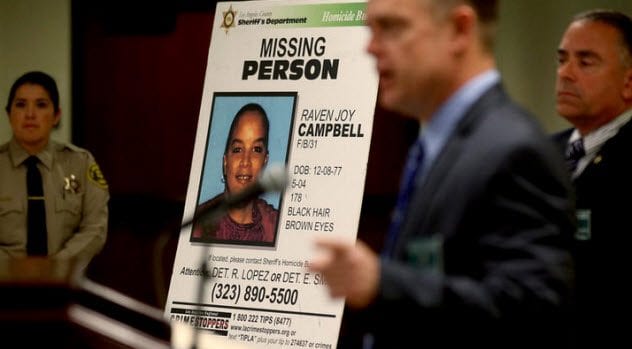 In summer 2015, police discovered Raven Joy Campbell’s remains hidden in an apartment wall in Lomita, California. The clandestine corpse was found in Harbor Hills Housing Project where Campbell, 37, had been reported missing six years earlier. The autopsy revealed that she had died from blunt force trauma to the head from a hammer.

In 2009, her family knew that something horrible had happened when they discovered her purse, which she obsessively clutched to her chest, in the apartment. The missing person investigation turned up no leads.

For years, neighbors had complained about a foul odor emanating from the apartment. Campbell’s sister tipped off police to search the residence. An investigation with corpse-sniffing dogs led police to the hidden body.

The Los Angeles district attorney charged Campbell’s former boyfriend, Randolph Garbutt, 43, with the murder. The authorities allege that Garbutt used a hammer to kill Campbell before concealing her in the wall. Garbutt faces life if convicted. 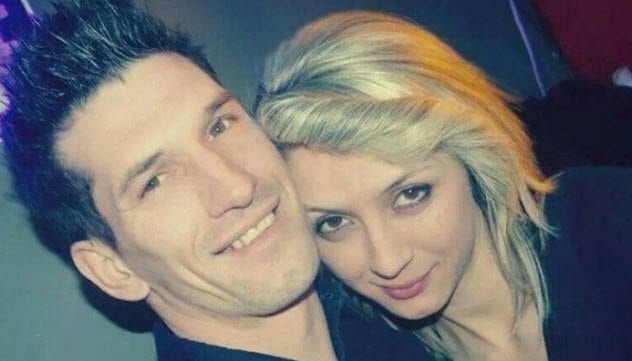 In 2014, four St. Louis teenagers beat a Bosnian immigrant to death with hammers. Zemir Begic, 32, was on his way home from a bar when a pack of teens approached and began vandalizing his car. When Begic confronted the teens, Travis Kidd, then 16, jumped on the back of Begic’s car and bludgeoned him in the back of the head. Then the other teens jumped into the fray.

Kidd, Robert Mitchell, then 17, Juan Carlos Fabian-Lutz, then 16, and Darrian Johner, then 16, were all charged with first-degree murder in the slaying. Some believe that the slaying was racially motivated. The suspects are black and Hispanic, and the attack took place one week after the acquittal of a white police officer for shooting a black teen in Ferguson, Missouri. St. Louis’ Bosnian community views Begic’s hammer homicide as a hate crime. 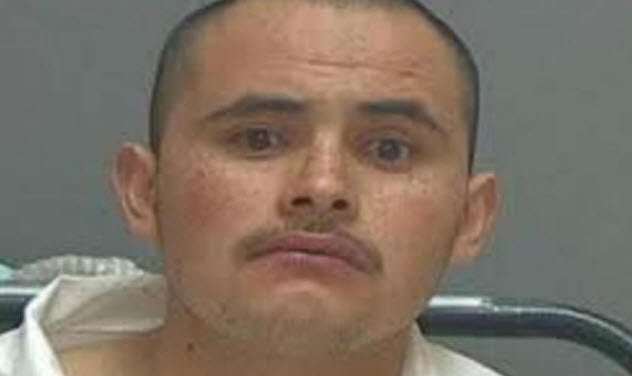 In October 2016, a Utah man pled guilty to murdering a stranger on the street with a hammer. Gerardo Perez, 20, was “suffering from delusions caused by mental illness” when he attacked Leslie Beus, 68.

Witnesses reported that Perez was acting “like a zombie” when he approached Beus outside his West Valley City home. Perez hit the victim in the head repeatedly with a hammer and a large knife as Beus retreated into his house.

Perez was charged with aggravated murder. As part of his plea deal, additional charges were dropped, including obstruction of justice, aggravated assault, and interfering with an arresting officer. Beus suffered multiple skull fractures and was on life support for four weeks before he died from his injuries. 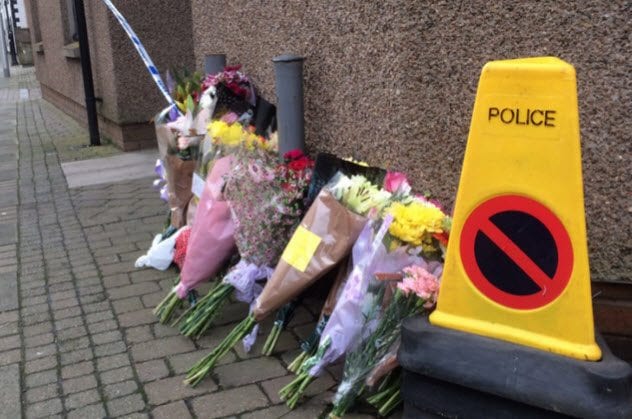 In 2015, the dismembered remains of Kimberley MacKenzie, 37, were found scattered around Montrose, Scotland. Body parts were hidden in trash bins throughout the town. Police discovered more grisly oddments secreted away in a locker.

Prosecutors accused her ex-boyfriend Steven Jackson, 40, and his partner, Michelle Higgins, 29, of murdering MacKenzie with a hammer and dismembering her with a saw, knives, and a screwdriver.

Jackson’s ex-wife, Barbara Whyte, 43, told authorities that Jackson confessed the murder to her. Whyte and Jackson met for the first time in 17 years at a bed-and-breakfast where Jackson revealed that he had butchered MacKenzie the previous week.

Jackson explained that brain matter had careened across the room when Higgins hit MacKenzie in the back of the head with a hammer. Jackson slit MacKenzie’s throat before dismembering the corpse. Initially, Whyte was suspicious of her husband’s account because of his penchant for true crime stories. 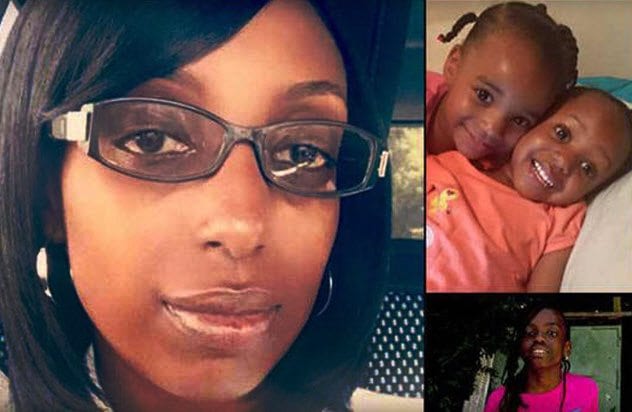 North Carolina authorities charged Dibon Toone, 39, with murdering a mother and her three daughters in summer 2016. According to the autopsy, the victims died from “traumatic head injury from assault.” Law enforcement believes that a claw hammer was the murder weapon.

Toone and victim Garlette Howard, 32, were married. The two youngest victims, Ayona, 7, and Mayona, 6, were Toone’s daughters. Bryana Carr, 11, was Howard’s child from a previous relationship. The victims’ bodies were discovered in the Greenville home the couple shared.

A joint force of US Marshals and Virginia police arrested Toone in Richmond roughly four hours after the bodies were discovered. He was driving Howard’s work-issued vehicle. Investigators disabled the car through OnStar technology. 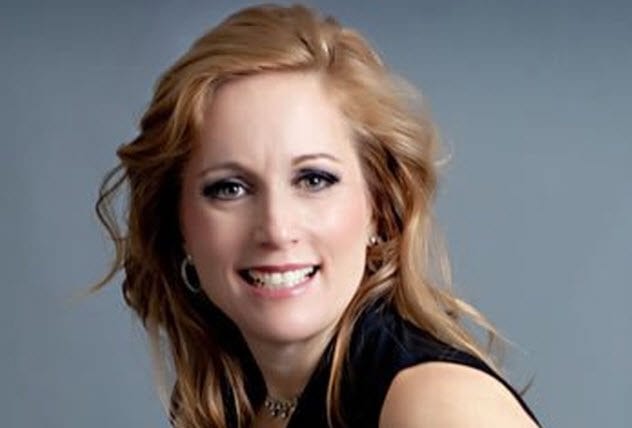 In June 2015, Dr. Teresa Sievers, 46, was murdered in the kitchen of her home in Bonita Springs, Florida. A hammer matted with blood and hair was found beside the dead mother of two. Her husband, Mark Sievers, 47, was not initially charged with the murder. However, his childhood friend, Curtis Wright Jr., 47, and an accomplice, Jimmy Rodgers, 25, were.

The district attorney alleged that Wright and Rodgers ambushed Dr. Sievers when she returned home from a family reunion in Connecticut. Wright pled guilty to second-degree murder in exchange for a 25-year sentence. He also flipped on Sievers.

Authorities arrested Sievers and charged him with second-degree murder for plotting his wife’s killing. Prosecutors say that money was the motive. Dr. Sievers had a $4.43 million life insurance policy in her name. 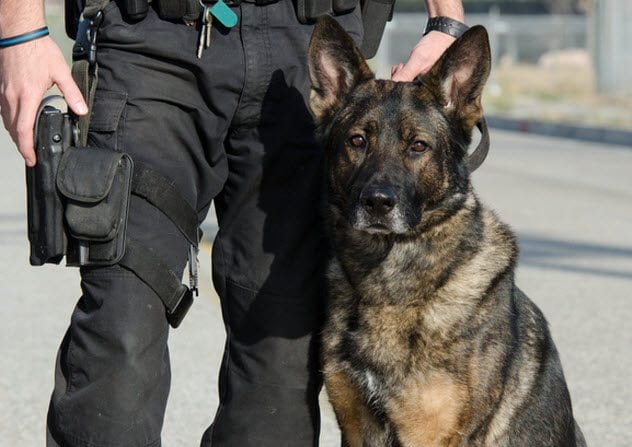 In 2015, the Macias brothers were arrested and charged with murdering their neighbor with a hammer in unincorporated West Valinda, California. Prosecutors allege that Jonathan Macias, 23, kept lookout while his brother, Flavio Macias Jr., 28, attacked neighbor Luis Segura, 44. Segura died of his injuries at a nearby hospital.

Flavio has a criminal history with convictions for injuring a cohabitant, carrying a dagger, and possessing a controlled substance. If convicted, Flavio faces 28 years to life behind bars. Jonathan faces a maximum sentence of 25 years. The brothers have both pled not guilty.

Segura’s wife told detectives that she saw the brothers trying to drag her injured husband into his own van. She called 911, and the brothers fled. When deputies came to arrest the brothers, they had already barricaded themselves in their residence. Tear gas and a police dog were employed to remove them. 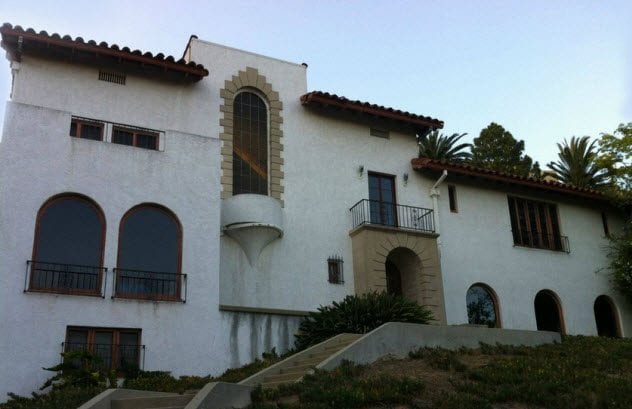 The Los Feliz murder mansion is one of Los Angeles’ most infamous homes. Left untouched since a murder-suicide in the late 1950s, the hilltop Spanish revival has remained uninhabited for more than 50 years.

On December 6, 1959, Dr. Harold Perelson murdered his wife with a ball-peen hammer and savagely beat his 18-year-old daughter before taking his own life by downing two Nembutal and 31 tranquilizers. Some theorize that financial woes caused Dr. Perelson to crack. Others suggest that he had a secret history of mental illness.

In 1994, Rudy Enriquez inherited the Los Feliz murder mansion from his parents, Emily and Julian Enriquez, who had purchased the house a year after the murder and used it for storage. They never spent the night. Trespassers who peek through the windows can still see the dust-cloaked living room, which remains exactly the same as it did the night of the horrific murder-suicide. 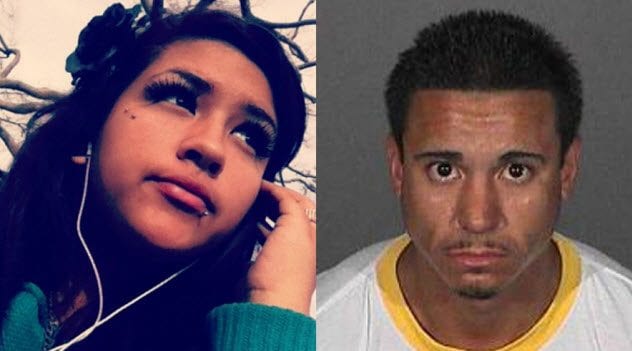 In 2015, Kassandra Ochoa, 21, was beaten to death with a hammer in the garage of a vacant home in East Los Angeles. A massive manhunt began for her transient boyfriend, Antonio Medina, 28, who authorities believe committed the heinous attack.

Witnesses revealed that Medina had argued with Ochoa before she was found bleeding and unresponsive. They also spotted him fleeing the scene. Investigators learned that the couple had been trying to illegally stay in the empty converted garage for the night.

Medina had recently been released from prison at the time of the murder. He had been convicted for grand theft auto. Ochoa’s family revealed that Ochoa and Medina had been living together at the time of the murder. According to friends, the couple was in a downward spiral and Ochoa feared for her life. Days before her murder, she had written in her journal, “God, I need you now.”