Nearly 3,000 years ago, a nation few remember today swept through the Middle-East. They laid cities to waste, tortured the survivors, and spread terror everywhere they went. This was Assyria—the first nation to make its military might its central policy and the first nation to torment its enemies with psychological warfare.

Life behind a city’s walls when the Assyrian army drew close was terrifying. Assyria made sure of it. They pioneered the use of terror as a weapon—and they made the lives of their enemies a living horror story.

10An Enemy That Lived At War 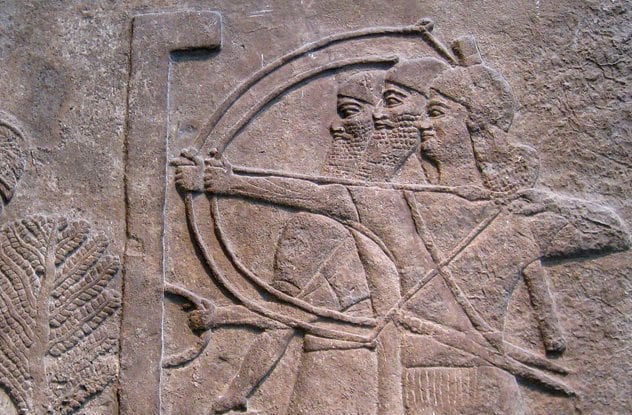 Every Assyrian man, from the poorest to the richest, was required to serve in the army. This was the first country to make military service mandatory for every male citizen, no matter who he was.

The result was one of the strongest armies in the world. When they came to your town, the men at the gates were vicious and battle-hardened . . . and there were a lot of them. 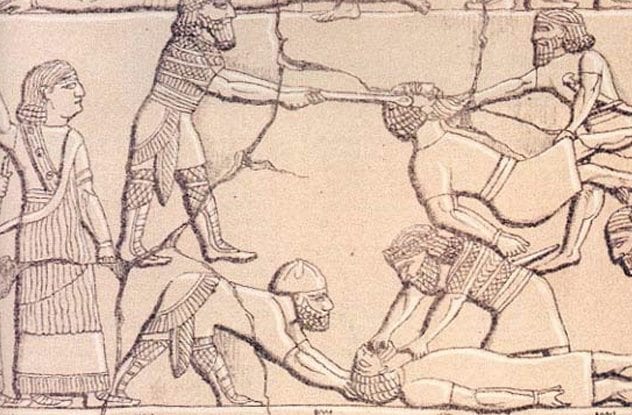 The Assyrians created tablets that showed them torturing their enemies to let the next city know what was coming. These showed them skinning their victims alive, blinding them, and impaling them on stakes.

One Assyrian King, named Ashurnasirpal II, has left a whole series of these tablets behind, and the descriptions are positively terrifying. “I flayed many right through my land and draped their skins over the walls,” he boasts in one. “I burned their adolescent boys and girls . . . A pillar of heads I erected in front of the city.”

By the time their armies reached your walls, these stories would have spread. Every person watching their chariots approach would know that, compared to the fate the Assyrian army brought, death would be a relief.

8A Chance To Surrender 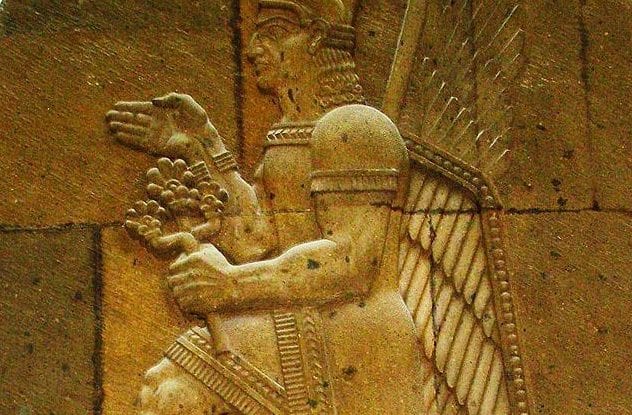 Before the battle began, people would often be given a chance to surrender. An envoy would ride up to the city walls, knowing the fear the people there already felt, and would promise them that if they bowed down and paid tribute to Assyria, they would be allowed to live.

“Make peace with me and come out to me!” the envoy called out. “Then each of you will eat fruit from your own vine and fig tree and drink water from your own cistern.” Those who did not, he warned, “will have to eat their own excrement and drink their own urine.”

Many countries surrendered. Others went further. The king of Urartu, upon hearing the Assyrian army approach, stabbed himself in the chest rather than face them. And some sent tributes to Assyria before they ever looked their way, surrendering before they’d even approached to keep them away. 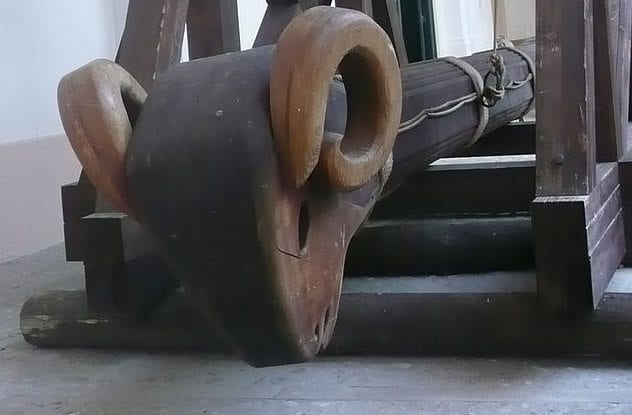 Siege weapons barely existed at this time. At best, an army could hope to break through a city’s gates by rushing at it with a log, often while archers fired down on them from below. The Assyrians, though, had some of the first siege weapons in the world. They invented the battering ram, a device that would have seemed completely unstoppable in their time.

This was a whole engine on wheels. It had an iron-capped ram that swung from chains, letting it crush its way through enemy walls like never before. Overhead, the men inside the engine were protected by wooden plates covered in damp animal skins that put out the flaming arrows the defenders fired from above.

6The Complete Obliteration Of Cities 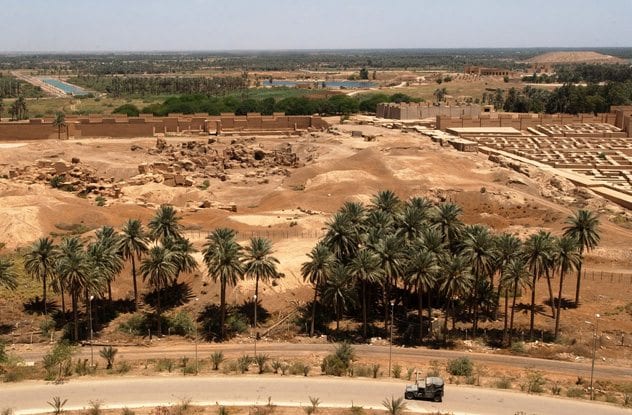 Sometimes, the Assyrian army didn’t stop at killing their enemies. When the Assyrian king Seenacherib invaded Babylon, he wiped them off the map. All he left behind was a message, boasting of how far he’d gone to decimate them.

“The city and its houses, from its foundations to its top, I destroyed, I devastated, I burned with fire,” Seenacherib declared. “Through the midst of that city I dug canals, I flooded its site with water, and the very foundations thereof I destroyed. I made its destruction more complete than that by a flood. That in days to come the site of that city, and its temples and gods, might not be remembered, I completely blotted it out with floods of water and made it like a meadow.”

5The Torture Of The Survivors 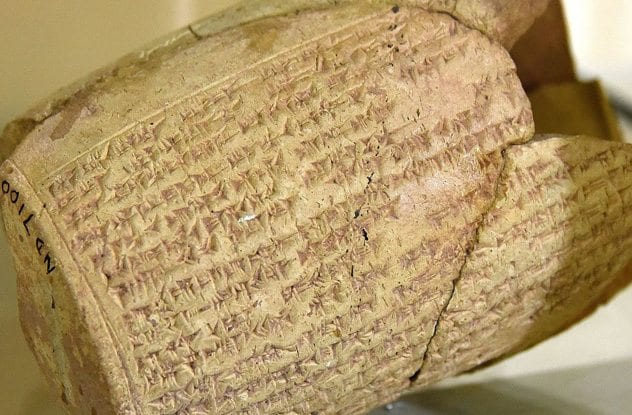 More often than not, though, the surviving men would be put through the hells they used to psychologically terrify the world. That meant being skinned alive, having noses and ears chopped off, and whatever torments they could imagine.

Sometimes, they got creative. One king, Esarhaddon, made noblemen wear necklaces with their kings’ heads on them. He wrote, “I hung the heads of the kings upon the shoulders of their nobles, and with singing and music I paraded.” 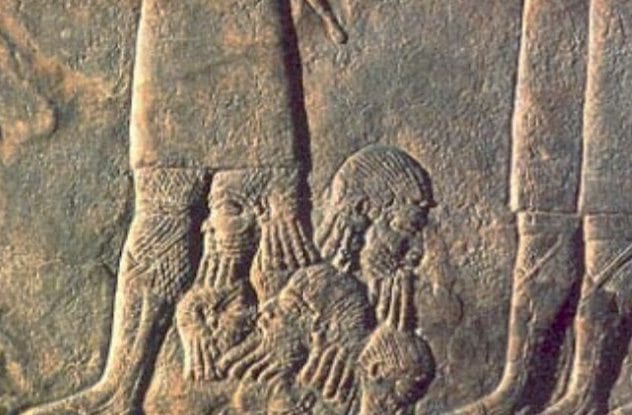 Assyrian art shows a parade of their slaves chained to large stones, being forced to drag massive rocks like mules. The rocks were to be used to build palaces and wonders for the kings, and the slaves couldn’t stop for a moment. Behind them, slave masters were always watching, ready to beat anyone who slacked.

The women had it even worse. After the hell that women of all eras have suffered after wars, they and their children would be led off into slavery. Sometimes, they would stripped naked to humiliate them and leave them feeling weak and vulnerable. In at least one case, an Assyrian king made the women lift their skirts over their heads and march blindly after their captors. 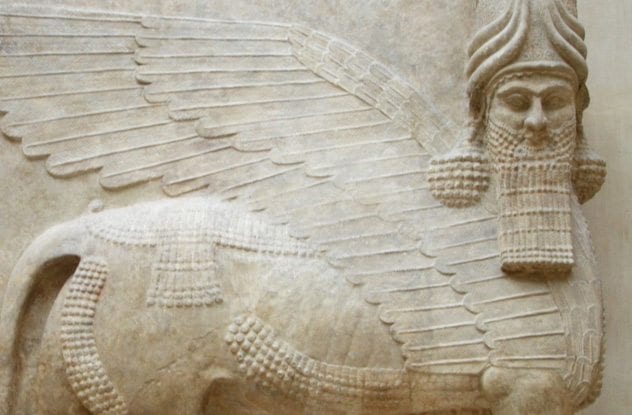 All of Assyria was subject to their resettlement policy, which uprooted whole families and moved them across the country. It was one of the ideas that made Assyria so strong. Experts from conquered countries would be sent into the heart of the nation, where they would be put to work building palaces, temples, and wonders. These people were usually lucky enough to bring their families.

The dangerous men who fought against Assyria were sometimes given a chance to redeem themselves. If the king was merciful, they would be sent to a ruined kingdom on the outskirts of the nation that would be forced to rebuild.

Then the rest would be scattered about the country. The people of a conquered nation would be spread about the kingdom, living alongside of people from foreign lands instead of their own countrymen to keep them packing together and staging a revolt.

2A Brutal Code Of Law 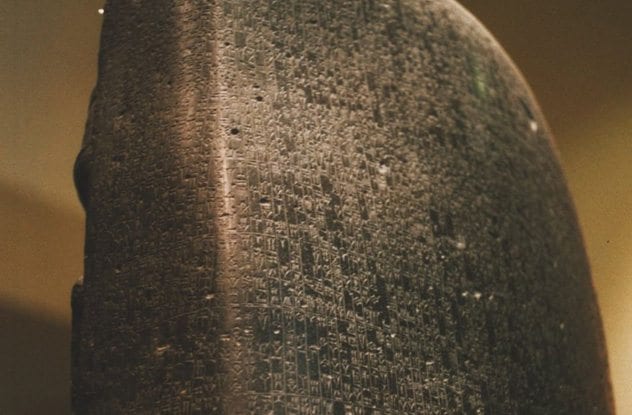 Many crimes in Assyria were punished by dismemberment or death. If you kissed another man’s wife, they would cut off your lower lip with an axe. If a man was caught with another man, the law said, “they shall turn him into a eunuch.” Adultery was punishable by death.

Some crimes were dealt with in savage ways. Men had to right to murder adulterous wives. Murderers were handed over to the victim’s family, who were free to do with them as they willed.

The people seem to have been a bit squeamish about enacting these laws—but they made sure they did it. “In the case of very crime for which there is penalty of the cutting-off of ear or nose,” the law said, “as it is written it shall be carried out.” 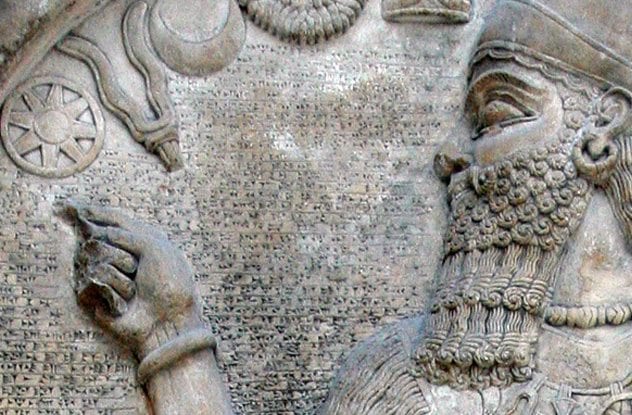 Life under the threat of Assyrian was horrifying—for the Assyrians as well as their victims. The men of Assyrian army reported experiences that modern psychologists say show wide-spread symptoms of post-traumatic stress.

“They described hearing and seeing ghosts talking to them, who would be the ghosts of people they’d killed in battle,” says Professor Jamie Hacker Hughes. “That’s exactly the experience of modern-day soldiers who’ve been involved in close hand-to-hand combat.”

The Assyrians were so brutal that their military campaigns even put themselves through hell. The horrors and the guilt of murdering and torturing innocent people wreaked havoc on their psyches. When their year at war ended and they were allowed to return home to their families, they lived lives haunted by ghosts of the people they’d inflicted all these torments upon.