During the 1970s, US Senator William Proxmire, a liberal Democrat, periodically awarded his Golden Fleece Award to US government agencies he believed were guilty of wasting taxpayers’ money. Likewise, in 2011, conservative Republican US Senator Tom Coburn released a scathing report on pork barrel spending associated with the National Science Foundation.

Not all such waste is confined to the US, and not all of it is lampooned or criticized. But the absurd cases that do come to light illustrate how freewheeling officials of government agencies often spend citizens’ hard-earned dollars.

Unfortunately, these 10 astonishing government boondoggles, as preposterous as they are, are only the tip of the iceberg of government fiduciary mismanagement, abuse, and sheer lunacy. 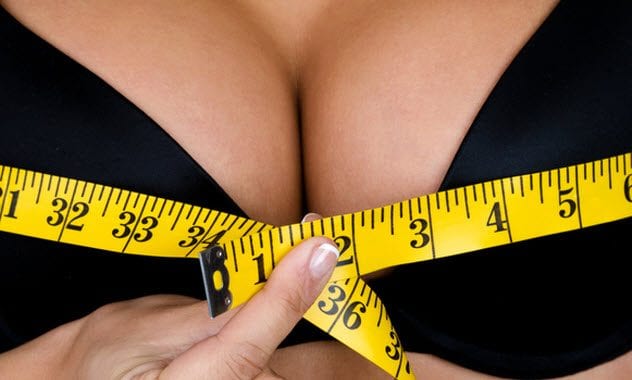 A witty critic of US government waste, US Senator William Proxmire suggested that the measurements of the breasts and buttocks of stewardess trainees by the Federal Aviation Agency (FAA) “seems like a bust.” The results of the $57,800 study were published in a 103-page report, complete with photographs.

Of particular interest to the FAA was “the distance from the upper part of the derriere to the back of the knee,” a measurement known as the “popliteal length of the buttocks.” According to the study, this measurement ranges from 39 centimeters (15.4 in) to 57 centimeters (22.5 in).

9 Studying The Effects Of Marijuana Use 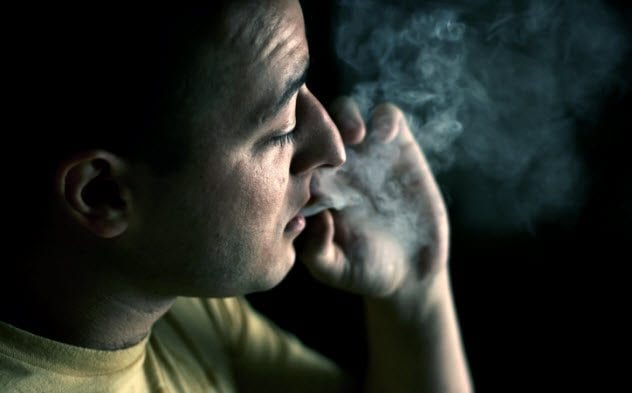 Curious about the effect of marijuana use on male sexual arousal, the US government funded a $121,000 study by Southern Illinois University at Carbondale in which stoned students were shown pornographic films so that scientists could determine how the drug affected their libidos.

The five studies were the collective winners of one of Proxmire’s Golden Fleece Awards. 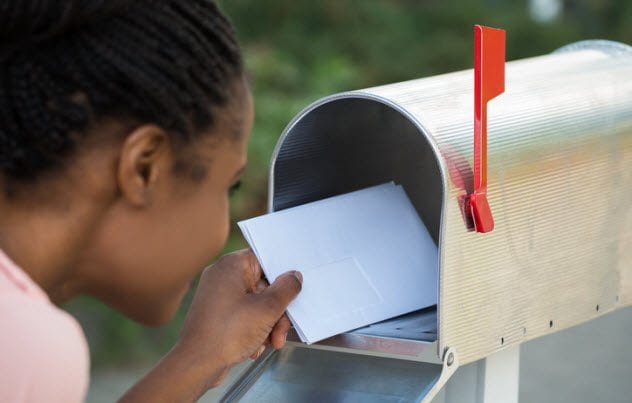 The US Postal Service (USPS) caught Proxmire’s eye when it spent $4 million on a 1975–76 ad campaign intended to motivate US citizens to write more letters. According to postal authorities, the USPS was losing money on every category of mail except first class, which alone earned 30 cents in profit and helped to pay “general overhead.”

The ad campaign was supposed to help the USPS determine whether such marketing could increase revenue, but Proxmire wasn’t buying the explanation. “There is a very great question,” he said, “of whether a government-subsidized agency should be in the game of trying to drum up more business for itself.”

He issued the Golden Fleece Award to the USPS in July 1977. 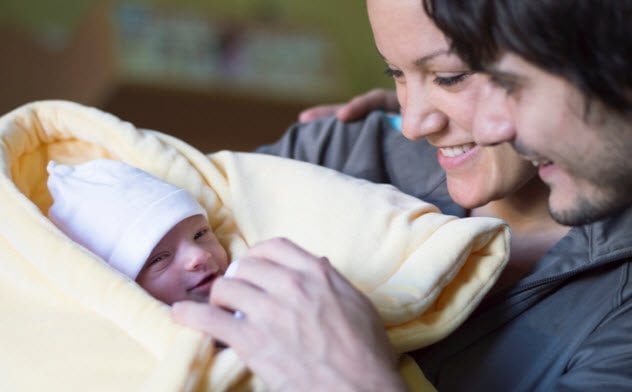 As examples of such abuse, the report cited an “$80,000 study on why the same teams always dominate March Madness,” a “$315,000 study suggesting playing FarmVille on Facebook helps adults develop and maintain relationships,” and a $1 million expenditure to analyze “how quickly parents respond to trendy baby names.”

The report also identified such other boondoggles as spending “$50,000 to produce and publicize amateur songs about science,” “$2 million to figure out that people who often post pictures on the Internet from the same location at the same time are usually friends,” and $581,000 to determine “whether online dating site users are racist.” 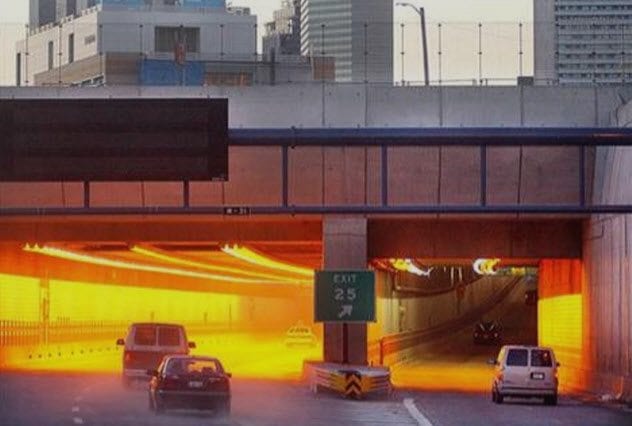 To relieve traffic congestion in Boston, Massachusetts, State Transportation Secretary Frederick Salvucci and others decided to dig a massive tunnel and bury the new highway. Since the whole project might have easily been avoided if a new elevated highway had been built, the “Big Dig” qualifies as a boondoggle as absurd as it was immense.

From the beginning, the project posed a series of seemingly endless “Rubik’s Cube–like engineering challenges” and its “long history [was] littered with wrong turns.” There were floods and leaks. “Concrete ceiling panels” fell into the tunnel to Logan Airport, killing Milena Del Valle, 39, “a passenger in a car driven by her husband.”

Costs spiraled ever higher. Construction on the project began in 1991 and was expected to cost $2.6 billion. But it didn’t end until 2007, and the final cost was $14.8 billion.

5 Proposing To Build The Gravina Bridge 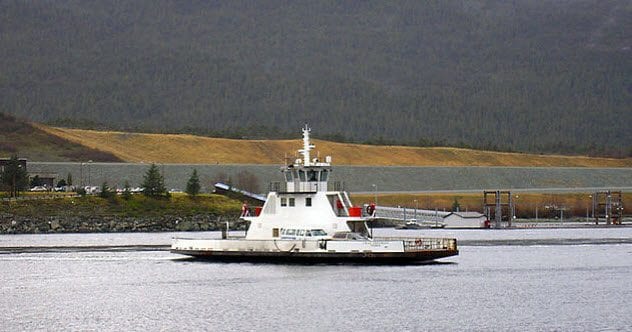 Alaska’s Gravina Island (population: 50) was to receive a $350 million bridge almost “as long as the Golden Gate Bridge and taller than the Brooklyn Bridge.” Its purpose? To “replace a 7-minute ferry ride” from the town of Ketchikan (population: 8,000) to its airport on the island.

Dubbed “The Bridge to Nowhere,” the project was abandoned after being “mocked [by] much of the nation.” The National Heritage Foundation characterized it as a “national embarrassment.”

As alternatives, the state recommended “improved ferry service” or using a scaled-back bridge option. Although the Gravina Island bridge was never built, it became a symbol of government boondoggles.

4 Constructing A Bridge To Nowhere 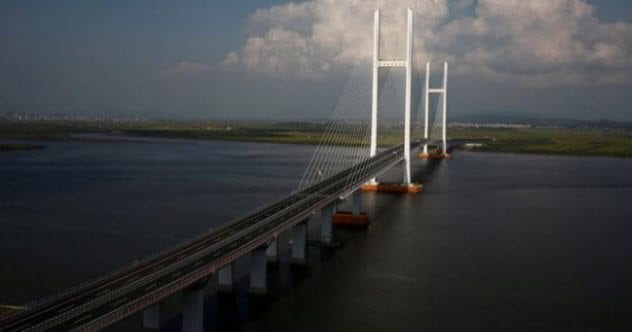 Several boondoggles have involved building bridges to nowhere. One such project, the New Yalu River Bridge that was intended to connect China to North Korea, was a victim of failed diplomacy.

At a cost of 2.2 billion yuan ($330 million), China constructed part of the bridge in 2015. But its partner’s portion of the bridge “ends abruptly in a field.” The two nations’ falling-out over North Korea’s recent nuclear tests likely led to the collapse of the bridge project. 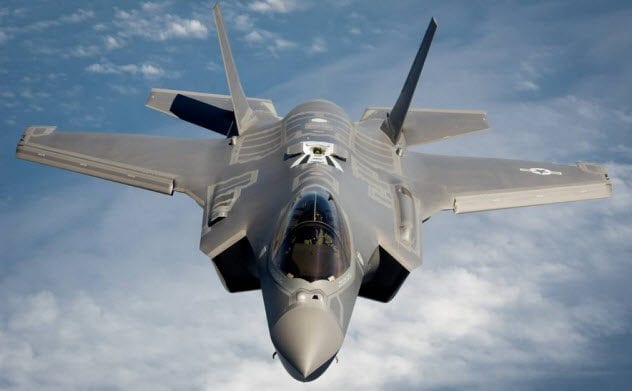 Citizens Against Government Waste is a critic of government boondoggles. It exposes wasteful projects in its annual Government Pig Book, a “compilation of the pork barrel projects in the [US] federal budget.”

Although the 2016 edition of Pig Book identifies pork barrel spending in many departments of the federal government, one of the more glaring examples is that of the US Navy’s “acquisition misadventures” pertaining to its F-35 Joint Strike Fighter (JSF).

“In development for nearly 15 years and four years behind schedule,” Pig Book notes, “the program is approximately $170 billion over budget and has encountered an abundance of persistent issues.” Many of them stem from the program’s requirement that “whenever problems [are] identified, contractors [must] make changes to aircraft that were already in production.”

In addition, “many members of Congress,” including some with prior career military service, question whether the JSF will produce aircraft superior in performance to “the (far cheaper) A-10.” Nevertheless, Congress authorized another $1.9 billion to fund the dubious program. 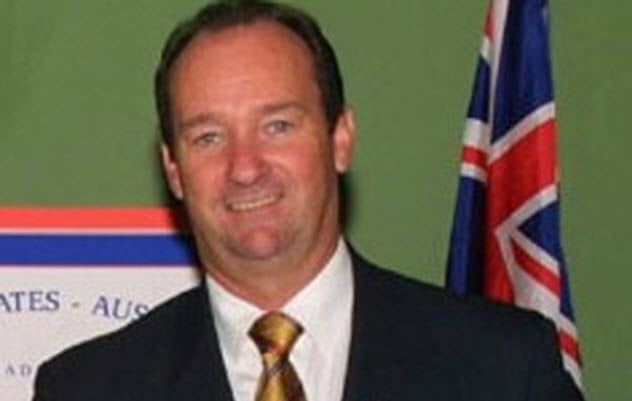 In 2007, Australian Deputy Prime Minister Mark Vaile came under fire from his colleagues for distributing $900,000 for unapproved taxpayer-financed projects to “his own electorate.” In addition, in overseeing the Regional Partnerships Program, he promised $500,000 for a “surf lifesaving club.”

Later, he also “announced a $400,000” grant to finance a medical center. The medical center grant was rejected by the local Area Consultative Committee because it “did not meet the program’s guidelines.”

Vaile maintained that his spending spree didn’t require government approval because the projects represented “election commitments.” His unauthorized grants were only part of the bigger pork barrel spending uncovered in a recent audit, which “found 43 projects were approved without departmental approval between 2003 and 2006—38 in Coalition seats.” 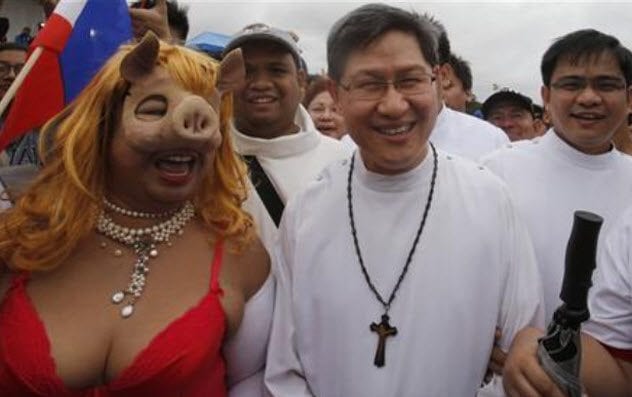 The Philippines has a federal slush fund, the Priority Development Assistance Fund (PDAF), through which elected officials finance “projects solely to impress voters.” Many of the projects prove to be nonexistent.

Having had enough of the pork barrel spending, thousands of Filipinos wore white to show solidarity and marched through Manila and other cities in 2013, demanding that the “misused fund” be abolished. Some protesters also wore pig masks or noses. Others carried signs proclaiming “Scrap pork barrel” or insisting that politicians say “No to pork.”

The protest was organized after “a state audit showed some lawmakers had funneled 10 billion pesos ($226 million) in total to nonexistent projects and groups.”

President Gloria Macapagal Arroyo, who was in office at the time, was charged with plunder in a “$329 million aborted national broadband deal with a Chinese company.” But in an 11-4 decision, the Philippines Supreme Court dismissed the case “because of insufficient evidence and ordered her immediate release from . . . detention.”