For years, many scientists have believed that the seeds of life might have ridden to Earth on meteors. This theory is called panspermia, and it answers a lot of questions about our origins.

Unfortunately, those same scientists believe that alien bacteria and viruses may still be raining down on us. These microscopic invaders have been blamed for all sorts of illnesses—from the everyday to the completely bizarre. Germophobes beware. 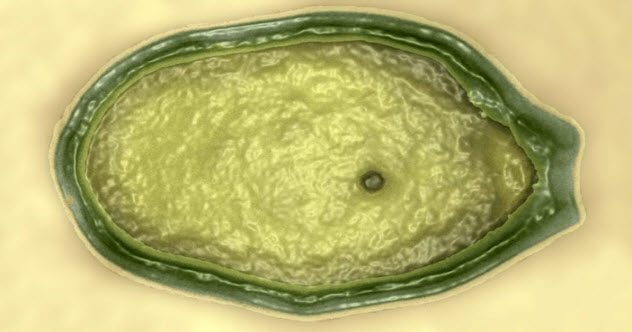 If the terrifying name of this newly discovered virus isn’t enough to worry you, maybe the fact that it is 10 times larger than any ordinary virus will. Discovered by French scientists in 2013, this bizarrely unique microorganism is only found in two places on Earth: off the coast of Chile and in a single Australian pond. It shares only 6 percent of its genetic makeup with the rest of life on Earth.

This has led many to the conclusion that it isn’t actually native to Earth. It may seem silly, but researchers are seriously investigating the possibility that the Pandoravirus is alien in origin. But don’t worry. Even if this scary-sounding creepy-crawly ends up being from Mars, it’s really only harmful if you’re an amoeba. 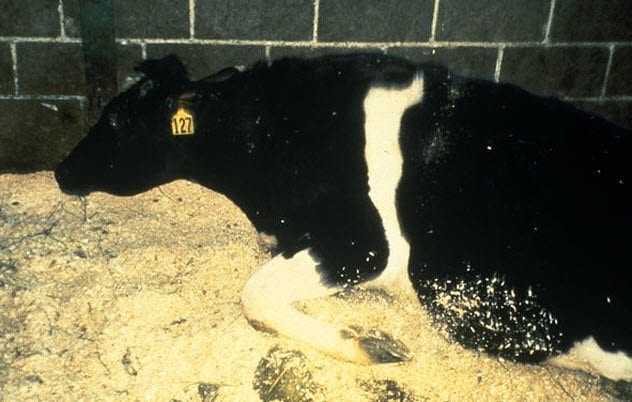 Mad cow disease, or bovine spongiform encephalopathy, is a devastating illness that occasionally pops up to cripple the beef industry. Worse yet, it can pass to humans when infected meat is eaten, leading to dementia and even death. Bizarre microorganisms called prions are responsible for the infection, and some believe that their strangeness isn’t just coincidence.

Researchers in India recently announced that the brain-attacking microbes may have come from a passing comet. The frozen balls of space dust have been found to contain chemical structures very similar to prions and other microorganisms.

Tiny frozen aliens may have been blown out into a comet’s dust trail and left behind to be snagged by the Earth’s gravity. These scientists have since sent balloons into the upper atmosphere to search for the cow-killing germs. 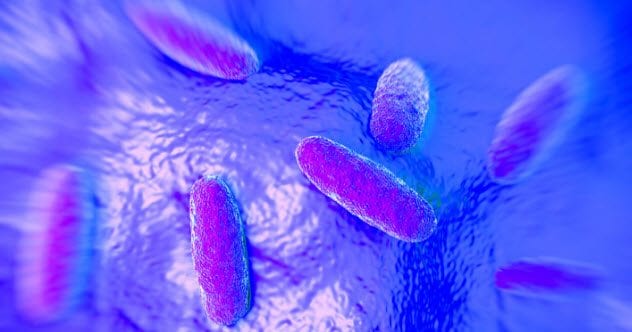 This one isn’t possibly from space, it definitely is. In 2006, space shuttle mission STS-115 was performing an experiment: The Salmonella bacterium was grown on board to observe its development in space. Expecting a routine study, the unwitting astronauts were shocked to find themselves plunged into a science fiction plotline.

The bacteria grown aboard the spacecraft displayed drastic mutations in a whopping 167 genes, with alterations to the production of 73 proteins. Tests with lab mice showed the mutant germ to be much deadlier than the Earth variety, even when far fewer bacteria were present.

Researchers were able to figure out that low gravity was to blame for the extreme transformation, proving that any bacterium in space could become a killer. Who knows? Astronauts may accidentally breed an apocalyptic disease in their tube of mashed potatoes. 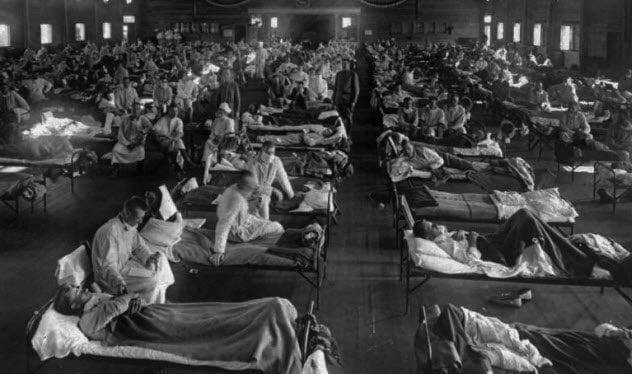 In 1918, the world was in the grip of one of the deadliest epidemics of all time. Called Spanish flu, this disease infected one-third of the Earth’s population and claimed roughly 20 million lives. It was a uniquely deadly strain of a common virus, and English astronomer Sir Fred Hoyle had a theory as to why.

Comets, he thought, deposited frozen alien viruses into the atmosphere. They were then blasted down to the Earth’s surface by energy generated by sunspot activity. This activity peaks every 11 years, pushing more of the tiny invaders to ground level.

Convincingly, this 11-year cycle was shared by all global flu outbreaks for over 250 years, meaning that the Spanish flu disaster may have been Earth’s first large-scale alien invasion. 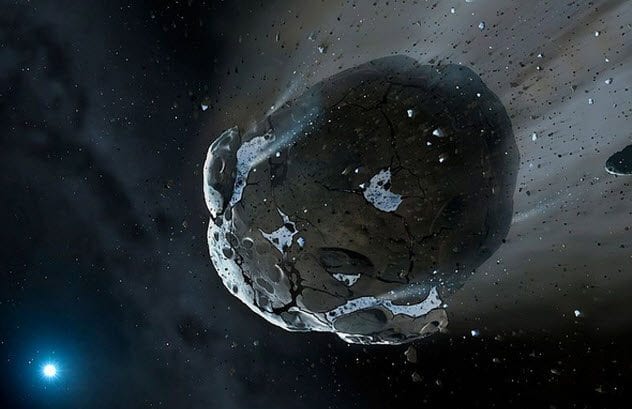 Ebola is one of the most horrifying diseases imaginable. Causing heavy bleeding and an agonizing end, it really is a fate worse than death. So of course, the infamous 2014 outbreak had the world united in terror—but some for more reasons than others.

Ashley Dale of England’s Bristol University had a theory. Millions of years ago, he thought, the Ebola virus may have arrived on Earth from a meteorite collision. Citing evidence that microscopic life-forms have been shown to survive the vacuum of space, he believes that alien rocks would have made the perfect vehicle.

The bizarrely deadly virus would have then adapted to our planet’s conditions before finding the perfect hosts: us. The evidence is shaky, but it does make for a tempting explanation of a disease that seems too terrible to come from boring old Earth. 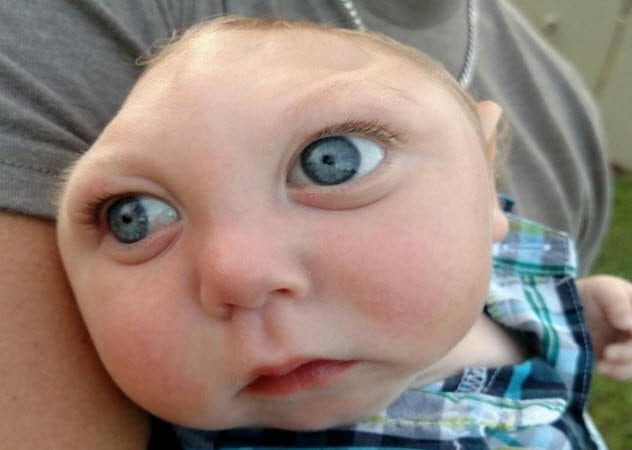 By now, the entire world has learned to fear the Zika virus. The disturbing birth defects caused by the illness are scary enough, but the virus’ ability to quickly mutate is another cause for concern. It changes faster than we can figure it out due to its ability to absorb foreign DNA.

According to University of Buckingham researchers, that’s more dangerous than we realize. They believe that the only explanation for the virus’ random adaptations—such as the sudden ability to transmit via sexual contact—is the absorption of alien DNA.

Claiming that alien microbes are constantly being delivered to Earth by space debris, the researchers think Zika is using the extraterrestrial genes to beef itself up. Unless action is taken, they say, the virus will mutate out of control and threaten humanity. So, uh, consider yourself warned. 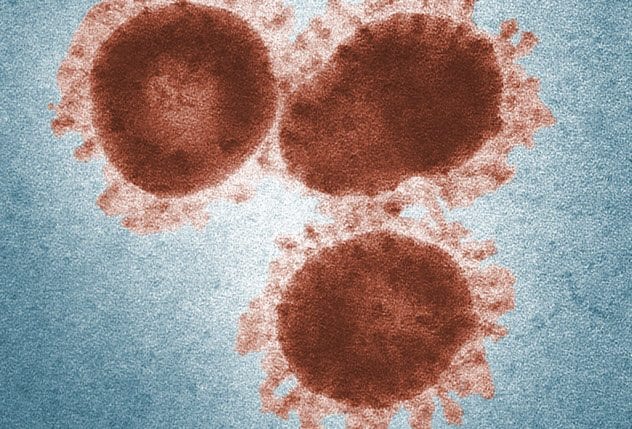 In 2002, the severe acute respiratory virus (SARS) first appeared in China. In no time, it had spread worldwide, keeping people too scared to leave their homes. It was undoubtedly deadly, but it was quickly contained.

The sudden appearance of such a uniquely deadly disease gave many people, including scientists at England’s Cardiff Centre for Astrobiology, cause to wonder where it had come from. The scientists suspected that virus-filled space dust could have drifted down through the atmosphere and landed east of the Himalayas, where the stratosphere is at its thinnest.

Then these microbes would have started infecting the locals, whose immune systems would have been defenseless against the alien germs. The theory, while bizarre, accounts for the strangely sudden outbreak and deadliness of the virus. 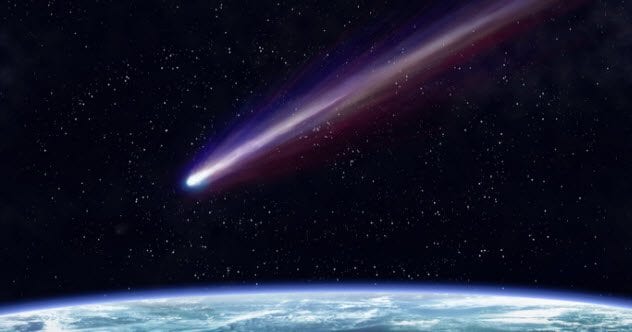 When it comes to disease, the human immunodeficiency virus (HIV) takes the nightmare-inducing cake. Responsible for AIDS, HIV is one of the most feared viruses on the planet. However, Chandra Wickramasinghe, a professor at England’s Buckingham Centre for Astrobiology, believes it’s more than just scary. He thinks it’s alien.

Wickramasinghe and his team believe that superviruses like HIV are constantly being introduced to the Earth by comet collisions. They even believe that one such virus may have been the real cause of the dinosaurs’ extinction.

No terrestrial virus, they argue, could be responsible for such devastation. In the case of HIV, they feel that it was probably a dormant Earth virus which absorbed strands of alien genetic material and became deadly.

Of course, this contradicts the accepted theory that the virus developed in monkeys, leaving the professor with few believers. 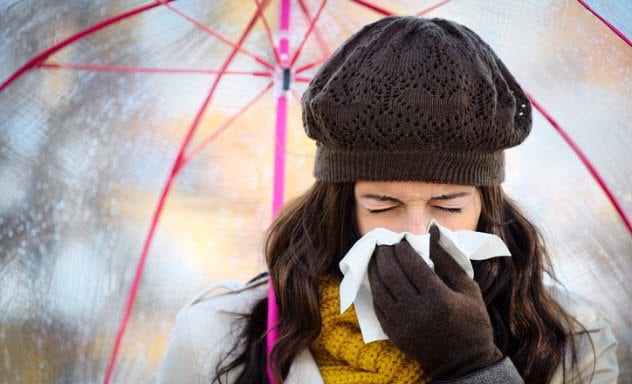 That case of the sniffles you deal with several times a year isn’t just annoying, it’s astronomically annoying. At least according to the 1979 book Diseases from Space.

Years before Professor Chandra Wickramasinghe formed his theory about HIV, he and astrobiologist Sir Fred Hoyle were busy penning this exhaustive defense of panspermia. It suggests that most space dust consists of microscopic creatures, going so far as to claim that the common cold is actually an alien invader.

It simply drifted down into the atmosphere and waited for rain or snow to pick it up and carry it to its waiting victims. As difficult as it may be to believe, the research is surprisingly solid and the book makes a great case. 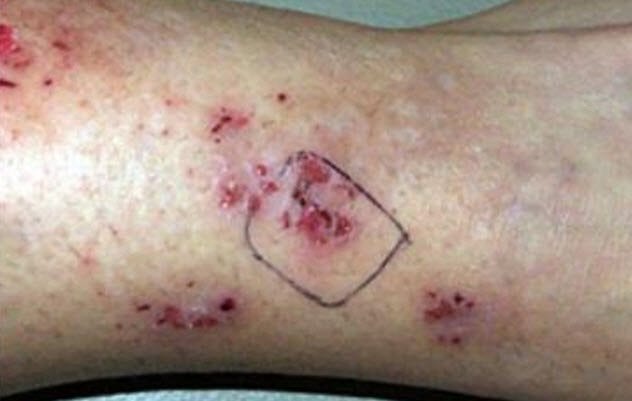 Imagine the constant, maddening sensation of crawling beneath your skin. Imagine horrible sores popping up on your body. Now imagine that those sores began to sprout coarse, multicolored threads. Welcome to the mysterious world of Morgellons disease.

For years, this mysterious ailment has plagued people around the world. Skin-crawling sensations lead to bizarre fibers growing from the victim’s flesh. Rotting teeth and sleeplessness are also symptoms. Most troubling, though, is that testing of the odd strings reveal that they have no cellular structure and can’t be identified as any known material.

Theories abound about this horrifying illness, with many convinced that it doesn’t come from Earth at all. Some even believe that it could be the result of alien parasites that rode in on the Genesis space probe, which crashed in the Utah desert in 2004.

That may be unlikely, but the disease itself is very real and continues to stump experts to this day.

Raymond is a writer with a passion for the bizarre.