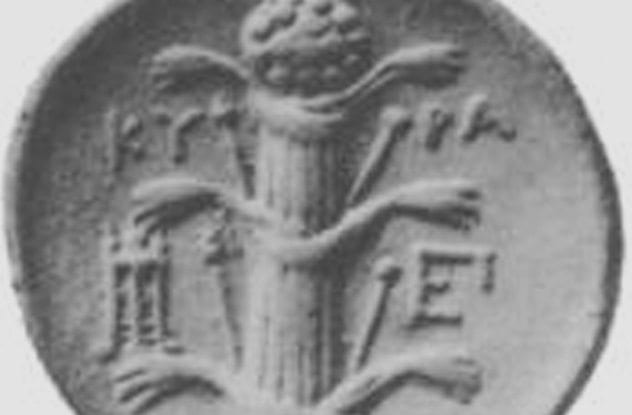 Is it any wonder then that women sought ways to avoid the horrors of the birthing bed? And sometimes, they might just like to have sex without the risk of dying. So, they turned to the best available products at the time.

We find a recipe preserved from 1800 BC for a pessary used to prevent pregnancy from ancient Egypt. Chopped crocodile dung is mixed with honey and salt and “sprinkled over the womb.” This might have created an effective spermicide, but it would definitely be a mood-killer.

The Roman and Greek worlds relied on a more pleasant method—so pleasant that they drove the source of their contraception to extinction. Apparently, silphium was a form of giant fennel used for almost any sickness or culinary recipe. It was so effective and delicious that it came to be worth its weight in silver. Alas, it was also impossible to cultivate and had to be gathered from the wild. The last stalk of silphium was seen during the reign of the emperor Nero. So, now we have to seek our salad and contraceptives in different aisles of the supermarket. 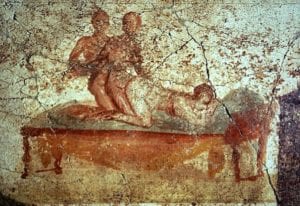 Most people know the Biblical cities near the Dead Sea as dens of depravity. Of course, I refer to Gomorrah and Sodom. And Sodom also gave its name to a class A felony. The locals were fond of the back-door sexual approach, and their predilection became known as sodomy. Their destruction—God was not pleased with them—was described in the Bible. But this did not stop people, especially the Romans, from continuing this popular Greek practice.

Sodomy, or pedico as the Romans called it, was enjoyed by women and men. Women for its contraceptive benefits as no pregnancies resulted from its use. The practice among men was more accepted as it lost its Biblical abomination status. So, where is the crazy part of this fact, you ask?

It lies in the courts! When it came to adultery, the law took the practice of pedico in another direction— the injured party could sodomize the guilty party. Or, if he chose a stand-in, with a large radish! 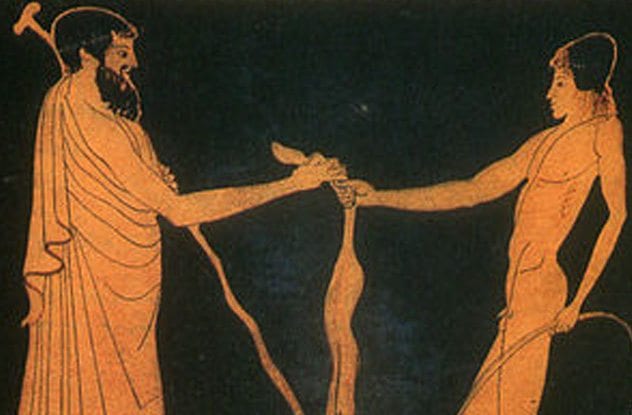 The older man, the Erastes, was expected to court the boy, the Eramenos, with gifts and other devices. The relationship, once established, was supposed to be beneficial to both. The older man got sex, and the younger was introduced to Athenian society with a powerful protector. Sometimes, this relationship is portrayed as simply a May-December romance, but the boys involved were very young. It was considered shameful for anyone capable of growing a beard to still be an Eramenos. 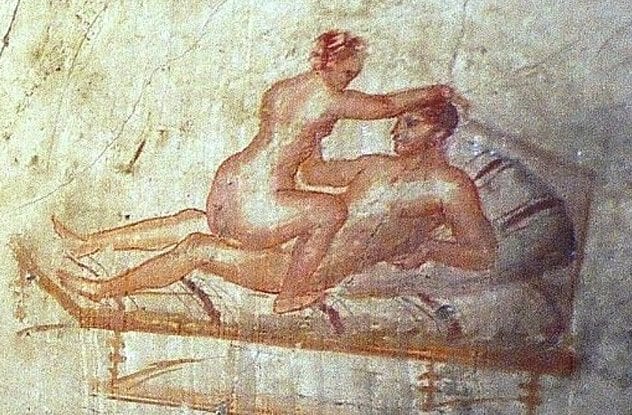 In most societies, prostitution has been, if not illegal, then at least looked on as something deeply shameful. For the Romans, this was not the case. The Lupinar in the ruins of Pompeii gives us a peek into the world of the Roman brothel. Instead of hidden away in a dank alley, it proudly asserts the sort of business one could do inside. Graffiti tells people what to expect from the various women on offer. Once inside, several graphic images help those with less imagination or the illiterate understand just what they were buying.

Things were even more brazen in Babylon. According to the Greek historian Herodotus, at least once in her life, every Babylonian woman had to go to the temple of Ishtar and serve as a holy prostitute. No matter who offered them a coin, they had to accept his advances. Some researchers dispute that this happened, but there seems to be widespread agreement that service to God was the same as servicing men for money for some women. 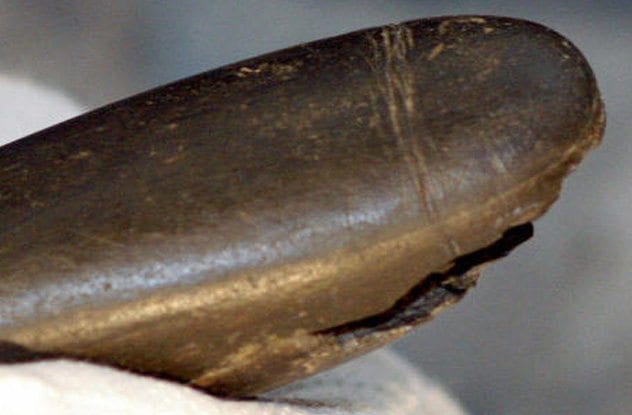 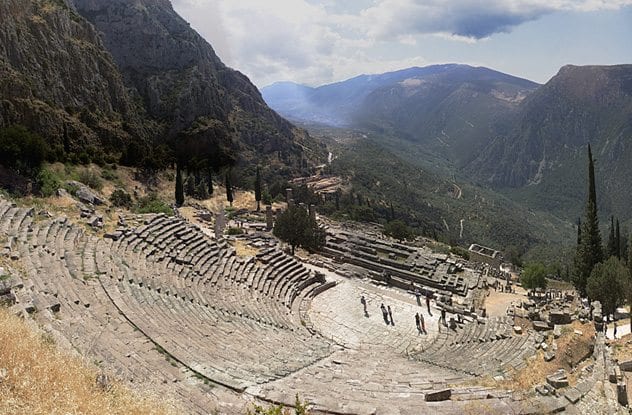 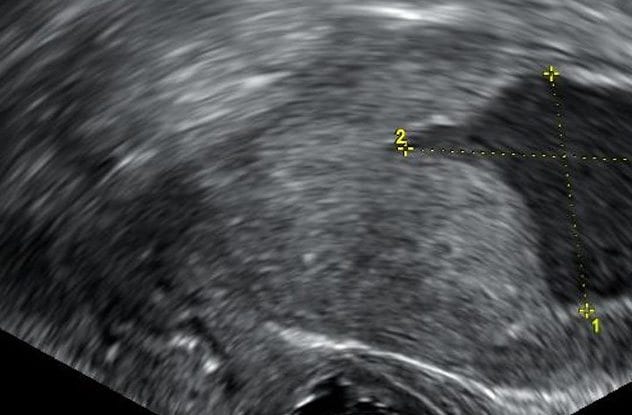 If someone accuses you of being hysterical, they accuse you of something quite specific and very odd. First described by the ancient Greek father of medicine, Hippocrates, hysteria was a disease of women with wide-ranging symptoms. Almost anything could be blamed on hysteria, but it was chiefly thought to contribute to a lack of emotional control. So, what causes hysteria? The uterus traveling around the body. 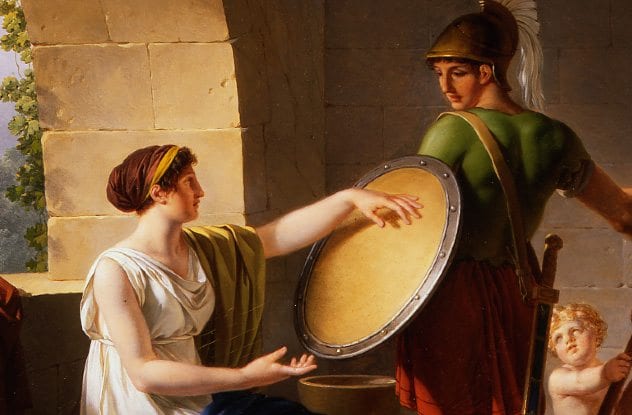 Sparta was in many ways an odd-one-out of Ancient Greece. While women in Athens were kept so secluded that they were thought to speak their own dialect, Sparta’s women received great freedom for the time. When the Spartan queen Gorgo was asked, “Why is it that you Spartan women are the only women that lord it over your men,” she said, “Because we are the only women that are mothers of men.”

But the wedding night could be a strange affair for a Spartan girl. Her hair would be shaved off, and she would be dressed in a man’s cloak and sandals. Thus dressed, she would wait in the dark for her husband to steal in and have his way with her. Some historians have suggested that his cross-dressing on the part of the bride was to get a man more used to spending time with his male brothers-in-arms used to the delights of heterosexuality. 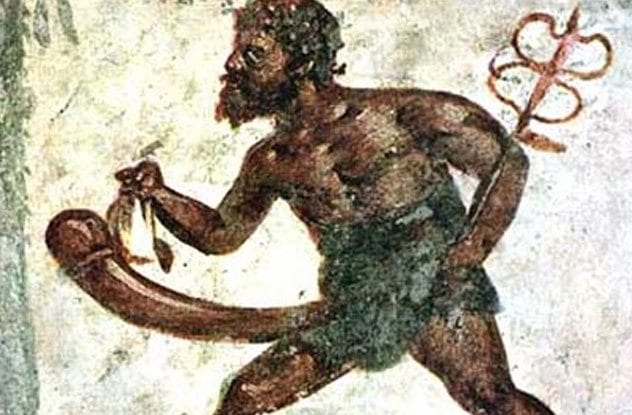 The penis appeared everywhere in the ancient world. You could not walk the streets of ancient Athens or Rome without the risk of poking your eye out. In Athens, statues called Herms were ubiquitous. As a square pillar with the head of the god Hermes, they also feature erect phalluses. These penile protectors were thought so important that when in 415 BC, someone went on a drunken rampage and smashed the penises, it created a crisis in the state.

The penis was thought to possess Apotropaic power—it could ward off evil. It was painted on frescoes, carved in statues, cast in bronze, and generally daubed wherever people might wish to be safe. Often, the phallus is shown with wings, and sometimes these winged penises were hung with bells. These Tintinnabulae acted as both charming wind chimes and magical protectors. 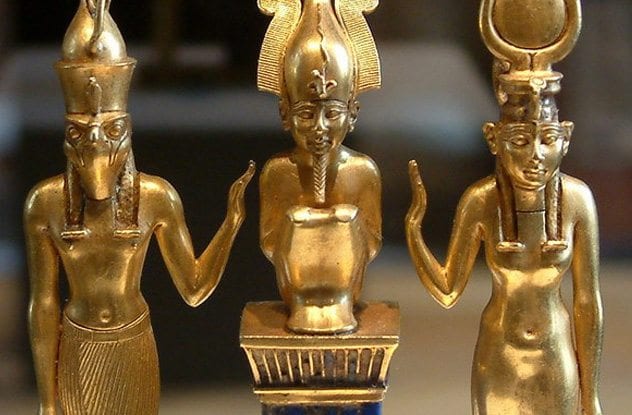 When the god Osiris was killed and dismembered by his brother Set, his wife and sister Isis sought to gather up all his body parts. The only one she failed to recover was his penis—which a crocodile ate. Since the Nile had claimed the penis of a god, it became hugely fertile and brought life to the land. In the first mention in recorded history of a blow job, Isis fashioned a new penis out of clay for her brother-husband and blew life into it.