Some secret lab projects are intended to improve the world. Others seek to develop new high-tech products to market. Still others have different goals entirely. These ten secret laboratories are a sample of the variety of work that goes on (or went on) behind the closed doors of such facilities. 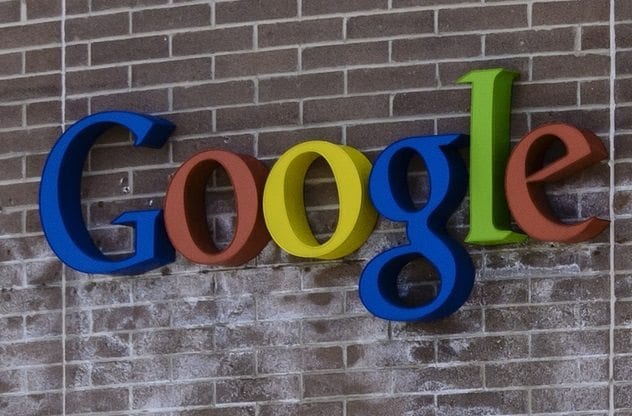 Created in 2010, Google’s research facility, Google X, is housed in an unremarkable brick building near the company’s main location. It has the mission of developing “moonshot” technologies (improbable projects) that require huge capital outlays. Self-driving cars and Google Glasses are two familiar examples. Eric “Astro” Teller, Google X’s director, said, “Anything which is a huge problem for humanity we’ll sign up for, if we can find a way to fix it.”

Two of the 100 or so other ideas Google X is said to be currently pursuing are Internet-connected light bulbs and robotic workers to perform basic tasks at home and at the office. In fact, the robots may go to work while people stay home.

Google X is also experimenting with a high-altitude balloon network to bring Internet access to remote areas of the world, relaying signals to anyone, anywhere. A fleet of such balloons would provide Internet service, supported by Autolaunchers capable of floating a new balloon every half hour. In tests, the balloons have flown for as long as 187 days. The experiment, known as Project Loon, has successfully transmitted data between balloons over 100 kilometers (62 mi) apart in the stratosphere and provided connection speeds up to 10 megabits per second. 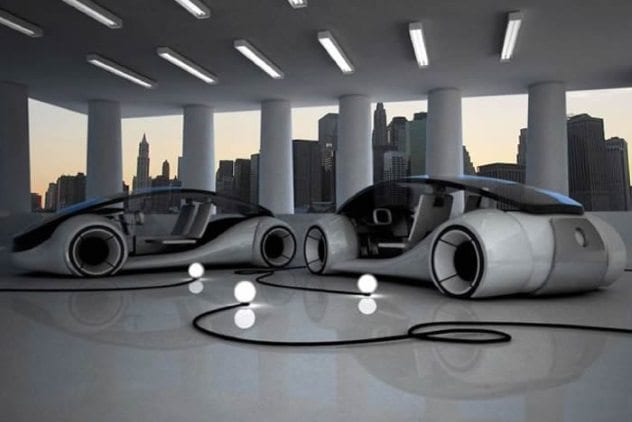 In Apple’s secret lab in Berlin, roughly 20 employees with backgrounds in engineering, software, hardware, and sales are working on their company’s version of a self-driving car. The final product might be put together by auto parts maker Magna, which also manufactures parts for BMW and Mercedes-Benz.

The team’s efforts have been bolstered, from time to time, with the expertise of automotive experts from Tesla, Ford, and Mercedes-Benz. The Apple self-driving car is due to debut in 2019 or 2020. 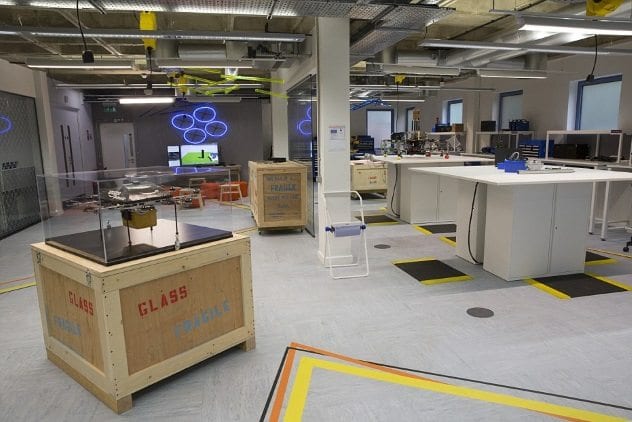 Amazon’s secret lab in Cambridge, England, is perfecting 30-minute home delivery of packages by drones. Using 3-D printing technology to make drone parts expedites the process. Using GPS technology, the Amazon Prime Air Service drones can ascend to a height of 122 meters (400 feet) to locate markers and deliver their cargo, employing a “sense and avoid system,” which allows the drones to circumnavigate obstacles.

The unmanned aircraft will be monitored by a “safety operator.” If a drone detects an unanticipated obstacle as it seeks to deliver a package, it will abort the delivery and ascend to avoid a possible collision. Packages up to 2 kilograms (4.4 lb) can be delivered to a distance of 24 kilometers (15 mi). 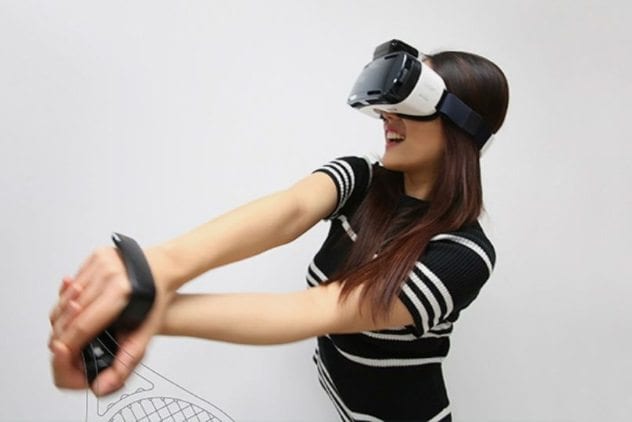 The belt, called WELT, keeps track of its wearer’s waist size and monitors the owner’s eating habits, how many steps they take, and how long they spend sitting down. The rink, a motion controller worn over the hand, allows its wearer to experience a “more intuitive and nuanced way to interact [with virtual reality].” The watch, TipTalk, allows a wearer to better hear phone calls in noisy areas by touching a finger to his or her ear. 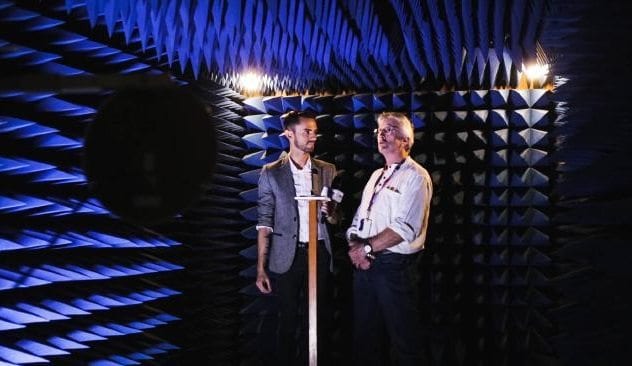 Quality assurance is the aim of the tests. “Our engineering experts perform 3,450 unique types of tests for each device—spanning things like protocol, performance, antenna/receiver sensitivity tests and user experience tests for things like voice quality and data throughput,” a Telstra spokesperson explained. One of the more extraordinary devices lab personnel tested in 2016 was the Telstra Nighthawk M1, which, is capable of 1-gigabit-per-second download speeds, allowing users to connect several Wi-Fi devices at once. 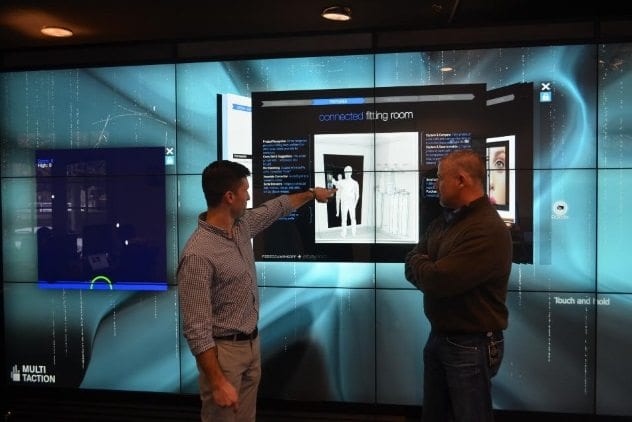 eBay’s secret lab in San Jose, California, is helping to revolutionize shopping by marrying online capabilities to brick-and-mortar stores and other traditional businesses. The lab, known as the “Bat Cave” to its 17 personnel, has partnered with fashion designer Rebecca Minkoff, helping her to open boutiques in New York and San Francisco with technological developments like “smart” dressing rooms. The rooms’ mirrors will display style guides and sizing, but the boutiques’ main attraction will be a $300,000, 5.2-meter (17 ft) “iWall,” which will react instantly to touch, like a giant smartphone.

In addition, the lab has developed a “connected kiosk” at Simon Property Group’s Stanford Shopping Center in Palo Alto, California, and has placed touch screen technology in stores to help customers navigate the store and find or order items. 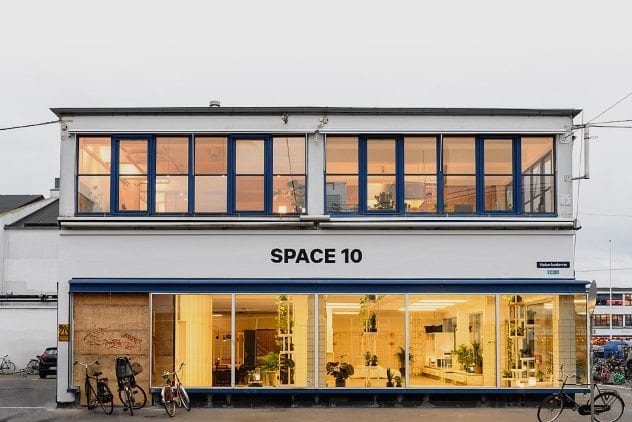 Copenhagen’s meatpacking district might seem a strange place for a company’s lab, but that’s where IKEA located Space 10, a center for research and display. Space 10 brings together artists, designers, and technicians to develop a variety of prototypes that are displayed at exhibitions and workshops.

In addition to a 3-D-printed meatball, the lab has produced the Crispy Bug Ball, the Urban Farmer’s Ball, and the Wonderful Waste Ball to represent several trends that are revolutionizing the field of food production, including lab-grown meat and algae harvesting. 3-D-print-on-demand technology is used to create customized food consisting of algae proteins, beet leaves, or insects to accommodate consumers’ preferences.

Other projects on which Space 10 personnel are hard at work include a technologically assisted hydroponic farm and advanced tools (like laser cutters and 3-D printers) for recycling disposable materials. 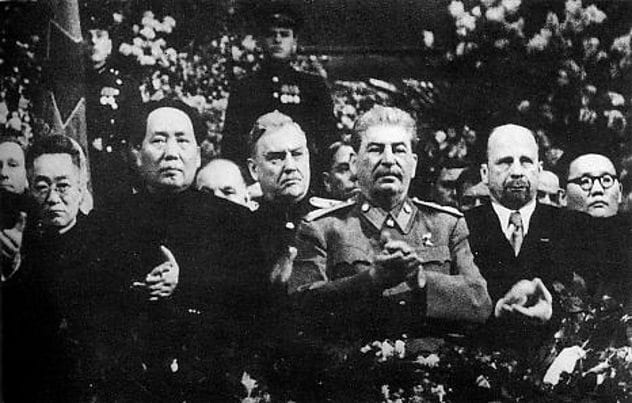 The Russian government once operated a secret feces analysis lab. During the regime of Joseph Stalin, secret police collected the feces of Mao Tse-tung and others, analyzing their excrement to “construct psychological portraits” of them. Igor Atamanenko, a former Soviet agent, uncovered the operation while researching the Russian secret service’s archives.

A room couldn’t be bugged with listening devices at the time, so Russian specialists came up with the idea of collecting and analyzing human excrement. Stool, researchers believed, could provide insight into the psyches of those in whom the intelligence officers were interested. For example, high levels of tryptophan would mean that the person is calm and approachable. On the other hand, a lack of potassium was seen as a sign of a nervous disposition and insomnia.

To collect specimens from Mao, agents were said to have installed special toilets connected to secret boxes. When Mao’s feces suggested it was a bad time to sign an agreement with him, Stalin declined to do so. Nikita Khrushchev, who succeeded Stalin as Russia’s leader, ended the project and closed the secret lab. 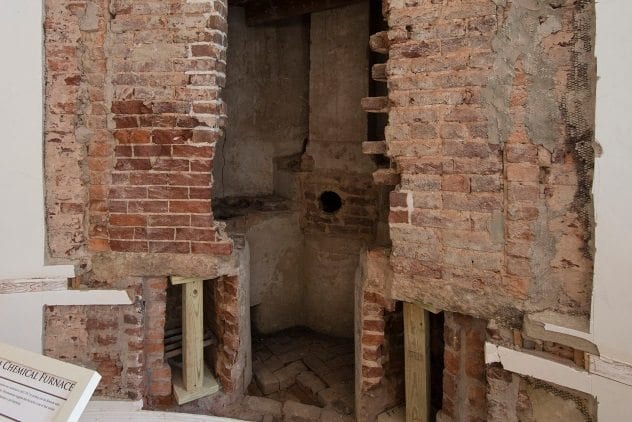 As the project manager supervising a renovation of the University of Virginia’s Rotunda, Matt Scheidt wanted to know how thick the Rotunda’s walls were, so he crawled through a hole in one of them and discovered a chemistry lab designed by Thomas Jefferson. The lab was constructed in the 1820s, toward the end of the Rotunda’s construction, and was walled off in 1840, due to changing, more sophisticated teaching methods. As a result, it survived both a fire in 1895 and extensive renovations in the 1970s.

Until October 2015, when Scheidt entered the Rotunda, the lost lab had remained a secret. Now, one of a rare few such old “chemical hearths,” the lab is displayed as part of an exhibit in the Rotunda’s visitor center. 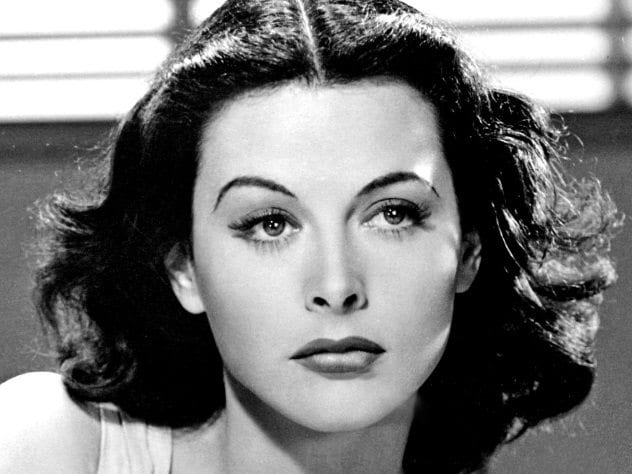 Hedy Lamarr wasn’t simply a beautiful and accomplished star of Hollywood’s Golden Age; she was also an amateur scientist who kept a “secret laboratory” in her bedroom. When she lived in Germany, she was married to an arms dealer, from whom she learned about technology. After she’d moved to the United States and World War II had begun, she wanted to do her part to assist in the war effort.

Aware that torpedo signals were often getting jammed, she and composer George Antheil, inspired by piano music, developed and patented a frequency that could “change and switch much like a player piano,” making torpedoes jam-proof. Their frequency is still used in today’s Wi-Fi, cell phone, and Bluetooth technologies.

Gary Pullman lives south of Area 51, which, according to his family and friends, explains “a lot.” His 2016 urban fantasy novel, A Whole World Full of Hurt, available on Amazon.com, was published by The Wild Rose Press. An instructor at the University of Nevada, Las Vegas, he writes several blogs, including Chillers and Thrillers: A Blog on the Theory and Practice of Writing Horror Fiction and Nightmare Novels and Other tales of Terror.