It’s terrifying to think that there are still people out there in the world who refuse to believe that the Holocaust was real. In the face of so much evidence, it takes an incredible combination of hatred and will to convince yourself that the deaths of at least six million people were faked.

Despite what a small fringe believes, though, the Holocaust really happened—and we can prove it. Even discounting the stories of the million Jewish survivors who witnessed it firsthand, there is a wealth of physical evidence that the Holocaust happened just the way history records—and that the details were not exaggerated.

10 The Jewish Population Dropped By A Third 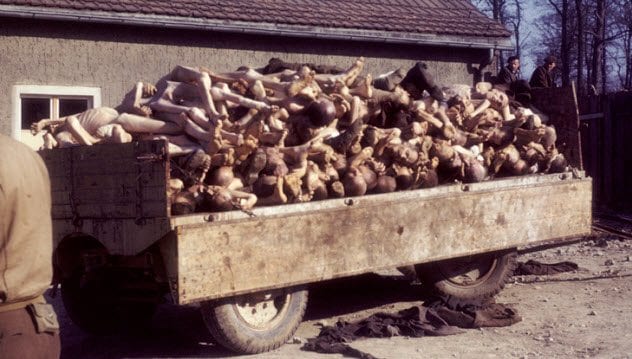 The Nazis took a deep interest in these numbers. They monitored the number of Jews still living in Europe, working to get the number down to zero. We have proof of that. In 1943, Heinrich Himmler commissioned a report called “The Final Solution of the European Jewish Problem”—one of the Nazi documents that most clearly shows their approval of Jewish genocide.

This was a statistical report, listing the number of Jews still left in Europe. It notes how the numbers are dropping and takes a twisted pride in Germany’s role in getting the Jewish population down.

“Altogether,” the report boasts, “European Jewry must have been reduced by almost half since 1933, that is to say, during the first decade of the development of the power of National Socialism.” 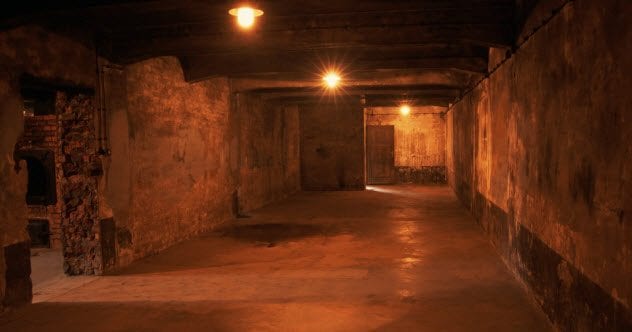 The gas chambers used to exterminate Jews were left behind, but they were not in the same condition they’d once been in. The Germans tried to destroy them, dynamiting some in the hopes of erasing the evidence.

It didn’t work. The chambers were still intact, along with the doors that were lined with airproof seals around the edges. There’s no question that these airtight seals were meant to keep poisonous gases from leaking out of the chambers. In the work order sent by the Auschwitz Construction Office, the doors are specifically described as “gas-tight.”

We’ve also found holes in chamber rooftops. These holes perfectly match survivors’ descriptions of how the Germans would pour Zyklon B crystals into the chambers. Zyklon B also left a residue that proves it really was used. The insides of the chambers are lined with hydrogen cyanide—a key component of Zyklon B. 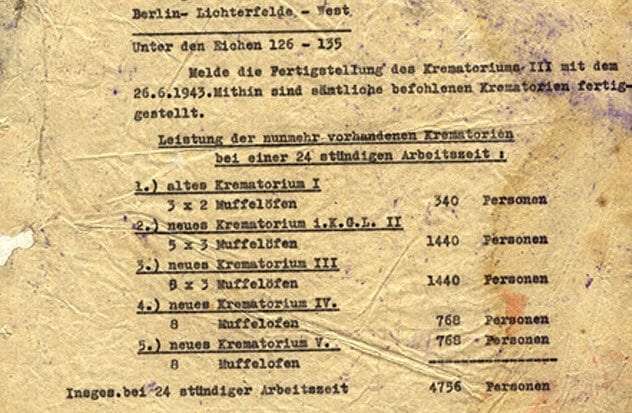 In a letter dated June 28, 1943, Auschwitz administrator Karl Bischoff wrote up a tally of all the cremations his men had performed on a single day. In just 24 hours in one camp, his men had cremated 4,756 Jewish people.

It seems like an impossibly high number, but the people who burned the bodies insist it is accurate. One, Henryk Tauber, reported that “on average, we incinerated 2,500 bodies a day.”

They used cremation equipment that was only meant to burn one body at a time, which would have made those numbers impossible. The Nazis, however, ignored basic decency to get through the work more quickly.

“Generally speaking, we burned four or five bodies at a time in one muffle,” Tauber explained, “but sometimes we charged a greater number of bodies. It was possible to charge up to eight.” 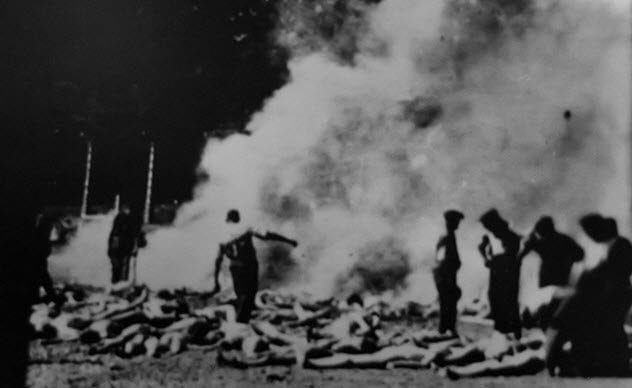 Sometimes, the Nazis killed too many people to cremate in a single day. On those days, the Nazis took the dead out to a large burning pit to dispose of the bodies.

We also have aerial photos of the burning pits letting out plumes of smoke. These were taken in 1944 by Allied reconnaissance planes that happened to photograph Auschwitz, not fully aware of what they were seeing. They caught, on camera, smoke emanating from one of the burning pits as Jewish lives were brought to an end. 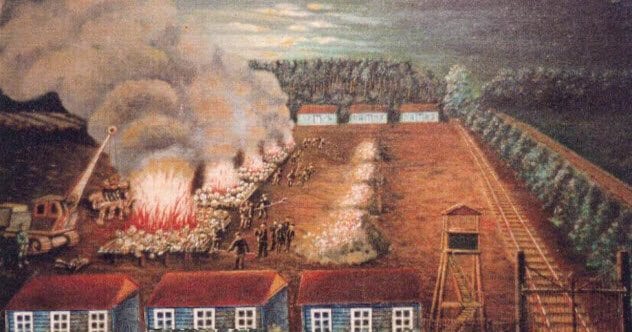 “Operation Reinhard” was the code name given to three death camps in southern Poland: Treblinka, Belzec, and Sobibor. While some Auschwitz prisoners were put into lives of forced labor, these camps were used purely for extermination.

Mass graves have been found in all three. Inside the graves are the cremated remains of the dead and a few bones that had been crushed into tiny shards.

In 1943, a telegram reporting on the Reinhard death camps was intercepted by the Allies. It was coded, referring to the camps by their first letters, and was ignored by the men who found it. It took until 2001 before anyone realized what it was.

By the end of the war, an estimated two million people died in these camps alone. 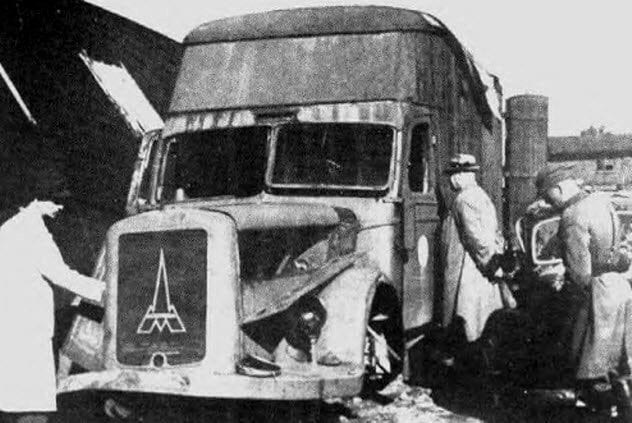 In some death camps, Jews were exterminated in gas vans. These were large black vehicles with massive, airtight cargo compartments in the back. Thousands of Jews were forced into those compartments, and there they died.

The exhaust pipes were curved, turning under the car and up through holes in the floor. When the ignition was sparked, the carbon monoxide of the exhaust would fill up the compartment, killing everyone inside.

Several German officers left behind letters about the vans, most complaining about the way the vans were built. One, Dr. August Becker, wrote that he “ordered that during application of gas all the men were to be kept as far away from the vans as possible” to ensure their safety.

Another suggested moving the exhaust “so that the gas is fed from the top downwards” to keep the vehicles from rusting. In another letter from an SS officer to the Reich Security Office, the officer complained that he didn’t have enough gas vans to kill everyone he was expected to kill. “A transport of Jews, which has to be treated in a special way, arrives weekly,” he complained. “The three S-vans which are there are not sufficient for that purpose.” 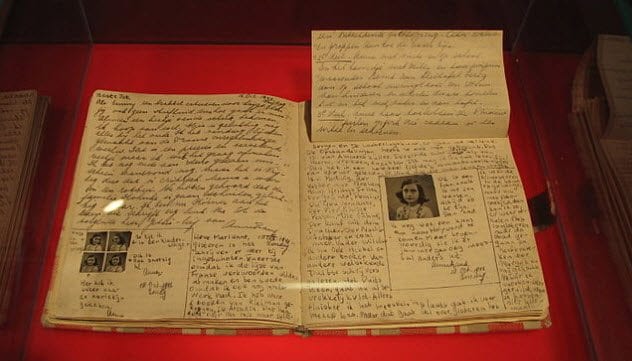 Some Holocaust deniers believe that Anne Frank’s diary was faked. They claim it is a forgery, a scheme by her father to get rich. One denier called it “just one more fraud in a whole series of frauds perpetrated in support of the ‘Holocaust’ legend and the saga of the Six Million.”

Most people just ignore the Holocaust deniers, but the Dutch government actually tested their claim. The government analyzed Anne Frank’s original diary and proved in several ways that it was legitimately written by Frank herself.

For one thing, the handwriting was consistent throughout the diary and with other examples of her handwriting. According to the report, the diary entries also had characteristics that fit the way young girls tend to write.

The materials were also proven to have been purchased before the end of the war. The paper, ink, and glue used in the diary were all created before the early 1940s. Different types of glue and ink were introduced in 1950, and the materials that made up Frank’s diary were extremely rare after the war ended.

The government also found that Anne Frank had passed the time by making a second draft of her diary. Fittingly for a teenage girl, she’d wanted to adapt her life into a detective story. So she rewrote her own life, using the family name “Robin” instead of her own.

3 Witnesses To The Babi Yar Massacre 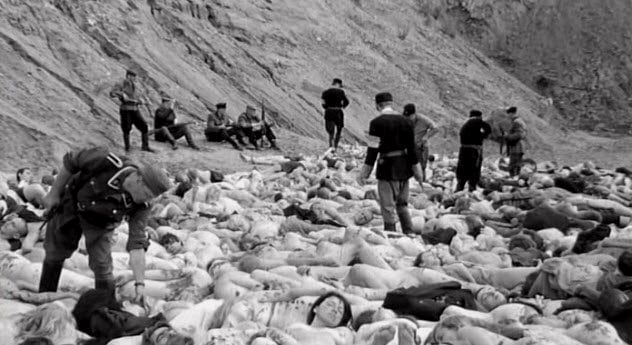 The Babi Yar Massacre was one of the worst mass killings of the Holocaust. On a single day in September 1941, 33,771 Jews were massacred in a ravine in Ukraine. There were few survivors. But some faked their deaths and escaped to tell the story.

However, the victims aren’t the only witnesses who confirmed that the massacre really happened. Some of the killers did, too, and their versions of the story perfectly corroborate the ones told by the survivors.

A German truck driver named Hofer said that the victims were forced to lie down on top of the bodies of the dead. “A police marksman came along and shot each Jew in the neck with a submachine gun,” he described. “It went on this way uninterruptedly, with no distinction being made between men, women, and children. The children were kept with their mothers and shot with them.”

Kurt Werner, one of the executioners in the massacre, described the same scene. “I had to spend the whole morning down in the ravine,” he said. “For some of the time, I had to shoot continuously.” 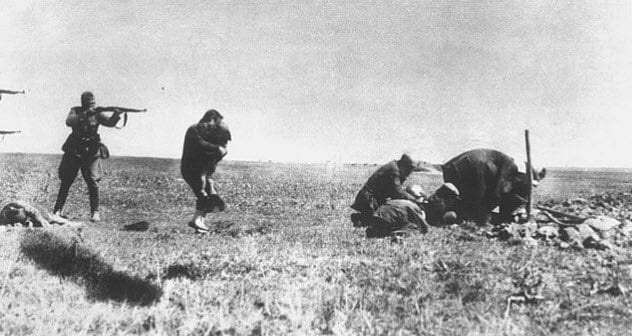 When the German Army marched into the Soviet Union, a group called Einsatzgruppen followed behind them. These were Nazi death squads who sought out and massacred Jews, usually gunning them down. The death squads murdered at least one million people before they were turned back, leaving a trail of mass graves in their wake.

The Einsatzgruppen sent weekly reports back to Berlin with updates of their massacres—and 194 of the 195 reports have survived to today. The reports list the dates, numbers, and ethnicities of the people killed by the Einsatzgruppen. Most of their victims were Jewish.

“I consider the Jewish action more or less terminated as far as Einsatzkommando 3 is concerned,” one report reads. “I am of the view that the sterilization program of the male worker Jews should be started immediately so that reproduction is prevented. If, despite sterilization, a Jewess becomes pregnant, she will be liquidated.”

1 Hitler Knew About It 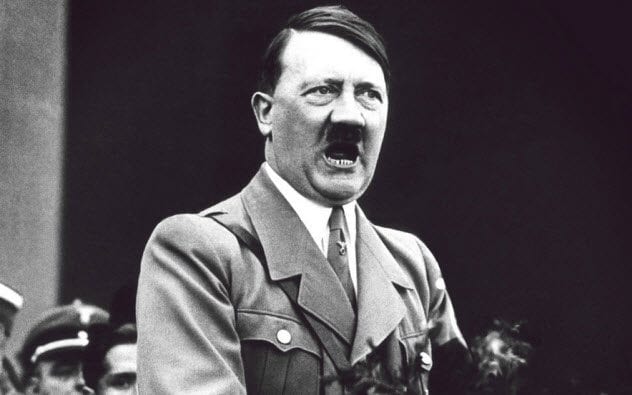 There is no question that Hitler knew and approved of what was going on. To keep his records clean, Hitler never wrote and signed an official order. But there is more than enough evidence to show that he was behind it.

Hitler, worried about the public reaction to the Holocaust, seems to have given orders verbally rather than writing them down. So we don’t have his Holocaust order in writing.

Nazi soldiers confirm, though, that the orders came from Hitler himself. SS officer Adolf Eichmann wrote in his memoir that Reinhard Heydrich told Eichmann in 1942 “that the Fuhrer had ordered the physical destruction of the Jewish opponent.”

Despite all his caution, Hitler’s name is on one damning piece of paper. The “Report to the Fuhrer on Combating Partisans” announced that 363,211 Jews had been executed. On it are marked the words: “Shown to the Fuhrer.”