Casting choices can affect a movie more than we realize. We have ideas about the actors in Hollywood that affect how we see them, and we read certain things into their demeanors. The little differences in how we see every performer can completely change the experience of seeing a film.

If some studio executives had gotten their way, some of your favorite characters would have been played by the last person you’d expect, and some classic movies would have been very, very different. 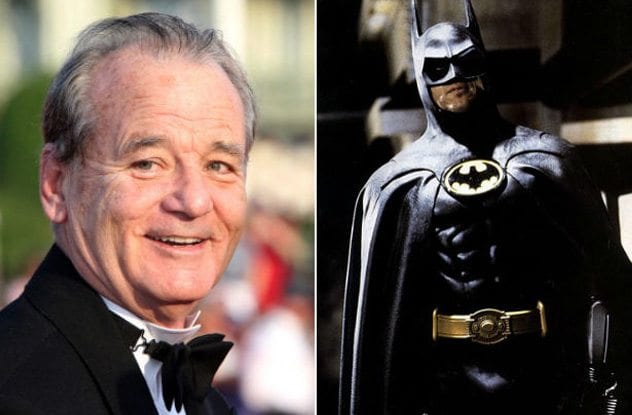 We very nearly got to see Bill Murray play the Dark Knight. Before Michael Keaton won the starring role in Batman, it was going to go to Bill Murray, and the movie was going to be completely different.

Originally, the studio wanted the 1980s Batman to be just like the one in the 1960s TV show. Instead of being a dark, gothic vision of a brooding crime fighter, Batman was going to be a comedy directed by Ivan Reitman, the man behind Ghostbusters.

The cast gets weirder. Not only would Bill Murray have been the man behind the cowl, but we would have seen Eddie Murphy as Robin and David Bowie as The Joker.

All that changed when Tim Burton took over. But even when Burton changed the movie from a comedy into a dark crime-fighting film, the studio still tried to insist on keeping Bill Murray as Batman. Burton had to fight to get Bill Murray out of his movie. 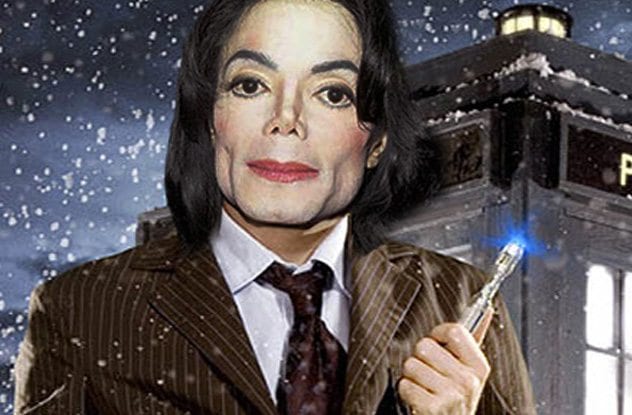 In 1988, Paramount Pictures was getting worried about the success of Back To The Future. Universal Pictures was making a fortune, and Paramount needed a sci-fi hit that could compete. They thought they had the perfect plan to do it, too. They were going to make an Americanized version of Doctor Who, starring Michael Jackson.

It wouldn’t have been Michael Jackson’s first sci-fi role. He already had Moonwalker under his belt, and while it didn’t exactly prove his ability as an actor, it did prove his ability to make money, which was what really mattered.

Reportedly, Jackson was “quite keen” to play the role, but even if he couldn’t do it, Paramount had a second choice: Bill Cosby. Sure, it might seem like a bit of a shift to replace a moonwalking pop star with a 50-something Jello spokesman. But if you look at them through the eyes of 1980s movie producer, all you’ll see is big green stacks of money.

When 2005’s Charlie And The Chocolate Factory first went into production, Marilyn Manson started an active campaign to get the lead role. Nobody was better a bit fit to star in a children’s movie, the shock rocker believed, than the man behind Antichrist Superstar.

“I see Willy Wonka as Satan,” Marilyn Manson told the press. “I think I can play that role like no one else.”

For a while, it seemed like he was going to get the role, until Warner Brothers put their foot down in the harshest way possible. “Neither [director] Gary Ross nor Warner Bros Pictures has any intention whatsoever of casting Marilyn Manson in the revered role of Willy Wonka,” they announced. Then, to add a little insult to the injury, they threw in, “or any other role.”

Marilyn Manson, though, was by no means the weirdest candidate. If a rumor on the Internet is true, Tim Burton had an even weirder actor in mind. According to Entertainment Tonight, if Johnny Depp couldn’t do it, his second choice was The Rock. 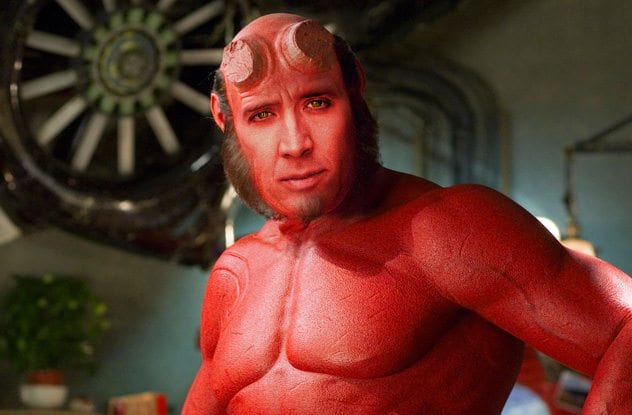 Universal Studios wanted a big star to play Hellboy. They didn’t really care who it was, they just didn’t want it to be Ron Perlman. They brought in every actor they could and tried to convince director Guillermo Del Toro to cast one of them instead.

Their first choice was Nicholas Cage, but that doesn’t mean we would have seen Nicholas Cage in a Hellboy costume. The studio wanted their demon from hell to just look like regular, everyday Nicholas Cage. Del Toro says that the executives told him, “What if you call him Hellboy and he comes from Hell and all that, but he looks like a guy?”

If Del Toro had given in, Nicholas Cage’s Hellboy would have had a car called the “Hellmobile” and a “pet dog that comes from hell and is red.” And when he got angry, he would have turned into a big red monster.

Nicholas Cage, of course, wasn’t the only choice. If they couldn’t get him, they had a backup, The Rock, who, apparently, is the understudy for every movie ever made. 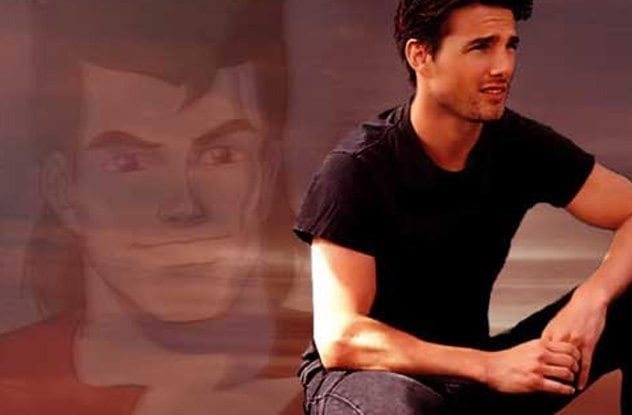 Originally, the environmental avenger Captain Planet had a much more famous voice: Tom Cruise. In the first version of the cartoon, they somehow landed the star of Top Gun in the lead role.

Nobody knows for sure why Tom Cruise dropped out. Generally, it’s assumed that he just didn’t get enough money, but according to David Coburn, the man who took over the role, it wasn’t Tom Cruise’s decision at all. Coburn claims that Cruise was fired.

“It just wasn’t working. They replaced him with me,” Coburn says. “One of the reasons they picked me is the guy I’m playing is not a macho superhero. He’s like a big brother, an encouraging coach. He inspired kids to do better.”

Even without Cruise, Captain Planet has a bizarrely star-studded cast for a Saturday morning cartoon. You might not realize that one of the planeteers was voiced by LeVar Burton, or that Whoopi Goldberg was the voice of Gaia. The cast of villains was even more incredible, with Elizabeth Taylor, Danny Glover, Jeff Goldblum, Martin Sheen, and Malcolm McDowell showing up bit roles in the show. 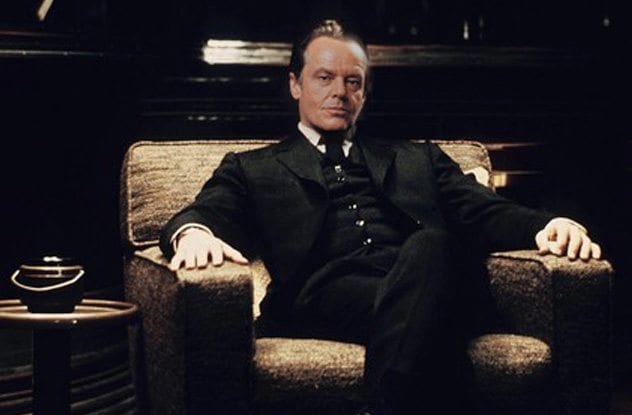 Before Al Pacino got the lead role in The Godfather, they offered it to somebody very different. Instead of seeing the cool and contemplative face of Pacino handling the family business, we might just have seen the mad grin of Jack Nicholson.

When Nicholson passed, they tried to give the role to Warren Beatty. Beatty, though, turned it down as well, complaining, “Not another gangster movie!” Al Pacino only got his most legendary role because their first two choices turned it down. 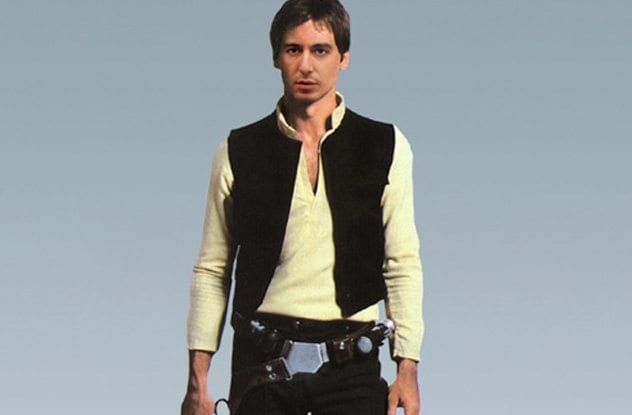 When Star Wars went into production, the studio wasn’t too interested in casting an unknown carpenter named Harrison Ford as Han Solo. They wanted a big name, so they called Al Pacino.

“They didn’t care if I was right or wrong for the role,” Al Pacino said about the experience. “I was in The Godfather.” Pacino, at the time, was getting offers from everyone. He didn’t understand Star Wars, though, and no interest in talking about how many parsecs he needed to make a Kessel Run, and so he turned it down.

After Pacino dropped out, the studio went for any other big name they could find. Robert DeNiro, Jack Nicholson, Christopher Walken, and Nick Nolte were all offered the role of the intergalactic bounty hunter, but every one of them turned it down.

Burt Reynolds, too, came close to taking the role. At the time, though, he says he picked roles based on where it was shot and who was the female lead. Apparently, Carrie Fisher just wasn’t enough to pull Reynolds into the desert. 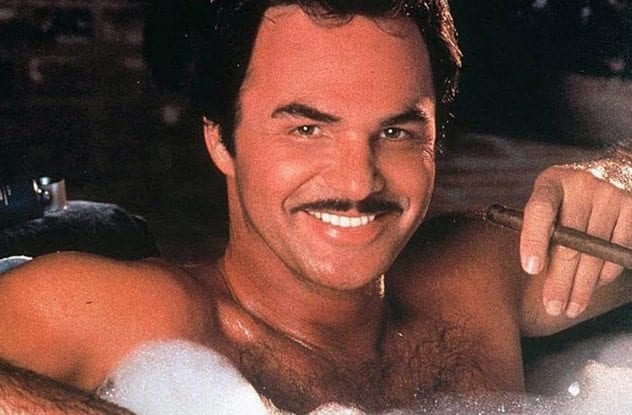 Reynolds came a lot closer to taking another iconic role, British secret agent James Bond. In 1970, after Sean Connery dropped out of the role, the studio tried to get Burt Reynolds to play 007.

Reynolds was as confused as anyone else. “An American can’t play James Bond,” he said. “It has to be an Englishman.”

He managed to convince the studio not to cast him, and Roger Moore took the role instead. In his later years, though, he began to regret it. In his older age, Reynolds insisted that he would have made it work. Even if he wasn’t British, he would have made a good James Bond, he claimed, calling not taking the role “stupidity.”

George Lucas didn’t want Harrison Ford for Indiana Jones. He tried to talk Steven Spielberg out of casting him, telling him, “He’s been in two of my movies. I don’t want him to be my Bobby DeNiro.”

Instead, Lucas wanted the star of Magnum P.I., Tom Selleck, to take the lead role. Selleck even filmed a screen test, playing a much angrier and louder Indiana Jones than the one we ended up seeing in the film. Lucas loved it. “It turned out really well,” he said.

“I didn’t turn it down,” Selleck later said. He wanted the role, but CBS wouldn’t let him take it. They had a contract, and they didn’t want him splitting his attention away from Magnum P.I. Selleck wasn’t happy about it. Years later, telling the story, he threw in a bitter, “I could have done them both.”

1O.J. Simpson As The Terminator 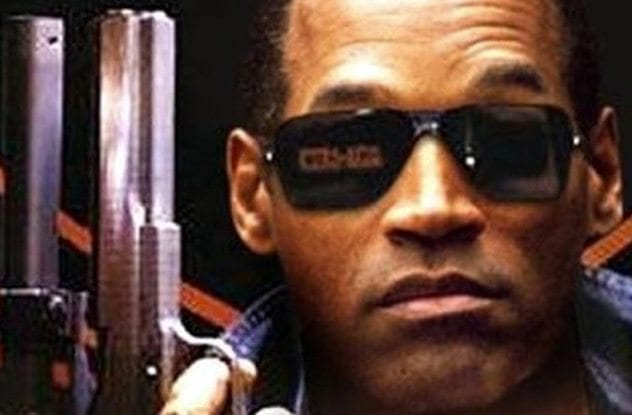 The head of Orion Pictures, Mike Medavoy, had a very different vision for The Terminator. He didn’t want an Austrian muscleman in the lead role, he wanted O.J. Simpson, and he called James Cameron and told him that he’d chosen his star.

Medavoy had seen O.J. Simpson in an ad for a car rental company and figured that was enough to overrule his director’s vision. “At the time, O.J. Simpson had one of those commercials for Hertz where he jumped over a counter and ran to get a rental car,” Medavoy said. “It was all of that athletic stuff, which I thought the Terminator should have.”

Medavoy even got in touch with Schwarzenegger and told him the role had already been cast. James Cameron, though, wasn’t thrilled.

“I wasn’t interested in an African-American man chasing around a white girl with a knife,” he said. Plus, O.J. Simpson, at the time, had a clean-cut, likable image. He just didn’t think anyone would believe he could be a killer.

“We might have reconsidered after he had killed his wife.”

10 Popular and Unique Television Channels That No Longer Exist