10 Dating Tips From History That Could Improve Your Love Life

It can be hard to find that special someone. Fortunately, history is here to help. Whether you are looking for “the one” or want to become a real Casanova, these dating tips are guaranteed to help you out. (Disclaimer: Not actually a guarantee.)

10 Use A Fan For Subtle Flirting 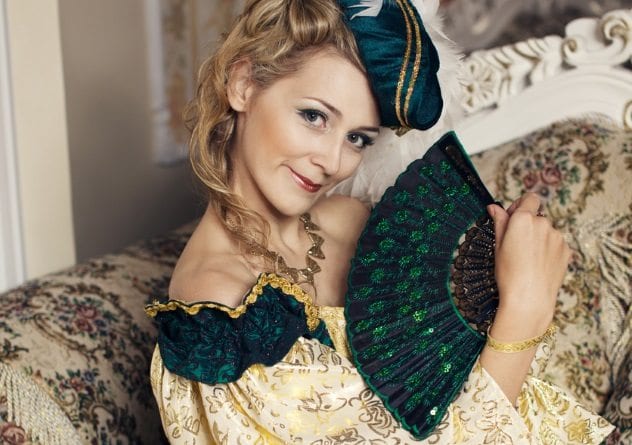 Fans have been around for thousands of years but became a hot fashion accessory in 18th-century Europe. Ever resourceful, women realized that the fan could be used for more than just appearances, and soon enough, they started using a secret “fan language” to flirt with their male admirers.

While you might think that using a fan to communicate would be rather limited, there were actually over 30 messages that women could convey to the men fortunate enough to learn this “language.” For example, hiding the eyes behind an open fan simply said, “I love you.” Carrying the open fan in the left hand expressed a desire to talk while twirling the fan in the left hand warned the man that they were being watched.

9 Find A Partner At The Marriage Market 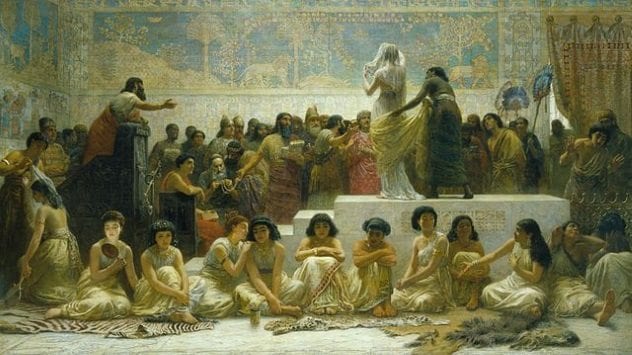 In the Histories, Herodotus writes of an ancient custom in Babylonian villages which ensured that everyone found a partner, including the poorest men and the ugliest women. They went to the marriage market, where men would bid for their new wives.

It started off as a regular auction. The best-looking women would go first, as they got the highest bids, meaning that they typically married the wealthiest men. Things switched when the auction got to the women who were considered ugly, crippled, or too old. The auctioneer would pay participants to take them as wives. Each bid got lower, and the winner was the man who accepted the lowest bid. The money was paid from the profits from auctioning off the beautiful girls. This way, every woman found a husband, and the poorer couples also gained a dowry.

The market was open to all, even people from other villages. Fathers weren’t allowed to marry their daughters to the people they wanted, and bidders had to provide a backer who would guarantee their intention to marry. In case things didn’t work out, every sale came with a money-back guarantee. 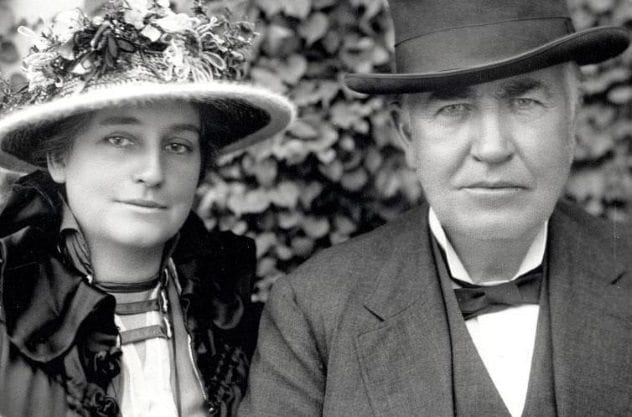 Privacy has always been an issue for new lovers. In the olden days, it was even harder for lovebirds to evade the watchful eyes of their parents, who were always there to make sure no funny business was going on prior to marriage. A clever way to continue saying sweet nothings to each other, even with the parents in the room, was to learn Morse code.

This tip comes courtesy of Thomas Edison, who employed this strategy to woo his second wife, Mina Miller. The couple met soon after the death of Edison’s first wife, Mary. Mina’s father, Lewis Miller, was also a renowned inventor. He developed the first front-mounted combine harvester.

Even though Mina was 20 years old when her relationship with Thomas began, and Edison was 39, the two were still wary of public displays of affection around her parents. That’s why Edison taught her Morse code, and according to him, he also proposed to her using Morse code.

7 Don’t Get Drunk In Front Of The In-Laws 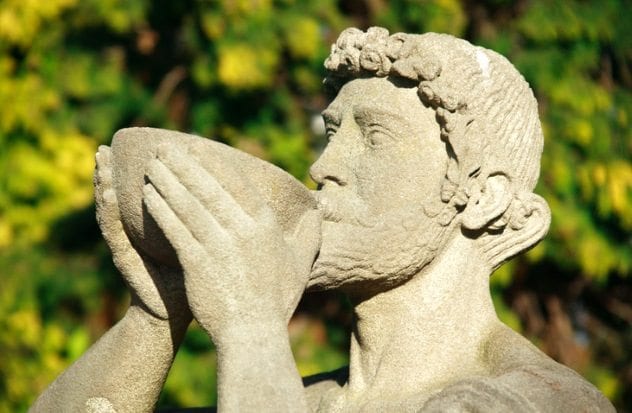 Impressing the parents of your beloved might not be that important nowadays, but it used to be vital, since historically, the bride needed her father’s permission to marry. That being said, a good suggestion might be to not make a drunken fool of yourself in front of your would-be in-laws.

Nobody knew that better than Hippocleides of Attica. Back in the sixth century BC, Cleisthenes, the tyrant of Sicyon, wanted to marry off his daughter, Agariste. Instead of simply accepting a bride price, he organized a competition to find the best suitor. His call was answered by 12 of the most eligible bachelors in the Greek world.

The suitors went through challenges such as chariot racing and wrestling to prove their worth. By the end of the competition, Hippocleides became Cleisthenes’s favorite to win his daughter’s hand in marriage. However, at a banquet in the suitors’ honor, Hippocleides got very drunk and started acting like an idiot. At one point, he did a handstand and started kicking his legs in the air in rhythm with the music. An angered Cleisthenes told Hippocleides that he “danced away his wife.” Agariste married Megacles, instead. 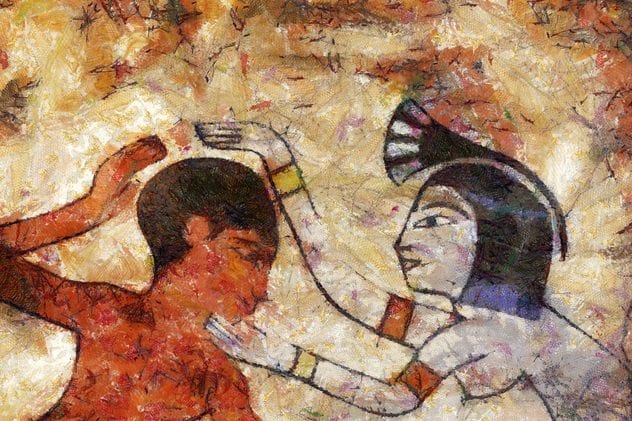 Sometimes, you get better results by showing your practical side. That’s a lesson we can learn from the ancient Egyptians, who, as far as we can tell, did away with fancy courtship rituals and complicated ceremonies. If a woman moved her stuff from her parents’ house into a man’s house, that meant they were married. There was typically a prenuptial agreement in place between the husband and the wife’s father, which outlined who got what in the event of a breakup.

Divorces also seemed to be a straightforward affair, particularly for that time period. Couples were expected to stay together for life (and beyond), but in the event of a split, they divided their possessions, and the children went with the mother. This didn’t apply in the case of adultery, which was heavily frowned upon and carried severe punishments (even death).

None of this is to say that a practical marriage had no room for love or romance. Vizier Ptahhotep wrote The Maxims of Ptahhotep, a collection of wisdom to be passed down to newer generations. In it, he advised husbands to “love [their] wife; feed her and clothe her well; make her happy.” Some of the earliest examples of romantic literature came from Egyptian inscriptions in which men praised the beauty of their wives.

5 Spend Some Quality Time Together 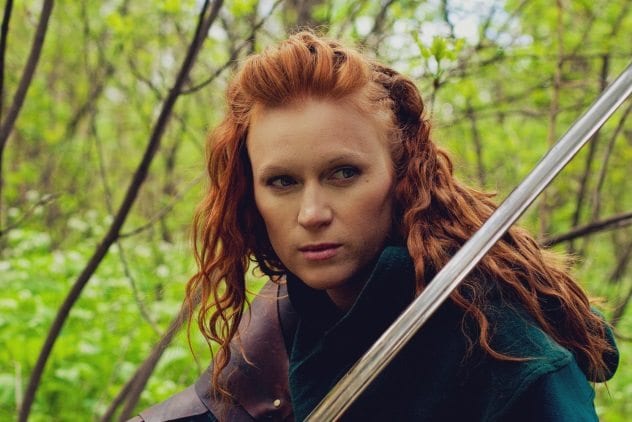 History has never been shy about making it clear that a woman’s place was at home, taking care of the household while the man went out and did things. However, Teutonic women firmly believed their place was next to their husbands, even during war. They followed the men from skirmish to skirmish. They would perform tasks such as feeding the men and tending to the wounded but would not hesitate to take up arms when the need arose.

Plutarch writes of Roman legionaries invading a Teutonic camp and being pushed back by women wielding swords and axes, who endured wounds and slashes with “undaunted resolution.” This kind of determination led to the rise of the Latin phrase furor Teutonicus, a ferocity in battle shared by both Teutonic men and women.

The chastity and devotion of Teutonic women was another trait evoked by historians. The Teutons were virtually wiped out by Romans at the Battle of Aquae Sextiae in 102 BC. Valerius Maximus wrote that the women pleaded to become sacred servants of Vesta instead of slaves. When their request was refused, they committed mass suicide.

4 Try Love In A Bottle 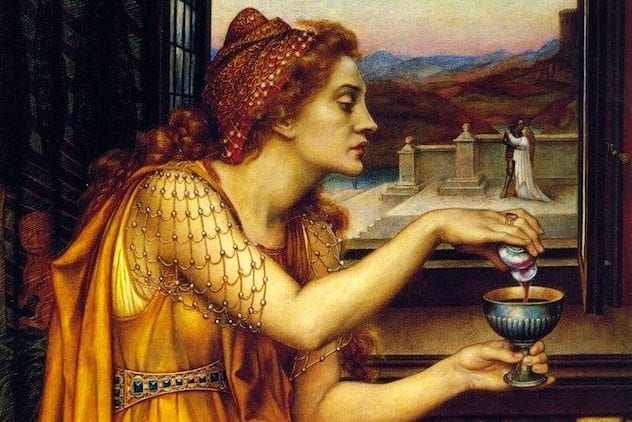 People who hadn’t managed to snag that special someone could resort to a little chemical assistance in the form of a love potion. Almost every culture in existence has its own food or drink or behavior which is meant to increase libido, make people fall in love, or even cure impotence. There are valid reasons for this: Some of the ingredients used in aphrodisiacs genuinely have positive effects. Even those that don’t work could still cause some improvement thanks to the power of the placebo effect.

In a medieval book on plants and animals, Albertus Magnus informs us that a concoction of periwinkle mixed with leeks and earthworms, pulverized and sprinkled over food, can strengthen the love between a man and his wife. He also warns us that the same mixture thrown into a pond would kill the fish.

Marigolds were a popular ingredient during the Middle Ages and were used in many love potions. Certain Native American tribes preferred wild columbine. Jimsonweed was used throughout parts of India, which was especially dangerous, as it is a toxic plant, part of the nightshade family.

3 Write Your Feelings Down 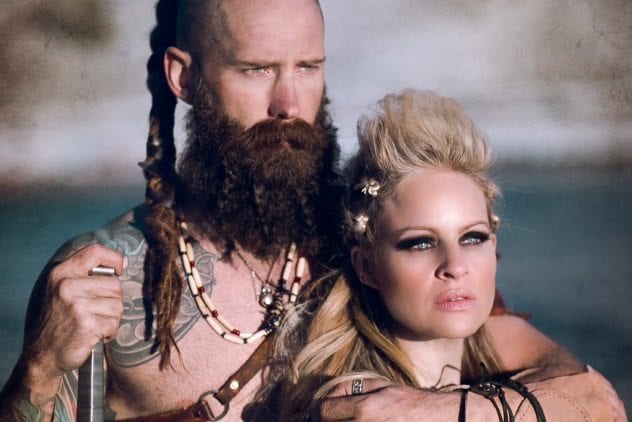 Some people might have problems expressing themselves and would be better suited to writing their feelings down in a love poem. For inspiration, they could turn to the most romantic civilization in history: the Vikings.

We might think of the Vikings as having been all about the pillaging, but their poems and sagas are filled with stories of true love, particularly love that follows the couple into death. Njal’s Saga is an example. Njal’s wife is offered amnesty, but she chooses to die by his side to keep the promise she made when they got married.

In the Gesta Danorum, Saxo Grammaticus records the passionate song of Hagbaror before being hanged and after learning that his wife killed herself so that they could be together in the afterlife: “So let the encircling bonds grip my throat in the midst; the final anguish shall bring with it pleasure only, since the certain hope remains of renewed love.”

While the sagas exalted the love between husband and wife, courting an unmarried girl was downright dangerous. Salacious poems suggesting that the writer had intimate knowledge of a girl would greatly tarnish her honor and diminish her value as a wife. These practices could result in death, as the girl’s father or brothers would feel obligated to defend her name. 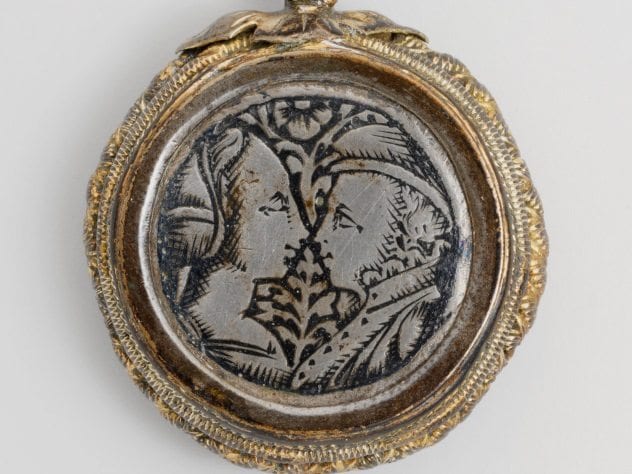 One of the best ways to grab someone’s attention is with a thoughtful gift. Throughout history, material possessions have almost always been at the heart of marriages. Some cultures had a bride price or bridewealth: The groom had to pay money, land, or wealth to his future wife’s family. Other cultures had a dowry: The bride’s father had to contribute toward the groom’s family.

As marriage customs loosened up a bit, gifts between lovers became more common and more sensual, even without a commitment to marriage. Renaissance Italy was a period where such gift exchanges were common. Woven belts or girdles were given to young women, and they often featured provocative or romantic imagery, as they were associated with fertility. Brooches, pendants, and combs were also frequent choices for gifts.

1 Dissect A Woman To Learn Her Anatomy 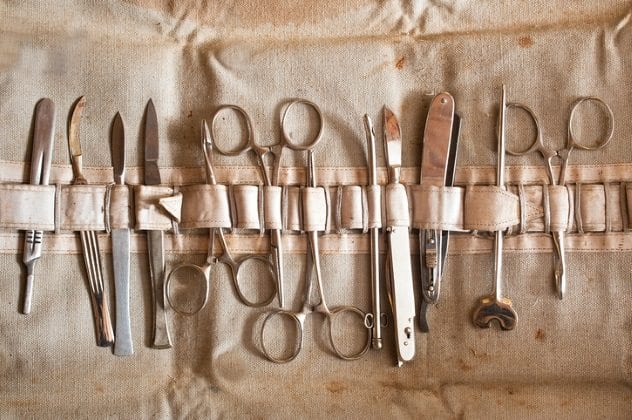 This helpful tip comes from 19th-century French novelist Honore de Balzac. One of his lesser-known works was a treatise named The Physiology of Marriage, which uncovered the secrets of a loving, successful marriage. Among the many useful pieces of advice offered in the book, Balzac cautions us that marriage is a science and that a proper man should dissect at least one woman prior to marriage in order to study her anatomy.

Balzac believed that we all have a certain amount of energy. While most men used that energy for their jobs, women didn’t know what to do with theirs. Therefore, the husband would be well-advised to tire out his wife with constant work so that she didn’t fall prey to her passions or caprices. Balzac also warned men against letting women drink plain water, for some reason. He recommended water lightly tinged with Burgundy wine.

Despite his keen insights into marriage, Balzac married late in life, aged 50. This was 20 years after he wrote The Physiology of Marriage. He died five months later.