We take great pains to make sure our food is as clean as possible. There are even government agencies dedicated to the task, and some of the most common practices in our own kitchens are geared to keep our food clean. Its in our nature. Still, we have free will and we can choose to defy our nature, even if sometimes it really seems like we shouldn’t. Humans have developed food items made from some of the things that most disgust us. 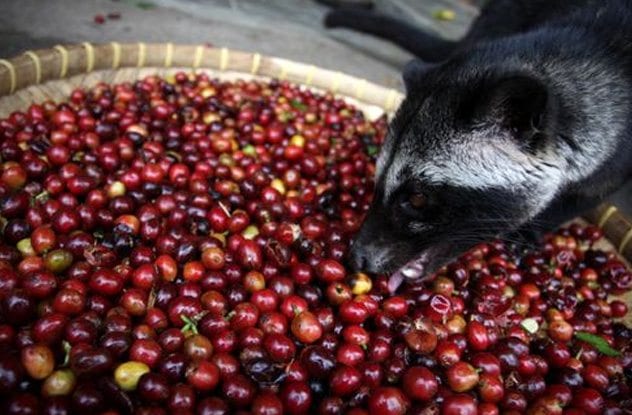 83 percent of adults in the US drink coffee. We love the stuff, and it comes in as many varieties as we could want, from exotic locales the world over. But one locale in particular might give even coffee lovers pause: A cat’s butt.

Kopi Luwak, the most expensive coffee in the world, is produced from coffee beans that have passed through the digestive system of a civet cat. This cat, native to Southeast Asia, loves coffee almost as much as we do. It eats the choicest coffee cherries, but it doesn’t digest the beans. Instead, it deposits them. Having gone through the digestive process, the bean is made less acidic, lower in protein, and lower in caffeine. Ultimately, this produces the smooth, aromatic, and low bitter Kopi Luwak coffee, prized the world over.

Fun Fact: when a civet wants to mark its territory it sprays a thick repulsive smelling oil. That oil is gathered up and is used as a perfume additive in the luxury perfume industry. Historically Civet musk traders would taste the oil to make sure it wasn’t adulterated with human feces (which is much cheaper and equally repulsive smelling). And like its close relative the Meerkat, it is not actually related to the cat family. 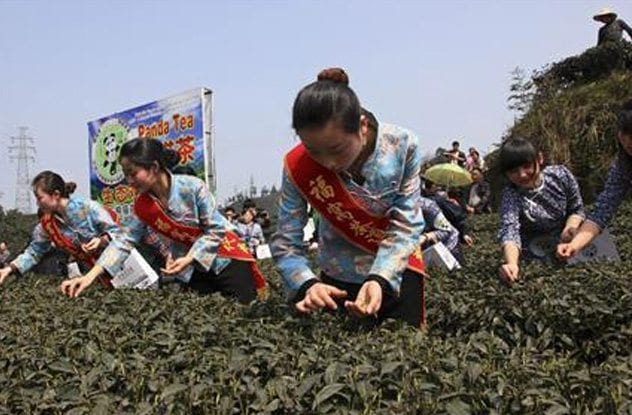 Pandas famously diet on little except bamboo, but according to one tea entrepreneur, they digest only about 30 percent of the nutrients found in that bamboo. This leaves their excrement still rich in the vitamins and minerals present in the plant, in a form perfect for fertilizer. That tea entrepreneur is named An Yashi. He is a Sinchuan University lecturer and wildlife expert who has put that panda dung to work in making a unique green tea.

His tea is fertilized with the dung, to special effect. He says, “Just like green tea, bamboo contains an element that can prevent cancer and enhance green tea’s anti-cancer effects if it is used as fertilizer for the tea.” An Yashi’s panda dung green tea has a price tag of $35,000 a pound. 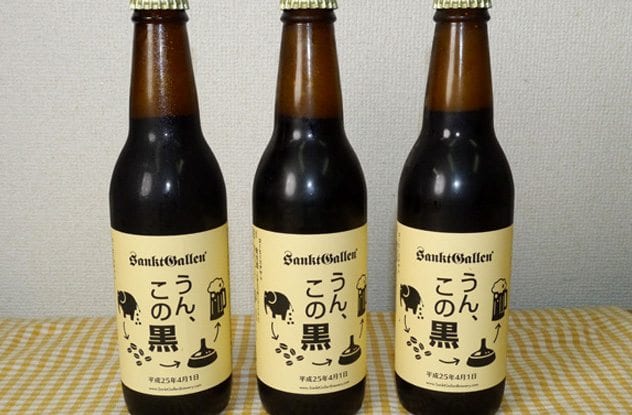 This beer’s name is a pun on the Japanese word for crap, Unko. Produced by Kanagawa-based brewery Sankt Gallen for April Fools 2013, this beer sold out within minutes of becoming available. The stout is made with an ingredient unusual for beers: coffee. Even more unusual for coffee, the beans were collected from the helpful elephants of Thailand’s Golden Triangle Elephant Foundation. Like Kopi Luwak, the beans pass through the digestive system and arrive at the other end. Unlike with the civet cat, most of the beans perish in the process. 33 kilograms of beans go in, but only 1 kilogram of usable beans emerge out the other end.

One reviewer, Mr. Sato, said of the beer, “After downing the last drop, slowly rising from my throat and mouth was that afterglow. The combination of bitter and sweet stayed fresh and lingered in my head. It was a familiar aroma that accompanied me through the entire beer. For some time after, I could still feel as if my body was saturated with that warm scent.” $104 dollars will net you 35 grams of this unique coffee, should you wish to enhance your own micro brews. 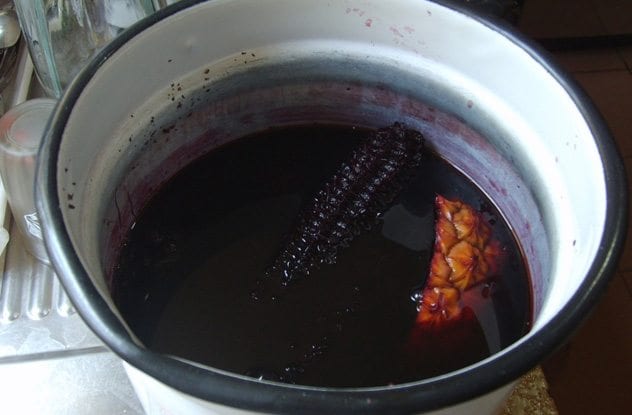 Chicha is a corn beer brewed in the Andes. The beverage dates back thousands of years and played a large role in the cultures of groups such as the Incas and Aztecs, who thought of drunkenness as a spiritual activity and sharing a drink as a sign of friendship.

Though you may have enjoyed a glass of Chicha, traditionally, the drink is brewed differently than most versions in the modern day. To begin the fermentation process, the Chicha brewers would begin by working maize thoroughly with their tongue, completely moistening it with their own saliva. The enzymes in our spit are enough to work the cornstarch into fermentable sugar. After a drying period, the maize cakes would be ready.

This step happens before the beer is brewed, so the final product is sterile, and some breweries still make the drink in the traditional fashion. One modern brewer was quoted by The New York Times during the first saliva-filled step of the process: “Would it be bad if I thed we bit off maw than we could thew? Heh, heh.” 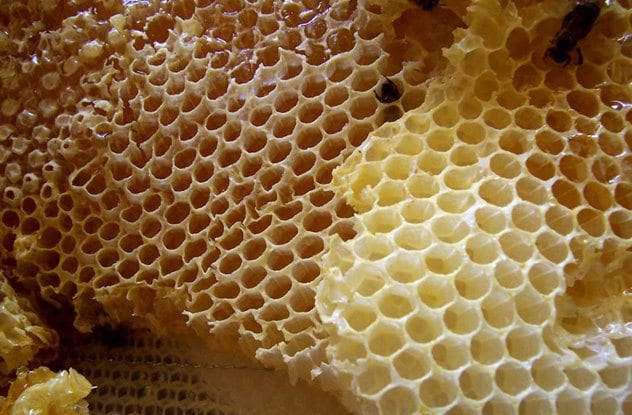 Bees have two stomachs, one of which is completely dedicated to storing the nectar they collect from flowers. When full, this stomach can weigh as much as the bee itself. These honeybees return to the hive after visiting upward of 1,500 flowers. Once there, they pass off the nectar to worker bees by vomiting it up out of their second stomach and into the worker bees’ waiting mouths. This regurgitation process is repeated until the partially digested nectar is finally prepared and then deposited into a honeycomb. From there, the water is fanned out of the nectar, which reduces the substance into the syrupy bug vomit we all know and love. 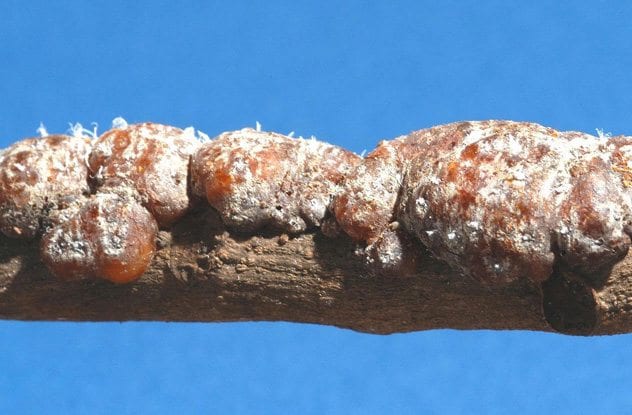 Shellac is an ingredient commonly used as a glaze. Though the name may be unfamiliar to us, we’re all likely familiar with the foods its used in. Coated candy, chocolate, and even waxed fresh fruit can contain shellac.

Just what is this versatile substance? Shellac is the purified form of lac. Lac is a secretion of the Laccifer lacca Kerr insect, cultivated in India, Thailand, and Burma. The secretions form on twigs, which are then soaked in water to clear away any debris such as insect parts and then soaked again in sodium carbonate to remove acid. This purified bug poop finds its way into many of our foods but is also useful as a varnish or wood primer. 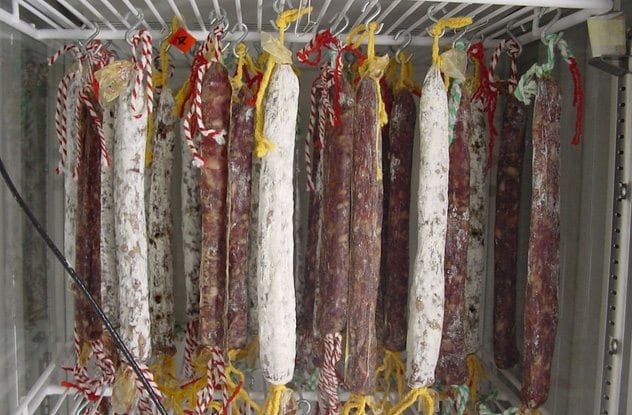 Bacterial fermentation plays a huge role in the making of sausage. That spicy flavor pepperoni gives your pizza? It’s a result of bacteria. So it may not seem like a stretch when researchers say they’ve developed a way to ferment sausage that could result in a healthy, bacteria-rich food, like probiotic yogurts. The catch? The bacteria used was gathered from infant feces. Human infants, mind you.

The researchers behind this invention cultured the collected bacteria from 43 stool samples and used them when making six batches of fuet—a pork sausage. These sausages were all tested by professional tasters, who reported that the flavor was indistinguishable from normal fuet. 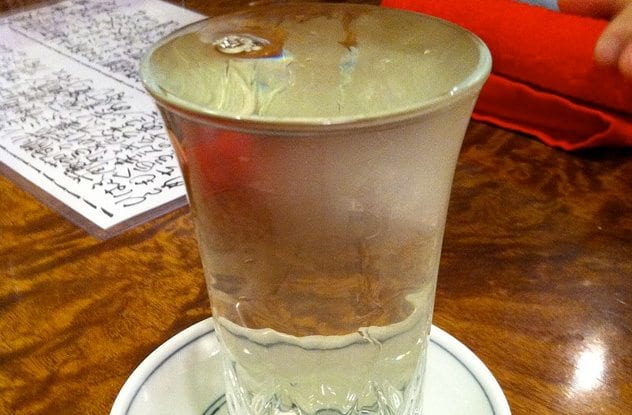 Much like Chicha, the preparation of sake has changed over the years. This rice-based alcohol is sometimes called “rice wine” but has more in common with a beer. Today, the rice is usually fermented with a mold (Aspergillus oryzae) that has the enzymes necessary to convert the rice starch into sugar, but before this mold was discovered, a different ingredient was used: Human saliva.

The brewers would begin by chewing rice, chestnuts, or acorns to begin the fermentation process. This special brand of Sake is called Kuchikami No Sake or “Mouth-Chewed Sake” and is still sometimes made today. 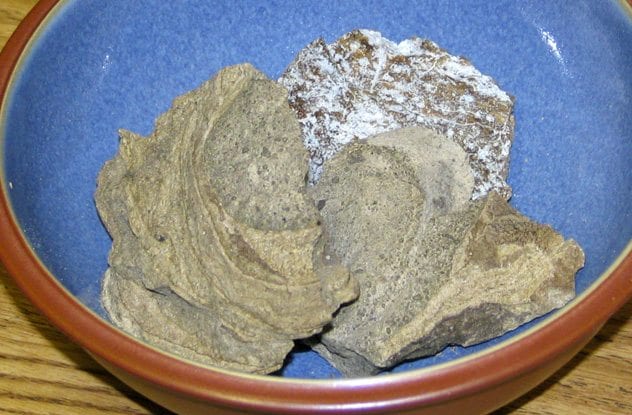 This substance is an intestinal slurry produced in a sperm whale’s stomach or throat. Because of its rarity and variety of uses, it can fetch about $29 a gram. Some of those uses have famously been perfumes, but it has also been used in cooking eggs, ice cream, and even cocktails. The smell is said to be that of highly concentrated ocean.

One of the most common misconceptions about this miraculous slurry is that it’s the vomit of the sperm whale. Rest assured, this is not the case. Ambergris is much more likely to be pooped out than to be vomited. 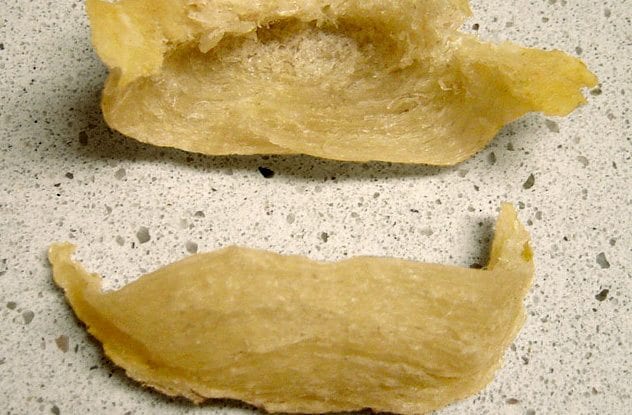 Described as “the caviar of the east” because of its high cost and status as a delicacy in China, this ingredient is bird’s nest. The swiftlet, a swallow-like bird, produces these nests out of its own saliva secretions. The nests are built expressly for the purpose of raising young and are abandoned once this task is complete.

The protein-rich Yan Wo are used in soup, tonics, and even desserts. A decade ago, there were an estimated 1,000 swiftlet farms, and now, there are some 60,000. The industry behind these saliva nests has blown to an estimated $5 billion value.

And if that isn’t gross enough for you, it gets worse: the texture of Yan Wo when cooked in soup is like lumps of snot.