Wrongful arrest is terrifying. You could be just going about your business one moment, and being carted off to a police black site for a shower-based encounter with a dude nicknamed ‘The Butt Shredder’ the next. But, worrying as the thought is, at least it’s unlikely. Like, there’s no way you’d ever get hauled off for mishearing the word “salad” or because your home town happened to share a name with a terror group or anything.

Oh, wait. That’s exactly what happened to the following people 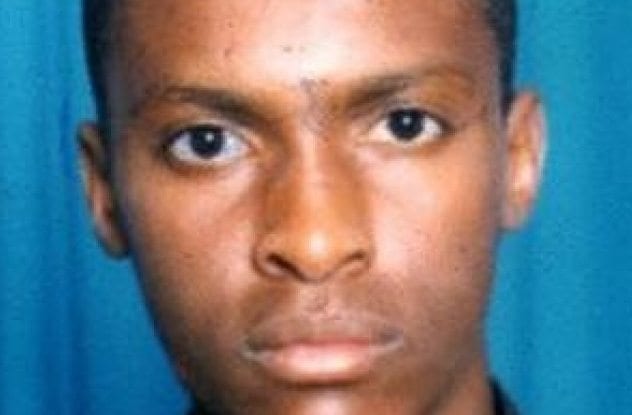 The period just after 9/11 saw wrongful arrests skyrocket. Hundreds of innocent people were detained alongside real terrorists. But at least the CIA’s mistakes were understandable in many cases. Not so that of 14-year-old Mohammed Al-Gharani, nabbed in Pakistan. He wound up spending 11 years in Gitmo thanks to a misunderstanding of the word “salad.”

His case reads like the plot of a hilarious, torture-based farce. Mohammed spoke Saudi Arabic, but the CIA used a Yemeni translator. They asked him if he knew where to get hold of large quantities of “zalat,” and if he had lots at home in Pakistan. In Yemeni Arabic, “zalat” means “money.” In Saudi Arabic, it means “salad.”

From Mohammed’s point of view, he’d been hauled off to a black site, and now CIA interrogators were screaming at him to give them information on salad. So he did. He told them he had tons of Zalat at home. He gave them lists of places in Pakistan where they could get Zalat at any time. The CIA decided they’d kidnapped an Al-Qaeda financer and interred him in Gitmo. It was 11 years before anyone realized the mix-up. 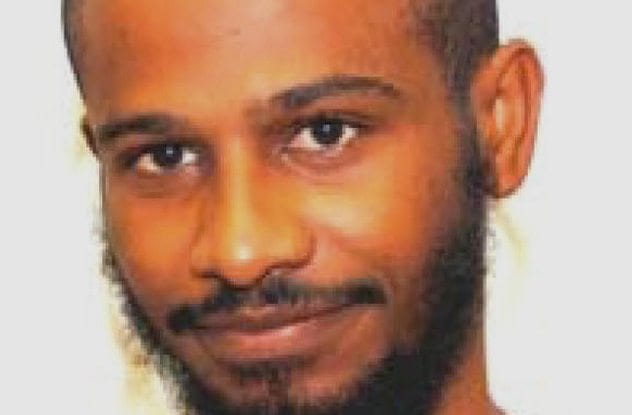 If most of us were kidnapped by the CIA and interrogated to find out if we knew Al-Qaeda, we’d probably have the sense to say “no.” But then, most of us aren’t from the small town of Al-Qaidah in Yemen. Meet Emad Hassan, who grew up just outside the town. While studying in Pakistan after 9/11, he was grabbed by the CIA, who demanded he admit he knew al-Qaeda. Hassan, replied yes.

Over the course of a long interrogation, Hassan repeatedly told the US interrogators he knew Al-Qaidah very well. He said Al-Qaidah was the only place that felt like home. He said he’d dearly like to be back in Al-Qaidah right now. The CIA thought they’d hit pay dirt.

Thanks to the mix-up, Hassan was thrown in Guantanamo Bay and held for 13 years. It wasn’t until lawyers from Reprieve showed the CIA Al-Qaidah town on Google Maps that anyone realized they’d made a ridiculous mistake.

8The Convicted Murderer With An Airtight Alibi 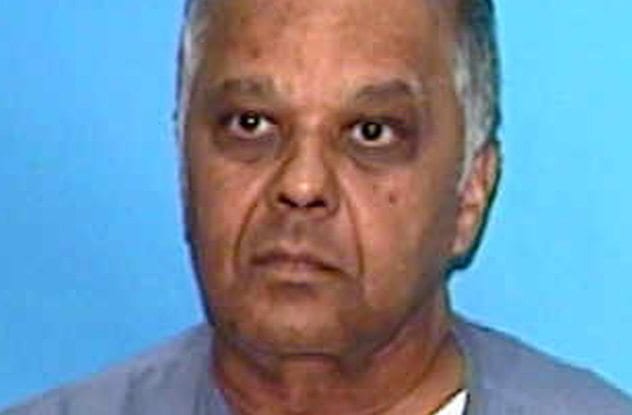 In detective shows, giving a character an airtight alibi means they’re no longer a suspect. If only real-life worked like that. In 1986, Derrick and Duane Moo Young were executed, gangland-style, in a Miami hotel. British citizen Kris Maharaj was arrested. He had six reliable witnesses who said he was 30 miles away from the scene of the crime. The judge took one look at his airtight alibi and decided to put him on death row anyway.

The Moo Youngs were intimately involved in the Colombian cocaine trade. They had recently stolen from Pablo Escobar, a man not known for taking insults lightly. A few years after the trial, two former-hit men from Escobar’s Medellin cartel came forward and claimed they’d carried out the execution. Escobar himself said he ordered them killed. The state’s key witness against Maharaj changed his testimony. The trial judge was arrested for bribery.

Yet none of that changed anything. Maharaj’s death sentence was commuted, but he remains in prison to this very day.

7The Government-Approved Guide To Terrorism 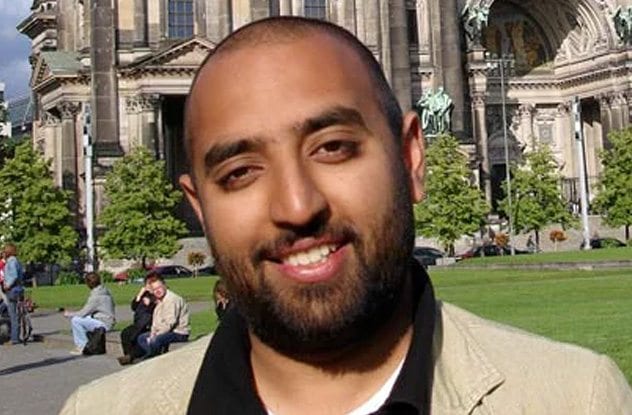 It’s true. The “terrorist material” Sabir had downloaded was an annotated version of an Al-Qaeda pamphlet freely available on Federal Government websites. Crazier still, it was designed and uploaded to help those studying counterterrorism develop new strategies against the jihadi threat. This is exactly what Sabir was trying to do. Instead, he wound up being arrested for terrorism.

Sabir spent over six days in a UK jail before anyone realized this was clearly a mistake. Although Sabir was later awarded £20,000 in damages, Nottingham police are yet to admit they made a mistake.

6The False Rape Claim That Made Its Accuser Millions 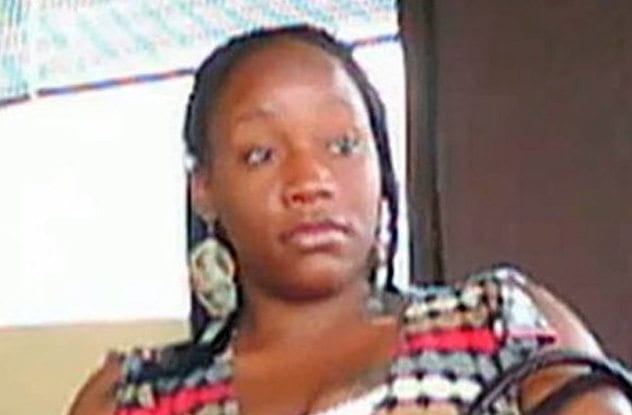 Prison is not fun for rapists. So imagine how it must feel going through that hell, knowing you’re innocent. Now imagine going through all that while, on the outside, your wrongful accuser nets $1.5 million for framing you. From the age of 16, this was Brian Banks’s life.

In 2002, Banks had a spontaneous sexual encounter with fellow summer school student Wanetta Gibson. Gibson’s mother found out about their tryst and hit the roof. So Gibson did what any fledgling psychopath would. She told her mom she hadn’t seduced the young linebacker. She’d been violently raped by him.

Even though her story kept changing, Gibson was believed. Banks was jailed for five years. Gibson sued the summer school for a $1.5 million payout. It was not till 10 years later that the truth emerged. In a rare moment of empathy, Gibson arranged a meeting with her victim to apologize. Banks secretly recorded the conversation, during which Gibson admitted she’d made the rape up but didn’t want to tell the police in case she lost her ill-gotten money. The recording was enough to get Banks’s conviction finally overturned.

5Khaled El-Masri Shares His Name With A Dangerous Terrorist 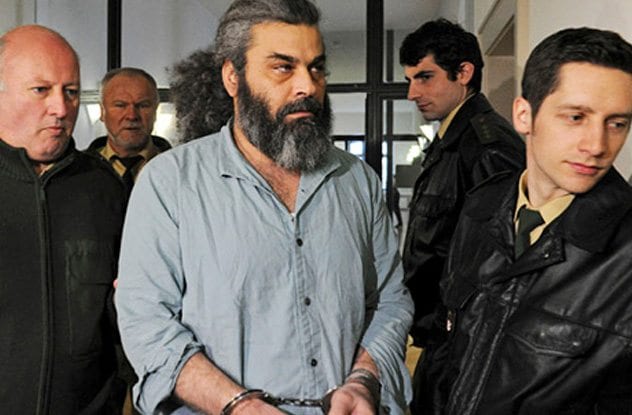 Sometimes, two people on this planet happen to share a name. Such was the case with Khaled El-Masri and, um, Khaled El-Masri. One was a dangerous terrorist who wanted to wage jihad against the West. The other was a law-abiding German citizen on vacation in the nation of Macedonia. Want to guess which one the CIA abducted and tortured?

In 2003, the good El-Masri was snatched off a bus and detained by Macedonian secret police. After 23 days, they handed him over to the CIA, who beat him within an inch of his life, flew him to Afghanistan, and dumped him at a black site where he was repeatedly raped by the local guards. Meanwhile, the bad El-Masri was at large in Afghanistan, helping channel funds and weapons toward slaughtering Westerners.

It wasn’t until four months after the abduction that the CIA realized they’d got the wrong man. They flew El-Masri to Albania, dropped him off on some lonely road and told him not to look back. Many years later, El-Masri successfully sued the Macedonian government for wrongful arrest. He has never received an apology or compensation from the CIA. 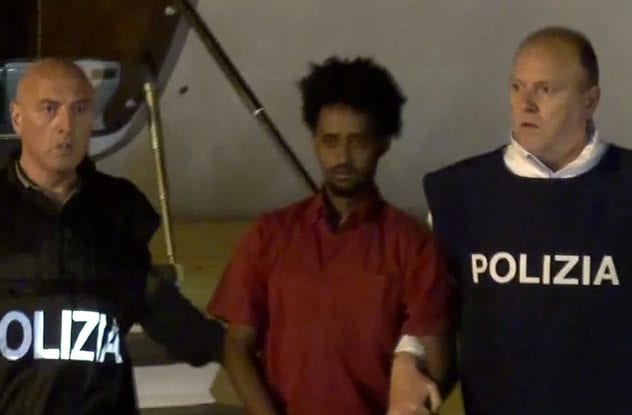 Medhanie Yehdego Mered is the biggest scumbag you’ve never heard of. A people smuggler operating in the Mediterranean, he was responsible for the Lampedusa shipwreck in 2013 that drowned over 360 migrants off the coast of Italy. In summer 2016, Rome extradited him from Eritrea to stand trial. At least, that’s what they said they’d done. In reality, all the evidence points to them extraditing the wrong man.

The guy on trial looked nothing like Mered. Eritreans identified him as Medhanie Tesfamariam Berhe, a farmworker. He was carrying Berhe’s ID card. Survivors of the Lampedusa said he was not Mered. Mered’s wife didn’t recognize him. Most damningly of all, Mered’s own Facebook account continued to post photos of him at parties after he was supposedly arrested.

This case is still ongoing, but as of January 17, 2017, Italian MPs have opened an investigation to determine whether they have the right man. We’re betting the answer is going to be “no.” 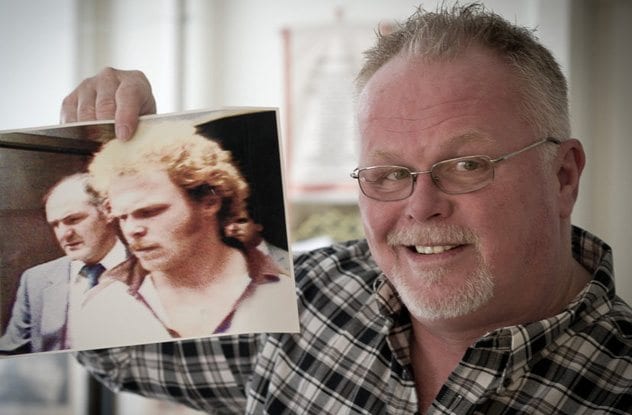 In 1984, Kirk Bloodsworth was arrested for the assault and murder of a nine-year-old girl in the state of Maryland. Witnesses had given a clear description of the murderer as a six-foot-five, skinny, mustachioed guy with curly blond hair. It was an open and shut case . . . with just one problem. Bloodsworth was six feet, clean shaven, had red hair, and was tremendously fat. Nonetheless, the state of Maryland tried him and threw him on death row.

Perhaps the dumbest aspect of all of this is that the police had recently caught a guy who matched the suspect description to a tee. He’d recently been jailed for the rape and attempted murder of another minor, and was incarcerated in prison one cell away from Bloodsworth. But no one ever managed to put two and two together. Bloodsworth was only freed when a 1992 DNA test proved he wasn’t the murderer. He was the first death row inmate in US history to be exonerated.

2The Innocent Man Having His Every Sexual Encounter Tracked 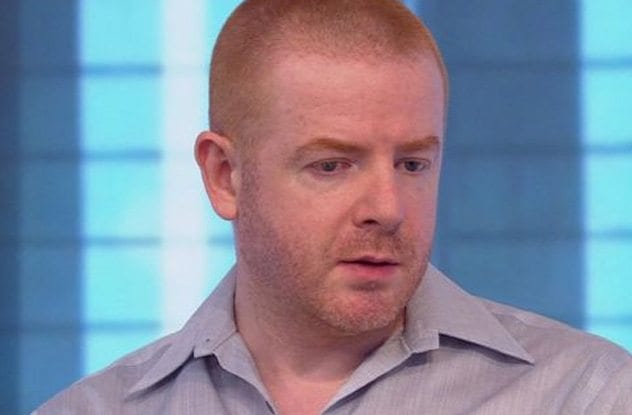 Life isn’t much fun for British citizen John O’Neil. After being arrested for sexual assault, he was deemed by a judge to be so dangerous that he couldn’t be allowed near women. Accordingly, he was forced to give police 24-hours advance notice of any sexual encounter while out on parole. Considering he was suspected of sexual assault, this doesn’t seem too crazy . . . until you hear that O’Neil’s conviction was quashed in court. He was found innocent. Yet his requirement to notify police before having sex continues to remain in place.

That’s right. An innocent man is legally obliged by the UK government to give advance notice every single time he wants to have a sexual experience. If you’ve ever been in a relationship or even just hooked up with someone, you’ll know it’s extremely hard to plan satisfying, spontaneous sex 24 hours in advance. But the British courts seemingly have no desire to drop this Orwellian restriction. O’Neil is still considered “extremely dangerous to women,” the concept of innocent until proven guilty be damned.

1The Executed Man Framed By An Alcoholic Pedophile 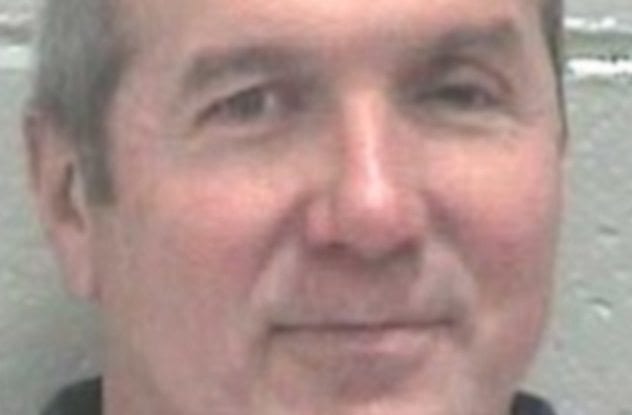 In 2008, Jack Alderman was executed by lethal injection by the state of Georgia. He’d been on death row since 1975 for the murder of his wife and child. There had been no forensic evidence tying him to the scene and only the shakiest of motives. The entire conviction rested on the testimony of John Brown, a drug-addicted, alcoholic pedophile who confessed to the murder but then changed his story to implicate Alderman.

Brown was a known fantasist and addict, with a history of sexually assaulting children and violently attacking women. After the murder, he told police he had killed Alderman’s family. He then changed his story to say he and Jack had killed them together. The prosecutors cut him a plea bargain. In exchange for his made-up testimony, Brown received 12 years. The likely innocent Alderman got the death penalty.

Right until the end, Alderman claimed he was innocent. He even refused a plea-bargain that would commute his sentence to life-imprisonment for admission of guilt. Brown, meanwhile, served his sentence and then went on to abuse dozens more children.

10 Tales Of Crazy Convicts In The US Prison System