Disasters and tragedies are horrible. Yet humans are fascinated by them. Especially when it seems that some victims’ stories continue in the afterlife. 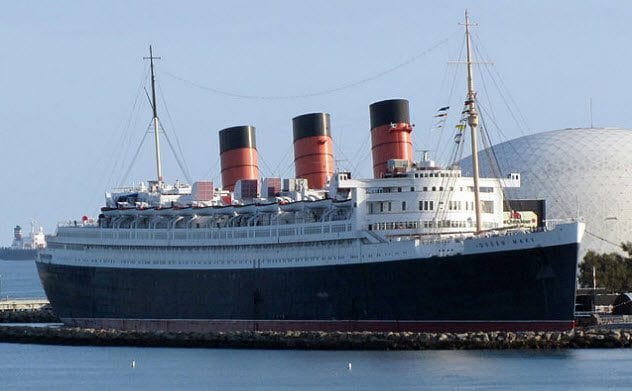 In December 2011, Kelly Ryann Dorrel plunged 23 meters (75 ft) from the deck of the Queen Mary into the icy water below. Her boyfriend desperately tried to grab her hand and hold on to her but to no avail.

He then jumped into the water to try to save her, but she died in a hospital a while later. Before this tragedy, at least 49 others had lost their lives on the ship.

Years earlier, more than 200 crew members of the HMS Curacoa died during World War II when the Queen Mary struck it, cutting the Curacoa in half. It is no wonder then that the Queen Mary is believed to be haunted by many souls.

A female bartender on the ship agrees with the assessment that it is one of the most haunted places in America. A customer first made the bartender aware of the spirits haunting the ship when the older lady pointed out that a “dead person” was standing right next to the bartender.

The new One World Trade Center building towers over Lower Manhattan on the site where the original 6 World Trade Center stood. Whenever a strong wind blows, an eerie wailing sound can be heard echoing from the structure. Many are convinced that the sound is made by the spirits of those who lost their lives there.

Some witnesses have reported that it sounded like a chorus of voices emanating from the building. Others have claimed that it sounded like eerie whispers of otherworldly souls. Scientists have concluded that only wind is to blame for the noise. But not everyone is convinced of this straightforward explanation. 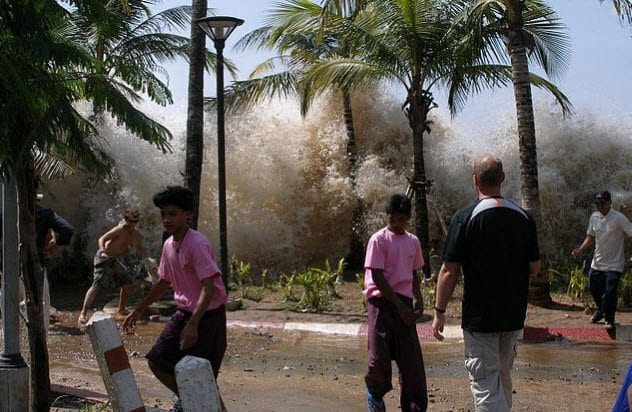 The 2004 tsunami that destroyed many villages and killed hundreds of thousands of people has left more than destruction and despair in its wake. A multitude of ghost stories have been making the rounds since then.

A cabdriver named Lek was convinced that he had picked up seven ghostly passengers late one evening in 2005. After agreeing on the fare and being well on the way to their requested destination of Kata Beach, Lek looked around to find his cab empty.

Immediately, Lek decided to find a new job because he was too scared to drive at night again. A security guard at an Andaman wreckage site also quit his job because he could no longer take the haunting screams from the spirit of a foreign woman who had died in a hotel hit by the tsunami.

Perhaps creepiest of all is the tale of a family whose telephone would ring constantly day and night. Whenever they picked it up, they heard the voices of their family members and friends screaming and begging to be saved from being burned in the crematorium. 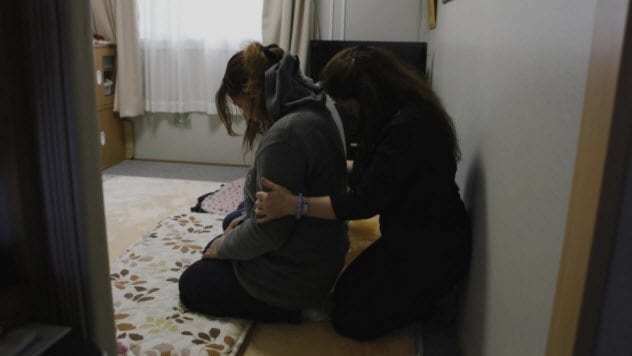 In 2011, the biggest earthquake in Japan’s history struck the island, resulting in a devastating tsunami. Thousands of people lost their lives. Debris washed up on North American shores for several years afterward. This massive earthquake shifted Earth on its axis, shortening the length of a day by one microsecond.

After this enormous tragedy, survivors reported seeing dead neighbors, dripping with water, turn up at the survivors’ houses. Some people reported seeing eyes staring back at them from puddles of water. Others believed that the spirits of the dead possessed them. As pictured above, some desperate people turned to exorcists for help.

Psychiatrists have stated that all these sightings could be PTSD-related as people work through their grief and shock. Regardless of this explanation, the ghost sightings have continued with people seeing maimed apparitions with missing heads or arms and legs. Others report unexplained cold spots in their homes and the feeling that someone is walking across their chests as they lie in bed. 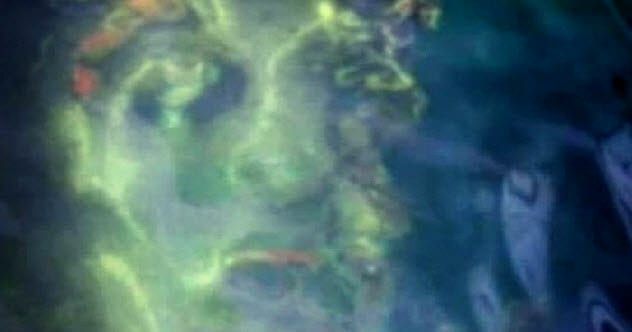 In Hawaii, the USS Arizona memorial draws thousands of visitors every year. People go there to honor the memory of all who lost their lives during the Japanese attack on Pearl Harbor in 1941.

In 2011, Susan De Vanny visited the memorial and took many pictures as she walked around the site. Back at the hotel, she started looking through the pictures. Then she gasped in shock. On one of the pictures, a face resembling that of a young sailor stared mournfully back at her.

De Vanny believes that the face is the apparition of a sailor who lost his life on the Arizona when it exploded during the attack and that the sailor was trying to send a message from the other side. 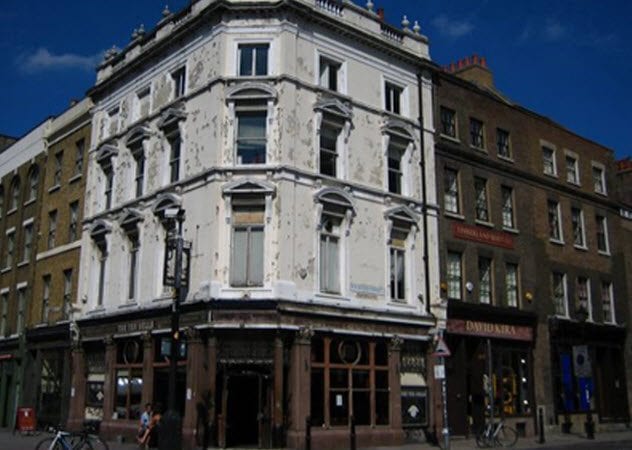 Mary Kelly frequented the Ten Bells Pub back in 1888. Early one morning, she left the pub for home after a night of drinking. Little did she know that she was about to become Jack the Ripper’s last victim. Mary’s body, broken and mutilated, was discovered the next morning lying on the opposite side of the road from the pub.

It was only in the 1990s that stories of ghostly activity at the pub started making the rounds. Staff would run into the specter of an old man dressed in Victorian-style clothing. Some even woke in the dead of night to find a ghostly form lying next to them on the bed.

Others told the tale of a shadow figure that leaps off the Westminster Bridge when the clock strikes midnight on Dec 31. The spirit is said to be that of none other than Jack himself. 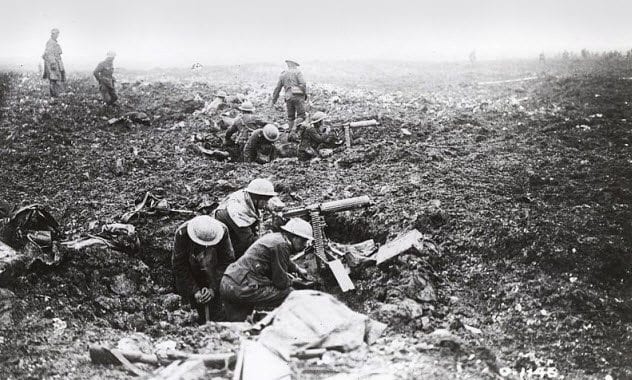 In April 1917, Corporal Will Bird and two soldiers tried to get some sleep in a dugout near Vimy Ridge. Bird felt himself being shaken by warm hands just before daybreak. Expecting it to be one of the soldiers with a message, he opened his eyes immediately. He found himself looking at his brother, who had been killed in France two years earlier.

His brother didn’t speak but simply stared at Bird. A short while later, the apparition walked away slowly, gesturing for Bird to follow him. Bird wasted no time in following his beloved brother to a ruin where the spirit disappeared before his eyes. Having lost his brother all over again, Bird collapsed in grief and lay on the hard ground for several hours.

When he finally returned to his bunker, Bird found that it had been hit by a shell and everyone inside has been killed. Bird later wrote about this experience and confirmed his belief that the ghost of his brother had saved his life. 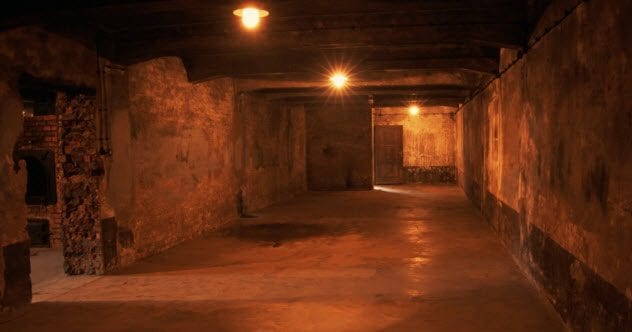 Auschwitz in Poland was a Nazi death camp where over one million people died in gas chambers and from coldhearted shootings. Many tourists who visit this place report a sense of overwhelming sadness and dread.

Some have even felt a hand hold onto theirs as they enter what used to be the gas chambers. It is also claimed that birds refrain from entering the camp, and on the off chance that they do, they remain silent.

In spite of all these claims, professional ghost hunters have never conducted a formal investigation into the paranormal at this site or any other World War II camp out of respect for victims’ families. 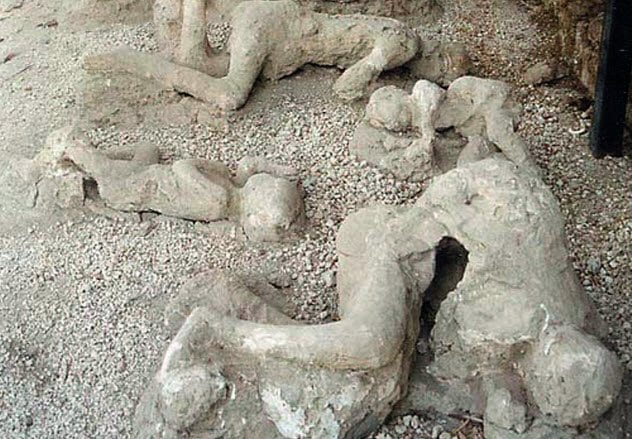 When Mount Vesuvius erupted spectacularly in AD 79, it left the completely destroyed city of Pompeii in its wake. The inhabitants of the city were “frozen” in place as the lava, pumice, and ash suffocated and burned them to death.

During a TV interview with Josh Gates, a watchman at the ruins of Pompeii claimed that he hears screaming at night while he’s on duty. A member of the TV crew felt her blood run cold as she heard footsteps running behind her while they were filming.

Site workers have also reported eerie howling sounds coming from what used to be a brothel and moaning sounds from the Temple of Isis. They have also claimed that screams echo through the dark of night in the empty streets. 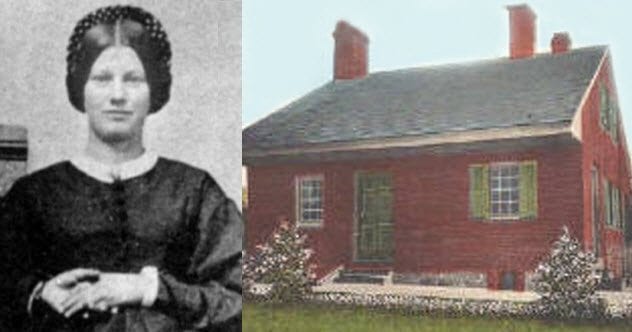 During the Civil War, the battle at Gettysburg was the biggest of them all. It lasted only three days but cost the lives of almost 10,000 soldiers.

One civilian died during this battle. Jennie Wade was hit by a stray bullet that entered right through the wall of the Farnsworth House Inn. It seems that Jennie’s spirit is eternally restless. Staff and visitors at the inn have reported seeing the ghost of Jennie’s sister, Sarah, baking bread in the kitchen. Others smell Sarah’s signature rose perfume wafting through the place.

There are said to be at least 14 souls roaming the inn at Gettysburg. One is a little boy who was killed when a horse and carriage ran over him. Another guest at the inn saw blood running down the walls in the bathroom adjoining his room. Allegedly, a Confederate soldier was shot in the attic and bled to death right above that bathroom.