The United States of America is a nation founded on independence. Signed on July 4, 1776, at Independence Hall in Philadelphia, the Declaration of Independence served as the colonies’ dissolution from English rule.

It was also a catalyst for the contemporary value of freedom in America that everyone loves to celebrate with fireworks and barbecues annually. The piece of parchment, dressed with 56 signatures of colonial leaders, made its way across the Atlantic Ocean to King George III.

It was not until 1783, when America reigned victorious in the Revolutionary War and gained its independence from Mother Britain, that America had the potential to become the global superpower it is today. While the United States is now ruled by its own government system, signs of British colonialism are still present today.

Despite the celebrations every Fourth of July that advertise America’s separation from Britain, there are still many things in the US from their friends “across the pond” that Americans are not independent from.

Most Americans associate their beloved national anthem, “The Star-Spangled Banner,” with freedom. Francis Scott Key’s famous poem, originally titled “The Defence of Fort McHenry,” provides hope by illustrating the American flag remaining in place (“that our flag was still there”) during the Battle of Baltimore in the War of 1812.

Not many people know that this iconic American piece of writing actually follows the tune of the British song “To Anacreon in Heaven,” which endorses drinking and sex. Nevertheless, “The Star-Spangled Banner” grew in popularity and was eventually adopted as the United States’ national anthem in 1931 by Herbert Hoover, the 31st US president.

The repurposed British drinking song is known for possessing a variety of octaves, resulting in potential difficulty to sing. Performed at world-class sporting events and recited in high school classrooms alike, the patriotic anthem surprisingly owes its creation to a British drinking song.[1] 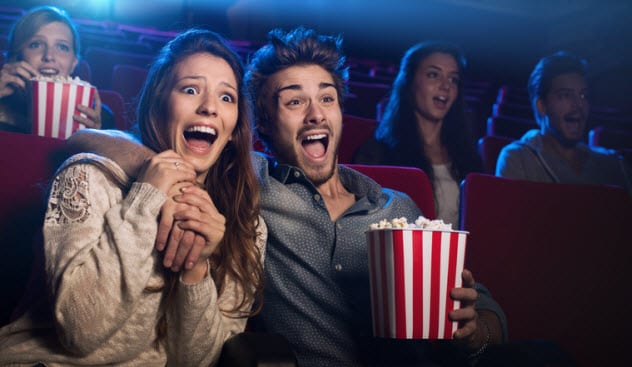 Going to the movie theater has become a staple of American life. The witnessing of cinema, characterized by the smell of fresh popcorn along with the taste of sugary candy invading our senses, owes its creation to Britain.

Before you could order tickets through your smartphone and see a film minutes later, motion pictures were based on the persistence of vision, an optical phenomenon. English scientist William Henry Fox Talbot is credited with first demonstrating a negative process of photography that could generate unlimited prints.

Phase drawings in primitive optical devices could be replaced with these prints to create the first cinematic experience. The motion pictures we’re familiar with today, however, obviously required the ability to record spontaneously.

Eadweard Muybridge experimented with the initial film process while documenting race horses for his employer. He established a system in which a horse would be photographed as it proceeded down the track. Later, the images were mounted on a rotating disk to create a moving picture, or as we call it, a movie.[2]

This British concept blossomed into one of the largest consumer industries in the world. 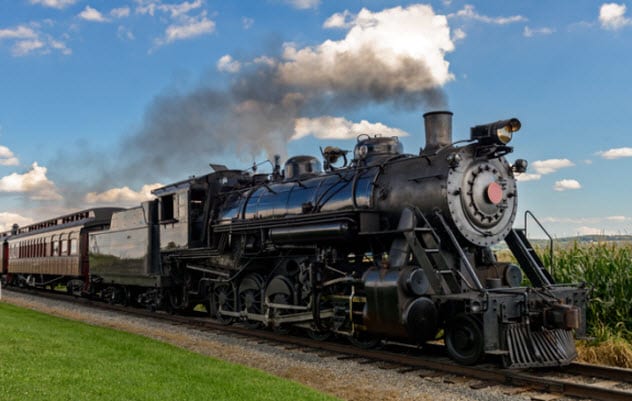 Passenger trains provide quick, affordable transportation between the hustle and bustle of US urban centers. Other trains transport vital materials across the country.

Next time you board a train or stop at a railroad crossing, consider the fact that the steam locomotive actually came from England. Richard Trevithick developed the modern system of putting steam engines on rails. Learning about such mechanics in the Cornish tin mines, Trevithick’s pioneering engine pulled 10 tons of iron and several men an astounding 16 kilometers (10 mi). (It was astounding at the time, at least.)

Engineering marvel Robert Stephenson’s legendary Rocket wasn’t even in the process of being developed yet.[3] Today, Britain still possesses more railway attractions per square mile than any other country in the world. Without a doubt, Britain was chugging along far before the United States was. 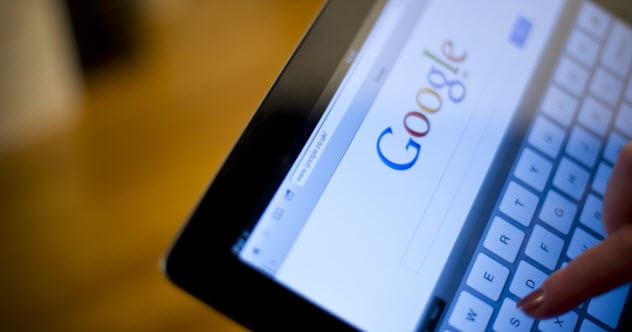 Can you imagine a world without the Internet? With a vast pool of knowledge at our fingertips today, it’s almost hard to remember what it was like before search engines dominated, social media spread like wildfire, and hilarious cat videos made their way around the office.

Once again, this invention owes its creation to Britain. Interestingly, early thoughts of the Internet occurred after the space race of the 1950s. Once the Soviet Union launched Sputnik, it encouraged superpowers to seriously consider science and technology.

As preliminary network communication circulated, British computer scientist Tim Berners-Lee introduced the World Wide Web.[4] Pushing beyond barriers of simple data transfer, Berners-Lee created a resource of information that anyone could access. Although the Internet has undergone numerous changes since then, Berners-Lee is credited with the creation of the modern Internet, adding another bullet point to the list of British things that Americans are not independent from. 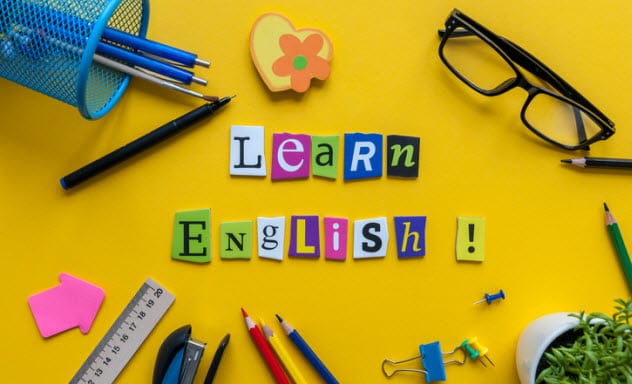 Perhaps annoyingly self-evident, the English language no doubt originated from England. A member of the Indo-European language family, English has worked its way to being the dominant language in a number of countries around the world. This includes the United States, although some are shocked to find out that there is no official language of the nation.

What started as “Old English” has progressed to “Modern English,” which is what you’re reading right now. This period extends from the 16th century to the present and outlines a period of gradual implementation.

Merriam-Webster reports that it did not simply spring into existence but rather became established over time through groups that had no solidified speaking principle or lexicon.[5] And as America was born, the English language followed it across the Atlantic. 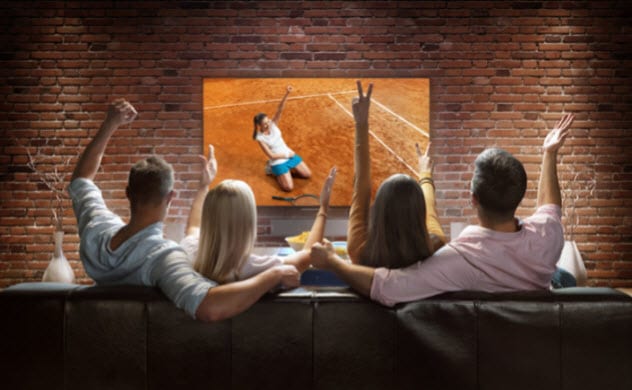 The origin of the television is often questioned. However, John Logie Baird, an engineer from the United Kingdom, was unquestionably instrumental to the development of modern television. This eventually led to the first television channel in America in 1928.

Before that, 1926 marked the first public presentation of television in Baird’s laboratory in London. In 1927, he demonstrated the groundbreaking transmission of television pictures over phone lines. Then, on February 8, 1928, Baird transmitted television across the Atlantic Ocean and sparked a revolution.[6]

Today, we tune our plasmas to thousands of channels, which provide everything from the original 1930s dramas to modern-day cooking tutorials. Without British development, you wouldn’t be able to binge-watch your favorite reality show in America today. 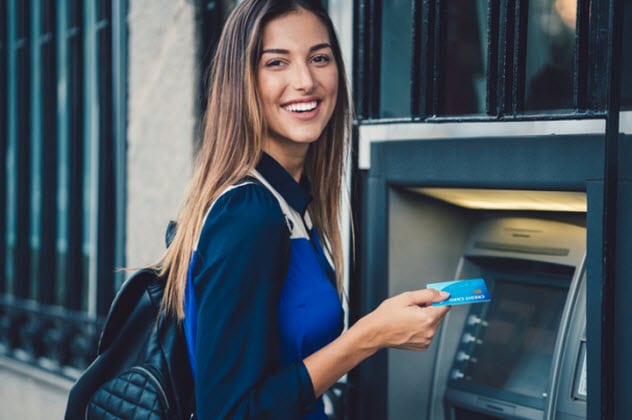 The magic of inserting your card, punching in your PIN, and receiving neatly stacked bills from a machine is nothing special. But when you consider its invention and history, it’s revealed that automated teller machines (ATMs) revolutionized the banking industry and changed consumer finance forever.

The world’s first ATM found itself outside an Enfield (London suburb) Barclays branch. As reported by Smithsonian magazine, the story of a proverbial light bulb glowing over the head of British engineer John Shepherd-Barron after he missed his bank’s operating hours is often criticized.

Although he was part of the development of the after-hours cash vending machine, there were several others involved. In no time, Barclays’ ATMs were dispersed around the country and beyond. 1969 is widely considered the year of the ATM as countries around the world began to implement this technology.[7]

Whichever origin story you regard as true, there is no doubt that our companions across the pond played a major role in the creation of the ATM, a device that Americans frequent every day. 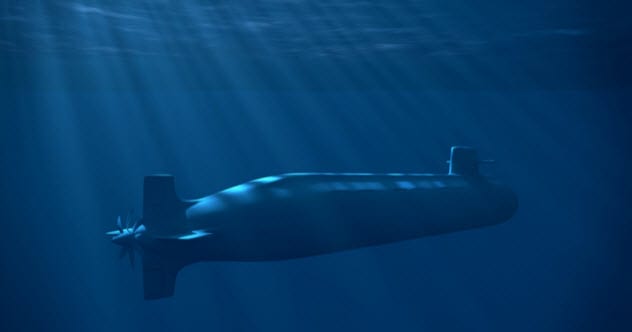 An integral part of military defense, the modern submarine was created by John Phillip Holland in the latter part of the 19th century. This fascinating vehicle was constructed by uniting three contemporary pieces of technology—the electric motor, the electric battery, and the internal combustion engine.

Initially rejected due to lack of utility, the submarine blossomed outward from Vickers’ yard in Barrow, England. From the start of World War I, continuous development and consequent improvement took place on the submarine.

In World War II, submarines maintained a vital role in battle and defense.[8] Starting during the Cold War, the nuclearization of submarines was underway. You know, the giant warheads and missiles in the action movies. Imagine the value of those attached to a swimming metal bullet, virtually undetectable by enemies until it’s too late.

This British invention, which has now trickled around the world, epitomizes the strength and innovation of the United States military. 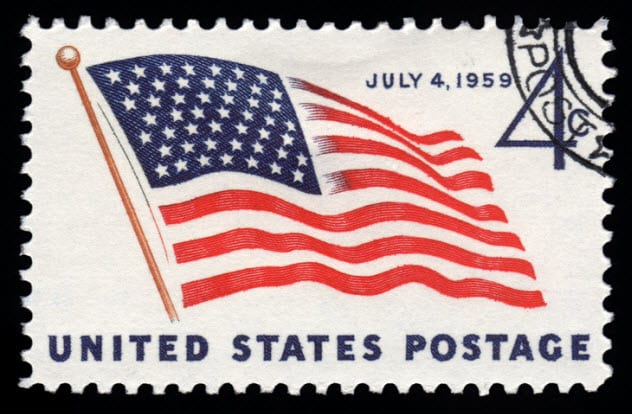 The first postage stamp dates back to May 6, 1840, far before stamp collections were common. The little sticker in the corner of our envelopes was regarded as nothing more than simple postal procedure.

The “Penny Black” was the first stamp, as issued by the British government. In 1837, British Postmaster General Sir Rowland Hill established the “Post Office Reforms.” This outlined that mail could be transported anywhere throughout the British Isles, that mail was paid for by the sender, and that payment was receipted by placing a colorful paper outside the letter (the stamp).

Of course, modern societies use perforated, adhesive strips of paper with different designs. But the first stamp bore the image of Queen Victoria and required the cutting of individual pieces.[9]

Next time you send a letter, ship a package, or pay a bill—and you’re required to use a stamp—you’ll be reminded that’s one more thing, no matter how silly or trivial, the US took from Britain! 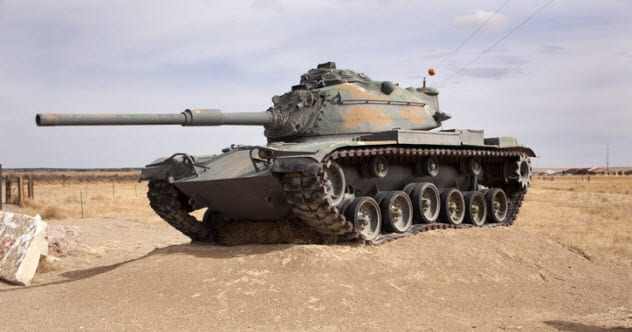 Let’s go back to September 6, 1915, when Little Willie was born. He was the first of his kind and possessed destructive capabilities beyond anything previously created.

You didn’t think we were talking about a child, did you? Little Willie was the first tank to roll off the factory line in England. It weighed a staggering 14 tons and could only travel 3.2 kilometers per hour (2 mph).

Nonetheless, it became a staple for advanced militaries around the world and undoubtedly shaped the outcome of our world’s wars. Developed in response to World War I trench warfare, the idea for the tank was the brainchild of British army colonel Ernest Swinton and secretary of the Committee for Imperial Defence William Hankey.

By 1916, the tank entered its first battle and proved immensely useful. During World War II and the Persian Gulf conflicts alike, tanks were prominent weapons.[10]

Today, the United States possesses nearly 6,000 tanks, which serves as an indication that their use is paramount in securing the nation. To keep America the land of the free and the home of the brave, it undoubtedly took some help from Britain. This begs the ultimate question: How truly independent is America?

Read more about British and US stereotypes and how Britain influenced the US on 10 British And American Stereotypes That Science Says Are Bull and Top 10 British Inventions That Changed the World.