Every year, there are countless cases of animals devouring human corpses. It’s not just an urban legend that pets are forced to feed on their owners, rotting remains after tragedy. Occasionally, these are horrific cases of infestations in what should be sterile clinical settings—like hospitals and morgues. Other times, wild animals scavenge human remains. In rare instances, eaters of the dead are even encouraged to do so. It may be an affront to our presumed human dignity, but when all is said and done, flesh is flesh. 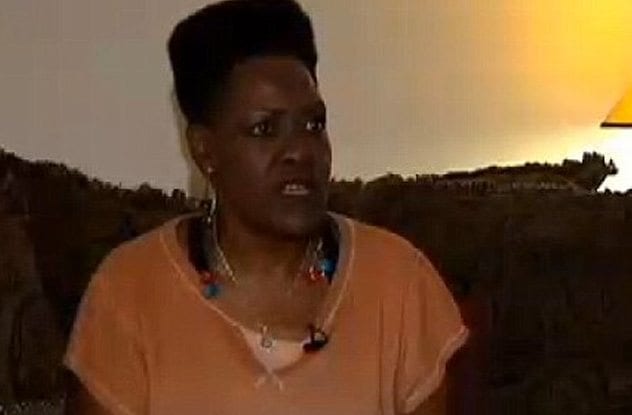 On July 18, 2014, Doris Kennard won a $237,000 judgment for emotional stress she suffered from corpse-eating rats at Providence Hospital in Washington, DC. Contracted to clean the deceased, Kennard faced flesh-mad rodents that would chew through body bags and seethe through cadavers’ nether regions. In 2010, she landed in the hospital from a rat attack suffered after pulling a tail she believed to be a feminine care product string from the corpse’s vagina. Faulty coolers attracted nearby trash compactor vermin with the smell of death.

Providence Hospital attorney Hugh Farrell stated: “We vehemently disagree with the verdict and will file an appeal.” However, evidence supports the plaintiff’s claim that the hospital falsified reports in a decade-long rodent cover-up. In January 2014, the hospital gift shop shut down when a customer noticed droppings in a bag of rodent-chewed food. Kennard initially filed suit in 2012, and Providence Hospital’s request for a mistrial was rejected.

9Flesh-Eaters Of The Ganges 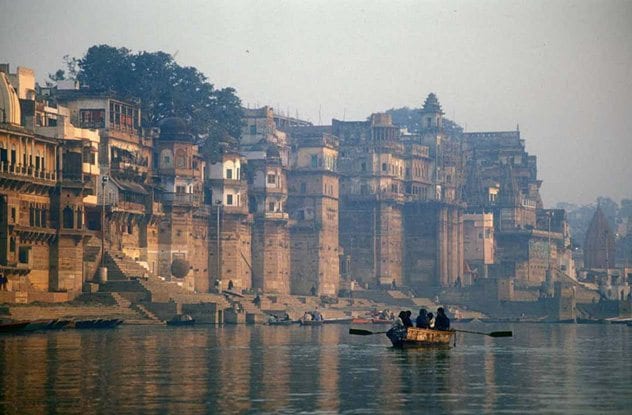 India’s Ganges River has a corpse problem. According to Hindu tradition, salvation comes with cremation along the sacred waterway. Often, bodies are not fully burned before they are relinquished to the river. Those who cannot afford cremation are dumped in whole. Hundreds of human corpses are cast into the Ganges daily, along with 50 tons of cremation ash. In 1980, the Indian government sought to remedy the “necrotic pollution” problem by introducing corpse-eating turtles.

The Indian government invested $32 million on 25,000 soft-shelled Trionyx gangeticus, a terrapin known for raiding cremation pyres. The turtles were raised on a diet of dead fish to prevent them developing a taste for the living. 10 turtles could devour an entire human corpse to bones over two days. However, mismanagement and corruption doomed the plan from inception. With no one monitoring their survival, turtles were poached into annihilation. The Ganges’s corpse problem persists. 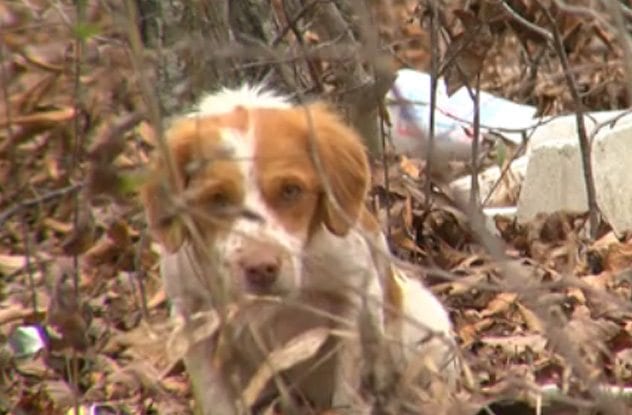 In November 2015, Arkansas authorities discovered a pack of nearly 50 corpse-eating dogs viciously guarding their snack—the remains of their owner. Upon arrival, deputies were unable to approach the victim’s trailer. Animal control officer Reta Tharpe was forced to shoot nine dogs to get to the deceased 65-year-old woman. She had died of hepatitis C. With limited options, her 46-strong pack was forced to turn to the only available source of food: her corpse.

The woman had previous trouble with the law for dog hoarding. The county decided to remove the dogs from her, when they discovered she was incapacitated with hepatitis. According to Tharp, the “real threat began when they started to roam into neighbor’s yards.” A veterinarian and Tharp tried tirelessly to save or euthanize the dogs. Ultimately, 27 needed to be shot. Dogs still roam outside the trailer along Oyler Road in Van Buren County. 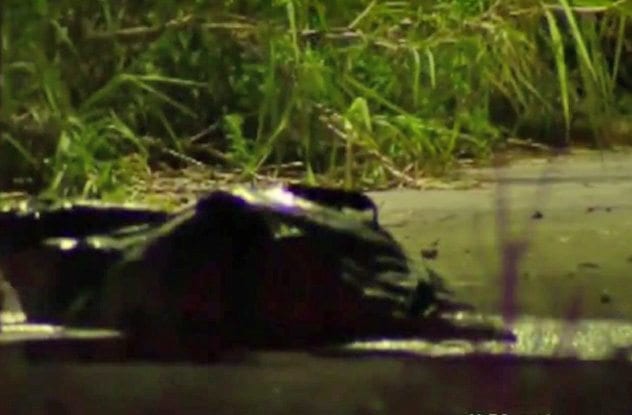 In May 2016, Florida police discovered a pair of alligators devouring a corpse on the edge of the Everglades. Fisherman alerted authorities to the grisly find in canal west of US 27 in Broward County. The remains “appeared to have been in the canal for some time,” and investigators were initially unable to determine sex. The crocodilian pair—one large, one small—devoured the corpse’s midsection. According to Davie Police captain David Engle, “we are treating this as a homicide until we find otherwise.”

The corpse was removed from the canal around 10:00 PM. A dive team was called in. Officers lined the bank with AR-15s, prepared to shoot the lingering crocodilians. According to a spokeswoman from the Florida Fish and Wildlife Commission, it was too soon to determine if the alligators were killers or just scavenging. If a reptile was found responsible, authorities will need to recover the man-eater. 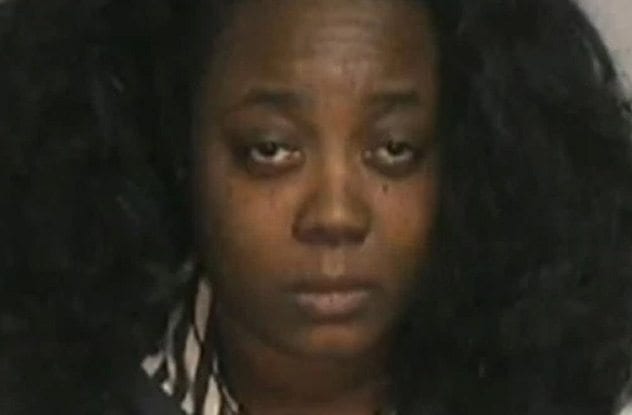 On December 30, 2015, authorities discovered that a neglected paraplegic man had become a maggot-eaten living corpse. Concord police responded to a report that a 36-year-old man was having trouble breathing. When they arrived at the scene, authorities found Mark Fulgham laying in feces on a stained mattress, surrounded by cockroaches, dead flies wedged in the ceiling, and the stench of rotten flesh. Authorities described the apartment as uninhabitable. The man was unable to speak or breathe, and maggots seethed through his bedsores. He died in the hospital.

Police charged the man’s wife, Dormanicia Lawson, 37, with homicide, neglect, and child abuse. Authorities called this one of the worst abuse cases they’ve seen. According to reports, Lawson lived with her paraplegic husband, their 11-year-old, and their 19-year-old son, who has severe autism. Lawson provided no explanation other than she was “tired and stressed.” In 2016, Lawson was sentenced to four years.

5A Meal Of Veal 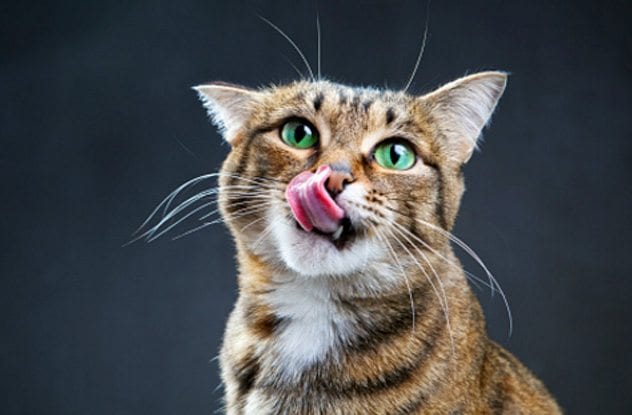 In August 2013, police discovered that a British woman’s cats had been gnawed on her body as it lay undiscovered for weeks. Neighbors alerted authorities when they discovered Janet Veal’s mailbox overflowing. Police used a ladder to enter through an unsecured second-floor window. Inside, they discovered a squalid home, severely lacking fresh air, with garbage piled high. There were multiple dead pets, including at least one cat and a dog, as well as several live felines. They found the partially devoured corpse of Veal, 56, in the kitchen.

Coroner Keith Wiseman stated: “It was clear that certain parts of Mrs. Veal’s body were missing.” Her remains were badly decomposed, making cause of death initially difficult to ascertain. Pathologist Dr. Vipul Foria believes her death was most likely due to chronic obstructive pulmonary disease. Veal had been estranged from her husband for over a year and was described as a “recluse.” 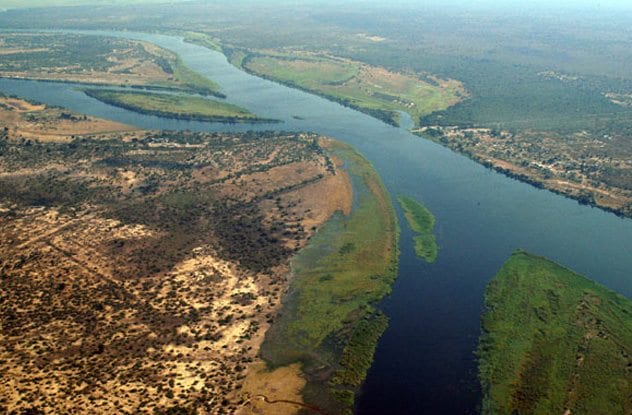 In 2015, British tourists on a sunset cruise of the Zambezi River got more than they bargained for when they saw a crocodile devouring a corpse. Their guide initially thought it was feeding on an animal and drew attention to the spectacle. “All there was to see of him were his trousers,” stated one witness. Authorities were unable to recover any of the man’s remains. There were no reports of people missing from nearby communities. However, they have theories about his identity.

“We strongly suspect this man was a poacher,” claims Trevor Lane of the Bhejane Trust, a Zimbabwe conservation group. Two days previously, rangers ambushed a group of 13 Zambian poachers. A shoot-out occurred. One man died. Rangers noted that only nine made it across the river. Three remain unaccounted for. The victim may have been wounded—or perhaps not. Crocodile attacks are frequent on the Zambezi. 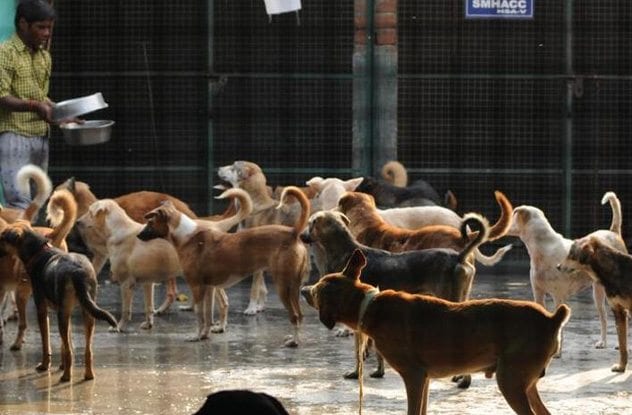 In December 2016, stray dogs devoured the corpse of a female tourist outside the post-mortem room of Bihar Hospital in India. According to authorities, Pema Choden, 53, was hit by a speeding truck in Begusarai. The following day, a pack of wild canines were spotted eating body parts of the Bhutanese woman. At the time of her death, Choden was en route to Bodh Gaya to attend a festival with the Dalai Lama.

Police sent the body to the hospital for a post-mortem. What happened next is debated. Police allege, “The concerned health officials left her body in the open outside the post-mortem room, and some stray dogs ate some parts of the body.” District civil surgeon Harinarain Singh blamed police. He alleges the officers did not even bother to alert him of the body’s arrival and merely dumped Choden’s remains in the open outside the post-mortem room. 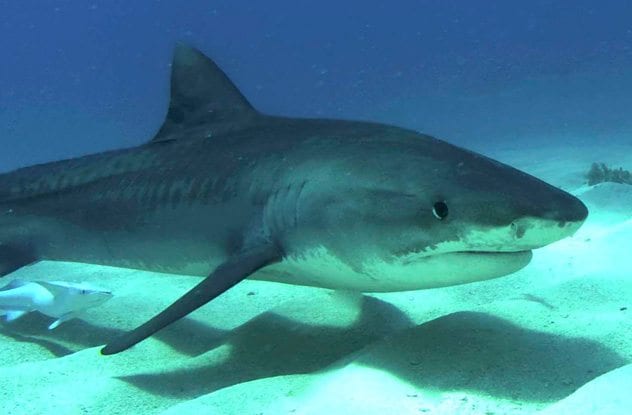 In November 2014, Filipino fisherman caught a tiger shark with a half-digested human head in its guts. Bodoy Gorgod, 48, landed the monster on hook and line between Camiguin and Bohol islands. He was so disgusted, he discarded his gruesome catch—except for the jaws and fins. Based on the teeth, expert diver Jake Miranda of the Surigao Dive Club estimates the shark could have been 12 feet long and up to 660 kilograms.

The victim’s identity remains unknown. Some theorize he may be one of the missing passengers aboard the ill-fated M/V Maharlika 2 ferry, which sank last September. Two male passengers remain unaccounted for. The wife of fisherman Perry Santillana insists they get rid of the shark’s jaw, or the soul of the dead man may haunt them in the night. The Philippines prohibits fishing for five threatened shark species—the tiger shark is not protected. 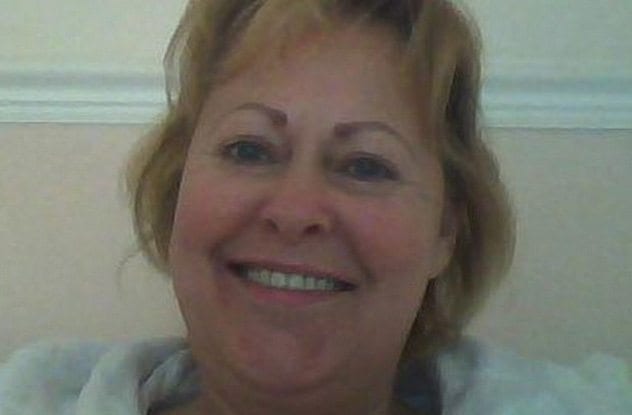 In January 2015, a Jack Russell Terrier and a Staffordshire Bull Terrier ate a UK woman after she died from an overdose. Hampshire former jeweler Noelle Baynham, 61, fell to her death on the way to the bathroom. Her dogs were left without food for days. Friend Grant Donovan stopped by to check on Baynham. After no one answered his knocks, he discovered an open backdoor and entered. He described the scene as “the most horrifying thing I’ve ever seen” and immediately alerted authorities.

The coroner’s report revealed that Baynham died from a painkiller cocktail that triggered a stroke. The terriers ate most of their owner’s vital organs, making cause of death initially difficult to determine. Pathologist Dr. Amanda Jefferies indicated there was enough information to determine that Baynham’s death was not a homicide. Scratch marks on her chest suggested the dogs struggled to wake her. Both terriers were euthanized.