10 Times The Praetorian Guard Changed The History Of Rome

The Praetorian Guard is one of the most famous military units in history. They were known as elite Roman soldiers, sworn to protect the emperor for hundreds of years. They were feared by the people and even by the emperors themselves, who often went to great lengths to gain the praetorians’ favor.

The Praetorian Guard grew too powerful and, on more than one occasion, exerted its influence in ways that forever changed the history of the Roman Empire—and, indirectly, the world. 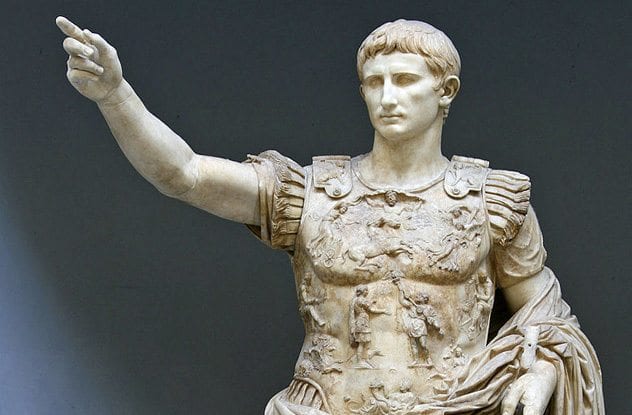 Although praetorians are inexorably linked to the Roman Emperor, they existed for centuries before Rome ever became an empire. During the Roman Republic, groups of soldiers known as Praetorian Cohorts were assigned to generals or magistrates called praetors.

During the civil war initiated by Caesar, the number of praetorians grew considerably, and both Augustus and Mark Antony had several cohorts. After Augustus became the first emperor of Rome, he united the cohorts and officially formed the Praetorian Guard. He learned firsthand from Caesar the advantages of having an army loyal to you, personally.

Augustus maintained several cohorts in Rome and dispersed the rest to other Italian cities. While the main goal of the praetorians was to protect the emperor, they also acted as a police force. From this moment on, the Praetorian Guard’s influence increased until it became one of the most powerful bodies within the Roman Empire. 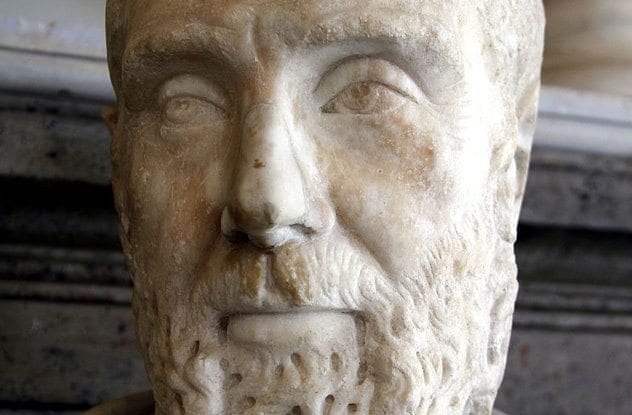 238, known as the Year of the Six Emperors, was one of the most tumultuous years in the history of the Roman Empire. As the name implies, six different people were recognized as Emperor of Rome within 12 months, and five of them were dead by the end of the year.

It all started with Maximinus Thrax, the soldier who became the first “barracks emperor” in 235 thanks to the support of the army and against the wishes of the Senate. By 238, a governor named Gordian was convinced to take power and proclaim himself emperor. He did, but he made his son, Gordian II, co-emperor. They still had to deal with Thrax, who was now declared public enemy. They failed, and both Gordians died. Afterward, the Senate named two elder statesmen, Pupienus and Balbinus, as the new co-emperors.

In the meantime, riots erupted in Rome, and the people targeted Thrax’s representatives, the Praetorian Guard. They even enlisted the help of gladiators to take on the skilled soldiers and besieged the praetorian barracks. In response, the Praetorian Guard attacked the palace and killed both Pupienus and Balbinus.

Meanwhile, Thrax’s army had enough of his bloody reign, killed him, decapitated him and brought his head to Rome to seek forgiveness. Gordian III was named new emperor.

8The Guard Makes Galba Emperor And Then Murders Him 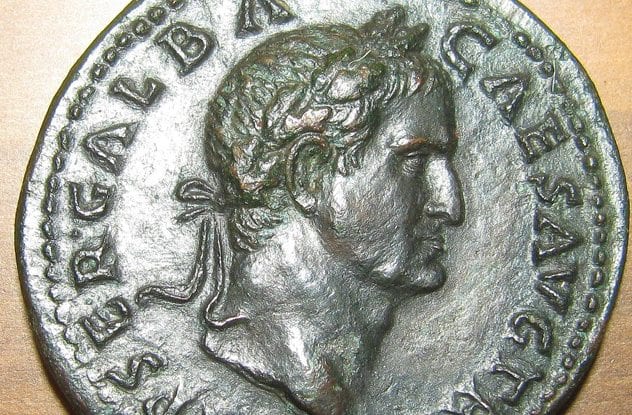 Modern scholars are debating whether Nero was as horrible a leader as ancient historians portray him. However, it is clear that, toward the end of his reign, Nero lost all support of the Senate, who wanted him replaced with Galba. In 68, Nero also lost the support of the Praetorian Guard, when the leader, Gaius Nymphidius Sabinus, announced his allegiance to Galba.

The praetorians abandoned Nero in exchange for a huge sum of money. According to Plutarch, this money would be impossible to raise without committing “ten thousand times more evils upon the world than those inflicted by Nero.” The men didn’t get their money and, seven months after Galba’s reign began, the praetorians turned on him.

The Praetorian Guard aligned itself with Otho and overthrew Galba. When confronted, the emperor’s retinue switched sides and killed Galba. Historians recorded the name Sempronius Densus, the only praetorian who didn’t betray Galba or run away and who made his last stand against his former brothers-in-arms. 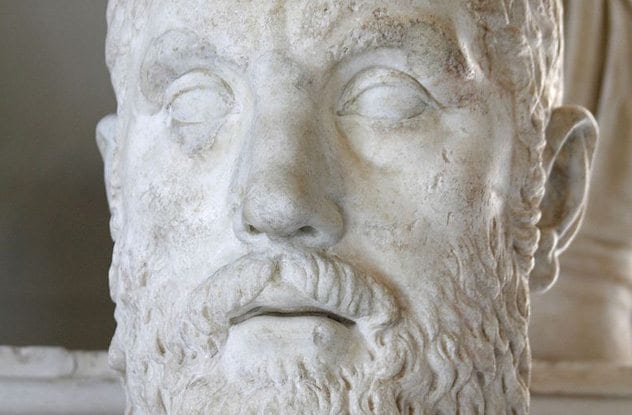 As the leader of the Praetorian Guard, the office of Praetorian Prefect steadily became one of the most powerful positions in the empire. Still, this didn’t stop some prefects from coveting even more power. In this case, it was the greed of a single praetorian which changed the course of history and almost ended the Severan Dynasty.

Macrinus was the Praetorian Prefect during the reign of Caracalla. However, he saw an opportunity to seize the throne by exploiting and manipulating the emotions of a centurion in Caracalla’s personal retinue. His name was Martialis, and he hated Caracalla for executing his brother and for constantly insulting him in public. According to Herodian, it didn’t take much for Macrinus to convince Martialis to murder Caracalla in exchange for favors and riches.

Soon afterward, Caracalla had to undertake a long journey and took only a small group of soldiers, Martialis among them. When the emperor stopped to relieve himself by the side of the road, the disgruntled centurion walked up to him and stabbed Caracalla to death.

Martialis was chased down and executed. Macrinus, ably playing the part of grieving friend, won the support of the army and declared himself emperor a few days later.

6Two Sets Of Guards Fight Against Each Other 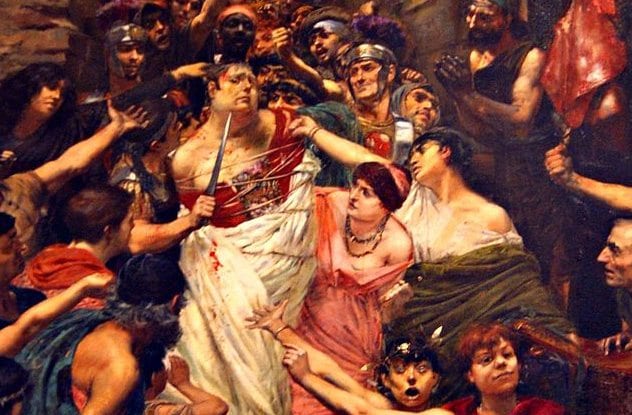 After the aforementioned Otho overthrew Galba, he reigned for just three months before committing suicide. Up next was Vitellius, and one of his first moves as emperor was to disband the Praetorian Guard and have over 100 of them executed for their role in Galba’s murder. He went on to create a new guard with loyal soldiers from his Germanic troops.

Although Vitellius was recognized by the Senate as Roman Emperor, not everyone agreed. Specifically, a large portion of the army declared Vespasian as new emperor. This also included all the former praetorians who now found themselves unemployed. Vespasian’s military soon marched on Rome. The two groups of praetorians fought each other at the Battle of Bedriacum, where Vespasian’s army, led by Marcus Antonius Primus, was victorious.

Once Vitellius’s Praetorian Guards realized defeat was at hand, they looked for ways to abandon the sinking ship. They prevented Vitellius from carrying out a peace agreement. Later, when the emperor tried to flee the city, his guards brought him back to the palace under pretense that the peace treaty had been signed. Instead, he was surrendered to Vespasian’s troops, dragged through the city, and Vitellius became the only emperor in Roman history killed at the place of execution known as the Gemonian Stairs. 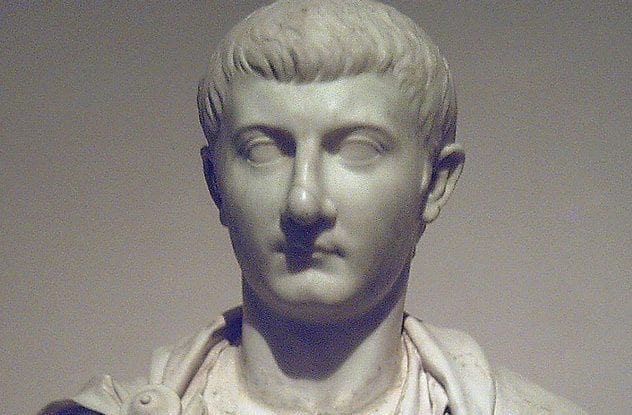 Although Augustus established the Praetorian Guard, the unit’s influence grew substantially under his heir, Tiberius, thanks to the machinations of the deceitful Sejanus.

Sejanus was the Praetorian Prefect who became one of the emperor’s closest confidants and purported friends. In fact, when Tiberius retired to Capri in the last decade of his reign, Sejanus became the administrative head of Rome and, consequently, the leader of the empire.

Were it not for Sejanus, the Praetorian Guard’s power would have never reached the heights it did. He passed numerous reforms that favored the guard, including moving them from the outskirts of Rome into the city itself and building the barracks which became the Praetorian Guard headquarters for the next 300 years.

Sejanus’s ultimate goal was the throne. He started by eliminating Tiberius’s rightful heir, his son, Drusus Julius Caesar. Historians of the time such as Tacitus agree that Sejanus seduced Drusus’s wife, Livia, and had him poisoned. Sejanus hoped to marry into the family and get adopted by Tiberius. When the emperor refused, Sejanus began isolating him as much as possible. In 26, Tiberius moved to Capri and never set foot in Rome again.

Sejanus oversaw a purge of all nobles who could challenge his power, including several Julian family members who died suspiciously. His own demise came unexpectedly. Although we are unclear on the exact circumstances, in 31, Tiberius sent a letter to Rome condemning Sejanus of conspiracy, and he was summarily executed. 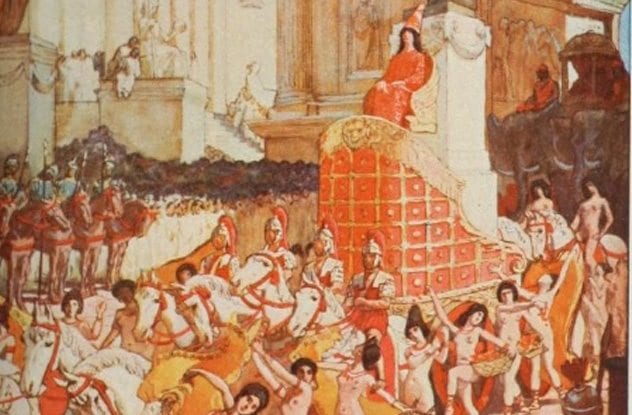 Macrinus might have been able to orchestrate the demise of Caracalla and install himself as emperor, but his reign was short-lived. Caracalla’s aunt, Julia Maesa, managed to produce a rebellion, and Macrinus died at the Battle of Antioch in 218. New Roman emperor became Maesa’s 14-year-old grandson, Elagabalus.

Although not as infamous as Nero or Caligula, Elagabalus’s four-year reign was marked by decadence, sexual and religious scandals that, arguably, topped those of his predecessors. In the end, his actions managed to alienate the Senate, the common people, the Praetorian Guard, and even his own grandmother, Julia Maesa, who helped plot his assassination.

By 222, the guard had had enough of Elagabalus and wanted him replaced with his cousin, Severus Alexander. The emperor tried to plot against Alexander, expecting the help of the Praetorian Guard, but there was no help to be had. Instead, when Elagabalus walked into the praetorian camp, he was executed, decapitated, and his naked body dragged through the city. Along with him, the Praetorian Guard killed his mother, his lover, Hierocles, and everybody else who indulged in the young emperor’s debauchery.

3Praetorian Guard Chooses The Wrong Side 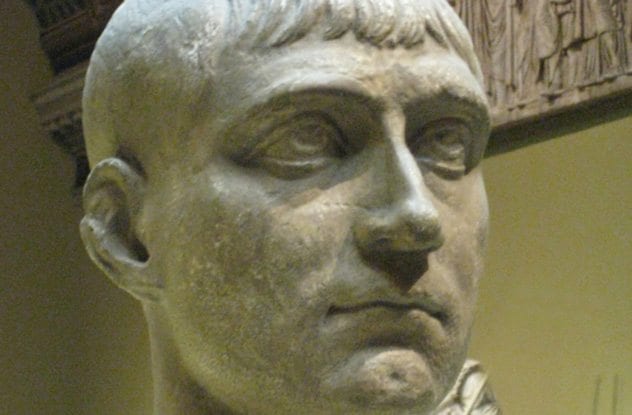 Given the number of times the Praetorian Guard tried to interfere in the administration of the Roman Empire, it was certain that they would eventually bet on the wrong horse. This happened at the start of the fourth century during the civil war between Maxentius, Licinius, and Constantine. The Praetorian Guard was firmly behind Maxentius, who increased its ranks after being initially reduced in numbers (and influence) by Diocletian.

Unfortunately for them, Maxentius’s army was decisively defeated in 312 at the Battle of the Milvian Bridge, where Maxentius drowned in the Tiber. Constantine would go on to defeat Licinius and become sole emperor in 324.

Realizing they could not be trusted, Constantine dissolved the Praetorian Guard in 313, marking the end of three centuries of serving the Emperor of Rome (more or less). He made a grand show out of destroying their barracks in Rome and assigned the surviving praetorians to the far reaches of the empire. 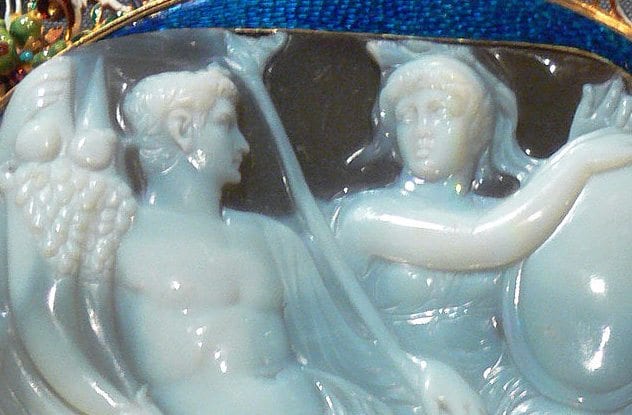 41 was a busy year for the Praetorian Guard. First, they assassinated Caligula, then they prevented the restoration of the Roman Republic, and, finally, they declared Claudius the new Roman Emperor.

By the end of his reign, Caligula was so despised that several groups of people plotted his demise. After a few failed conspiracies, the plot that ended the emperor’s life was orchestrated by the praetorian Cassius Chaerea and the tribune Cornelius Sabinus, although it was said that many others knew and approved of the plan. According to Suetonius, Caligula was approached in an empty passage by Chaerea, and his men and was stabbed 30 times. Afterward, the praetorian dispatched guards to kill Caligula’s wife and infant daughter.

Cassius’s downfall was overestimating his influence over the Praetorian Guard. His plan was to help the Senate restore the republic, but most of his fellow soldiers preferred imperial rule. When they decided against Chaerea’s plans, they rescued Claudius, the only remaining member of the Julian Dynasty, and took him to safety. After securing praetorian support, Claudius declared himself new emperor, and Chaerea and other conspirators were executed for treason.

1Auction Of The Imperial Title 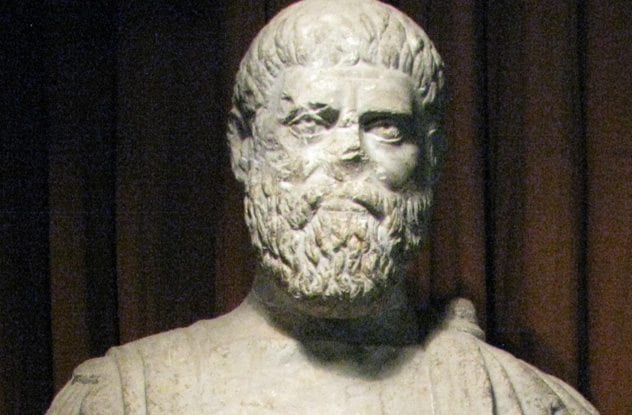 Without a doubt, the most shameful, abusive act ever carried out by the Praetorian Guard happened in 193 when it auctioned off the Roman Empire to the highest bidder.

This all started when the guards murdered the Roman Emperor Pertinax, who felt that the Praetorian Guard had become too powerful and corrupt and wanted to reform it. Afterward, the emperor’s former father-in-law, Sulpicianus, offered them a large sum of money to grant him the support needed to become the new emperor. Realizing the opportunity they had, the guard opened the auction to public bids. A wealthy senator named Didius Julianus paid the highest bid and became the new Emperor of the Roman Empire.

Unsurprisingly, not everyone reacted well to this blatant abuse of power, and a civil war broke out, known as the Year of the Five Emperors. Julianus lasted less than three months before he was executed.