It is hard to imagine ever being in a situation where we might think of eating another human being. But history has shown us time and again that there are many situations where people will commit the unthinkable. As awful as it is to say, sometimes the situation makes the moral crime understandable. But there are also times when the crime of eating the flesh of another person is cruel and unnecessary.

The past is full of stories about shipwrecks and cannibalism. The case of the whale ship Essex is one of those rare cases where one could see why cannibalism was practiced.

In 1820, the Essex was attacked by a sperm whale. The ship went down, but all 20 men survived and got onto the three remaining boats. After much time on the water and being short on supplies, three of the men decided to remain behind on a barren island.

More weeks passed by on the water, and one of the 17 remaining men had a fit, convulsed, and died. The other men fell upon him, cut out his organs, and ate what they could.

As more sailors died, they were eaten. Then, one fateful day, one of the men had to be killed so that the remaining men could live. All in all, only five men survived long enough to be rescued.

9 Until There Was Only One 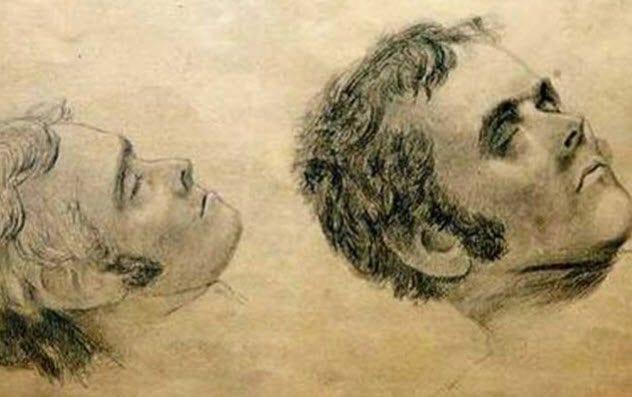 Anyone who was ever sent to Sarah Island no doubt spent his time wishing he could escape. In 1822, that is exactly what Alexander Pearce and seven convicts did. They went into the bush, and only Pearce came out alive.

According to various accounts, shortly after escaping, three of the men dropped out of the group. That left a total of five men. They pressed on, but hunger overcame them. The first to be axed was a man named Bodman. The remaining four men all took part in the cannibalism so that they would all be guilty of the crime.

When hunger struck again, Pearce and another convict held down yet another doomed man while a man named Greenhill killed and butchered him. Matthew Travers was the next man to die, leaving only two men: Pearce and Greenhill.

Finally, a camp was found and Pearce alone stepped out of the bush. Greenhill had been eaten. 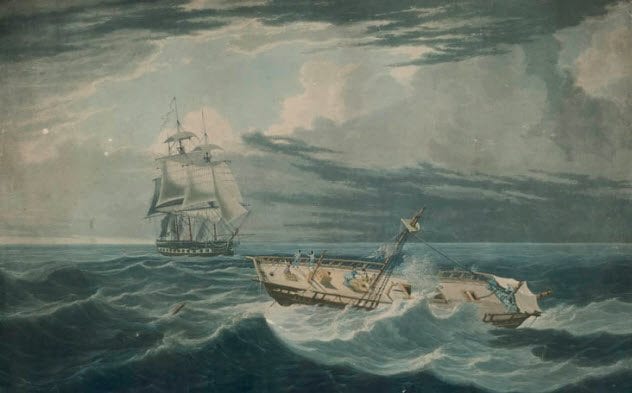 The Francis Mary, a timber ship, met up with strong winds on February 5, 1826. The event took out both of her masts, and she was suddenly dead in the water. Provisions were few, and soon the 21 people on the ship began to starve.

The first person died several days later, but the crew was not yet ready to try cannibalism. By the time the second person passed away, the crew had not eaten for 10 days. The dead man was cut up, and his meat was dried and rationed.

More people died and were eaten. By the time the cook was in the midst of dying, his wife, Ann Saunders, claimed property rights on him, bled him, and took the larger portion of his meat. Then she became the ship’s cook and was reported as being unflinching in her cannibalistic work.

By the time rescue arrived, there were only six people left alive. 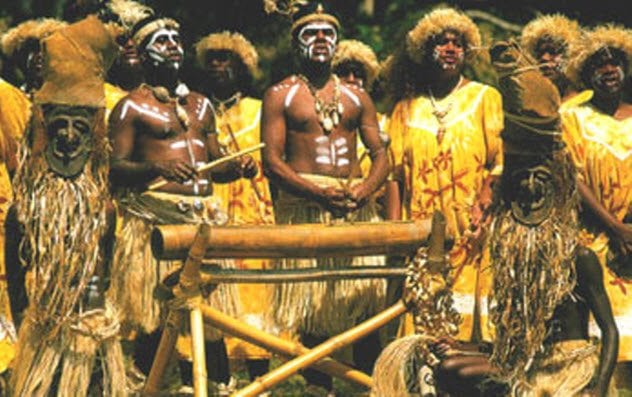 A case of native cannibalism hit the newspapers in 1866. According to the report, a French war steamer sent a boat into one of the rivers in New Caledonia, an island in the South Pacific. The people on the steamer waited for the boat to return, but no one came.

Nervous about what might have happened, the steamer went up the river in New Caledonia and eventually discovered the remains of the men from the boat. It was evident that the men had been killed and eaten.

A few of the native people were captured and admitted to “splitting their skulls with axes, and had then cooked and eaten them.” They even went on to complain that one of the men was so old and tough that they had to cook him extra long before his meat became tender enough to eat.

Angered, the French exacted their revenge by killing every native they could find. 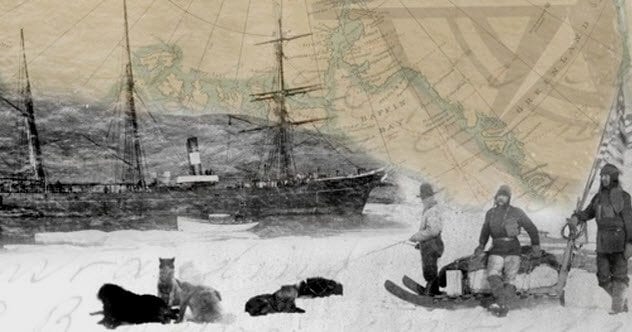 History is full of stories about expeditions that went horribly wrong. The Greely expedition is one of them.

It began in 1881 when US Lieutenant Adolphus Greely was given command of an Arctic expedition. Twenty-five men left, and in 1884, only six survivors returned after being rescued.

At first, these men were considered heroes. But two months later, word got out that at least one person on the expedition had been shot and eaten. The authorities tried to cover up the scandal, but autopsies of the deceased confirmed the rumors of cannibalism. 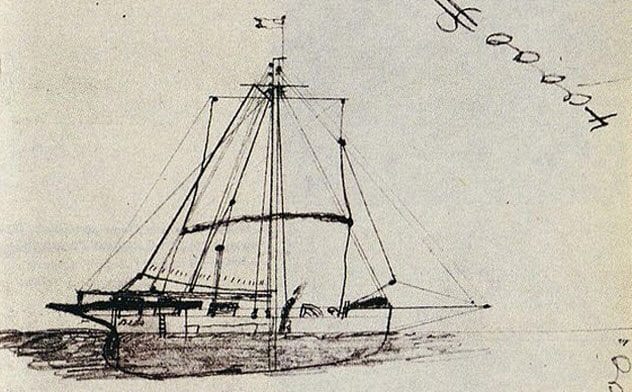 In 1884, Jack Want, the wealthy Australian lawyer, bought a yacht to add to his social prestige. Jack hired an experienced seaman and three crewmen to sail the yacht, named the Mignonette, to Australia for him.

To make a long story short, the men took the South Atlantic route, met up with a storm, and sank the yacht. The four men managed to save themselves by getting onto the yacht’s dinghy.

For three weeks, the men starved. They drank their own urine to stay alive. They also caught a turtle, drank its blood, and then ate it.

Eventually, they thought that they would draw lots to decide who would be killed and eaten. Instead, they decided to kill off the youngest and weakest person on the dinghy, 17-year-old Richard Parker. Shortly after eating their shipmate, they were rescued. 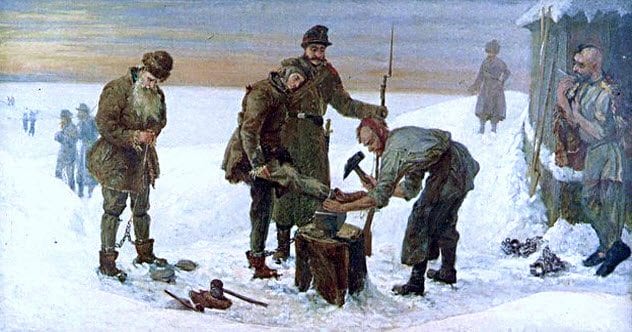 Siberian prisons have always been known to be brutal places. In 1903, it was reported that four men had escaped from a prison on the island of Saghalien. Eventually, two of the men were recaptured.

What happened to the other two escapees? They were eaten.

The men did not have enough supplies to survive the trek through the cold, so two of the men agreed to attack and kill the other two. They drank their victims’ blood, cut their meat into strips, and laid the strips in the snow to freeze. When the men were captured, they still had some of the frozen strips of meat. 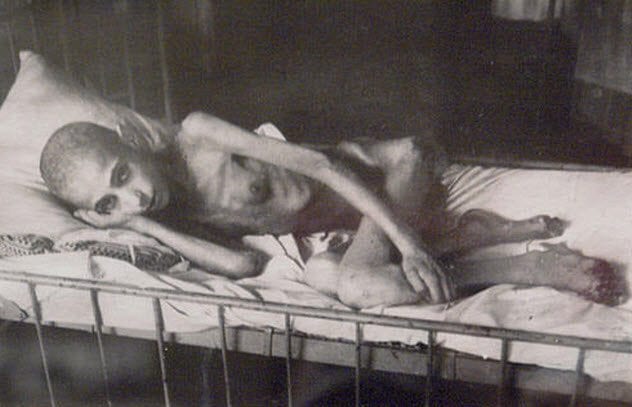 In summer 1941, the Germans began to surround Leningrad. By fall, their forces had managed to cut off all the city’s food supplies, leaving the people inside the city to starve.

At first, people turned to the zoo and ate the animals and fish they could find there. Then they began eating their pets. In a last moment of desperation, the starving people ate wallpaper paste and boiled down leather into a jelly that could be eaten.

Finally, with no other choice but to starve or break a major taboo, many people turned to cannibalism to stay alive until their city was freed again. It was believed that hundreds to thousands of people turned to this practice. It became so bad that the police within the city had to set up a special task force to combat the cannibalism. 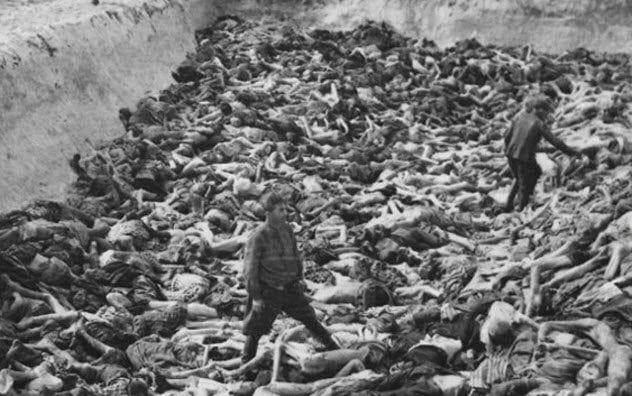 During World War II, the Bergen-Belsen camp originally held prisoners of war. It later started housing civilians, and then it became a concentration camp. People from all backgrounds and countries were cramped inside the camp. Food rations were short, and by 1945, the prisoners were starving, going without food for days at a time.

When the Western Allies arrived at the camp, they were not prepared for the conditions. Brigadier Glyn Hughes told reporters, “The prison doctors tell me that cannibalism is going on.” He added, “There was no flesh on the bodies. The liver, kidneys, and heart were knifed out.”

These prisoners were in such horrible conditions with dead bodies piled about and no food that they were forced to commit the unthinkable just to survive another day. 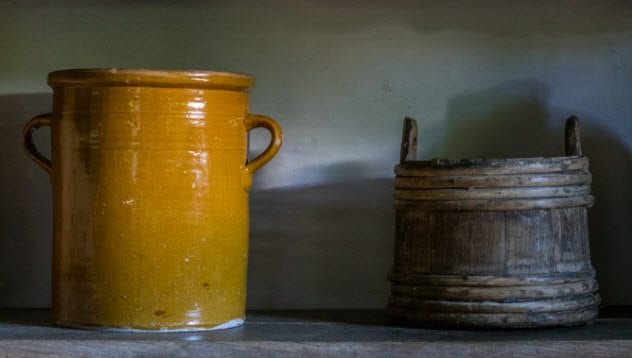 A strange report came out in February 1948 from the Russian zone of Chemnitz. Apparently, Bernard Oehme’s sister had gone missing the month before, and relatives reported the matter to the police.

The police went in search of the 26-year-old woman and discovered what was left of her in her brother’s home. They “found human flesh in pots, buckets, and dishes, and Maria’s head, hands, and feet in the cellar.”

When confronted, the brother admitted to “killing, cooking, and eating” his sister. No reason was given as to why he committed cannibalism.