There is no doubt that there are some mysterious destinations spread around the globe. Such places can be intriguing, fascinating, frightening, or thrilling to those who visit them. Some destinations, though, are more intriguing than others, particularly when there’s nothing out of the ordinary about them upon first inspection.

Many picturesque locations hide dark pasts. Often, even darker legends are formed from their histories. Whether it’s tales of ghosts, witchcraft, or strange sightings from another world, some parts of the planet aren’t always what they appear.

10 The Albino Creatures Of Hicks Road 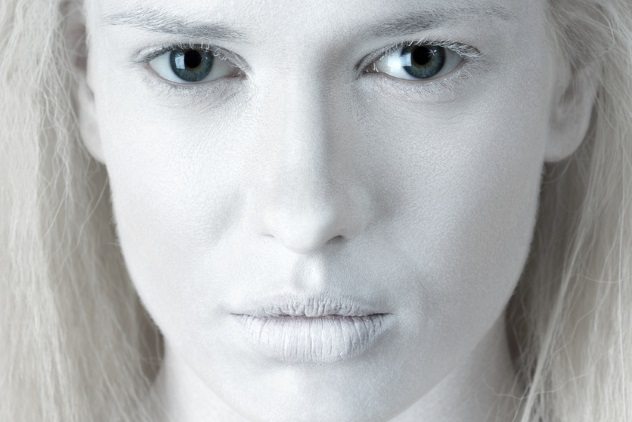 San Jose, California, officially came into existence in November 1777. Surrounded by breathtaking mountains and thick woodland, one particular area, today known as Hicks Road, has been home to sightings of strange albino figures ever since, and likely for a long time before that.[1] According to legends, these pale-skinned beings inhabit small communities of huts or shacks away from the rest of civilization. They only venture down in search of food.

Whether there is any truth to the legends or not, many motorists refuse to drive down Hicks Road. Some stories even tell of people discovering vehicles abandoned at the sides of the road, their owners nowhere to be seen. There are also legends of an old, beaten pickup truck that roams the road looking for unsuspecting people who have ventured down the menacing route. Some people even claim to have been actively chased by this battered vehicle. 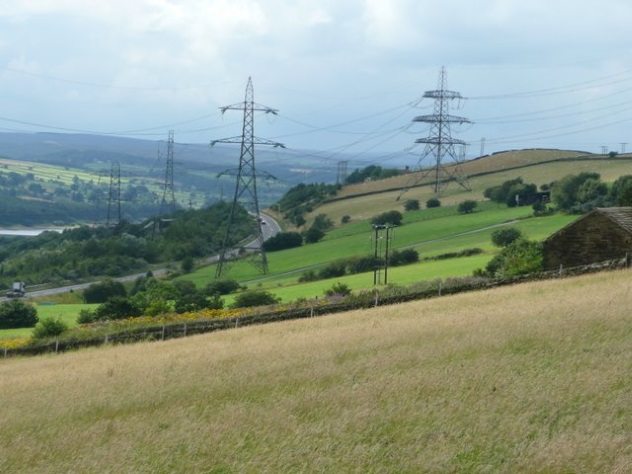 Created to provide a quicker link between Sheffield and Manchester in the north of England, the Stocksbridge Bypass is said to be one of the most haunted roads in Europe.[2]

There are regular reports of strange children playing in the fields at the side of the carriageway or of figures suddenly appearing in the middle of the road. One particular sighting of this nature occurred on New Year’s Eve 1997, when a young couple had to swerve their car to avoid hitting “a figure [that] just appeared in the road” in front of them. Incidentally, statistics show this road to have one of the highest accident rates in the country, with many reports stating the drivers had “swerved their vehicles” to avoid hitting something in their path.

The sightings were reported as soon as construction began on the new road, with researchers claiming the land was once home to many mines which claimed the lives of numerous children who fell down their shafts. There is also a local legend of a monk who, after falling from grace with the church, was buried somewhere on the land. One of the first encounters on record, reported by two security guards patrolling the area, was the sighting of a dark figure dressed in monk’s robes. 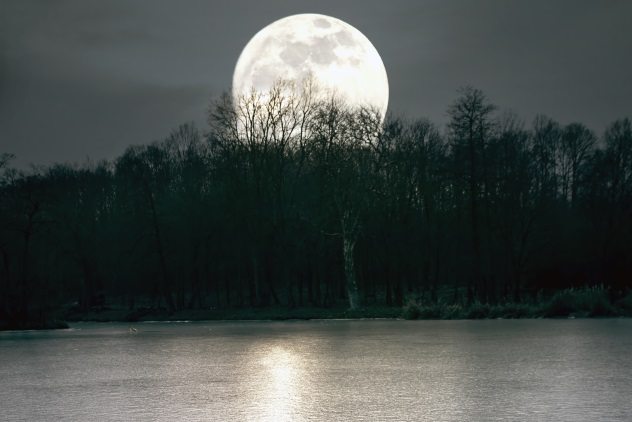 Deer Island sits in the Gulf of Mexico off the coast of Biloxi, Mississippi. It is home to a plethora of tales that date back to the early 19th century and continue today.[3] Many of the sightings are reported by fishermen who would use the island as a base camp of sorts during fishing trips.

They have long told, for example, of the Firewater Ghost (sometimes called the Ghost of Blue Fire), a ball of blue fire that is often seen moving speedily under or on the surface of the water. Despite its name, many researchers in the modern age have likened details of the sightings to similar sightings of UFOs.

A headless skeleton is also said to roam the island. Legends state that the skeleton belongs to an unfortunate pirate who was decapitated by his fellow crew so that he would remain on the island to watch over their loot. 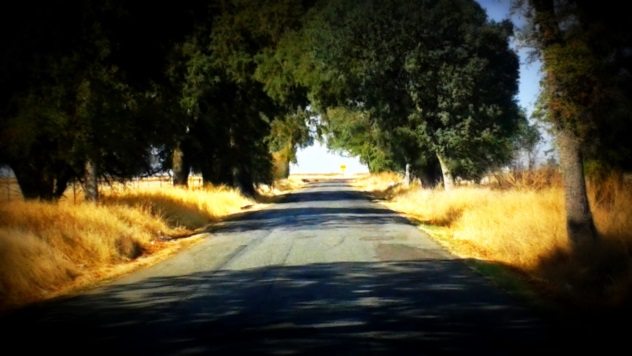 Dyer Lane is a lonely 1.6-kilometer (1 mi) stretch of road in Elverta, California. It appears to be the center of bizarre paranormal activity, ranging from ghostly apparitions in the middle of the road to rocks being thrown, seemingly from nowhere, at joggers who dare venture that way.[4]

The origins, and the cause if you believe the legends, go back to the mid-19th century, before the road existed. At that time, it was land owned by the Dyer family—John, Julie, and their children. They kept cattle on the land as well as a slaughterhouse and appeared to be happy and prosperous.

However, John, it would seem, struggled with remaining faithful to his wife, and one evening, after murdering their youngest children, Julie Dyer slaughtered her husband before taking her own life. The Dyer’s eldest child would return later that evening, and upon being confronted with the carnage of the murder of his entire family, he set light to every building on the land, ensuring all were destroyed.

Whether the Dyers really do haunt the road named in their honor is open to debate. Many locals, however, will tell you to stay clear of the stretch if possible.

6 The Many Hauntings Of Staten Island 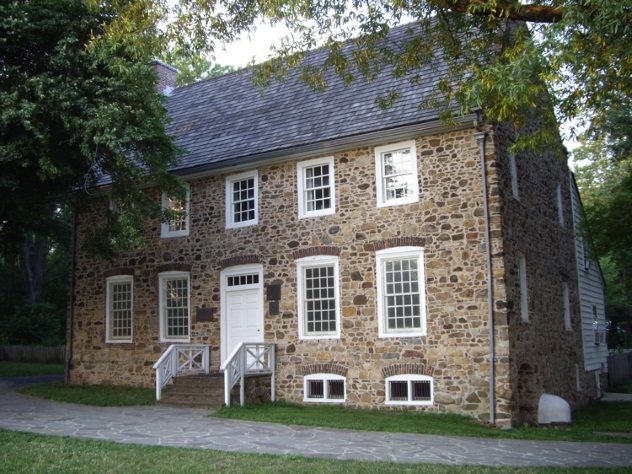 While there are hundreds of apparently haunted locations in the state of New York, Staten Island appears to be home to more than its fair share.[5]

For example, the Conference House (pictured above), built in 1680 by Christopher Billop, an officer in the British Royal Navy, is said to stand on sacred Native American land—burial land at that. Many sightings of old British soldiers are said to occur here, as well as that of a young maid. Legend states that Billop stabbed her to death in the building shortly after its completion.

Lights in the Parsonage House are known to turn on and off of their own accord, at least according to residents of the area. Many other sightings are regularly reported at St. Andrews Church and the St. George Theatre, both of which have stood for hundreds of years. Perhaps one of the most haunted locations is Snug Harbor, which has reports of strange apparitions going back to the “settlement” of the region. 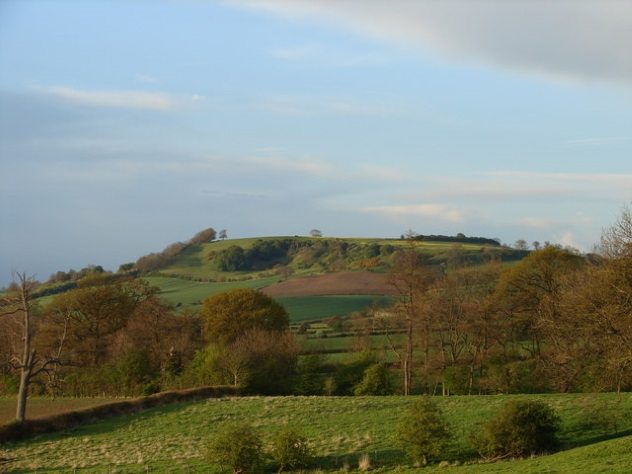 Meon Hill and the surrounding areas of Lower and Upper Quinton in Warwickshire, England, have a long history of witchcraft and the practicing of dark arts.

Meon Hill itself has a bizarre legend attached to its creation. Following the completion of Evesham Abbey, the Devil himself hurled a “large clod of earth” at the place of worship. The bishop of Worcester from 693 to 717, Saint Egwin, used prayer to swerve the approaching pile out of the way of the abbey and to a field nearby, so creating Meon Hill.[6]

The Rollright Stones also reside nearby and are considered even today to be a meeting place of witches and those who practice black magic. According to the legends, the stones are the remains of a Danish king and his army who were advancing toward the capital. A witch would halt this advance, however, turning them into stone, which they will remain as until the end of time.

4 The Curse Of Pyramid Lake 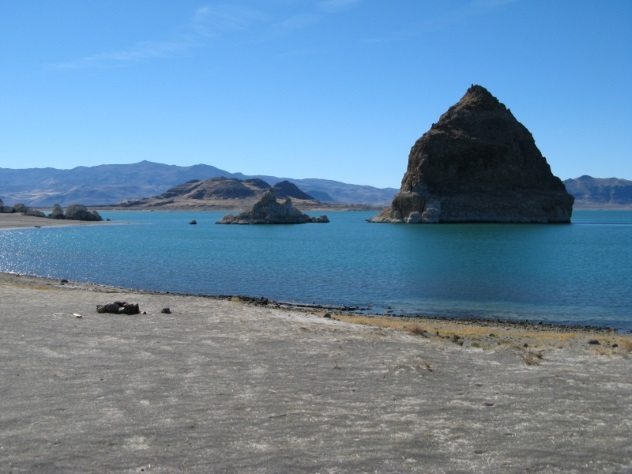 Pyramid Lake in Nevada is one of the most beautiful, serene settings anyone could hope to visit, at least on the surface. The legends of the area, and their origins, are anything but.[7]

As settlers from the west encroached more and more on land inhabited by the Paiute tribe, tensions quickly turned to animosity and ultimately the Paiute War, sometimes known as the Pyramid Lake War. The conflict was bloody, to say the least, with 80 deaths on the side of the settlers and an untold number of Paiutes killed. A cease-fire was agreed to in August 1860—but not before the Paiute tribe placed a curse on the lake.

Many people who visit the area often report hearing babies crying or children laughing, as if the sound is emanating from the water itself. Furthermore, hearing the children’s voices is a sign of bad luck. According to a local saying, “If you hear them you will have bad luck. If you see them you are dead.”

As if to add a dose of reality to these dark legends, many swimmers and divers have drowned in the lake, often in mysterious circumstances. Stranger still, some unfortunate people simply vanished and are presumed dead.

3 The ‘Most Active Paranormal Area In The US’ 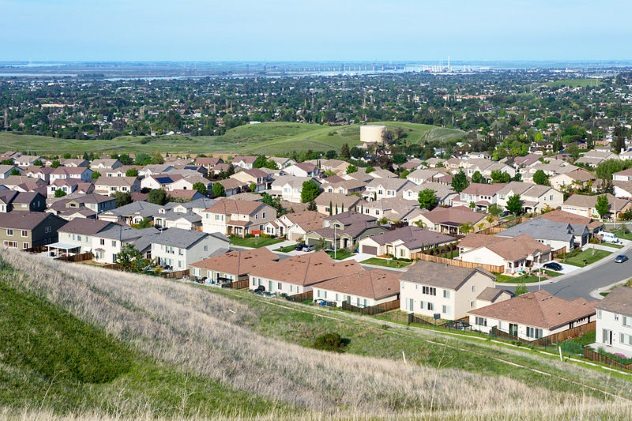 Antioch, California, is said to be one of the “most active paranormal areas” in all of the United States. Situated east of San Francisco, ghost stories and encounters with strange entities are in abundance.[8]

For example, you may bump into Sarah Norton, a local resident from the 1800s who was killed when a carriage knocked her down and ran her over. Her death occurred near the Black Diamond Mines, a hot spot of ghostly activity in itself. Two dark figures are often reported to be lurking around the mines, while the spirit of the White Witch—who was executed nearby—is also said to roam the area.

If you decide to indulge in a little fishing in the Antioch area, you very well may bump into the woman who has been seen flying over the marina or even the gold miner who once lived in a white house on the town’s outskirts and who has held conversations with several people.

2 The Ghost Of Gay Street 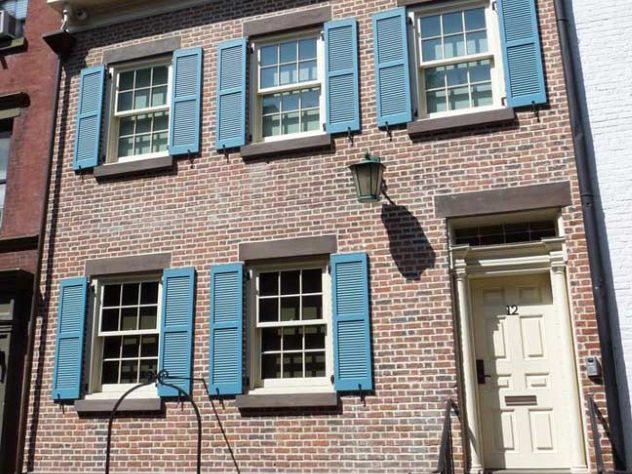 While one particular three-story house on Gay Street in New York City’s Greenwich Village appears to be the hub of bizarre activity, the entire street is said to be home to mysterious figures lurking in the shadows before vanishing, noises like children playing in otherwise quiet buildings, and strange aromas of cooked food seemingly coming from out of nowhere.[9] The house in question, 12 Gay Street, was built in 1827 and is said to have been a place where influential figures and celebrities of the time would gravitate to for prestigious parties and dinners.

Although there are accounts of strange sightings of what would become known as the Ghost of Gay Street going back to the late 19th century, the property and the street itself would find fame in the 1960s when respected paranormal investigator Hans Holzer visited it. Many paranormal researchers have conducted further investigations of the house since, and it is widely regarded as an authentic and genuine paranormal hot spot. 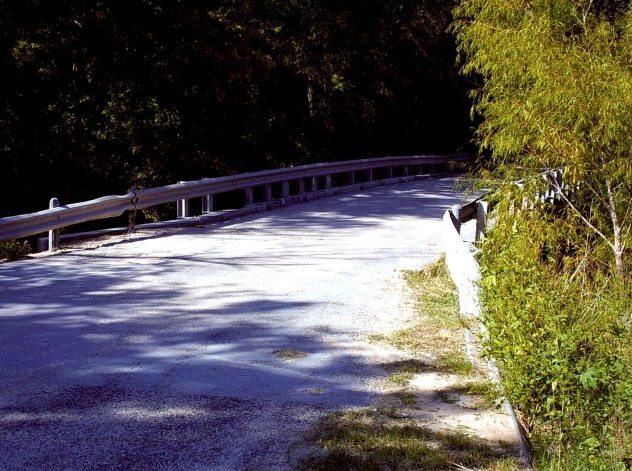 Under a stone bridge off Old Applewhite Road in San Antonio, Texas, is said to reside the Donkey Lady, a mysterious woman who legend states suffered horrific burns in a fire at some point in the 1950s.[10] Hideously scarred, she was shunned by her husband and the community at large and was said to have taken refuge in the loneliness of the surrounding woodlands. There have been many apparent sightings of the Donkey Lady over the years, although it is not clear, if indeed the story is true, whether these sightings are of the lady herself or her spirit.

Further legends state that should you wish to see the Donkey Lady for yourself, you should drive to the bridge, turn off your headlights, and then call out her name three times. It is said that she will then appear to you. Although these details are found in many other urban legends, many local residents insist that they have had bizarre experiences at the otherwise lonely and nondescript bridge.

Read about more creepy locations around the world on 10 Horrifying Haunted Villages Around The World and Top 10 Creepy Haunted Bridges.