Much of human history is not written on paper but in our genes. Some genes show the true, unexpected origins of cultures and the desperate evolution to survive pandemics while others have remained unchanged for thousands of years. Ancient DNA also dispels myths but opens up new mysteries. 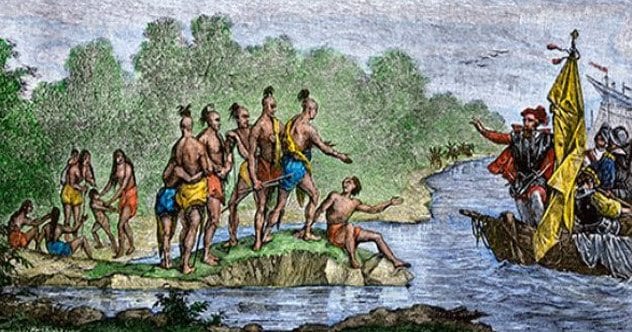 The arrival of Europeans in the Americas caused widespread epidemics in native tribes. This first contact tragedy is called the “Columbian Exchange.” Everything started in 1492 when Christopher Columbus sailed to the New World.

Before that, pathogens existed in America, including tuberculosis. But none were as devastating as those that arrived by ship—smallpox, measles, yellow fever, and flu.

In theory, this vulnerability was pinned on Native Americans evolving in isolation for thousands of years. Scientists finally found proof when they studied the Tsimshian nation’s DNA in 2016. Comparing two groups, ancient and modern, they found a big change in the genes linked to immunity.

There are historical accounts of smallpox tearing into the Tsimshian people after European contact. A drop in genetic diversity shows that smallpox killed 57 percent of the population.

Today’s Tsimshian are genetically different from their ancestors. The ancient people had a specific sequence adapted to the region’s pathogens. Their descendants’ genes resulted from selective evolution to survive the arrival of new diseases.

9 Origin Of The Irish 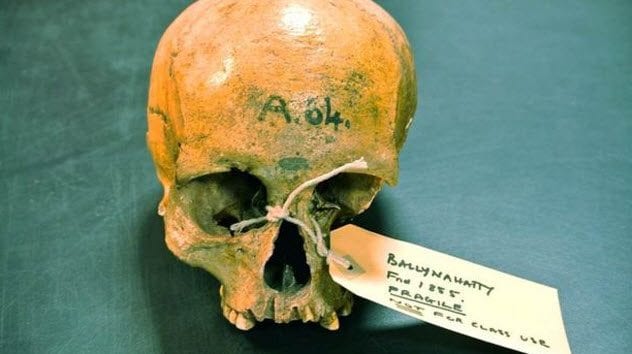 The roots of the Irish can be found in a Neolithic woman and three men from the Bronze Age. Called the Ballynahatty woman, her 5,200-year-old grave was found in 1855 near Belfast. Her genome was sequenced in 2015 and showed a genetic similarity to people from Spain and Sardinia today. Interestingly, her ancestors hailed from the Middle East.

During the Bronze Age, settlers arrived from Eastern Europe. The trio of males had ancestry from the Pontic Steppe, an area touching both Ukraine and Russia. The 4,000-year-old Bronze Age group was genetically closest to the modern Irish, Welsh, and Scottish.

Ireland has notable genetic tendencies—comfortably digesting milk as adults and a condition called hemochromatosis, where iron retention goes overboard. The disorder was found in the woman and one of the men, but each carried a different mutation. The same man, but not the woman, had the genes to consume milk. None of the four individuals fully match modern Irish genomes but rather represent some of the groups that established the Celts. 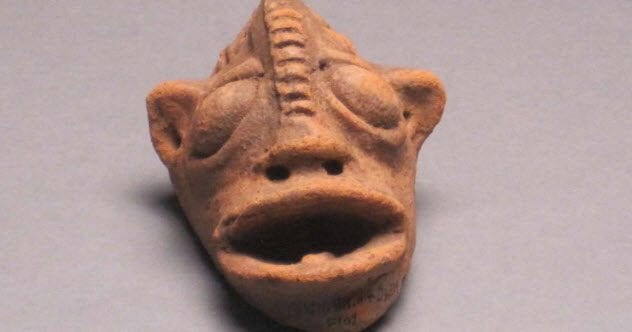 The so-called Koma Land people once lived in western Africa in what is today Ghana. If it hadn’t been for their one quirk, archaeologists might have overlooked their culture completely.

All the Koma Land people left behind were strange terra-cotta figures. The imaginative sculptures depict animal and human characters, sometimes merging the two as hybrids, and were found squirreled away in mounds.

Researchers considered lifting DNA from the artifacts to determine their purpose. However, nobody got too excited because the arid environment and the burial of these artifacts for centuries in the hot sand meant that any DNA was most likely too degraded to be of any use.

Incredibly, the clay vessels still contained usable traces of genetic material of what they once held. Most surprising was finding plantain, banana, and pine tree residue, none of which were indigenous during that time (AD 600–1300). The artistic culture must have had well-established trade routes spanning West Africa and the Sahara, the biggest hot desert on the planet. 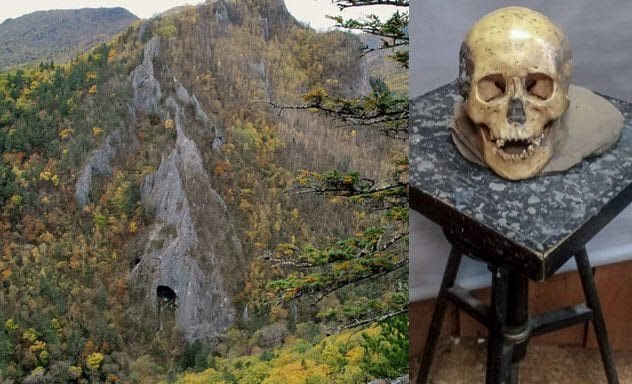 It’s rare to find living people with DNA that has been nearly unchanged for 8,000 years. The ancient world migrated madly and shuffled genes all over the place. Mainland East Asia was the exception.

In 1973, human remains were found in Devil’s Gate cave, located in the Russian Far East. Recently, DNA was salvaged from a Stone Age woman. Thanks to little genetic interference since the Neolithic, her genes closely matched certain contemporary ethnic groups in the region.

This holds true for Tungusic-speaking groups, including populations from China like the Oroqen and Hezhen. Also still using the Tungusic tongue is the Ulchi people.

Living where Russia shares a border with China and North Korea, they stand out for two amazing reasons. First, they retained an ancient hunter-gatherer lifestyle until very recently. Second, they appear to be direct descendants of the same population—and it is still basically the same population—of Neolithic hunters to whom the Devil’s Gate woman belonged. 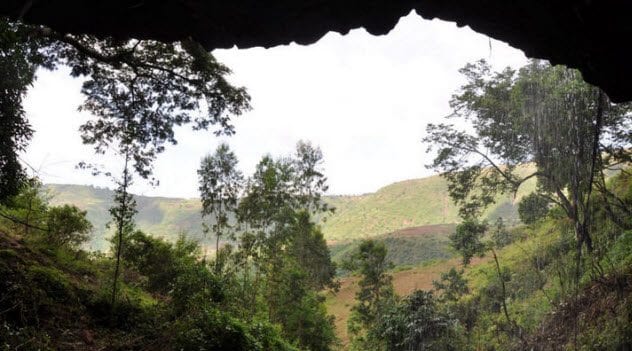 Mota is an Ethiopian rewriting Africa’s entire migration tale. He might have died 4,500 years ago, but his genes speak for him. Previously, it was believed that modern humans said goodbye to Africa about 70,000 years ago and spread to the Middle East, Europe, and beyond Asia before farmers from the Middle East and Turkey returned to the Horn of Africa.

The Ethiopian, named for Mota Cave where he was found, provided the first genome sequenced from an ancient African. Mota’s age made him older than the Eurasians of the accepted story. Another unknown group returned before them. He didn’t have the genes that evolved outside of Africa, those for lighter skins and eye colors, nor could he digest milk like the Eurasians from Turkey and the Middle East.

Digging deeper into Mota’s makeup for his mystery ancestors, researchers found an interesting ancient match. It was the 7,000-year-old LBK culture from Germany. If Mota’s Eurasian ancestry comes from the LBK people, it will change the story of when Eurasians settled and spread throughout Africa. 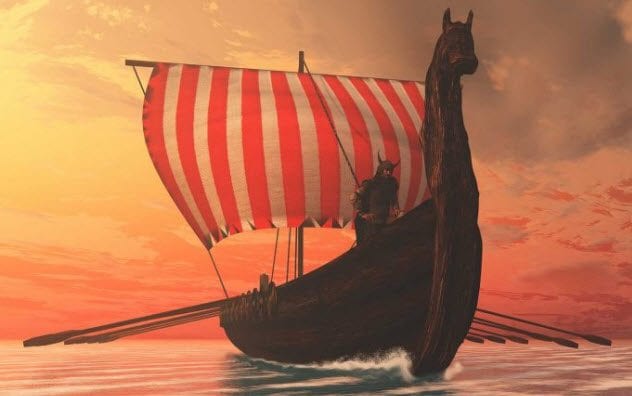 A Viking mystery was solved when researchers recently examined the tooth pulp from two royals. Sven Estridsen was the last Danish Viking ruler and died in AD 1074. Roskilde Cathedral holds both his tomb and that of his mother, Estrid. Her remains were placed in a pillar near the cathedral’s altar.

Nobody doubts the identity of the man in Sven’s grave. But throughout history, several experts have doubted that the woman in the pillar was really the king’s mother.

Luckily, there is a straightforward way to establish a direct mother-to-child link. Only women pass on their mitochondrial DNA (mtDNA) to their offspring, and the sequence remains identical.

Sven and Estrid’s mtDNA differed in two places. Not only is she not his parent, but she was also too young. Records give Estrid’s age as 70, but the woman in the pillar was around 35.

Interestingly, the king had a pair of daughters-in-law who were both named Estrid and also became queens. Considering their younger age, name, and royal status, it’s plausible that one of them was interred at Roskilde. 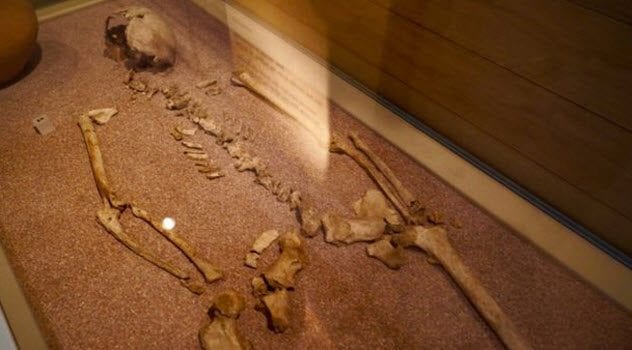 The original Londoners settled the city nearly 2,000 years ago. Four skeletons from the Museum of London allowed researchers to learn more about their origins and appearance.

The most complete skeleton was the “Lant Street teenager.” The 14-year-old’s DNA indicated that she was raised in North Africa. Her mitochondrial DNA (mtDNA) came from southern and Eastern Europe. She had blue eyes but skeletal traits matching sub-Saharan people.

The “Mansell Street man” was 45, and his dark eyes and hair fit his maternal DNA from North Africa. He grew up in London and had a diabetes-related bone disease, which was unexpected. Today, the disease is more prevalent in white Western men.

An individual from a pit of mangled men was possibly a gladiator. Aged 36–45, he led a physically violent existence, was born elsewhere, and carried mtDNA from Eastern Europe and the Middle East.

The “Harper Road woman” (pictured above) was a Briton who embraced Roman life. (Her grave was filled with Roman relics.) Her DNA revealed a surprise—she was physically a woman but genetically a male. 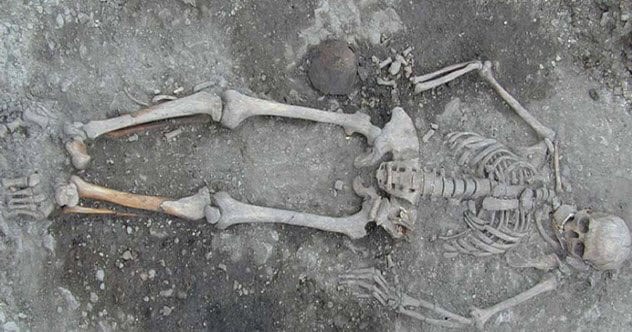 Australian scientists attempted to answer one migration riddle—and found another. To determine if farmers from Turkey had settled in Europe around 7,500 years ago, researchers looked at skeletons from Germany and Italy. The ancient bones belonged to various cultures from 7,500–2,500 years ago.

The study found that the first pan-European people were indeed from Turkey and that they flourished. Then, for some mysterious reason, their genetic markers disappeared about 4,500 years ago.

Whatever the reason was, it wasn’t a gradual change. Around that time, an unidentified historical event caused a sudden and massive migration. It was so big that it changed Europe’s population and genetic lineage forever.

Nobody knows who this mysterious group was or what drew them toward new pastures in such large numbers that they replaced the genes of entire cultures. A distant suspect is the Bell Beaker people from the Iberian Peninsula who also left their mark on the Celtic languages. 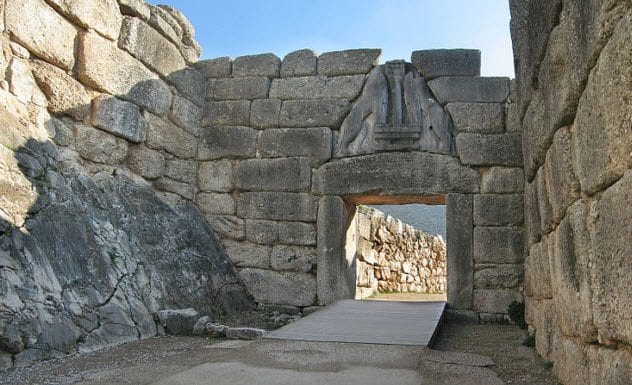 In the past, archaeologists were convinced that ancient Greek women were treated like chattel. New DNA evidence could prove them wrong.

Researchers from the University of Manchester headed to the archaeological site of Mycenae, Greece. They wanted to find out more about the founders of the citadel, which had been the first city-state in Europe.

The graves of Mycenae’s rulers yielded 35 skeletons, but just four had enough DNA to analyze. Only one was a woman, but she was enough to rock the boat. Thought to be the wife of a particular man, also one of the four fully sequenced individuals, her luxurious grave was assumed to be a reflection of her husband’s powerful position.

However, DNA tests and facial reconstruction revealed that they were siblings. Experts believe she had equal status and influence, indicating that women could hold powerful positions. The archaeologists who discovered this groundbreaking shift in perception feel that the distortion occurred when earlier archaeologists, all male, made the mistake of looking at the ancient world in a male-oriented way. 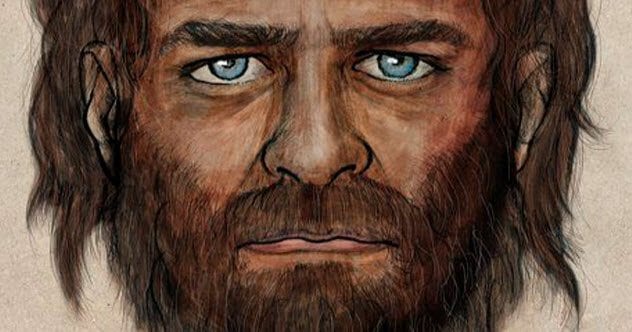 In 2006, two skeletons were found deep inside a cave in northwest Spain. Both were Mesolithic men who lived over 7,000 years ago. The thirtysomethings were in a good state, but viable DNA could only be extracted from one man’s molar. The results switched one evolutionary belief around.

The man’s genome painted a picture of his looks, and it was surprising. He had swarthy skin, dark hair, and blue eyes. It was unusual because he’s considered a modern European and this group is popularly seen as having light skin. The unexpected eye color suggests that the mutation for blue occurred before the mutations for light skin. Previously, it was thought to be the other way around.

He also busted another myth. Scientists had credited a sudden boost in the human immune system to a later time when men became farmers and needed protection from animal pathogens. However, the Mesolithic man, who lived a hunter-gatherer lifestyle, already had that protection. His closest genetic cousins today are the people from Sweden and Finland.