2015 marked the hundredth year since the Armenian Genocide began, where it is approximated that 1.5 million of the two million Armenians in the Ottoman Empire lost their lives. The Ottoman Empire’s meticulous cover-up of events, as well as the overwhelming scale of their systematic barbarism, means that the real number will never be known and greatly fluctuates from source to source. Such is the nature of genocide, that the perpetrators wish to eradicate any record of the victimized. From the sources that have survived, we have compiled the following ten disturbing facts about the Armenian Genocide. 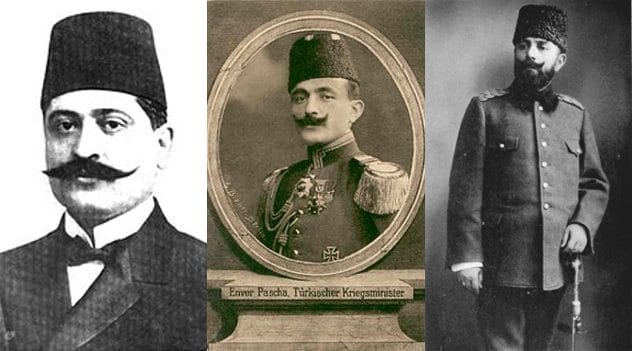 Talât Pasha’s hatred towards Armenians was longstanding. In his memoirs, Danish philologist Johannes Østrup contends that Talât shared his intent for the complete annihilation of Armenians with him as early as 1910. He quotes Talât as saying, “If I ever come to power in this country, I will use all my might to exterminate the Armenians.”

His wish for power came true in 1913, by way of a coup. The following year, the Ottoman Empire entered World War I, and then a year later began the systematic murder of Armenians.

Following the Empire’s defeat in the war, all three fled the country. The new government vilified them as the reason for the Empire’s debilitating participation in the war, and they sporadically acknowledged the Three Pashas for their overwhelming crimes against humanity.

When referring to the massacres that took place under the Three Pashas’ rule, Abdülmecid II, the last Caliph of Islam from the Ottoman Dynasty, is quoted as saying, “They are the greatest stain that has ever disgraced our nation and race.” 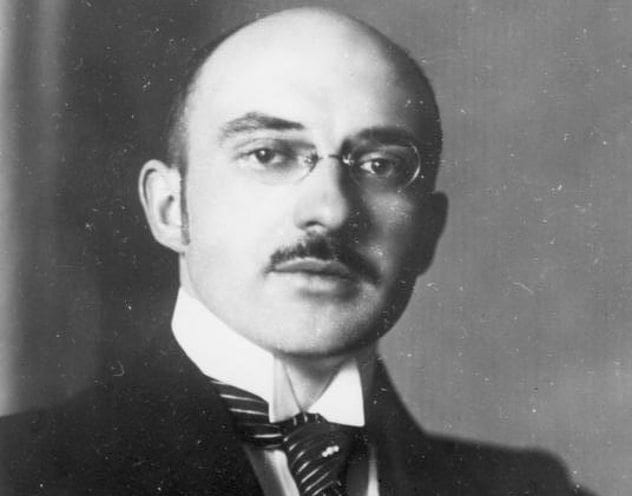 Max Erwin von Scheubner-Richter was the German vice-consul in Erzerum at the time of the Armenian genocide. He condemned the Ottoman Empire’s practices in his writings as a policy of annihilation.

Upon his return to Germany, however, he became deeply involved with the Nazi movement, developing a close relationship with Hitler. He was shot and instantly killed during the failed 1923 Beer Hall Putsch, marching with his arm linked to Hitler’s. Hitler would go on to dedicate the first part of Mein Kampf to Scheubner-Richter. While records of their conversations are scarce, it is a likely leap that Hitler was well-versed on Scheubner-Richter’s writings and experiences.

On August 22, 1939, Hitler gave a speech at his Obersalzberg home. It was a week before the German invasion of Poland, and he expressed to his Wehrmacht commanders his wish for the total annihilation of the Poles. Louis P. Lochner, who had sources within the Nazi government, claimed he had been given an original transcript of the speech, which he then published in his 1942 book, What About Germany? It quotes Hitler as saying, “I have put my Death’s Head formations in place with the command relentlessly and without compassion to send into death many women and children of Polish origin and language. Only thus shall we gain the living space we need. Who after all is today speaking about the destruction of the Armenians?”

Although it is a matter of content how much of a direct influence the Armenian genocide was on the Holocaust—the similarities are clear, as well as Hitler’s knowledge of the atrocities.

The genocide’s starting date is often cited as April 24, 1915, when up to 270 Armenian community leaders were forcefully removed from Constantinople and moved to Ankara. Predating this, the Ottomans had moved all Armenian people in the army to unarmed labor battalions, to make their eventual extermination easier to enforce.

Many Armenians died from starvation and dehydration. Females of all ages were habitually raped and left for dead. Mass shootings, drowning, burning, and poisoning were also common. People who managed to cling to life for the entirety of the death march were then placed in concentration camps, where they were massacred. 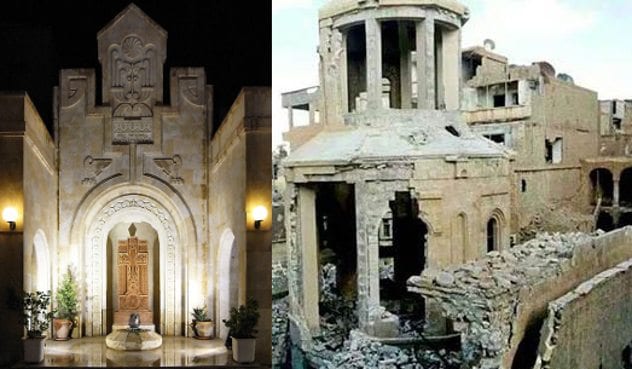 Construction of the Armenian Genocide Memorial Church reached completion in November 1990, and it was consecrated on May 4, 1991. The church was an important pilgrimage site for many Armenians. The greatest massing of people happening every year on the 24th of April, to mark the commencement date of the Armenian Genocide in 1915. Thousands would visit to pay their respects.

6The Greek and Assyrian Genocides Happened at the Same Time 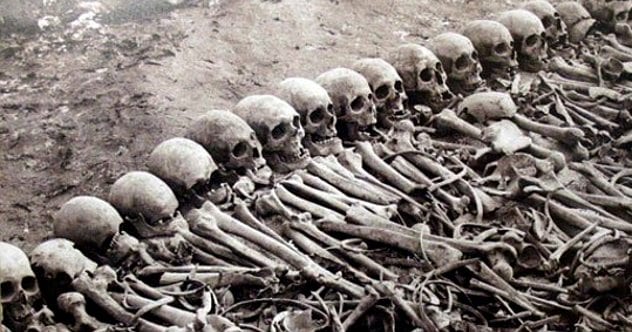 The Armenians suffered the most deaths during the Ottoman Empire’s attempts to eradicate Christian minorities, in and around the period of World War I, and thus, the Armenian Genocide is often the focus point of discussion. However, running concurrently with this was the genocide of both the Assyrians and the Greeks.

The Assyrian death count has been estimated to be around 300,000, with the killings largely happening around the Empire’s border with Persia. In the town of Midyat, where 25,000 Assyrians lost their lives, there was a small uprising, which was ultimately squashed by the Empire. For revolutionary acts such as this one, the Ottoman Empire’s murder of Assyrians has been classified by some Turkish historians as a response to rebellion, which can be classified as a massacre but not genocide.

The Greek death count has been estimated to be around 750,000. In 1923, a population exchange happened between Turkey and Greece, effectively ending the bloodshed, where two million people were forcibly removed from their homes. Approximately 1.2 million Christian Greeks were relocated from Trabzon, the Pontic Alps, the Caucasus, Asia Minor, and Eastern Thrace. In return, around 400,000 Muslims were kicked out of Greece and welcomed into Turkey. 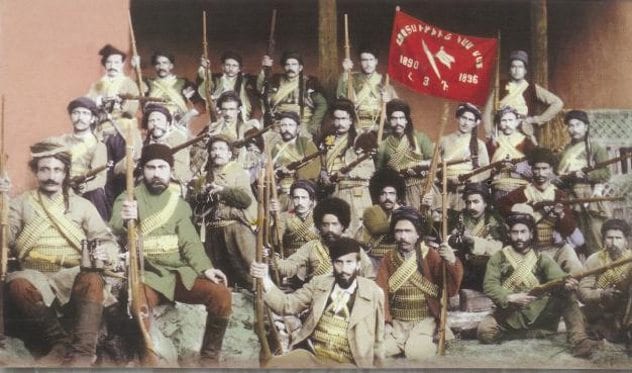 Known as Operation Nemesis, between 1920 and 1922, the Armenian Revolutionary Federation assassinated seven prominent Ottoman and Azerbaijani officials responsible for the genocide. Djemal Pasha and Talât Pasha—two-thirds of the group known as the Three Pashas, were killed by the ARF.

Both had fled the invading allies at the end of World War I and were largely blamed as the reason for the Ottoman Empire’s entry into the war. They had been sentenced, in their absence, to death through their home country’s legal system. Their state executions would never happen.

The Armenian Revolutionary Federation tracked down Djemal Pasha in Tiflis, Soviet Georgia, and shot him dead, along with two aides. Talât Pasha was shot dead by Soghomon Tehlirian in Berlin on March 15, 1921. The ARF had told Tehlirian not to flee, in order to increase the visibility of the Armenian people’s suffering with the ensuing trial. It was a successful tactic—the trial attracting much international press coverage.

Tehlirian was acquitted of murder. His defense successfully argued that although he had killed Talât Pasha, the ordeal of the Armenian Genocide had affected his mental state. Tehlirian stated to the judge, “I do not consider myself guilty because my conscience is clear . . . I have killed a man but I am not a murderer.” 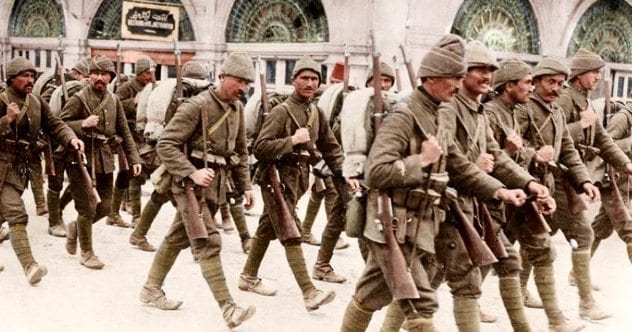 It was key to the Three Pashas that acts of genocide should be carried out hurriedly while the fog of war was still in play. By doing so, foreign hands would be tied up with other pressing issues and would have no time to sort out any humanitarian crises.

They were even known to brag of their actions. Talât Pasha is quoted as saying to a German embassy representative, who brought up the genocide, “Turkey is taking advantage of the war in order to thoroughly liquidate its internal foes, i.e. the indigenous Christians, without being thereby disturbed by foreign intervention.”

Although the majority of atrocities took place during the war years, an official end-date is a matter of semantic contention, with some arguing it to be as late as 1923—five years after the Three Pashas fled the country following their defeat in World War I.

The denial of the genocide has been so successful that many Ottoman politicians who helped with the liquidation process are remembered favorably in parts of Turkey. The Three Pashas themselves lend their names to boulevards, avenues, highways, and municipal districts. They also have schools named after them.

In 2003, Cemal Azmi, also known as the “Butcher of Trabzon” had a school named after him, too. It is documented that he was particularly cruel to children, who he would drown by the thousands. A method often employed was to send boats out into the Black Sea and capsize them.

Azmi is one of the seven notable leaders assassinated by the ARF as part of Operation Nemesis.

2Armenians Have Not Received Reparations 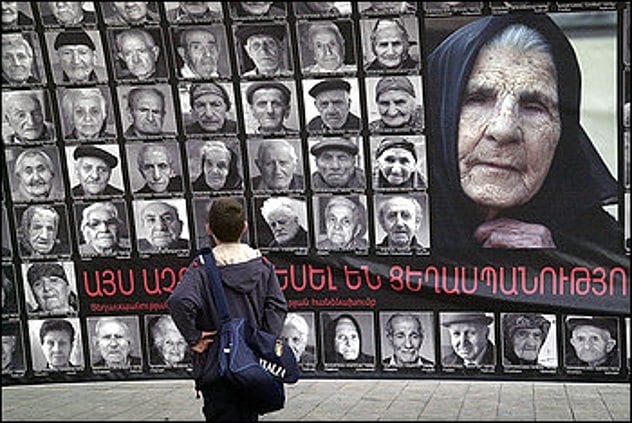 The Ottomans seized the money and possessions of the Armenians. However, to this day, nothing that belonged to an Armenian before the genocide has been returned to its rightful owner. The widespread destruction and emotional duress have never been compensated for in any form, either.

There is a precedent in place with Jewish survivors of the Holocaust, who have received, on occasion, forms of compensation for the genocide they suffered. Thus, another, often argued, potential reason for Turkey’s denial of the Armenian genocide emerges—if there was no genocide, then survivors do not have to be legally treated in the same way as survivors of other genocides.

1Turkey Still Deny That a Genocide Ever Happened 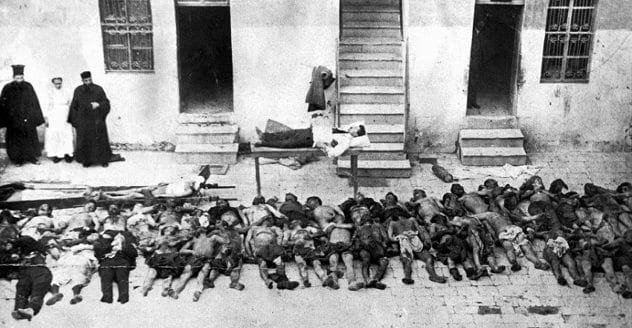 Turkey, the successor state of the Ottoman Empire, has always denied that what began in 1915 was a systematic genocide of Armenians. Azerbaijan is the only other country whose government actively deny it was genocide. Many countries refuse to make a conclusive statement one way or the other.

Turkish governments have been accused of actively attempting to suppress usage of the term “genocide,” advising prominent politicians, journalists, and scholars, from around the globe, to adopt a policy of reduction or silence.

This denial of the term “genocide” becomes painfully ironic when considering that the word was first used by Raphael Lemkin in his 1943 book, Axis Rule in Occupied Europe, to give a name to these specific atrocities and those of the Nazis. He defined genocide as, “A coordinated plan of different actions aiming at the destruction of essential foundations of the life of national groups, with the aim of annihilating the groups themselves.” So, with this in mind, these atrocities are pretty much the textbook definition of genocide.

David is a freelance writer and Creative Writing MA student. You can read more of his articles at CultureRoast // Follow him // Like him.