Wacky as it may seem to some, there could be other forms of life out there. All around the world, people from various nations believe in aliens, and there are frequent sightings to further convince us that aliens could exist. Here, we have narrowed down a list of 10 out-of-this-world festivals that take place internationally each year for Martian maniacs. 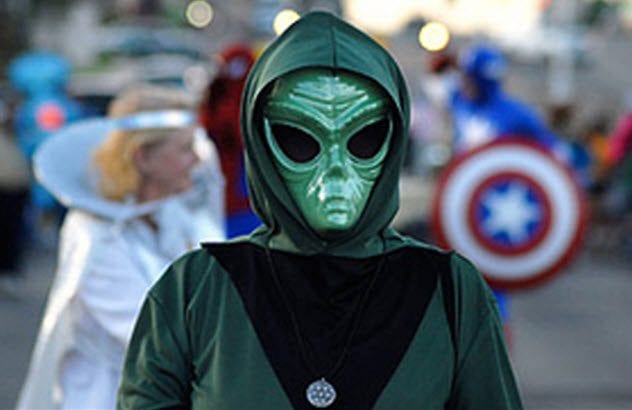 Roswell, New Mexico, boasts of being the “UFO capital of the world” and for good reason. An unusual 1947 crash caused a local rancher, Mac Brazel, to find pieces of debris on his property. Unable to identify the materials, Brazel contacted the local sheriff. Soon, soldiers from the nearby air force base came to quickly collect the materials.

The air force claimed that the debris came from testing dummies to determine what happens to pilots when they fall from planes. Later, the US government explained that the crash was part of a highly classified atomic espionage project.

So, what really happened?

Some continued to be suspicious, and there are many skeptics who believe to this day that a flying saucer caused the crash. Held from late June to early July and spanning four days, the annual Roswell, New Mexico, UFO Festival attracts thousands of people each year.

A long list of activities in the Roswell festival includes a planetarium, an “Alien Chase” 5-kilometer (3 mi) or 10-kilometer (6 mi) walk/run, a costume contest, a light parade, and a window-decorating contest. A passport is even offered, which allows guests to receive stamps throughout the festival to collect a bag of goodies and collectibles. 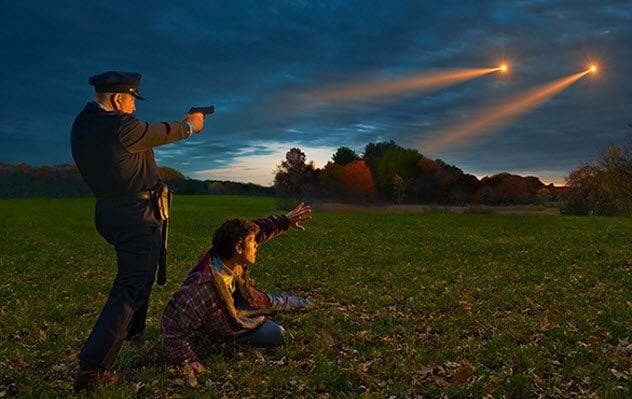 Home to a particularly unusual alien abduction in 1961 and a UFO sighting in 1965, Exeter, New Hampshire, has hosted this festival for the past five years. One night in 1961, Betty and Barney Hill were driving through New Hampshire’s White Mountains when they saw a spacecraft and were convinced that they were abducted for a brief period of time.

Initially, they claimed they had amnesia about the entire event. However, both received hypnotherapy which revealed the couple suddenly had eerily similar stories about their abduction.

In 1965, several locals of Exeter (including police officers) witnessed unusual lights and flying objects on the same night. Thus, the small New England town received a reputation for being a UFO hot spot.

Many experts in the field flock to Exeter each year for the event. Even better, 100 percent of the profits from the Exeter UFO Festival go to local children’s charities. In 2017, it will take place on Saturday, September 2, and Sunday, September 3.

Speakers, food, music, and souvenirs are available for extraterrestrial believers of all ages. A free trolley ride is available to escort patrons to the spot of the 1965 incident, if you’re extraterrestrially curious. 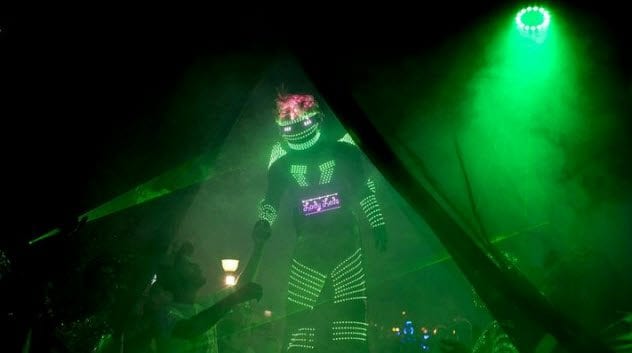 Capilla del Monte—a town 800 kilometers (500 mi) northwest of Argentina’s capital city, Buenos Aires—attracts several thousand visitors from around the globe for an experience that is out of this world. The residents of Capilla del Monte started becoming believers in other forms of life when a circle of burned grass was discovered next to a local hill in 1986.

Many have also reported UFO sightings, and it has become a typical occurrence in the area. Visitors to the festival will climb the 2,000-meter (6,500 ft) hill, known as Uritorco Hill, to investigate the energy fields and a supposed portal to another world. (The view isn’t so bad, either.)

Though most of the locals are said to have experienced UFO activity and are serious about the phenomena they’ve encountered, the Argentine festival celebrates anything otherworldly, such as Star Wars, E.T., and your stereotypical little green aliens. 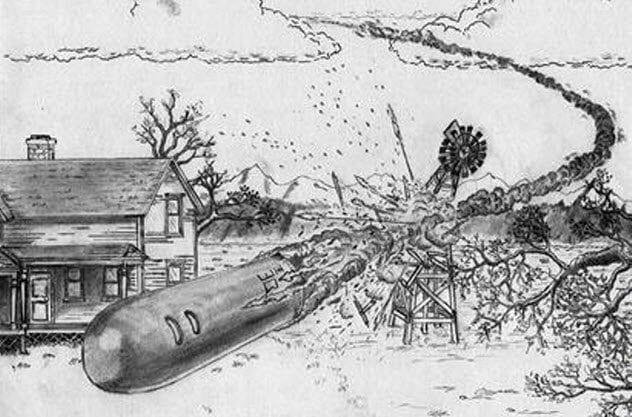 In 2017, Aurora, Texas, will celebrate the 120th anniversary of its famous alien encounter. On April 17, 1897, Aurora citizens saw an “airship” that crashed into a windmill owned by the town’s judge and the remains of an alien creature were found.

Aurora’s townsfolk described the fallen object, which was almost entirely ruined in the crash, as cigar-shaped and metallic silver in color. The alien was declared dead upon impact and named Ned. He was given a Christian burial in the Aurora Cemetery, but it is forbidden that his remains be dug up for examination.

According to the legend, papers were found on him that were written in some sort of unknown hieroglyphics, but those seemed to have disappeared, too. At the Alien Encounter Festival, you can catch a documentary or check out one of the many vendors. If you’re looking for adventure during the festival, then the shuttle tours of the crash site and Ned’s burial site should also keep you entertained. 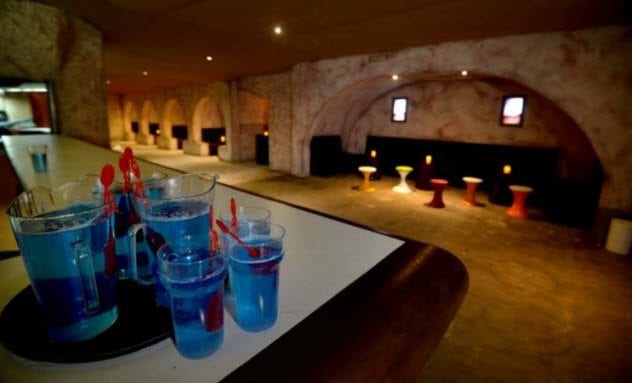 The Awakening Expo offers a different experience than other festivals. It aims to not only celebrate the idea of aliens existing but also to open one’s mind spiritually. For those who wish to examine their unconscious, holistic treatments, Reiki, healing crystals, and more are offered.

Other guest speakers will discuss life after death, crop circles, Stonehenge, and more. A life-size replica of a UFO is even on exhibit. Event organizers seek guests to consider what our purpose in life is, if there are UFO cover-ups, and if we can receive messages from the afterlife, among other things. You can catch the next Awakening Expo in 2018. 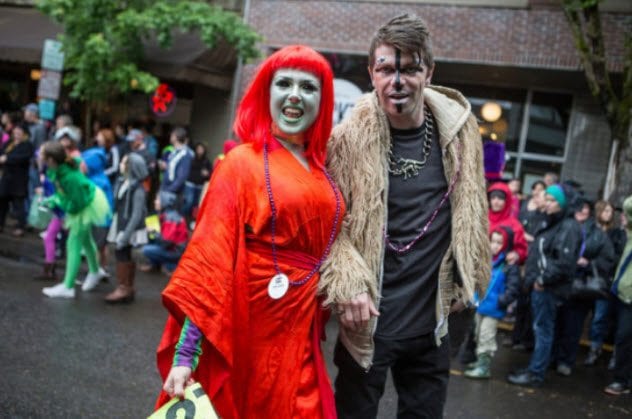 The McMenamins UFO Festival will be held in 2017 on May 18–21 and has been an annual event for 18 years. A 1950 UFO sighting by a McMinnville couple, who were able to take snapshots of a flying saucer over their farm, inspired the event.

The photos taken by the husband and wife are considered to be the first photos of an unidentified flying object as well as the most credible. Moreover, the festival focuses on mass abductions, government cover-ups, and modern sightings. Experts on alien abductions, UFOs, nukes phenomena, and even air force officers who have had UFO experiences will be present.

Live music, a “landing party,” an alien costume parade, a pet costume contest, a gift shop, and a 5-kilometer (3 mi) run are all part of this cosmic celebration. Attendees can win prizes for best costume at the Alien Costume Ball, all while having a pint of the specially handcrafted McMenamins’ Alienator Ale. 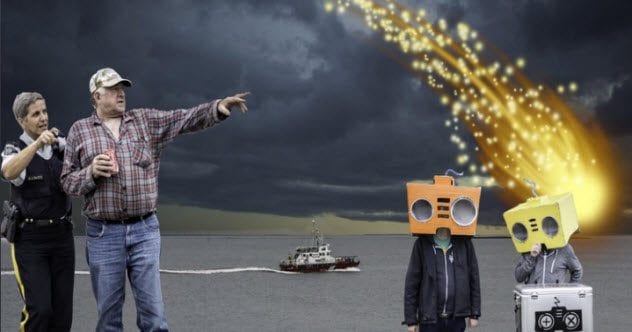 Complete with its own museum featuring hands-on artifacts, the Shag Harbour UFO Festival in southwest Nova Scotia is about to celebrate 50 years since its “UFO Incident.” Shag Harbour has been nicknamed the “Roswell of Canada” because both locations are famous for UFO crashes.

Despite already having years of oceanic folklore in the small fishing village, numerous witnesses saw bright lights and an object violently crash into the Atlantic one October evening in 1967. After the crash, the vessel floated on the water and emitted a dim, yellow light.

Initially, the town’s bystanders thought they were seeing a plane crash. The Canadian government tried to follow the craft but became distracted by a Russian submarine stationed in the area. Somehow, the original craft met up with another and was able to lose the Canadian submarines (or so the story goes).

From September 29 to October 1 in 2017, bus tours will take festival goers to the original impact site to showcase realistic reenactments, live music, a dance, and a costume contest. Guest speakers and witnesses of the impact will share their knowledge at the event as well.

3 ‘Out Of This World’ UFO Festival & Conference
Edinburg, Texas 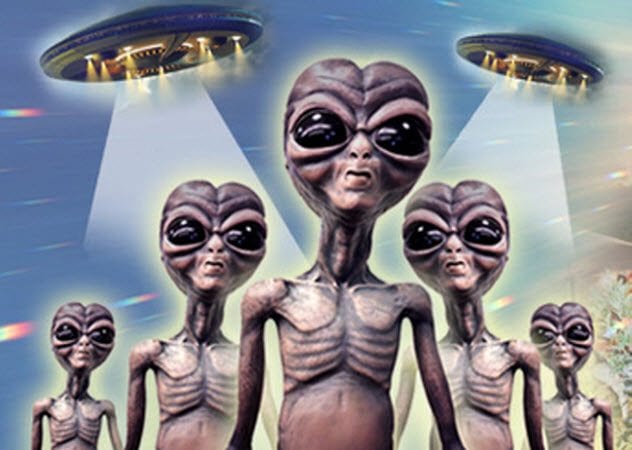 In 1966, eight construction workers were digging a gravel pit in Edinburg, Texas. Suddenly, bright lights appeared in the sky, along with a loud humming sound. Next, strong winds and fire burst from above and caused the men to flee for their lives.

The fire destroyed their sleeping quarters, trucks, and equipment. All the men refused to return. Local residents also reported seeing hovering lights from a distance.

Today, the Edinburg UFO Festival & Conference hosts top-notch experts such as alien researchers, authors, FBI agents, and Derrel Sims, who is known as “The Alien Hunter” on the Discovery Channel’s Uncovering Aliens. In addition to the food, live music, and costume contests, visitors can take a guided walking tour of the 1966 incident, see the laser light show, and view alien-inspired art. 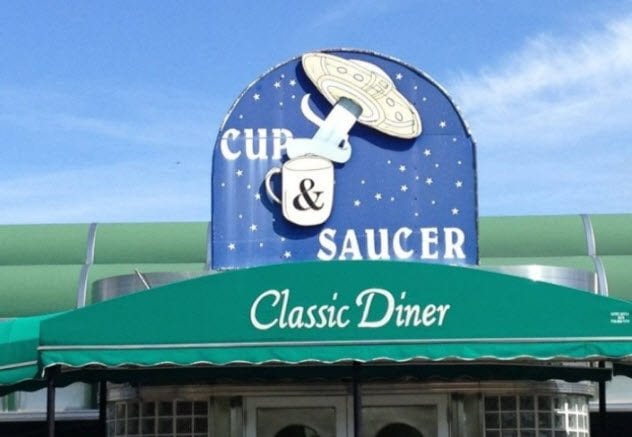 The Pine Bush UFO Fair, which makes Martian-hunting a good time, is an event that brings the community together. Starting in the 1960s, countless Pine Bush residents have seen unusual lights in the sky and mysterious aircraft flying by.

Over time, the small town became proud of its unusual history of unexplained occurrences. Author Ellen Crystall researched Pine Bush for 10 years, resulting in her book Silent Invasions in the 1990s.

Full of family fun, the fair helps ufologists and believers share stories of their experiences. In the true style of a fair, tons of food, live music, and a parade are featured.

An “Eye Spy Alien” game encourages people to seek out the aliens hiding on the fairground. Guests can participate in the Miss Galaxy contest or visit the Paranormal Center, where paranormal groups discuss stories and evidence of outer space encounters on Earth. 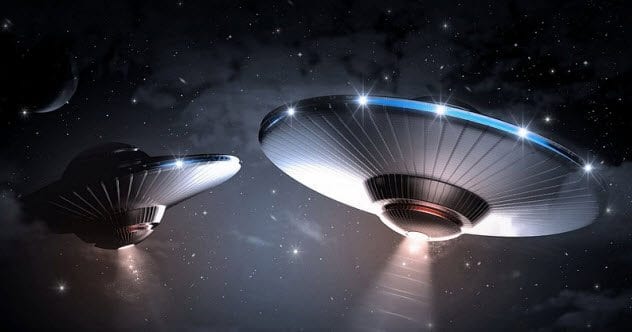 Known as Australia’s only UFO festival, the Cardwell UFO Festival highlights potential alien sightings from the entire continent. Cardwell has been established for more than 150 years, but the gathering is now going into its fourth year.

Surrounding towns are also known as hubs for suspicious celestial activity. In 2016 alone, more than 2,000 outer space fanatics attended the festival. Join experts for the C-Files forum and discussion, get pumped for the UFO Triathlon, buy goods at the Monster Market merchandise stalls, or show off your artistic skills in the alien-inspired community chalk art area.

Kids can enjoy their own activity tent, face painting, costume-making workshops, and a treasure hunt around the festival grounds called the “Space Race.” The Mos Eisley Cantina (ahem, Star Wars fans) is a treat, too.

Given that the 2017 festival is on June 3, spectators will have a great shot at seeing Mars, Jupiter, and Saturn at the night sky viewing. Who knows, maybe you’ll see a flying saucer, too.