However, there are some agencies and departments that have some truly bizarre roles. They may try to control their citizens, their environments, or even the planet. Sometimes, they’re just trying to save us from ourselves . . . or aliens.

10 Shanghai Commission For The Management Of Language Use 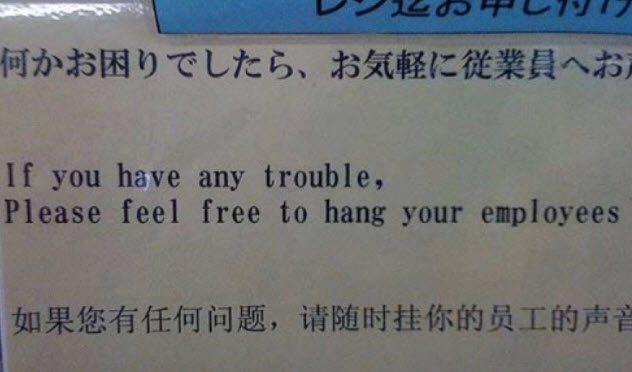 Translating Chinese to English could be a nightmare for Chinese citizens. Some Chinese with a fair knowledge of English bypass the translation problem by translating word for word, which is the origin of the grammatically incorrect yet popular phrase “long time no see.”

Others who have little or no knowledge of English opt for Chinese-to-English translation software packages, which do not always give impressive results. This is why Chinese banks have “cash recycling machines,” while a proctology hospital is called an “anus hospital.” Restaurants also serve “fried enema” (instead of fried sausage) and the very racist “Jew’s ear juice,” while fashion stores stock clothes in “fatso” sizes.[1]

This inaccurate and hilarious version of English has been christened Chinglish, a pun on Chinese and English. Chinglish might be hilarious to foreigners and Chinese citizens with a perfect grasp of English but not to the governments of Beijing and Shanghai.

The government of Shanghai even formed the Shanghai Commission for the Management of Language Use to eradicate Chinglish and properly translate all signs and restaurant menus prior to the 2010 Shanghai Expo. So English-speaking foreigners never got to use restrooms with “urine district” signs on their doors. 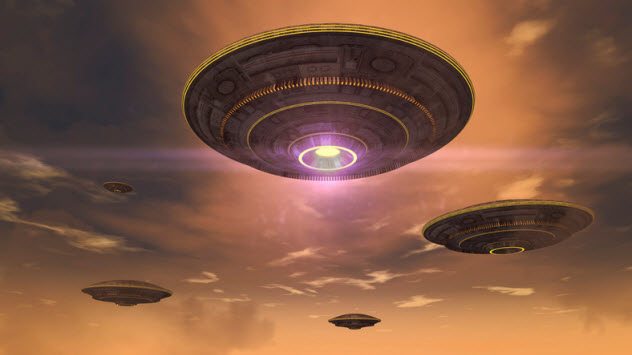 It was established in 1977 as a unit of the Center National d’Etudes Spatiales (CNES), the French equivalent of NASA. In 2007, GEIPAN released thousands of files involving its investigations into over 1,650 UFO claims.

While the agency held on to some “top secret” documents, the files it released were equivalent to 100,000 A4 pages. For better reference, the released files would be three stories tall if stacked up, one on top of the other.

According to GEIPAN, several UFO claims were not even flying objects to start with. Sometimes, they were just clouds or the rising Moon and were misinterpreted as UFOs. However, the agency did investigate some valid and inexplicable UFO claims.[2] 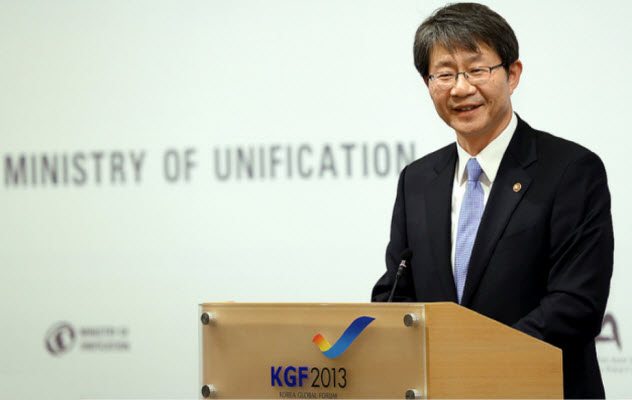 To this end, the government of South Korea set up the Ministry of Unification, which is tasked with improving relations with North Korea, educating South Koreans about the benefits of reunification, and making policies that would lead to reunification.

The ministry also has some controversial responsibilities like protecting North Korean defectors and exposing human rights violations in North Korea. The North Korean equivalent is the Committee for the Peaceful Reunification of the Fatherland.[3] 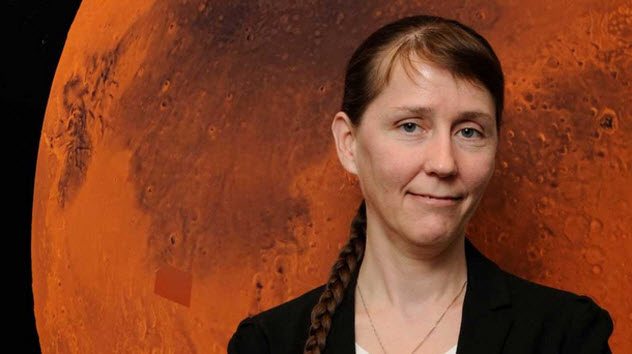 NASA has been employing a planetary protection officer since the Outer Space Treaty was signed in 1967. The officer earns up to $187,000 annually.[4]

6 Board Of Tea Experts 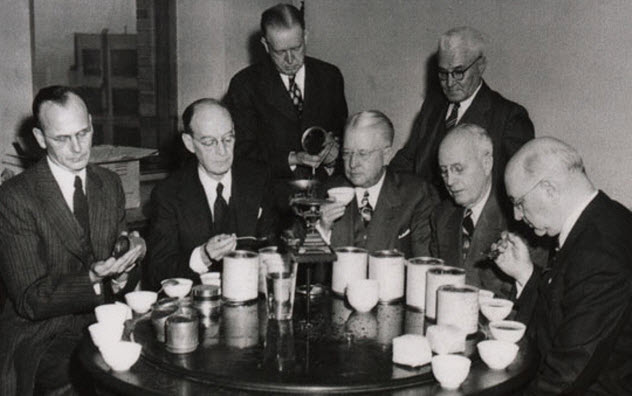 The Tea Importation Act of 1897 demanded that all tea imported into the United States was tasted to ensure that it met a high standard in taste and smell. So the US government established the Board of Tea Experts.

This group of seven men met for two days each year to drink different brands of tea and set the requirements for what tea could be shipped into the United States for that year. Thereafter, they forwarded their suggestions to the FDA, which sampled all lots of imported tea to ensure that they met the set standard.

Teas that fell short of the requirement were rejected, although the importer could forward his case to a three-man Board of Tea Appeals for reconsideration. The Tea Importation Act was repealed in 1996 after the government decided that tea was not important enough to be held to a higher standard than other foods.

This does not mean that the government approves the importation of low-quality tea into the US. The FDA still checks for low-quality tea, but the agency no longer compares tea to the standard set by the now-defunct Board of Tea Experts.[5] 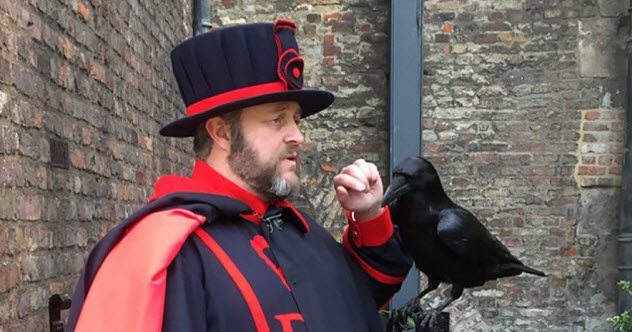 These days, Yeoman Warders are ex-military officers who serve as tour guides. One is appointed the Ravenmaster and is responsible for caring for the ravens at the towers. The presence of the ravens is backed by a decree passed by King Charles II. He ordered that six ravens must remain at the tower at all times.

The story goes that a raven pooped on King Charles II’s astronomer while he and the king were using a telescope. This infuriated the king, who ordered that the ravens be killed. However, he changed his mind and moved the observatory to Greenwich after he was told that the nation and Crown would fall if the ravens left the tower.

However, it is speculated that King Charles II never made the decree and that the legend may have started during World War II when London came under constant Nazi air strikes. However it came about, there are ravens at the Tower of London and they have their own caretakers.[6] 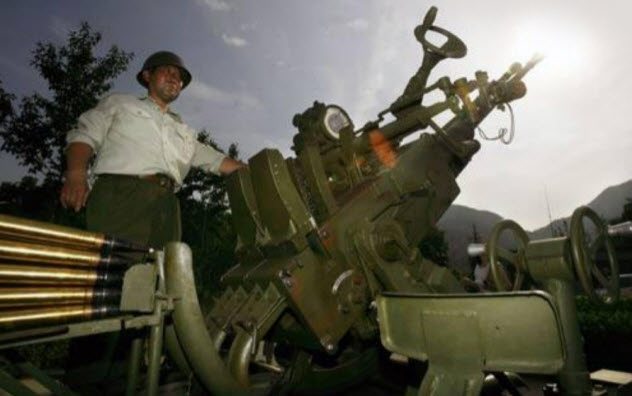 The Beijing Weather Modification Office is a Chinese government agency dedicated to weather control. Specifically, the agency controls rain, deciding when and where it should fall.

It achieves this by firing crystals into the clouds to artificially induce rainfall. Most of the time, the agency supposedly induces rainfall the day before a major event or right over a drought-prone region.[7]

The agency was very active during the 2008 Beijing Olympics. Its over 32,000 full-time and part-time staff members fired rocket launchers and cloud-seeding rounds from antiaircraft guns into clouds that floated close to the Olympic venues.

The agency made the news again after Beijing experienced a rare and heavy snowfall in 2009. They claimed that they induced snowfall by firing silver iodide into the clouds. 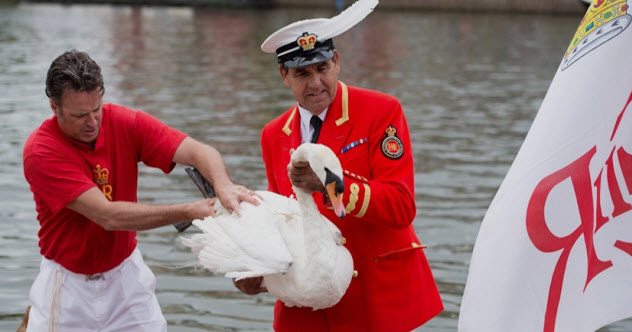 In the 12th century, the British Crown passed a law that reserved all mute swans around the Thames River for exclusive consumption by the Crown. The law is still enforced today even though the Crown is more concerned with conserving the swans than eating them.

Every year, along with the Vintners’ and Dyers’ Livery Companies, which were granted ownership rights in the 15th century, the Crown organizes a Swan Upping event. Swans around the Thames River are counted, tagged, and checked for diseases.

The current Swan Marker is David Barber, while the Swan Warden is Chris Perrins, a professor at Oxford University. Queen Elizabeth II has the official title of “Seigneur of the Swans” to indicate her ownership of the Thames River swans.

2 Committee For The Promotion Of Virtue And Prevention Of Vice 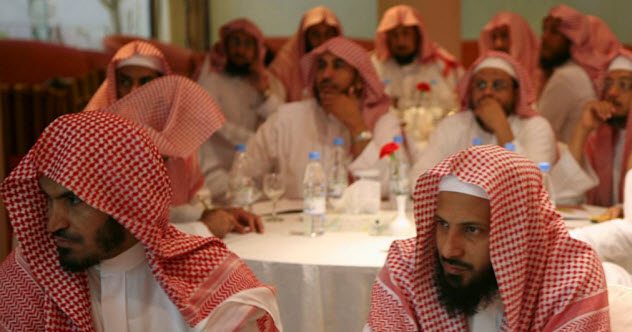 The Committee for the Promotion of Virtue and Prevention of Vice is the Saudi Arabian government agency responsible for ensuring that no one sells or takes drugs or alcohol, women are properly dressed, men go to mosques, unmarried members of the opposite sex are segregated, and no one parades cats and dogs in public.

It also has the added role of ensuring that no one practices witchcraft. To this end, the agency has an anti-witchcraft unit dedicated to arresting witches, magicians, fortune-tellers, and sorcerers. At the time of formation, the unit had 30 officers who were trained in special tactics like witch detection and the destruction of witchcraft tools and equipment.

The agency is known for its heavy-handedness and has sometimes found itself criticized by the populace. In one infamous incident, its members stopped the rescue of female students during a school fire because they feared that the girls’ bodies might not be properly covered. Fourteen girls died in the fire.[9]

In 2016, the Saudi government stripped the agency of some of its powers, including the power to arrest, detain, or question anyone. However, the agency is still responsible for ensuring that men and women are segregated and that alcohol is not sold. 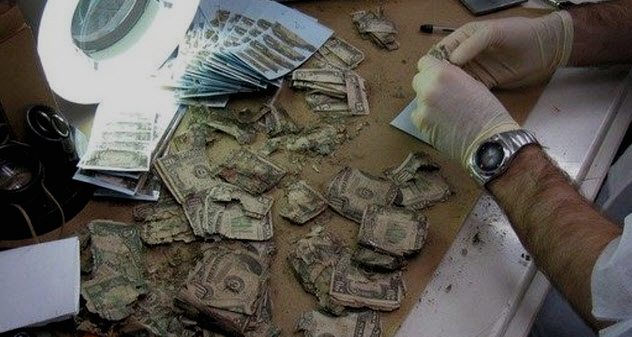 The Mutilated Currency Division is the US government agency responsible for replacing badly damaged US dollars for free. The division is under the United States Bureau of Engraving and Printing and was created in 1866.

It handles about 30,000 issues yearly and reimburses over $30 million within the same period. There is a caveat, though. At least half of the note to be replaced should be undamaged. However, the division will reimburse people who send in less than half if the Treasury is convinced that the remaining part has been completely destroyed.

The Mutilated Currency Division has seen some seriously damaged money, including burned, moldy, soiled, and even partly digested bills. As the story goes, a 1970s farmer thought his cow had swallowed his missing wallet. So he slaughtered the cow and mailed the stomach to the agency.

The stomach was already rotting by the time it arrived. Yet workers probed the stomach, found the money, and reimbursed the farmer to the tune of $600.

The Mutilated Currency Division only deals with paper money. Damaged coins must be sent to the US Mint.[10]