The National Aeronautics and Space Administration (NASA) was established on October 1, 1958. It was a direct result of the “space race,” a period of the 20th century during which the United States and the Soviet Union essentially competed against each other for the most advanced technology and impactful space exploration. The US “won” when NASA’s Apollo mission successfully landed a man on the Moon in 1969.

Since then, NASA has conducted just under 200 missions, both manned and unmanned. In 2010, however, the administration took a blow when the shuttle program was retired and the replacement Constellation program, which would have sent astronauts back to the Moon, was cut by the Obama administration.

Despite this setback, NASA did not stop exploring the universe, as shown by missions involving the International Space Station and the ever-fascinating Hubble telescope. It doesn’t stop there, though. This is a list of NASA’s 10 most fascinating missions that’ll be taking to the sky. 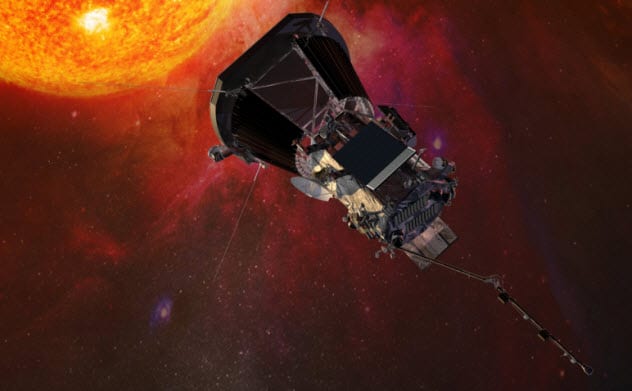 In May 2017, NASA announced its latest mission. This mission will do the unthinkable: fly into the Sun.

The probe is set to launch in 2018 and get within 6.4 million kilometers (4 million mi) of the Sun, which is very close on an astronomical scale. The purpose of the mission is to collect crucial data about the Sun’s structure and heating mechanism, which has puzzled scientists for decades.

Take the Earth, for example. The higher one gets in the atmosphere, the cooler the temperatures get. The fact that the Sun does the opposite is strange indeed, and scientists want answers—hence the creation of the Parker Solar Probe.

This mission is fascinating for several reasons. One, it will bring scientists the answers they want. Two, it will get unimaginably close to the Sun, withstanding thousands of degrees of heat. Third, it will be the fastest man-made object ever, flying at a whopping speed of 692,000 kilometers per hour (430,000 mph).[1] 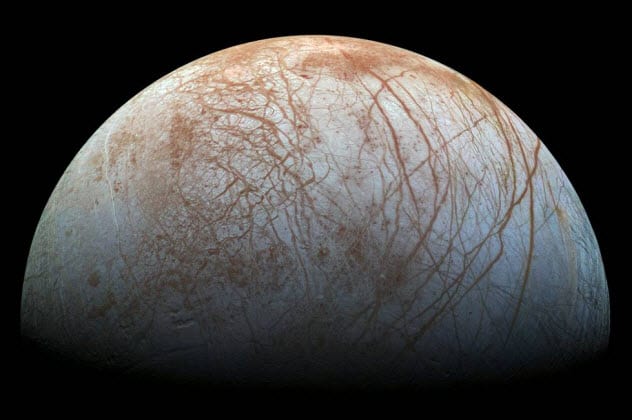 The purpose of the Europa Clipper mission is to help provide answers to one of the biggest questions of all time: Does life exist elsewhere in the universe? Sometime in the 2020s, this spacecraft will go on the hunt for extraterrestrial life on Europa, one of Jupiter’s moons.

It was recently discovered that Europa has an ocean beneath its crust, and scientists want to know if that ocean is capable of harboring life. They will be looking for the key ingredients: liquid water, the right chemical surroundings, and an energy source.

To get this information, the Clipper will fly by Europa and collect as much data as possible. It will repeat this process 40–45 times before making the years-long journey back to Earth.[2] 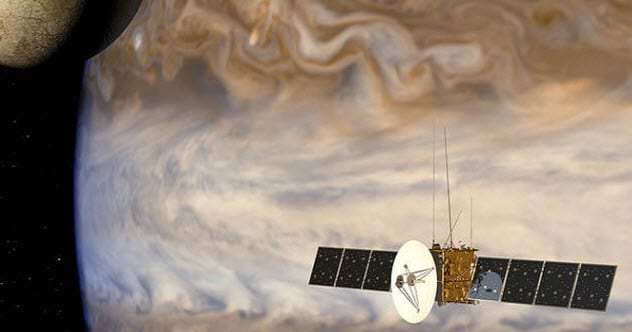 The JUpiter ICy Moons Explorer, known as JUICE, is a mission headed by the European Space Agency (ESA). The ESA is partnering with NASA, which will help provide instrumentation, among other assets, for this mission.

The mission is scheduled to launch in 2022. It will explore Europa, Callisto, and Ganymede, which are three of the four Galilean moons of Jupiter. The purpose of JUICE is to develop a better understanding of the composition, environment, and evolution of the moons, including whether or not they are habitable. In a sense, it is very similar to the Europa Clipper, but it will be broader in the data it collects.

Like the Clipper, though, it will be a long mission. JUICE won’t launch until 2022, and it will take another 7.5 years to reach Jupiter.[3] Then there is the mission itself and the nearly eight-year journey back to Earth. Of course, to an astronomer who is used to dealing with these great distances, that’s nothing! 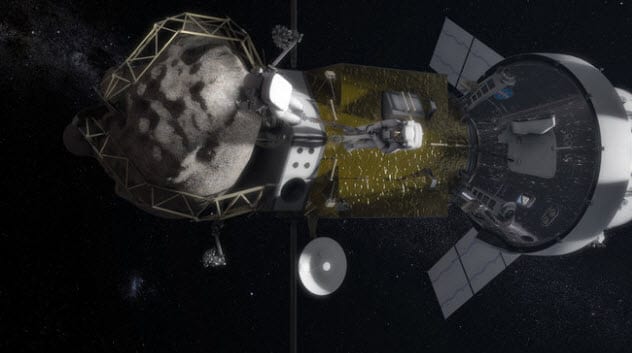 As the name suggests, the function of the Asteroid Redirect Mission (ARM) is to learn about asteroids to help protect Earth from experiencing what the dinosaurs went through.

Set for the 2020s, this mission will be launched toward a large nearby asteroid. Upon arrival, a large robotic arm will take a boulder off the asteroid. From there, the spacecraft will place the boulder in orbit around the Moon so that astronauts in the Orion spacecraft can explore it at greater lengths. This mission will provide critical data on asteroids, which astronomers will use to learn how to better identify and battle any threatening asteroids that come our way.

Just as importantly, the ARM will play a big part in getting humans on Mars by the 2030s. The technology used in this mission could be just what we need to make the journey. So while astronauts and scientists are studying asteroids, they will also be testing the instruments and equipment to see how it could help get humans and cargo to the Red Planet.[4]

As exciting as this sounds, it will be put on hold. President Trump’s recently released 2018 budget cuts the ARM. But, to be fair, it does support the Orion spacecraft. 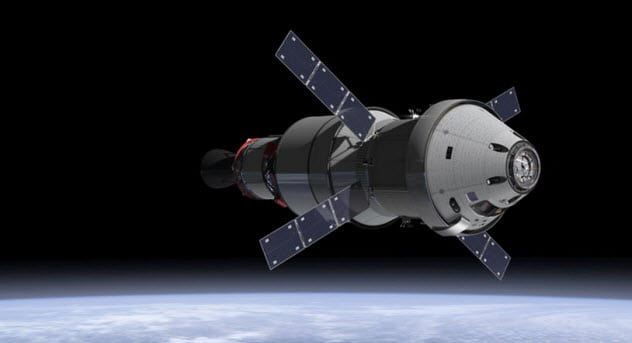 The Orion spacecraft is NASA’s next big mission to put humans back into space and take us farther than ever before, hopefully to Mars. Orion is designed to withstand great temperatures, speeds, radiation, and other extreme environments. A normal shuttle would not be able to handle what Orion will be able to handle, which is a remarkable feat in aeronautics.

Orion will be launched on a huge rocket called Space Launch System (SLS). This rocket can carry Orion beyond the Moon! SLS is still being built, but Orion has already gone for a test run. The first was back in 2014.

The next big step for Orion is to go to a nearby asteroid to help with the asteroid mission in the 2020s. The ultimate goal for Orion, though, is to reach Mars in the 2030s.[5] 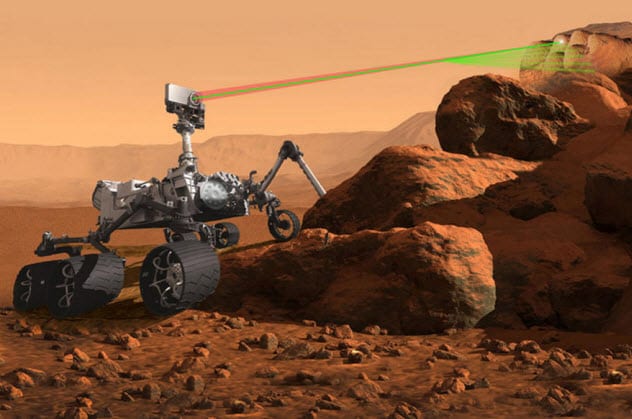 Sticking with the Mars theme, the Mars Rover, set to launch in 2020, is a major step in the exploration of Mars. It’s a vehicle about the size of a car that will crawl along the surface of Mars and collect data.

NASA likes to compare the robot to a living being: It has a body, brain, arms, hands, legs, eyes, and ears. In other words, the rover can do many things. It is battery powered and insulated as well as equipped with an internal heater to fight against Mars’ temperatures. These features all contribute to its sustainability.

The “brain” NASA refers to is the computer system that will help process the information the rover collects, which will come through different channels. The rover has an arm and a hand that will reach around the surface and collect samples, like rocks, to bring back to Earth to be studied.

It also has “senses.”[6] The rover’s cameras, antennae, and other technologies allow it to be aware of its environment so that it can properly maneuver and document its environment. It will also be able to communicate with control on Earth through its antennae.

Overall, the Mars Rover of 2020 will make great gains in the mission to Mars. 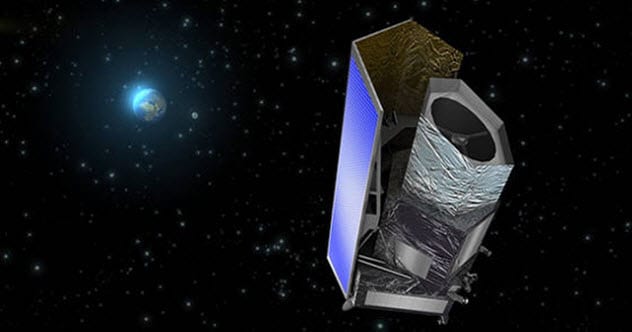 Euclid is another ESA mission that NASA joined in 2013. The mission is supposed to collect data on dark energy and dark matter. Dark energy is an unknown force that defies gravity and fuels the expansion of the universe. It makes up about 68 percent of the universe, but scientists don’t really know much about it.

Dark matter is completely unrelated to dark energy, despite their similar names. Dark matter makes up about 27 percent of the universe. However, it isn’t matter in the way we know it. For instance, we are made of matter: protons, neutrons, and electrons. Dark matter is not. That is about all scientists know about it.

The Euclid telescope will be launched into space in 2020 and will end up collecting cosmological information from two billion galaxies to try to get a better grasp on the makeup and evolution of our universe.[7] 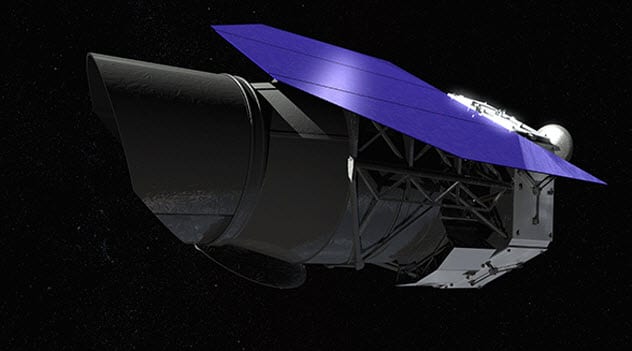 The Wide Field Infrared Survey Telescope (WFIRST) kills two birds with one stone. Its mission is to collect data on both exoplanets and dark energy.

When it comes to exoplanets (planets outside our solar system), WFIRST has a couple of jobs. One is simply to keep on counting them. The original exoplanet mission—Kepler—began recording the number of exoplanets, and WFIRST will continue to keep track.

WFIRST’s next job is to work on new technology for characterizing exoplanets and detecting them through direct imaging, which is one of the most difficult ways to do so. This method basically takes an image of the exoplanet and sees it directly. Although it sounds easy, the parent star often outshines the exoplanet and makes it impossible to see. WFIRST is looking to change that.[8]

For dark energy, WFIRST is just trying to figure out what it is. The telescope is also looking at the accelerated expansion of the universe, which is somehow related to dark energy. With WFIRST and Euclid, scientists might get some answers. NASA plans to launch the telescope in the early 2020s, and it will be in flight for six years. 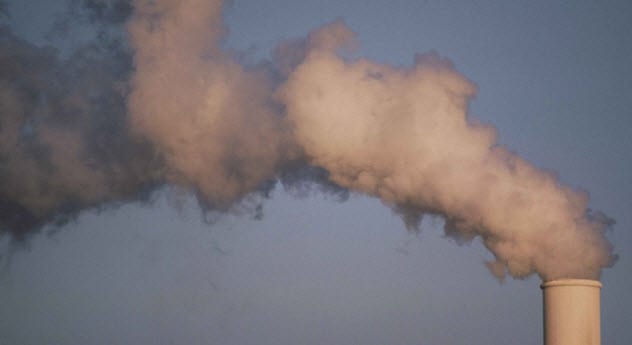 NASA’s Multi-Angle Imager for Aerosols (MAIA) mission really hits home. One of its jobs is to track cyclones here on Earth. Its more important job, however, is to study air pollution.

As it orbits just above the Earth, it will observe “pieces” of polluted air from different locations and will measure various characteristics of the matter within that air. Scientists will take that information and analyze it against human health information, like cardiovascular health, to find any causations or correlations.[9] 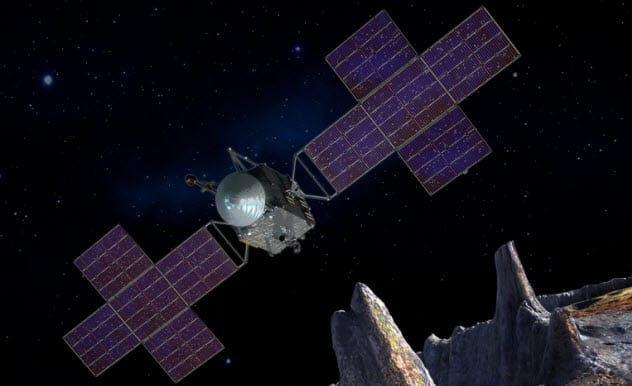 In 2022, the Psyche spacecraft will be launched toward an asteroid, also named Psyche, which orbits between Mars and Jupiter. Instead of being just a chunk of rock, this unique asteroid is composed of mostly nickel and iron. Scientists believe that it is a leftover metal core of a planet from the early days of the solar system’s formation.[10]

The information collected from this asteroid could provide a great deal of insight into the structure of the cores of the terrestrial planets, like Earth. It could also shed light on how the solar system formed, specifically the collisions and chaos that took place.

Read more about NASA and its secrets at Top 10 Facts About The Apollo Mission That NASA Wanted To Keep Secret and 10 Dirty Little Secrets From NASA.