Throughout human history, there have been numerous plagues that managed to kill an innumerable number of people within a short span of time. The Justinian Plague was one of the deadliest plagues in known history, with millions of fatalities. It was right up there with The Black Death, an infamous plague that killed half of the population in Europe in the mid-1300s.[1] 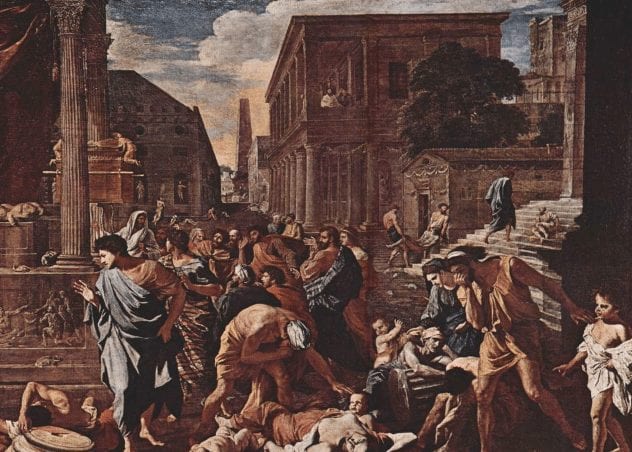 The Justinian Plague, which began in AD 541, is considered the first pandemic in recorded history because it swept across three continents. The plague may have started in Egypt and was carried to other continents by merchant ships infested with disease-carrying rodents. When the plague reached Constantinople, it killed roughly 300,000 people there in the first year. 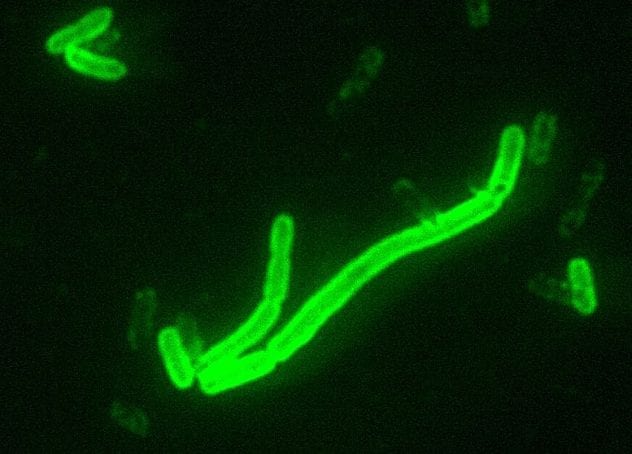 The same microbe caused both the Justinian Plague and the Black Death, Yersinia pestis. Although the strains of each plague differed, both had deadly consequences. The Black Death, which occurred between 1347 and 1351, killed 50 to 200 million Europeans. The earlier Justinian Plague killed up to 100 million people across Europe, Asia, Arabia, and North Africa in 50 years.

Although roughly 800 years apart, both plagues are known to have been spread by rodents and their fleas, which transferred the deadly bacteria to humans. Strains of the original microbes are still carried by rodents today.[3]

8 It Has Been Recovered 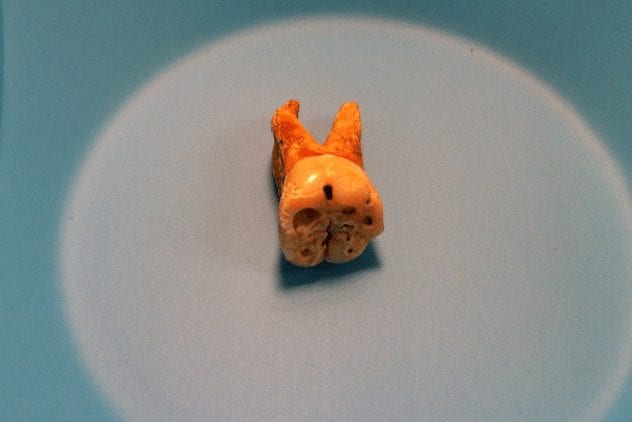 Two sets of remains, one female and the other male, were exhumed in the 1960s outside of Munich, Germany. It was believed that they might have been victims of the Justinian Plague. This was confirmed in 2016 when scientists took samples from both remains and found Yersinia pestis inside the female skeleton’s molar. The bacterium was naturally degraded, but scientists were still able to reconstruct the Justinian Plague, and they found similarities with the Black Death.[4]

7 Caused by a Demon 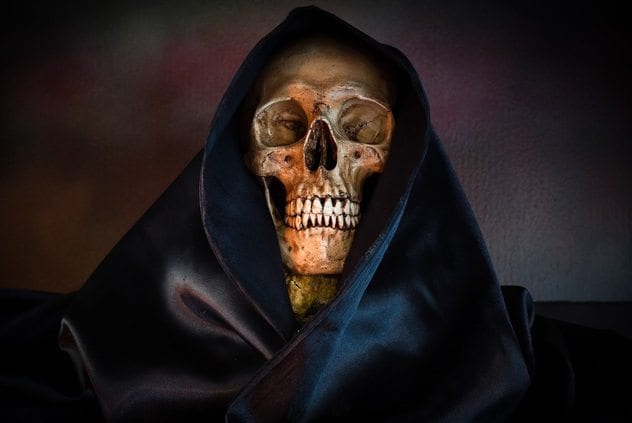 Since medical science, as we know it, did not exist during the Justinian Plague, people had to come up with their own reasons for its occurrence. Greek historian Procopius wrote that many people believed a malevolent spirit or demon caused the disease. The demon was said to either appear to people in a dream or show itself just as they were waking up. Those who saw it would come down with the plague.

To prevent the demon from entering a home, people started barring their doors, and they stopped allowing visitors into their homes. No one was allowed in, not even other family members. It was the only method they knew of to prevent the sickness from coming in and infecting them.[5] 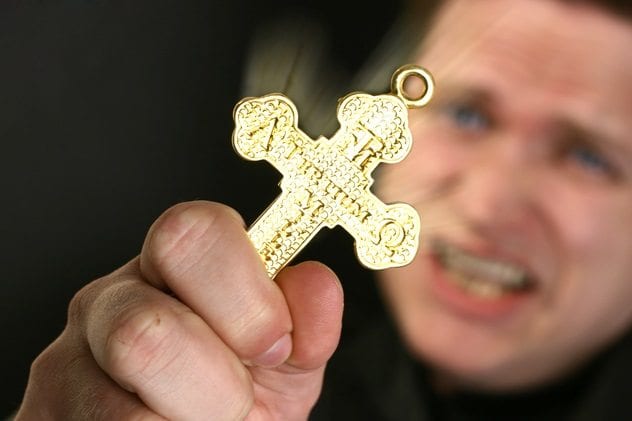 With so many people having visions before coming down with the plague, Christian followers began to believe that God was punishing them by allowing demons to infect them with a horrible death. In response, priests began performing exorcisms on the infected. Unfortunately, the exorcisms worked just as well as the medicine at the time. They did nothing to stop the plague from killing its victims.[6]

There was also a group of people who believed that the tonsured monks were demons and the cause of the plague. They fled from the monks whenever they were spotted in the community. 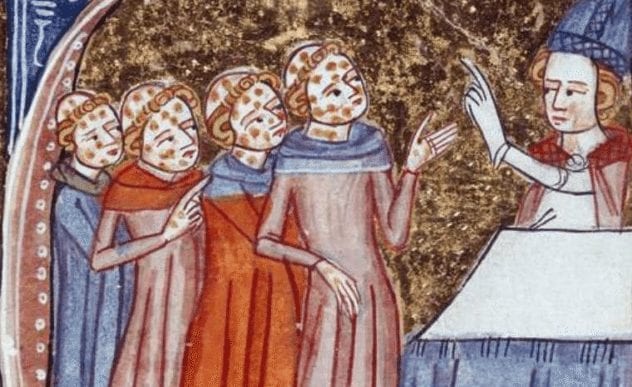 The Justinian Plague would start with just a mild fever. It seemed like nothing to really worry about until a few days later, when swellings would start to form. The black boils, filled with pus, were a sure sign that someone had the plague. At this point, the victims would sometimes fall into a deep coma and pass away. Less fortunate victims would become delirious and paranoid. They were often suicidal and extremely difficult to care for.

All of this happened within just a few days. It was a fast-acting plague that started off as a mild infection and left behind far too many corpses for the living to properly bury.[7]

4 Disposing of the Bodies 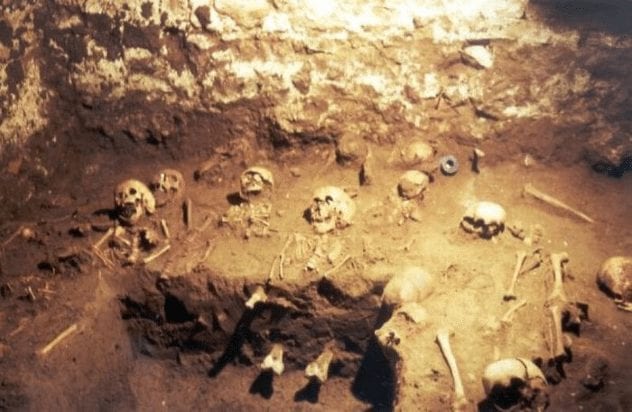 In Constantinople, over 5,000 people were dying from the plague each day during the height of the pandemic. It became more and more difficult for families to bury the dead. Justinian eventually had to appoint court officials to dispose of the dead. Still, there were just too many plague victims to care for, and they were left to rot in the streets.

Tombs filled up quickly, and the officials had to get creative. Trenches were dug, and bodies were buried in mass graves.[8] Some of the bodies were loaded onto death boats. They were taken out to sea and dumped overboard, only to wash up on shore again. Other bodies were dumped into fortified towers, which were then closed up at the top. 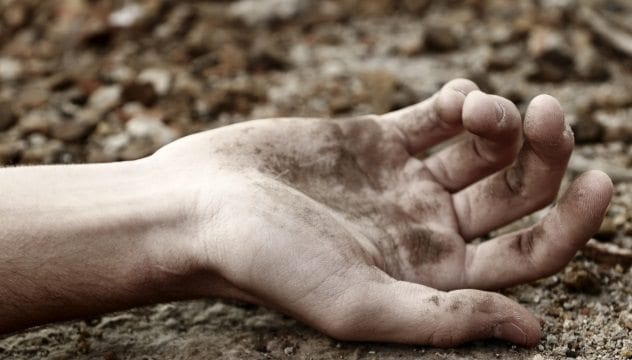 Many of us despise having to walk around with a name tag in plain view, but during the Justinian Plague, it became a necessity, especially if you had a family. Because the plague acted so quickly, people started putting on name tags before leaving their homes. Worn on the arm, the tags were the only way to ensure proper identification if they were struck by the plague and died away from home.

The tags would give names to the corpses, and their families would be able to learn of their loved one’s fate if the worst scenario happened.[9]

2 Justinian Was the Cause of the Plague 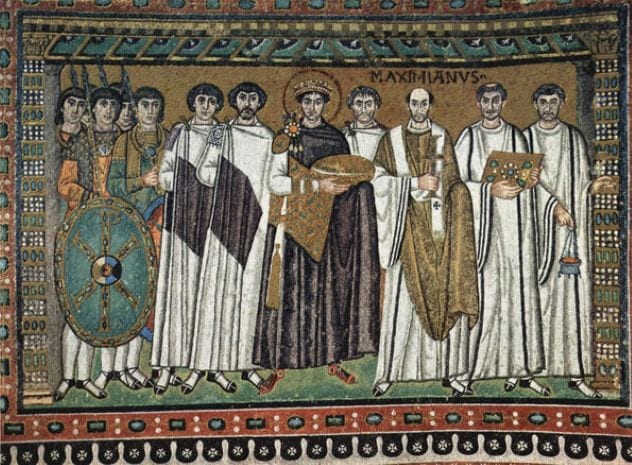 When Justinian came to power in AD 527, he sought to restore the Roman Empire to its former glory and rebuild its vast trade routes and territory. With this goal came an increased movement of troops and supplies used to take back lands lost and weakened after the empire was divided upon Alexander the Great’s death. Justinian heavily taxed his citizens to help pay for his goals for expansion.

So, how did Justinian cause the plague? Well, he didn’t—-really. It’s more accurate to say he created the pandemic around the plague. To feed his armies and the people of his expanded territory, he imported huge amounts of grain from Africa. As mentioned above, the ships carrying the grain from Egypt also brought the rats (and their fleas), which are believed to be the source of the plague. Whatever the source, Justinian’s plans created the environment which spread the disease to a people already weakened by heavy taxation, food shortages, and war.[10] 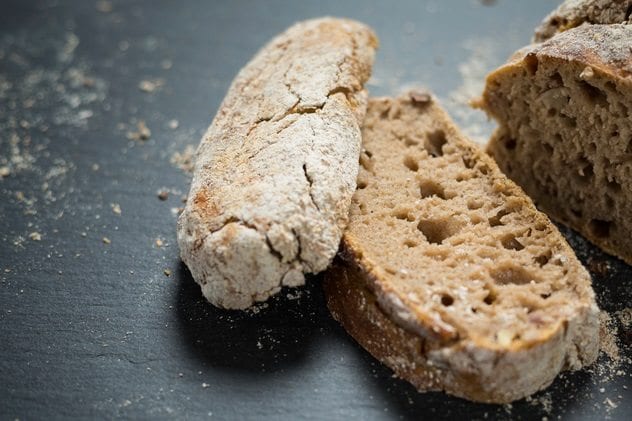 The plague hit Justinian’s empire and killed off more than just people; it destroyed its economy. Farmers were wiped out, leaving the farmland to go to weed. Bakers died off, and breads became scarce. Sellers at the marketplace either died from the plague or became too scared to go outdoors, where they might catch the plague.

With so many people dying each and every day, trade came to a complete standstill. People starved, and those who might have been able to pull through the plague had no food or caretakers to help them overcome the sickness. It was a vicious cycle of suffering and death.[11]