It is time, yet again, to look at some of the more unusual or unique stories that made their way through the news cycle this week. Morris is back with the more important stuff right here, but otherwise, read on for a dose of the uncanny.

It was a good week for archaeologists, with the promise of even more exciting things to come in the near future. We have to open a mysterious sarcophagus in Egypt, discover ancient settlements using the heat wave, and completely rewrite the history of humans outside Africa.

10 NASA Wants To Touch The Sun 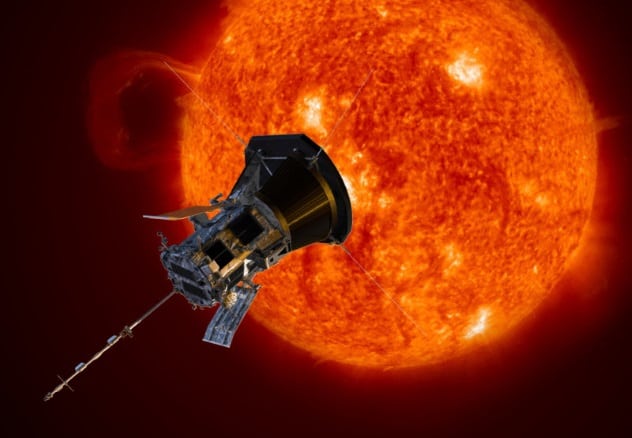 NASA is gearing up to launch one of its most ambitious missions ever—the Parker Solar Probe will “touch” the Sun. And by “touch,” we mean get within 6.4 million kilometers (4 million mi) of the Sun’s surface. Still, that’s over seven times closer than any other spacecraft has gotten before. So how will the probe manage to withstand the face-melting temperatures? Thanks to its recently unveiled, state-of-the-art Thermal Protection System (TPS) heat shield.

TPS consists of a thick carbon foam core sandwiched between two panels of superheated carbon-carbon composites, each coated with a special substance designed to repel solar energy.[1] It only weighs 73 kilograms (160 lb). NASA scientists are confident that TPS will be able to withstand temperatures expected to reach 1,370 degrees Celsius (2,500 °F), allowing the spacecraft to experience only modest heat reminiscent of a warm summer’s day.

The Parker Solar Probe will provide us with the closest-ever observations of a star. The primary mission goals are to trace how energy and heat move through the Sun’s corona and to determine what causes the acceleration of solar wind and solar energetic particles.

NASA revealed the entire spacecraft on July 13. The mission is scheduled for later this summer, no earlier than August 4.


9 Cannabis Not Allowed As Sacrament 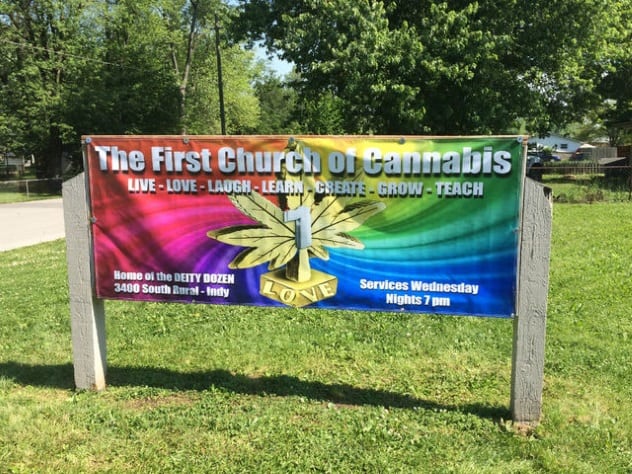 On July 1, 2015, The First Church of Cannabis opened its doors in Indiana, due, mostly, to the state’s newly introduced Religious Freedom Restoration Act (RFRA). A week later, it was suing the state to allow churchgoers (called “cannataerians”) to smoke marijuana during religious ceremonies. Three years later, a judge ruled that the church cannot play the “religious freedom” card to circumvent state drug laws.

The First Church of Cannabis is the brainchild of Bill Levin, who also serves as its Grand Poobah. Members follow a set of guidelines known as the Deity Dozen. They advise people to be nice to one another, help those in need, enjoy nature, etc. And smoke weed. The last “commandment” touts the virtues of cannabis, which is the church’s holy sacrament. Unsurprisingly, cannataerians are marijuana enthusiasts and believe that RFRA should be exempt them from state and federal prohibitions on cannabis.

Judge Sheryl Lynch disagreed. She opined that such an exception would hinder police’s ability to enforce drug laws, as anyone charged with a violation could invoke “religious exemption.”[2] It is not yet clear if Levin and the church plan to appeal the ruling. 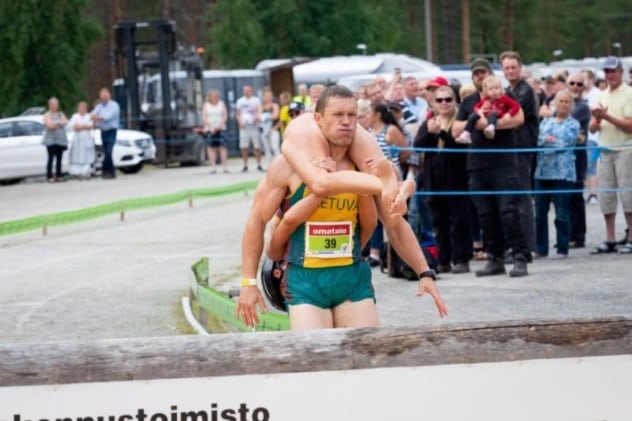 Over the weekend, the small Finnish town of Sonkajarvi played host to the 23rd annual World Wife-Carrying Championship. In a shocking turn of events, the race was won by Lithuanian couple Vytautas Kirkliauskas and Neringa Kirkliauskiene.[3] They managed to defeat six-time Finnish world champions Taisto Miettinen and Kristiina Haapanen.

For the uninitiated, wife-carrying is an alternative sport where men have to complete obstacle courses while carrying their significant others. This year, official qualifying competitions took place in multiple countries all over the world, and 53 couples met up in Finland for the championship race. It lasted roughly an hour and involved plenty of running, climbing, and wading through a slippery pool, all while the wives hanged upside down with their legs wrapped tightly around their husbands’ necks. 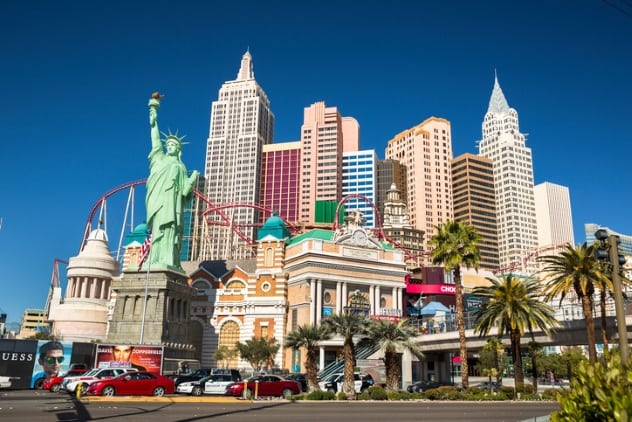 The Unites States Postal Service (USPS) has to pay $3.5 million to sculptor Robert Davidson for using an image of his Statue of Liberty instead of the genuine article on billions of stamps issued between 2010 and 2014.[4]

In 2010, the USPS released the Statue of Liberty Forever stamps featuring a close-up of the sculpture’s face. They found an image they really liked and printed it, except that it wasn’t the real statue in New York. It was actually Davidson’s replica of Lady Liberty located in front of the New York-New York Hotel & Casino in Las Vegas.

The postal service tried various defense strategies, but none proved successful. First they claimed they found the picture on a stock image site, but this didn’t fly. Then they argued that the two statues are too similar to tell the difference. However, they shot themselves in the foot with a 2011 interview with a USPS spokesman who said they were aware of the mistake but had no plans to change it because they loved the image so much.

Lastly, the postal service argued that Davidson’s sculpture was based on a government-owned building and, therefore, not copyrightable. However, his lawyers successfully argued that the Las Vegas version is unmistakably different from the original, being “sexier” and more “sultry.” The judge concurred and found the USPS guilty of copyright infringement.

6 The Oldest Color Is Pink 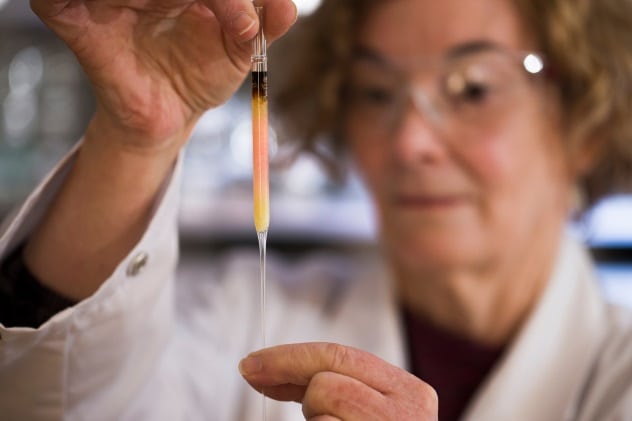 Researchers at the Australian National University (ANU) found bright pink pigments which are 1.1 billion years old, thus making them the oldest biological color in the world.

The pigments came from rocks found in a marine shale deposit beneath the Sahara desert in Mauritania. A PhD student, Nur Gueneli, made the discovery by crushing the rocks into a powder and then analyzing the organic molecules found in the mixture.[5] The pigments were bright pink and represented molecular fossils of chlorophyll produced by cyanobacteria that lived in the ocean over a billion years ago. They are over 500 million years older than previous discoveries of their kind.

ANU associate professor Jochen Brocks explained the find by comparing it to a 100-million-year-old T. rex bone. While the bone would obviously have some kind of color, likely brown or gray, it doesn’t tell you anything about the skin color of T. rex. This discovery is more similar to finding preserved, fossilized dinosaur skin which still has its original color, except that it’s ten times older. 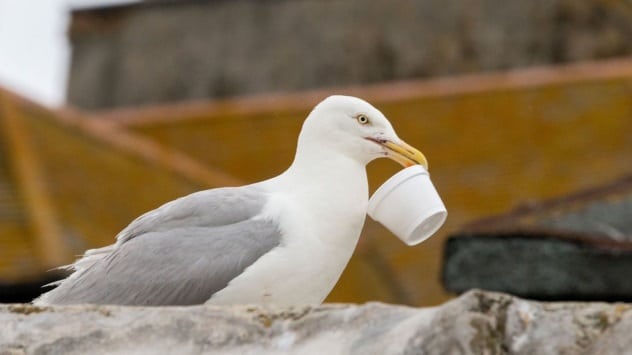 The RSPCA have reported dozens of cases of drunk seagulls acting “disoriented and confused” in the southwest of England.

The intoxicated birds have been rescued from beaches across the counties of Devon and Dorset. Video showed one gull stumbling around and losing its balance. At first, RSPCA officers believed the gulls were suffering from botulism, an illness caused by bacterial infection. However, most of them began to recover after vomiting. Moreover, they all reeked of beer, leading rescuers to conclude that the birds were, in fact, wasted.[6] A few of the seabirds have died, although most were able to make a full recuperation after “sleeping it off.”

Officials have yet to determine how the gulls are getting drunk. At first, they believed the birds were imbibing beer from plastic cups left by partygoers on the beach. However, they now think it is more likely that several local breweries or distilleries have been disposing of their alcoholic waste without properly securing it against wildlife. 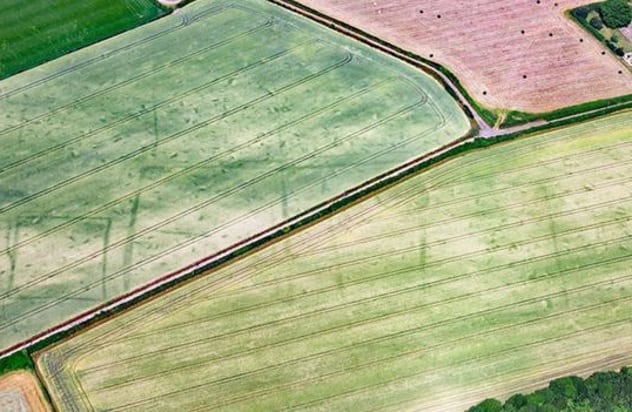 Photo credit: Royal Commission on the Ancient and Historical Monuments of Wales

Over the last couple of weeks, the Northern Hemisphere has been affected by a scorching heat wave which reached record-breaking temperatures in multiple locations. There is at least one country that found some way of benefiting from the canicule—Wales. The dry spell left easily identifiable crop marks in the landscape, which were used to detect ancient settlements.[7]

A long time ago, these areas had hillforts, ramparts, farmsteads, and castle mounds, dating from the medieval era all the way back to the Iron Age. Most of them were surrounded by ditches, either for drainage or fortifications. These had been filled in centuries ago, but the areas that cover them now have deeper topsoil. This means that the ground is richer in nutrients and can hold onto water better. Consequently, whenever there is a drought, crops grow thicker and greener over the old ditches compared to their surroundings.

This is particularly noticeable from the air, where some crop marks are so clear that they outline the ancient structures they once surrounded. Members from the Royal Commission on the Ancient and Historical Monuments of Wales (RCAHMW) have been busy tracking down all the new sites before it rains, and they disappear again. 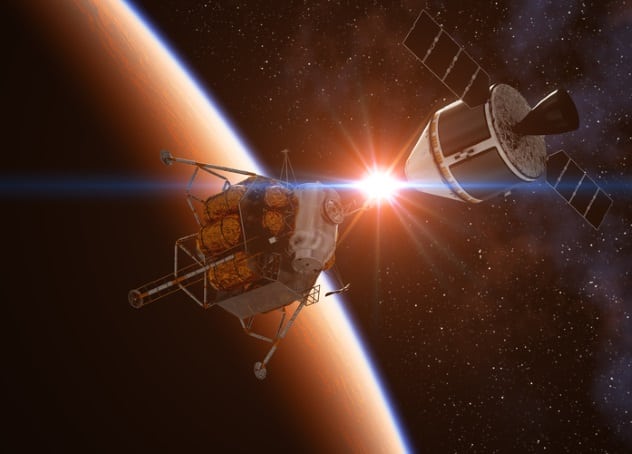 Any kind of long-term manned space mission would need to involve renewable resources. Scientists are hard at work exploring all kinds of possibilities that would allow spacecraft to be self-sufficient when it comes to necessities such as food, air, fuel, energy, and so on. A study recently published in Nature Communications examines a technology called artificial photosynthesis, which could possibly be used to turn sunlight into breathable air and spaceship fuel.

Right off the bat, researchers specified that their technology is in its early stages and will require a lot more work before it can be applied in a practical setting. Still, first results were encouraging. The goal was to create a system that would mimic plants, which, through photosynthesis, convert light energy into chemical energy and produce oxygen.

The problem was that the experiment had to be done in space-like conditions. That’s why it was performed inside Germany’s Bremen Drop Tower, which can achieve microgravity, but only for 9.3 seconds at a time.[8] The research team managed to produce hydrogen gas from a water-based acid solution in microgravity using a new photoelectrochemical cell. They are hopeful that, in the future, the cell can be part of a device which would use sunlight to both extract oxygen from water and create hydrogen gas to be stored and used as fuel. 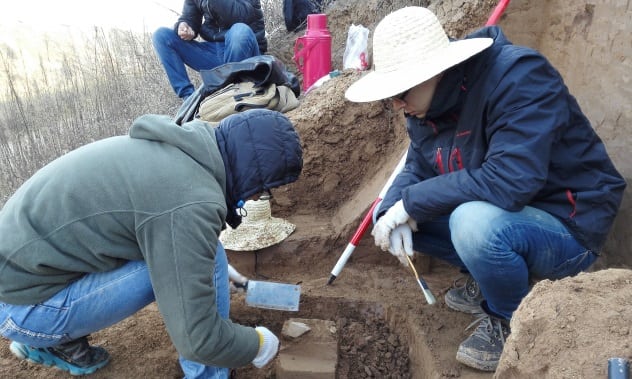 This is a recent event, so more developments are sure to come, but provided that the dating of the tools is accurate, it will surely reshape our understanding of humanity’s early history. Up until now, the oldest evidence for hominins in Asia came from Georgia, where scientists found fossils and artifacts dated between 1.77 and 1.85 million years ago.

Almost 100 stone tools were recovered from sediment in China’s Loess Plateau. Scientists used a technique called paleomagnetism to date the layers of sediment that the artifacts came from. It involves measuring the magnetic properties of the minerals found in the soil to calculate when they were deposited.

Study coauthor Robin Dennell of Exeter University stressed the likelihood that even older tools could exist in other parts of Asia. Such antiquities were located in India and Pakistan, but they could not be dated accurately, so it is impossible to say with certainty. 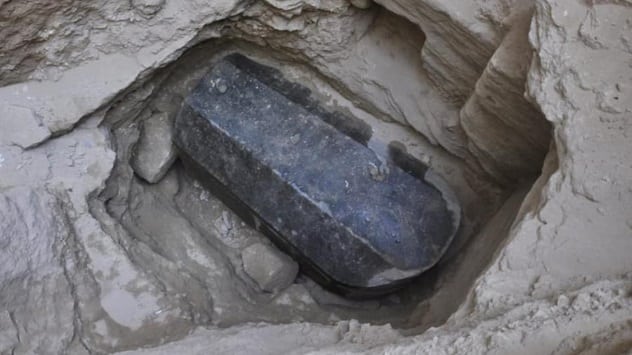 A mysterious discovery is both exciting and puzzling Egyptologists—a black sarcophagus has recently been uncovered in the Sidi Gaber district of Alexandria. An untouched layer of mortar on top of the lid of the coffin suggested that it has evaded looters for over 2,000 years.

At 265 centimeters (104 in) long, 185 centimeters (73 in) tall, and 165 centimeters (65 in) wide, this is the largest sarcophagus ever found in Alexandria. It is made out of black granite and was located in a tomb dating back to the Ptolemaic dynasty. It was found during standard excavations performed before erecting a new building.

Obviously, the $64,000 question is who (or what) is inside? Alongside the coffin, archaeologists also found an alabaster head of a man.[10] While this carving most likely represents the person entombed in the sarcophagus, the features of the statue are too degraded to obtain any clues.

It will probably take a while before we discover the contents. Egypt’s Ministry of Antiquities only recently announced plans for getting the heavy sarcophagus out of the tomb, which is located about 5 meters (16 ft) below surface level.