Handbags, high heels and g-strings are considered female items today. What if we told you those things were originally made for men? That is true. These items and several others were created for men but somehow ended up switching between genders.

There is no single reason why the switch happened. It was sometimes for practical reasons—like after someone discovered that an item was more useful for women than men. At other times, it was all about the money. Manufacturers have switched their target market from men to women just to make more sales.

See Also: Top 10 Animals That Were Originally Called Other Names 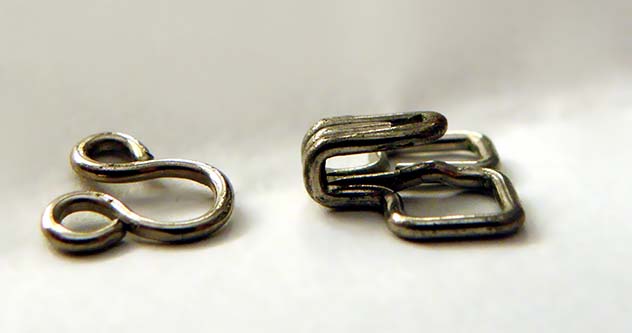 Famous writer, Mark Twain (born Samuel Clemens) was never a fan of suspenders. For the unaware, suspenders (aka suit braces) are those long straps that go over our shoulders to help hold our trousers up. Twain considered suspenders uncomfortable and went on to invent a new product to replace them. That product is the hook and eye.

The hook and eye is a small metal fastener that held trousers securely to the waist—the sort of thing we use belts for today. Men are not familiar with it since we never really got to use it. Women know it quite well because it is the same material that holds their bra together. Yes, those tiny metal hooks at the back (and sometimes, front) of bras was invented for men.

Mark Twain received a patent for the hook and eyes on December 19, 1871. As he wrote in his patent application, the material was an “improvement in adjustable and detachable straps for garments”. It was used in shirts, underwear and corsets before finding permanent use in brassieres. 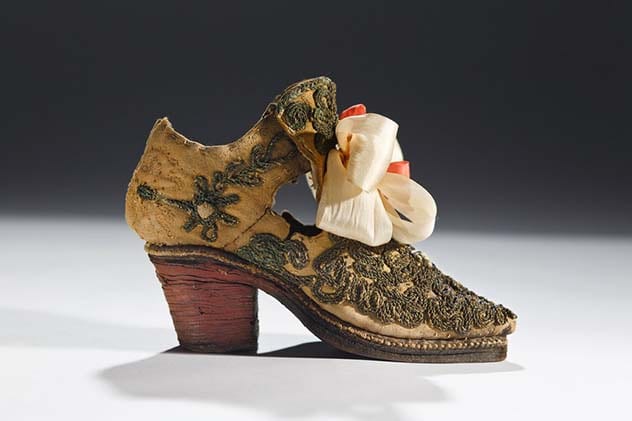 High heels are considered one of the most feminine items out there. They are so closely associated with women that one would think they were invented for women. That is wrong. High heels were created for men. Women only joined the high heel bandwagon in the 17th century.

The first high heels were made for male Persian soldiers back in the 10th century. The heel allowed them lock their feet in their stirrups (those devices horse riders put their legs) while riding their horses. This improved their balance and accuracy when they wanted to shoot arrows or attack their opponent with some other weapon while on the move.

High heels only reached Europe in the 17th century where it was promptly adopted by the male aristocrats since it made them appear taller and more intimidating. In one notable incident, King Louis XIV of France distributed high heeled shoes to the male members of his cabinet in 1673.

Women started wearing high heels because it made their feet appear smaller. At the time, most women wore long skirts that reached their ankles. The high heeled shoes raised the mid and rear parts of their legs so that it was hidden under their skirts. Only the front part of their feet was visible, giving people the impression that they had small feet.

Nevertheless, male and female high heels slowly began to diverge as women made their heels thinner. Women also streamlined the front of their shoes so that it appeared smaller and pointy. Meanwhile, men maintained the original high heels with wide heels and flat fronts. Men dumped high heels in the 18th century because it was already considered a feminine item. 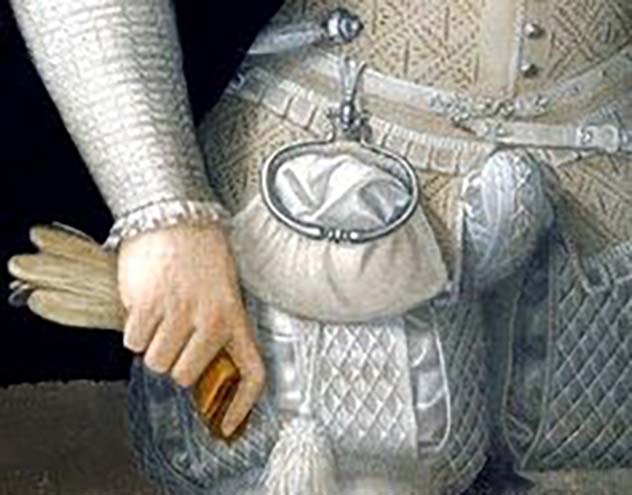 The handbag originated from the loose, small bags or pouches people carried around centuries ago. Clothes did not have pockets at the time and people created the pouches to keep their money and whatever else they had with them safe. The pouches were often attached to a belt worn around the waist.

The modern handbag appeared in the early 1900s. The name was coined from the hand held bags men carried around. Fashion designers of the day used the male handbags to create handbags for women. These feminine handbags had fasteners and were separated into compartments to make them more practical. The male handbag soon gave way to the female handbag. 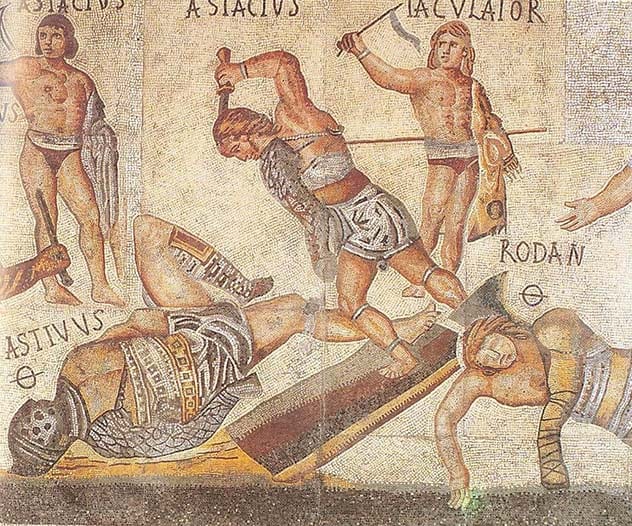 Thongs are a category of underwear or swimwear connected together by a narrow piece of cloth. When used as underwear, women prefer them over regular panties because they do not create those infamous panty lines. The g-string itself is a kind of thong. However, it is differentiated from thongs by the use of thin strings in place of the wider fabric used in thongs.

This time, it appeared as the jockstrap, which men used to protect their privates during sports. The modern thong made its first appearance at the 1939 New York World Trade Fair after Fiorello La Guardi, the Mayor of New York, ordered female nude dancers to cover themselves up. The dancers turned to thongs, which covered their privates while still leaving enough skin exposed to keep their audience entertained. 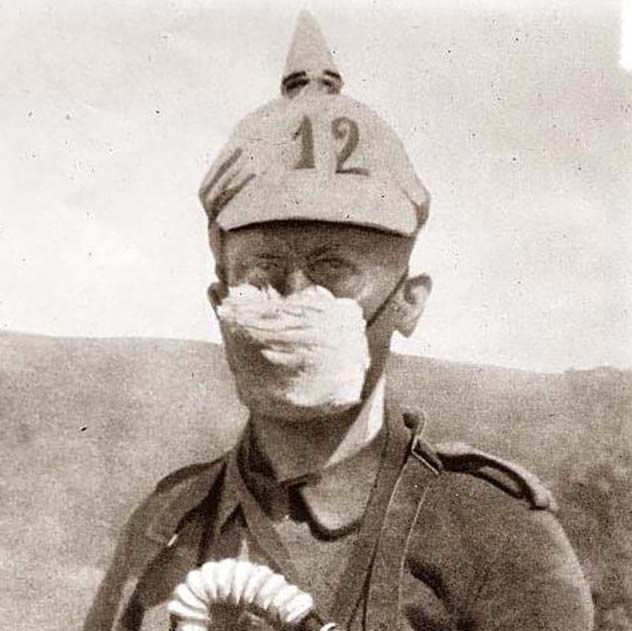 Reusable menstrual pads were not a thing until World War I. Years before the war, some executives of the Kimberly-Clark Corporation—which made the first disposable pad—were touring Europe when they came across some new material made from pulp and paper. Cellucotton, as it was called, soaked in five times more water than regular cotton while costing half as much.

The executives took cellucotton back to the United States. However, Kimberly-Clark did not find any use for it until World War I came along. Cellucotton was mass produced for use in dressing injured soldiers. However, the female nurses treating the wounded soldiers soon discovered that it worked well for soaking up their menstrual discharge.

Kimberly-Clark never paid attention to that until the market for cellucotton dried up right after the war. In 1920, it rebranded cellucotton and sold it as Kotex (from cotton texture), which became the first brand of disposable menstrual pads. Poor sales later made executives repurpose the product again into Kleenex, the first brand of facial tissue that hit the market in 1924.

Pictured is a German soldier using what would eventually become a menstrual pad as a face mask! 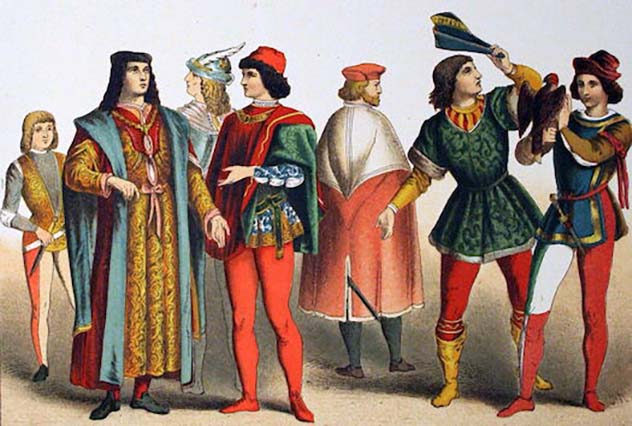 Stockings are another clothing material that between switched genders. They are exclusively worn by women these days even though the first stockings were made for men. Women only started wearing stockings in the 18th century. Men have been wearing them since the 9th century. Men of the upper class generally wore white or colored stockings while poorer men only wore black.

For the unaware, stockings (also called hoses) are those close-fitting clothes that cover the feet and part of the legs. A variant of it is the pantyhose, which is a combination of stockings with panties. Men never wore the pantyhose. To avoid confusion, stockings, pantyhose, tights and breeches all belong to a category of clothes called hosiery.

Things slowly changed between the 16th and 20th centuries when stockings switched from being a masculine item to feminine. The period is even called the “The Dark Ages of Tights” for this reason. By the 19th century, stockings had become so closely associated with women that men stopped wearing them completely. 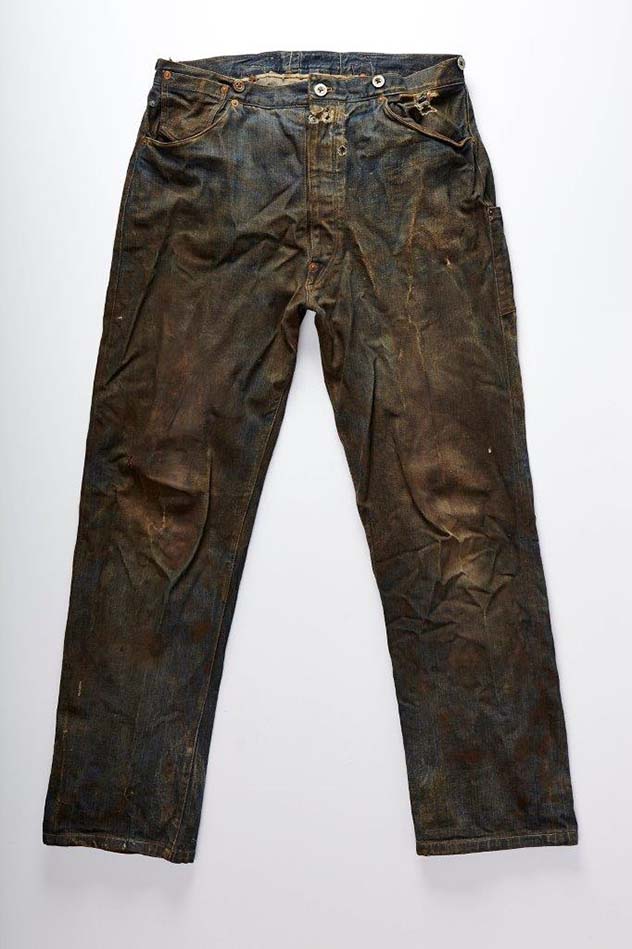 Skinny jeans share the same history as jeans. The first jean was created by Jacob Davis in 1873. However, the invention was closely linked to Levi Strauss, a German immigrant who moved to New York in 1851. Levi worked in his brother’s textile store until 1853 when he opened a textile store in San Francisco.

This was during the California Gold Rush when lots of men worked in the mines. One day, a tailor called Jacob Davis walked into his store and requested for a tough textile material that could withstand heavy work. Levi sold him some denim material, which Davis turned it into the first jean trouser.

The product was so successful that other miners started requesting for similar trousers. Davis partnered with Levi to patent the jean. Levi later founded Levi Strauss & Co. to mass produce jean trousers.

Jeans were still considered a male clothing item until 1930 when Levi Strauss & Co. created the Lady Levi’s® Lot 701, which was the first jeans exclusively made for women. The jean was slim and reached the upper waist. However, it slowly got smaller as Levi moved from marketing it to older women to younger women. 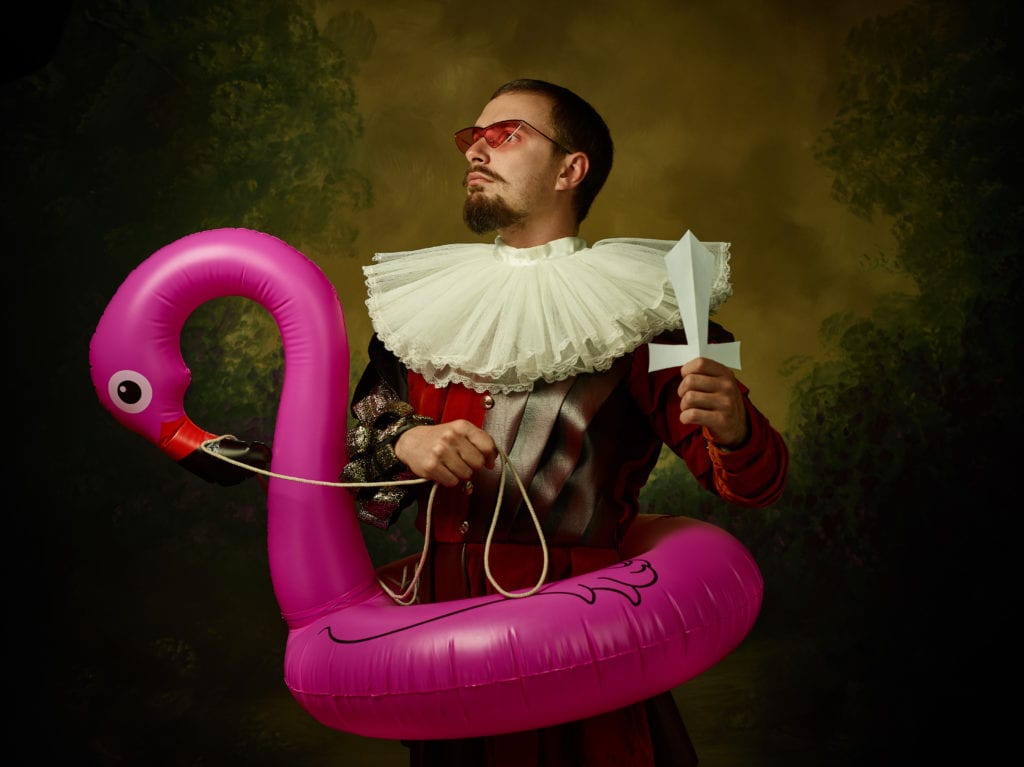 A century ago, boys wore pink and girls wore blue. Today, it is in the reverse. How did the color switch happen?

The whole thing began in the 1900s when the first colored baby clothes appeared. Before then, it was almost impossible to tell the sex of a baby at a glance since every baby wore white dresses. White was the preferred color because it could be bleached to remove any kind of stain. Boys also wore dresses because they were more practical than shirts and shorts.

Colored dresses only got popular at the turn of the century. However, no color was associated with any gender. By the time World War I came along, it was generally agreed that boys wore pink and girls wore blue. Boys wore pink because of its powerful appearance. Blue was preferred for girls because it was considered prettier.

Boys only dumped dresses for shirts and shorts at the end of World War II. However, boys still wore pink and girls wore blue. The real switch occurred in the 1960s when supporters of female liberation movements began dressing their daughters in pink over concerns that girls were being conditioned into behaving effeminately by the kinds of clothes they wore.

Meanwhile, boys slowly switched away from pink to blue. The garment industry delivered the final blow around 1985 when they started marketing pink clothes to girls and blue to boys. The garment industry was not interested in gender equality or whatever. They just wanted to force parents into buying new clothes instead of sharing clothes between babies of different genders.

For more lists like this, check out 10 Fascinating Examples Of Disease Influencing Fashion, and 10 Innocuous Things Created By Eccentric Mad Men.