Our genes do more than just determine our characteristics. They also influence other unbelievable things like our lifestyles, spending habits, eating preferences, and smelly armpits. That sounds weird, but it’s true.

This is the result of the way that evolution works. People with the most favorable genes survive, while people with unfavorable genes die off. Nevertheless, our genes seem to have given us the perfect excuse for some unruly behaviors. 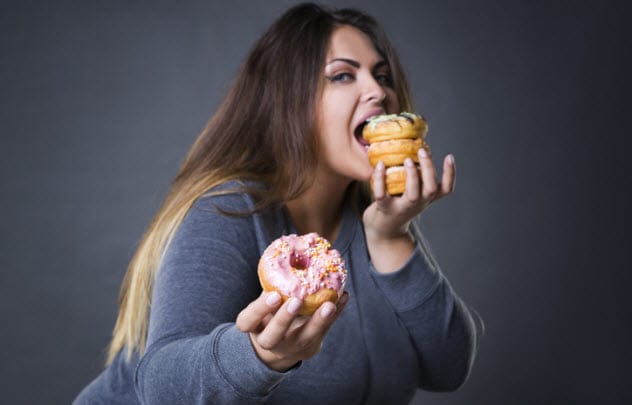 We will have a hard time stopping obesity because our so-called “thrifty genes” are wired to make us eat more fatty and sugary foods. When humans were hunter-gatherers thousands of years ago, eating three square meals wasn’t assured. Most people did not even know when they would get their next meal—if they ever managed to do so.

Humans soon realized that fatty and sugary foods provided them with energy that lasted over longer periods. This is because fat contains more calories than other classes of food. It is also less weighty on the body, meaning we expend less energy to store fats. Sugar provides long-lasting energy because it is easily converted to fat.

Early humans with thrifty genes survived because they were the likeliest to survive foodless days and famines. Most people without the genes died off. However, a minority of them survived and their genes are still around. But for the rest of us, our ancestors had thrifty genes and so do we. Little wonder that most humans have a sweet tooth.[1] 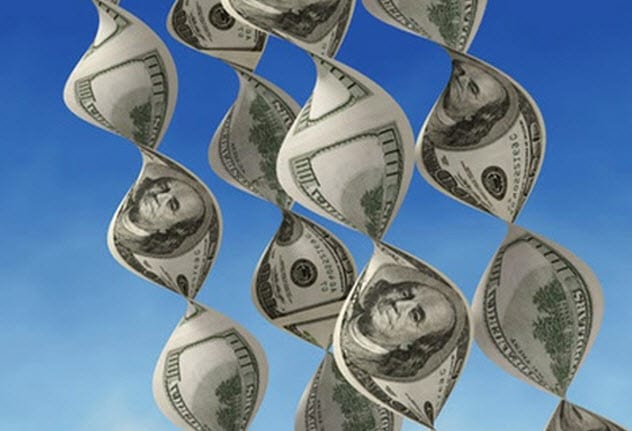 Researchers Stephan Siegel and Henrik Cronqvist have discovered that our genes determine our spending, saving, and investment habits. During an analysis of the genes and lifestyle habits of 15,000 sets of twins, the researchers found that twins had similar spending habits even when they did not live together.

According to Siegel and Cronqvist, our parents and experiences often determine our spending and saving habits until around age 25. By age 40, our genes have kicked in and influence how we spend and save.

The researchers discovered that our genes affect how willing we are to take risks in business as well as how we invest in equities. Apparently, the study’s authors believe that a genetic component contributed to whether these twins diversified their stock portfolios enough.

If you invest in only a few stocks at any one time—and they’re losers—that could spell financial disaster. But it can also be lucrative if you pick the right ones. Nevertheless, many financial advisers recommend diversifying your portfolio among many types of stocks or other investments to reduce your risk of loss.

According to the researchers, our genes also make us likelier to invest in stocks that were previously successful. However, prior success is not a guarantee that a stock will continue to be a good holding.

Other researchers like Hersh Shefrin have concluded that our genes also make some of us thrifty spenders. Only 25 percent of people have the gene that makes them spend less. The rest of us have genes that make us spend more.[2]

8 Fear Of Snakes And Spiders 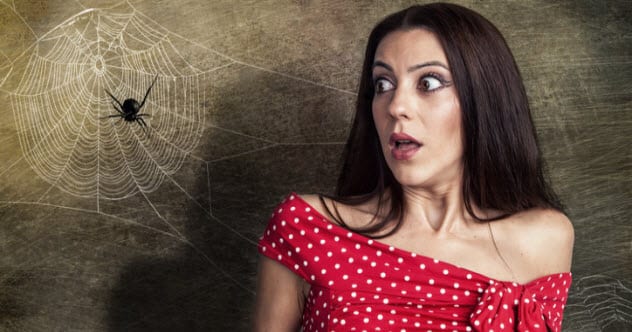 Humans have an innate fear of crawling creatures, especially snakes and spiders. Even babies are wary of these creatures. In two studies, several six-month-old babies appeared stressed when they were shown images of snakes and spiders. They did not show the same reaction when they looked at pictures of fish and flowers.

In another study by Joshua New and Tamsin German of Columbia University, 252 people were quick to spot the spider when shown several images. This happened even when the pictures were distorted. We have an innate fear of crawling creatures because snakes and spiders often killed early humans.

Although many spiders are harmless today, most were highly venomous and could kill with a single bite millions of years ago. Spiders that did not kill could make a person sick or paralyzed. This is obviously bad when you’re in a jungle filled with thousands of animals that are actively trying to eat you.

Humans soon had genes to easily detect snakes and spiders. The people who lacked those genes died off because they were often bitten. However, other researchers like Jon May of Plymouth University disagree that we detest spiders due to our genes. He says that we hate spiders because their hairy legs and weird movements make them scary.[3] 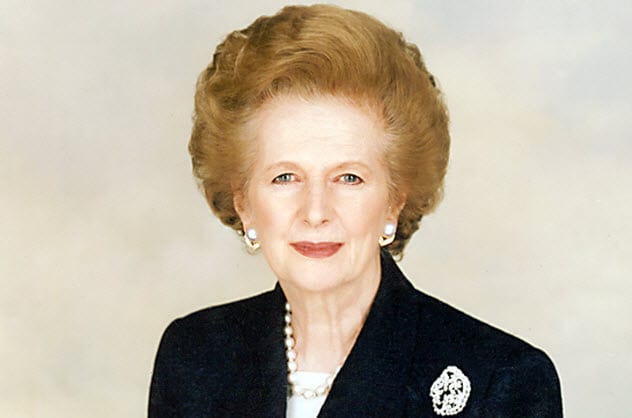 The average human needs about seven hours of sleep a night. Anything below six hours usually causes fatigue, which quickly leads to other problems. Fatigued people are physically and mentally weaker and unable to concentrate or think properly. They may also become depressed.

However, there is a distinct group of individuals who only need a few hours of sleep a night. They have p. Tyr362HIS, which is called the “Thatcher gene.” This is named after former British Prime Minister Margaret Thatcher who was known for sleeping only a few hours a night. 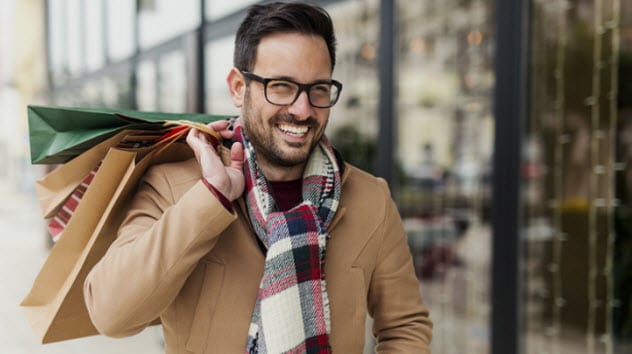 “Shopping” is synonymous with “women.” But according to Geoffrey Miller of University College London, men are actually the ones who are genetically wired to shop. Men love shopping because they want women to think they are rich and attractive. Owning expensive items also means that a man is rich enough to take care of a woman.

Thousands of years ago, long before clothing lines and fashion stores became a thing, men wore animal skins and painted their bodies to attract women. As technology came along, men hopped to clothes, cars, and other status symbols, including expensive dinners.

Today, most men stop taking their women to dinners and buying flowers and other luxuries after having sex with the women. At that point, the man no longer needs to show off because he already got his prize. It now becomes the responsibility of the woman to look good to keep the man. This is why women appear to shop more than men.[5] 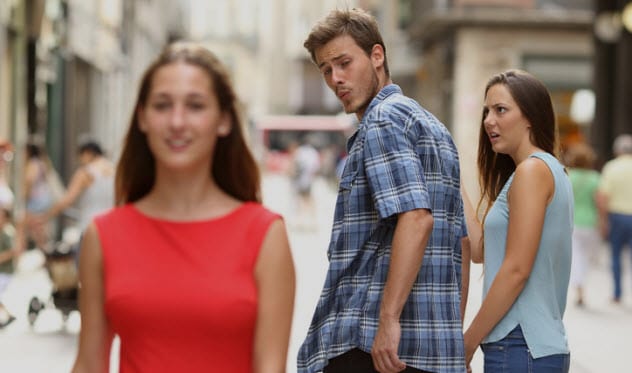 In 2010, researchers led by Justin Garcia of Binghamton University revealed that men with a certain type of DRD4 gene were the likeliest to cheat. The team reached the conclusion after questioning 181 men about their sex habits.

Researchers asked the men to fill out some questionnaires about their sexual health after which they collected DNA samples. They discovered that men who had a particular kind of DRD4 gene were the likeliest to cheat. Interestingly, the men had no tangible reasons for cheating. They only did it for the thrill.

Garcia says that this occurs because the gene is linked to dopamine, a compound released in the brain when we engage in pleasurable activities. The DRD4 gene suppresses the action of dopamine, causing affected men to release more dopamine to reach the same level as regular people.

However, some researchers like Robert Weiss say that the research is inconclusive because it involved a small study group. Weiss also believes that other factors like environment, life experience, and personal decisions affect whether a person will cheat.[6] 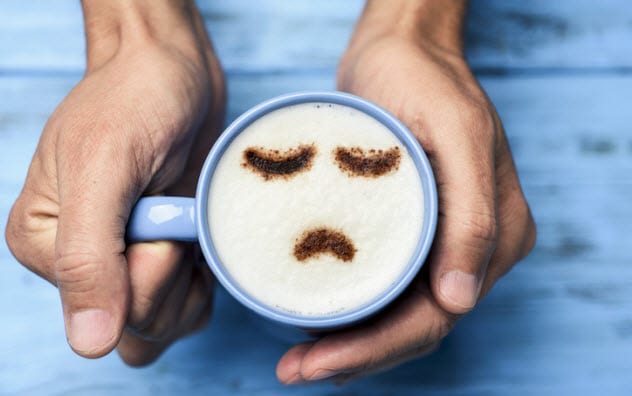 Researchers from Peking University have discovered that our genes could determine whether we want to be in a relationship or remain single. Specifically, they fingered C-1019G, a form of the 5-HT1A gene, for causing people to remain single.

The researchers reached the conclusion after studying 579 ethnic Chinese students. They discovered that only 40 percent of the students who had the gene were in a relationship. Researchers believe this is so because the gene makes people moody, gloomy, and anxious, so they are less likely to be in relationships.

Other researchers have traced singleness to the gene that controls oxytocin levels in the body. Oxytocin makes us friendlier and more social. However, it could have the opposite effect in reduced quantities.[7] 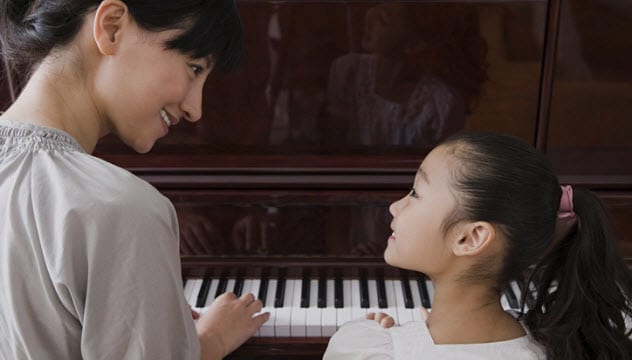 Researchers have often speculated that people exposed to music at an earlier age are better at singing and analyzing music. However, they have discovered that these abilities could actually be the result of genetics.

They reached this conclusion after analyzing 568 female British twins. Researchers added a few wrong notes to snippets of 26 tunes including “God Save the Queen,” “Yankee Doodle,” and “Happy Birthday.” The twins were asked to spot the errors. 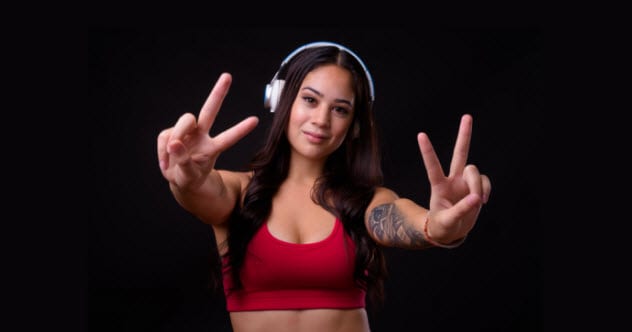 The “V” sign we make with our fingers when we are victorious is innate. So are other habits like tilting our heads backward, raising our arms, and making our chests bigger. Losers will often make their shoulders fall, compress their chests, and hide their faces. Like the winners, their actions are also innate.

Prior to this study, researchers used to think that these winning and losing habits were learned. However, they discovered that these actions had something to do with our genes when they realized that blind athletes also made the “V” sign when they won.[9]

If that was not enough, they also let their shoulders fall when they lost. This included athletes who were blind from birth. There was no way that they would have seen another person do it.

The study group involved blind athletes at the 2004 Paralympic Games. Researchers watched their behaviors after the participants won or lost and discovered that they behaved the same way as the people who could see. Researchers believe that the habits got impressed in our genes because they were used by our apelike ancestors. 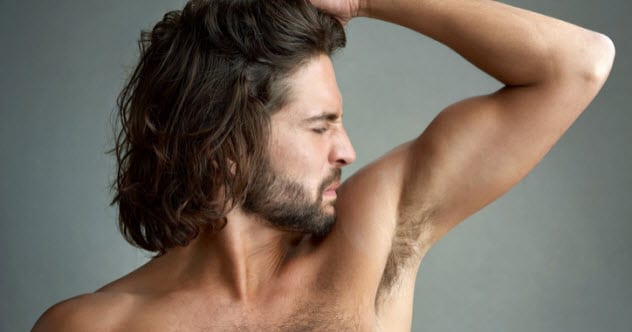 The armpits of 98 percent of humans smell when they get sweaty. However, the other 2 percent do not stink because they have the ABCC11 gene. The discovery was made by researchers from the University of Bristol. They studied 6,495 women and found that only 117 (2 percent) had the ABCC11 gene.

Interestingly, scientists have always known about the gene. However, they focused their research on its effect on earwax. People with the gene always have dry earwax. In fact, dry earwax is one method of detecting the presence of the gene in the body, which is most common among East Asians.

Researchers believe that the ABCC11 gene makes our sweaty armpits odorless because it makes us produce less amino acids than normal. This equates to less bacteria and less odor because bacteria makes our armpits smell. Interestingly, a lot of people with the ABCC11 gene still use deodorant.[10]

Read more about crazy characteristics controlled by mutant genes on 10 Amazing Powers From Rare Genetic Mutations and 10 Mutant Genes That Could Make You Superhuman.