Math is, understandably, a complicated subject to get a hang of. Most of us are simply not wired to do anything with a large amount of numbers, even if we’re intuitively mathematical beings. We’re adding, subtracting, multiplying and doing even more complicated equations in our heads all the time. It’s a problem, though, when that turns into complicated symbols and alien words like ‘derivatives’ as soon as it’s translated on paper.

While some mathematicians would simplify those complex equations for the layman, there are also those who do the complete opposite – apply a complicated equation to something simple for no discernible reason. A considerable amount of funding from legitimate – even government – sources has gone into finding out the math behind the simplest things in our everyday lives, even if we never – for once – asked for it.

From the mythical “Beer Goggles” effect to dripping teapots, here are 10 simple things scientists made unnecessarily complicated with math. 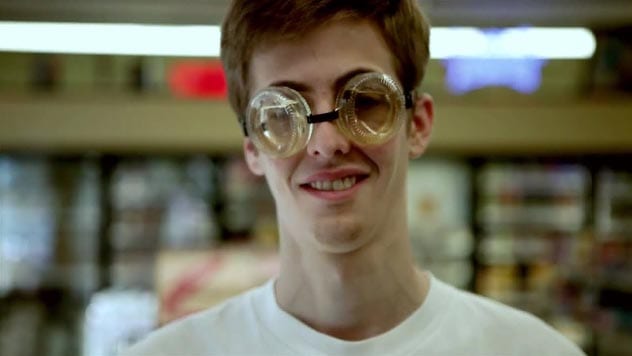 We’ve always suspected that having more alcohol makes other people more attractive to you. In fact, many of us depend on it. There have never been any studies that confirm this, though most of us have always just assumed it to be the case from anecdotal experience.

Some researchers from St. Andrews University and Glasgow University in Scotland, though, weren’t satisfied with just that. They sought out to seek the ultimate formula for how alcohol affects attractiveness, and set up a study.

As they found, the formula consists of symbols we honestly do not have even the educational background to understand. As far as we can tell, it depends on a variety of factors, like how brightly lit the area is, the amount of smoke in the air, number of glasses you’ve had etc. It then calculates a “Beer Goggle” factor from 1 to 100, where at 1 you perceive everyone to be as attractive as you would sober, and 100 where you find everyone in the room to be at peak mating condition.

7 The Physics Of Biscuit Dunking 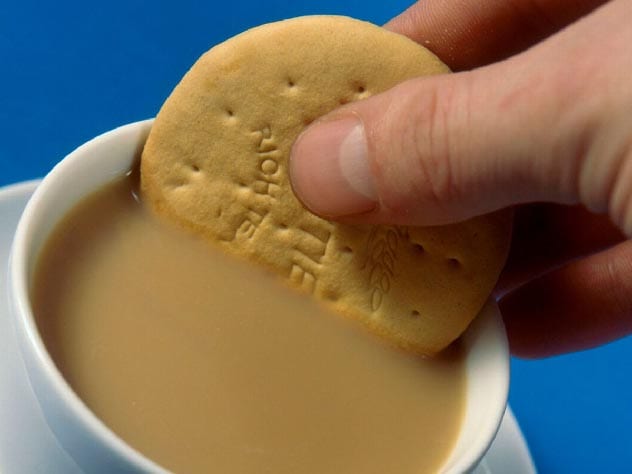 Biscuits maybe the British equivalent of cookies, but they occupy a more prominent role in British culture than their American counterparts. Tea and biscuits are one of Britain’s favorite snacks, especially during the more boring parts of a typical British day. That’s why all Brits are aware of the classic dunking method of having biscuits with tea. Most of them are good at dunking their biscuits, but only a few are serious about it.

Take this one British scientist, who wanted to perfect the science of biscuit dunking. He carried out an elaborate and in-depth study on all the factors that affect the dunk-ability of a biscuit, and it took him years to finish, too.

Many of his findings were surprising – even if completely unnecessary and unasked-for – like the fact that a gingernut biscuit should be dunked for 3 seconds, while a digestive biscuit could be dunk for up to 8 seconds.

6 How To Hold A Hamburger 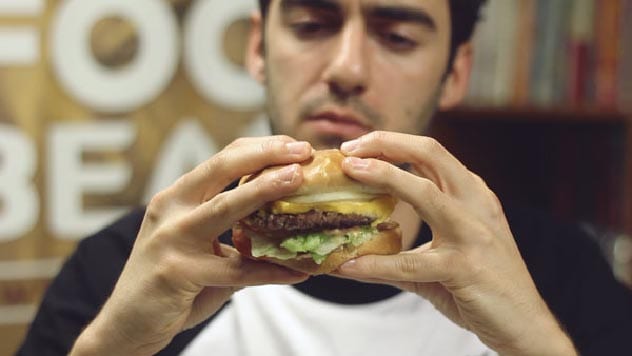 Despite being around hamburgers for so long, most of us are bad at eating them without making a mess. There’s really nothing we can do to change that without fundamentally altering what makes them so good. Moreover, most people don’t care either way.

Some researchers appearing on a Japanese TV show, though, claimed to have found the perfect way to hold a hamburger without spilling anything. They came to that conclusion after months of complex calculations and research, too, suggesting that they were serious about it.

According to them, a hamburger is best held with the thumb and pinky fingers on one side, and all the other fingers on the other, holding everything down. It may even work if you keep the angles right, though that’s if you want to bring math into your food.

5 How To Avoid Teapot Dripping 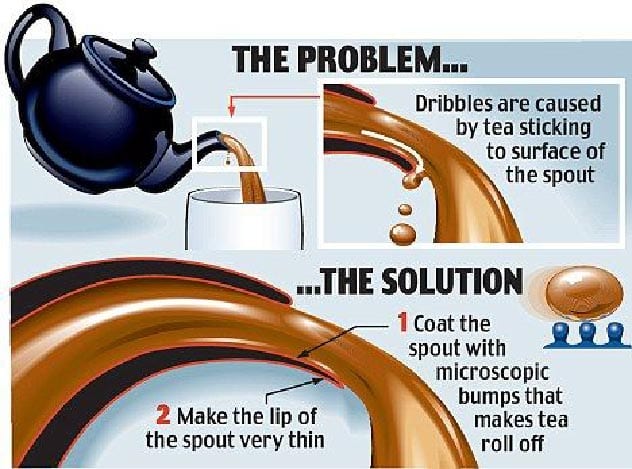 Tea is quickly coming up as a healthier and more organic alternative to caffeine (s/b coffee) around the world. If you’ve ever dabbled in it, you’d know that it also harbors one of the culinary world’s most curious mysteries; how to stop a teapot from dripping along its side when you’re serving it. It happens a lot and is admittedly a problem, though we still manage because tea really is quite healthy.

That can’t be said for the team of fluid dynamics experts that decided to apply some math to it. In a relentless pursuit to end teapot dripping once and for all, they carried out a detailed research into the matter. What they found will shock no one, and was honestly not a very big deal in the first place.

They found that the real problem is a phenomenon called the ‘hydro-capillary effect’, which causes the tea to spill no matter what you do. There are multiple ways to reduce it, like putting butter in the spout, using a teapot made out of a thinner material, or opting for a teapot with a thinner lip. 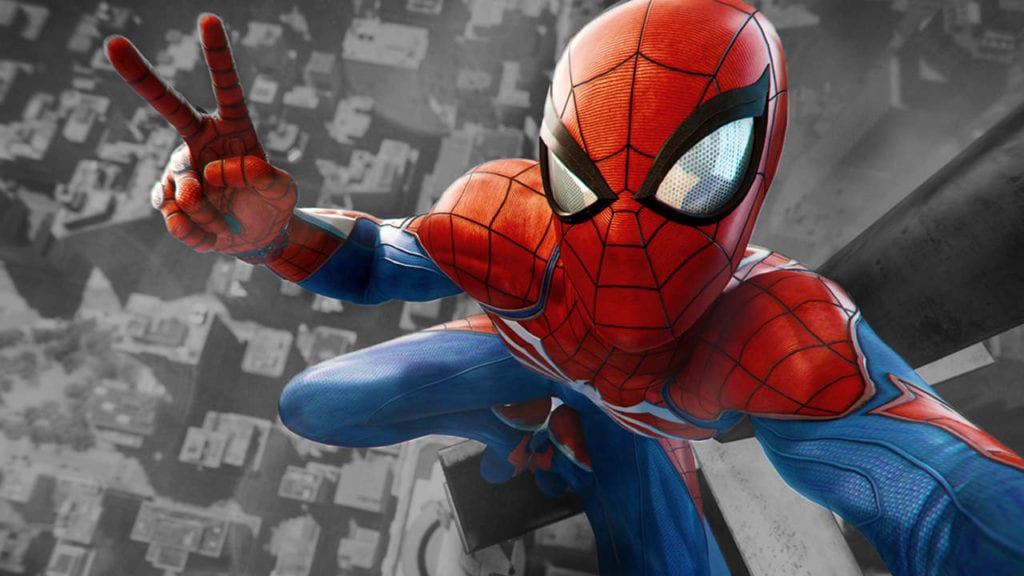 As a casual party conversation, it’s interesting to discuss whether superheroes could, theoretically speaking, exist in real life. It’s easier to answer for superheroes with outright supernatural abilities, as well as the ones with no abilities at all. For everyone in the middle, it gets complicated. While we realize that it’s an important thing to talk about, most of us wouldn’t ponder beyond it.

Some researchers, however, wanted to take the argument further. They took Spider-Man’s ability to stick to walls, and tried to figure out if it could actually be replicated in real life. As they found out, this is one ability humanity will never possess.

Apparently, geckos – according to physics – are the largest animals that could physically scale a wall. It has to do with the mechanics of how we interact with the wall. In order to successfully scale it perfectly like Spider-Man, our shoe size would either have to be a US 114, or 80% of the body’s frontal area would need to stick to the surface. As neither of those seem to be desirable – or even possible – options, they conclusively prove that no amount of scientific progress or evolutionary mutations could ever make us scale walls like geckos.

3 Who Is The Real Antichrist? 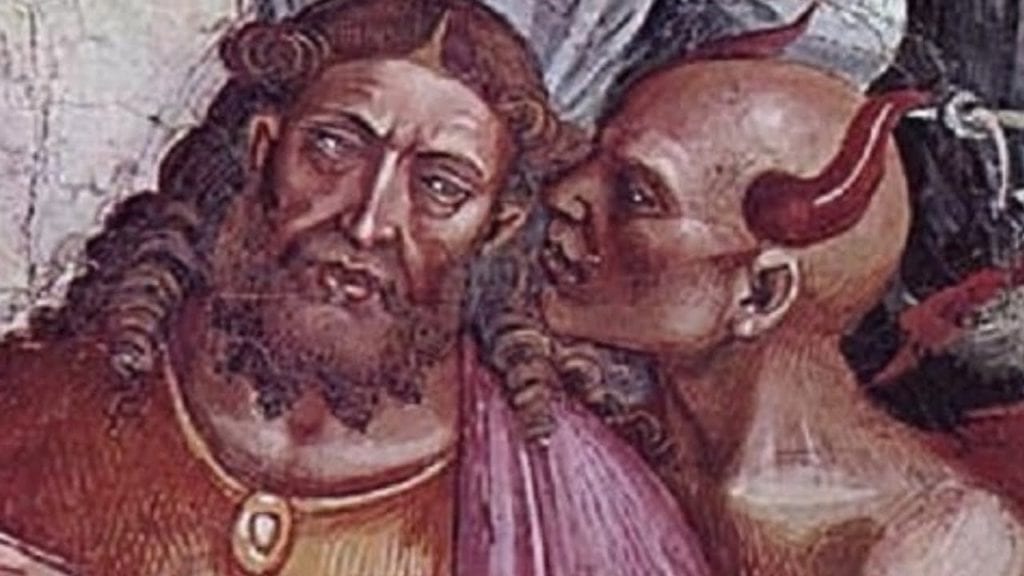 The real identity of The Antichrist is a rather theological question. It may even be a philosophical one, though it’s definitely not a mathematical one. We can think of no way you can use math to prove that some real person is, in fact, the Antichrist. For one, the Antichrist isn’t (likely) really a real figure. More importantly, any Antichrist who lets himself be found so easily is not a good Antichrist at all.

Those fundamental problems didn’t dissuade an American author called Robert W. Faid. He spent years – even getting other students and researchers in on the project – trying to find a mathematical link between the Antichrist and Mikhail Gorbachev; yes, the Soviet premier at the time. After painstaking research with higher forms of statistics and probability, he seemed to have found it, too, which he eventually published in a book. According to his research, the odds of Mikhail Gorbachev being the Antichrist were a whopping 710,609,175,188,282,000 to 1.

2How Much Saliva Does A Child Produce? 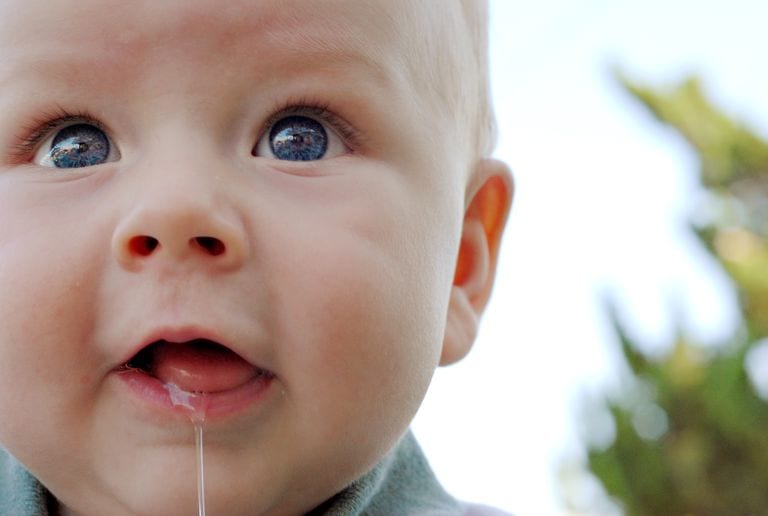 If you ask someone about an estimate on how much saliva they produce every day, it may come across as a weird question. Besides being too personal, it also doesn’t help with any sort of statistics. Calculating the saliva production may have its uses in some niche areas of medicine, though it’s not anything you’d go out of your way to check for anything in your daily life.

One team of scientists from the University of Hokkaido, Japan, on the other hand, decided to not just calculate that, but further narrow the subject field to just five-year old children. They applied a lot of calculations and general math to it, and came to the conclusion that an average five-year old produces about 500ml (about 17oz) of saliva every day.

1Where Can We Walk On Water? 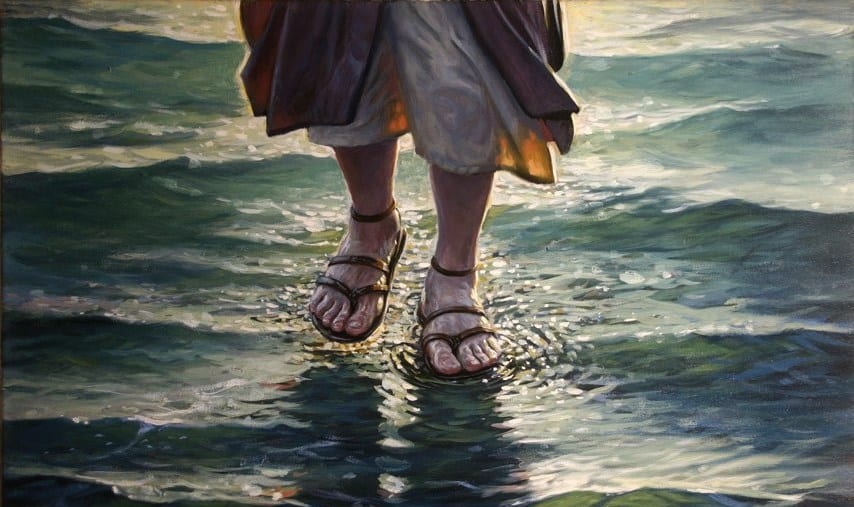 Walking on water has fascinated humanity ever since the concept was first introduced in a bestselling book around two millennia ago. We won’t lie, we’ve had the thought of being able to do it once in a while, too, though as of now, our laws of physics simply don’t allow it. It’s a bummer, though most of us would probably not lose sleep over it.

That’s not true for this team of researchers from Italy, who came together to conduct the first ever detailed research on the conditions required to walk on water. They compared the structure of the human body with other animals, as well as check if human body is even built to walk on water in the first place.

For more lists like this, check out 10 Coolest Mathematics Results, and 10 Facts From The Bizarre World Of Infinite Math