A lot of students hate math, even though the world runs on mathematics. Huge sums of money and equipment worth millions of dollars have been lost simply because someone made some tiny math mistake. Computers also have made errors like this, too, but that can still be blamed on humans since we did the programming.

To be clear, some calamities were caused by errors involving complex math, which is arguably more forgivable. However, the ones we have here are mostly ridiculously simple mistakes that even an elementary school student might not have made. 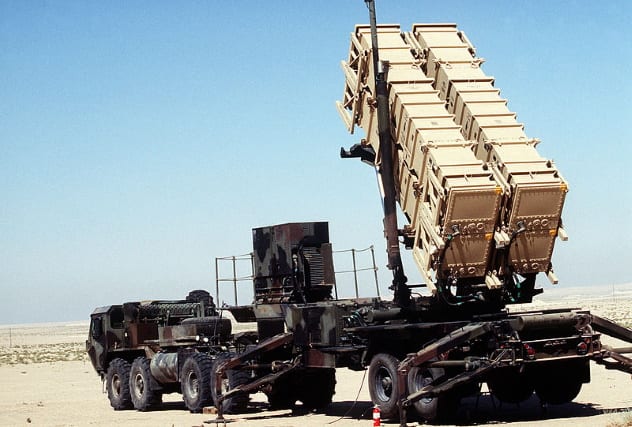 On February 25, 1991, an Iraqi “Scud” missile struck a US Army base in Dharan, Saudi Arabia, killing 28 soldiers and injuring 100 others. The disaster was surprising, considering that the base was protected by a Patriot missile air defense system. Investigations revealed that the system did not attempt to intercept the Scud.

The error was traced to the software powering the clock of the system. The clock recorded time in deciseconds (one tenth of a second) but stored that data as an integer. It converted the time into a 24-bit floating point number to do this. However, rounding the times in order to convert them led to gradually increasing inaccuracy as the system operated. As a result, the system was not able to intercept missiles after 20 hours of continuous use.

At the time of the attack, the Patriot missile battery in question had been operating for 100 hours. The time disparity was such that it looked in the wrong part of the sky for the incoming missile and therefore found no target. The US Army had been made aware of this software issue and had released an update on February 16. The update only reached the Dharan base on February 26, a day after the attack.[1] 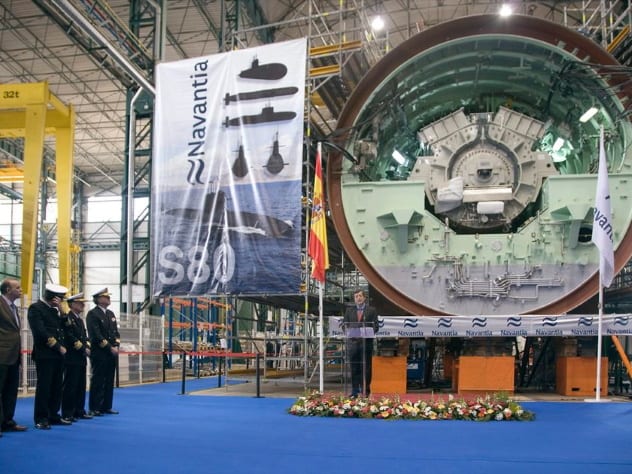 In 2003, Spain launched the $2.7 billion S-80 submarine program to build four diesel-electric submarines for the Spanish navy. Spain had almost completed one of the submarines in 2013, when it discovered that the sub was 70 tons heavier than it should have been. The Spanish navy feared the submarine would never surface if it went underwater.

The submarine ended up heavy after someone put a decimal point in the wrong spot during calculations. No one discovered the error until the first submarine was completed, and the other three were already under construction. Spain later signed a $14 million deal with Electric Boat of Groton, Connecticut, to help them reduce the weight of the 2,200-ton submarine.[2] 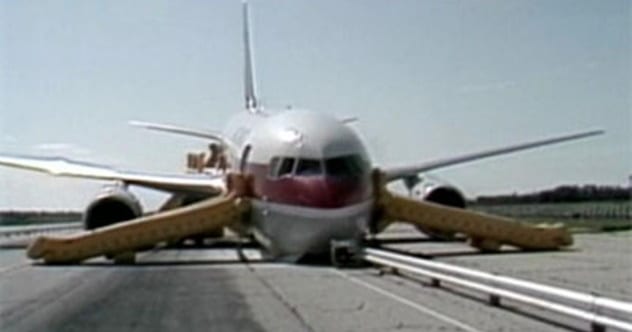 In July 1983, an Air Canada Boeing 767 flying from Ottawa to Edmonton with 69 passengers and crew had to crash-land after running out of fuel at 12,500 meters (41,000 ft). The engines suddenly lost power, and the airplane started gliding to the ground. It glided for 100 kilometers (60 mi) before landing in Gimli, Manitoba.

It came down on a racetrack that had originally been a runway. Luckily, there were no deaths. However, two people had minor injuries, and the nose gear was destroyed. This landing earned Flight 143 the nickname of “Gimli Glider.”

One kilogram equals 2.2 pounds. This meant the airplane had only around half the amount of fuel it required to complete the flight. The pilots did not notice the discrepancy because the fuel gauge was not working. Ground crews used drip sticks to measure the fuel at the time they filled the tanks.

Interestingly, the ground crews made the mistake twice. The first was in Montreal, and the second was in Ottawa. The airplane made the Montreal-to-Ottawa flight without incident but literally flew into problems when it was flying from Ottawa to Edmonton.[3]

7 Sinking Of The Vasa 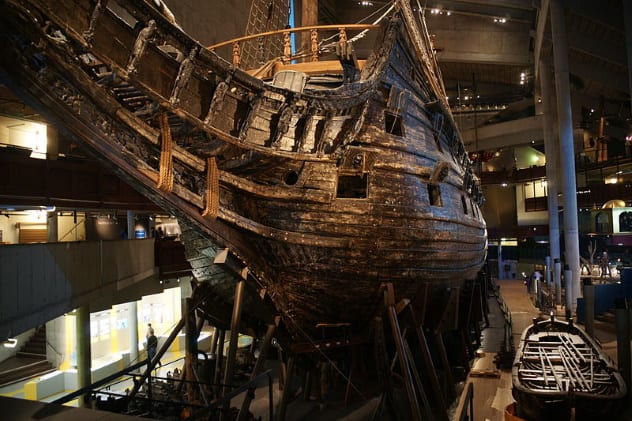 On August 10, 1628, Sweden launched a new, heavily armed, and large warship: the Vasa. The vessel had barely sailed for 20 minutes when it sank less than a mile from shore. Thirty people died in the sinking. The ship was later retrieved in the 20th century and is now held at the Vasa Museum.

Historians measured the entire ship and discovered that its builders used two different units of measurement. One was the Swedish foot, and the other was the Amsterdam foot. A Swedish foot is 12 inches, while an Amsterdam foot is 11 inches.

The difference between both units of measurements caused one side to end up heavier than the other. This was why the ship leaned to one side and promptly sank after it was hit by two gusts of wind. Historians add that the effect of the wind was worsened by the fact that the top of the ship was heavier than its bottom.[4] 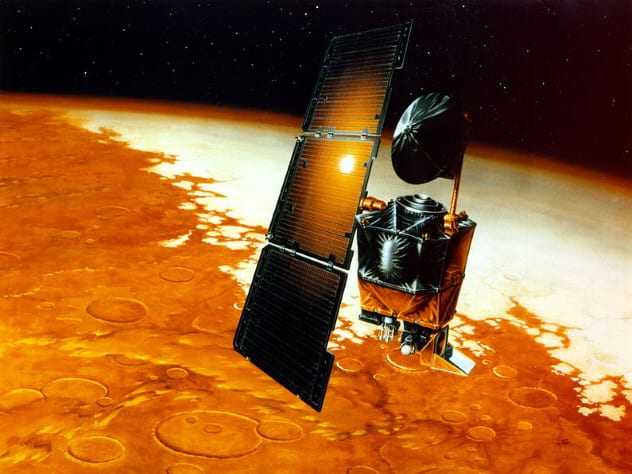 The Mars Climate Orbiter was a $125-million joint project between Lockheed Martin and NASA/JPL. The project suffered an embarrassing end when the orbiter most likely crashed into Mars due to a simple conversion error in 1999. Lockheed Martin used the imperial system of measurement while programming software, but NASA used the metric system.

Engineers at NASA would have detected the error if they’d been paying attention. However, they did not. No one realized something was amiss throughout the Mars Climate Orbiter‘s nine-month journey to Mars, either. The mistake only became obvious when NASA lost contact with the orbiter.

In response to the incident, John Logsdon of George Washington University’s Space Policy Institute said the whole thing was “dumb.” John Pike of the Federation of American Scientists added, “It was embarrassing to lose a spacecraft to such a simple math error.”[5]

On June 4, 1996, the European Space Agency’s Ariane 5 rocket exploded 37 seconds after takeoff. Onboard the spacecraft were four satellites. The rocket and satellites cost $370 million. The accident was traced to an integer overflow error in the software used for launching the rocket.

An integer overflow is a mathematical error that occurs when the figures generated by a system exceeds the memory of that system. The Ariane 5 operated on 16-bit software capable of storing figures up to 32,767. The rocket managed to generate figures way above that.

The European Space Agency used the same software they’d previously used in Ariane 4 rockets. They had problems with the Ariane 5 because it was faster than the Ariane 4. Faster means larger figures. The software could not handle the large readings, causing the rocket to go rogue. Ground control ordered it to self-destruct.[6] 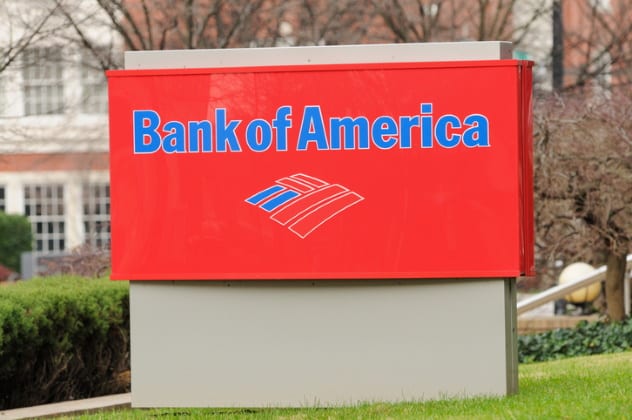 The Federal Reserve regularly makes banks undergo stress tests. A stress test is the analysis of the financial condition of a bank under a stimulated negative economic situation. Stress tests are necessary to determine if a bank is healthy enough to overcome a terrible recession or financial crisis.

Bank of America had not passed the stress test. It only thought it did because it had made a mistake in determining the values of some bonds owned by its subsidiary, Merrill Lynch. Shareholders weren’t happy, and the stock of the bank fell by $9 billion (five percent of its total value) the same day the error was revealed.[7] 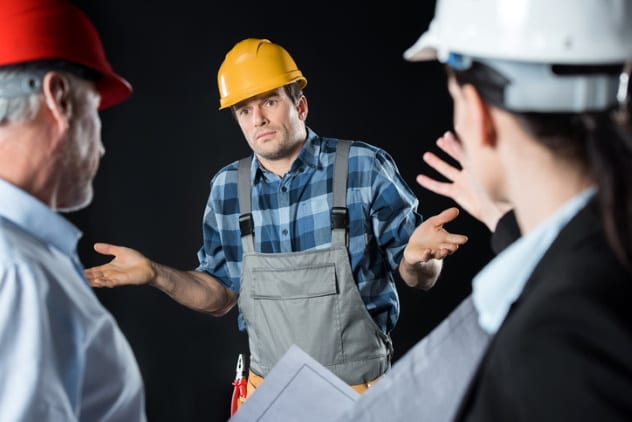 A while back, Germany and Switzerland agreed to build a bridge over the Rhine between their cities on either side, both named Laufenburg. As per the agreement, each country would start construction from their side of the river and meet in the middle. The bridge was nearing completion in 2003, when both nations realized that one half of the bridge was 54 centimeters (21 in) higher than the other.

The error came up because of how each country defined the term “sea level.” Most countries have different methods of determining the sea level, considering that it’s not the same everywhere. Germany uses the North Sea to define its sea level, while Switzerland prefers the Mediterranean sea.

There was a difference of 27 centimeters between the countries’ respective sea levels. Germany and Switzerland knew this and had factored it into their calculations. However, someone did so in such a way that the disparity was doubled, causing one side of the bridge to rise by 54 centimeters more than it should have.[8] 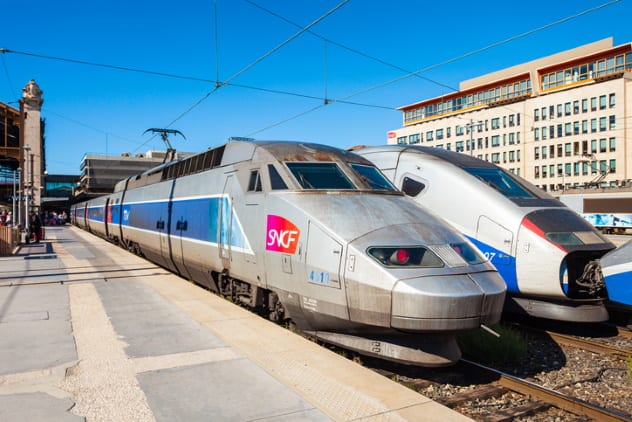 In 2014, Societe Nationale des Chemins de Fer francai (SNCF), France’s state railway operator, discovered its new high-speed trains were too wide for 1,300 stations across the country. The problem was that it had ordered 1,860 of the trains from Alstom of France and Bombardier of Canada. SNCF determined that it needed to reduce the width of the trains so that the stations could accommodate them. The error cost millions of euros.

The incident generated some displeasure in France; the transport minister referred to it as “comically tragic.” Canard Enchaine, a weekly satirical paper, made a cartoon in which commuters on a platform were told to “pull in their stomachs” as one of the new trains approached the station.

The mistake happened because French train stations vary in size. SNCF knew this and had requested the Reseau ferre de France (RFF), which was in charge of the tracks, to measure the space around the tracks. SNCF and RFF ended up with some problems after it was realized that RFF had skipped 1,300 older stations in its initial calculations. These stations were narrower than others. It was too late, as some trains had been delivered, and more were under construction.[9] 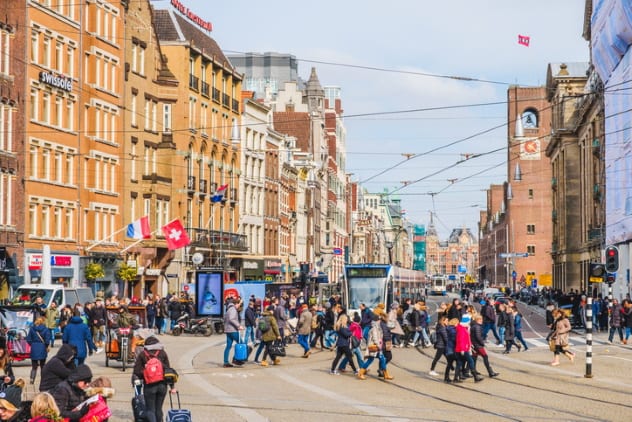 In December 2013, the finance office of the Amsterdam city council sent out €188 million to over 10,000 poor families living in the city. The city later discovered that it had made an error in the payments. It originally planned to send €1.8 million and not €188 million.

Luckily, the city had been able to recover all of the money except for €2.4 million at the time the error was revealed in the news. It was expected that the city would have a hard time recovering €1.2 million of that. That is a substantial amount, along with the €300,000 the city had already spent on rectifying the calamity.[10]