Since 1945, there has not been one military use of a nuclear weapon. For the most part, the concept of mutually assured destruction (MAD) kept the nuclear powers in check. However, that doesn’t mean that the world has been safe during this time. To the contrary, the age of the atom bomb has arguably been the most dangerous period in human history. The number of near misses since its invention is disquieting to put it mildly. The worst part is that many of these incidents were caused by minor mistakes or basic miscommunications, and any one of these examples could make the case for nuclear disarmament.

North Carolina narrowly avoided disaster on January 24th, 1961. A B-52 bomber carrying two Mark 39 nuclear bombs was flying over the state when it experienced a massive fuel leak in its right wing. This worsened to the point that the wing broke off and sent the aircraft plummeting to the ground. Only five of the eight-man crew were able to parachute to safety.

During this freefall, the two bombs were released. The arming sequence of one of the bombs was activated as it fell and was ready to detonate upon impact. The only reason it didn’t was because of a single low-voltage safety switch. Due to the mid-air accident, the other three remaining safety mechanisms had failed.

Eventually the bombs were recovered by the authorities. The device that was armed had its parachute deployed and subsequently got tangled in trees, preventing it from becoming buried in the soil. The other inactivated bomb slammed into the ground at roughly 700mph, imbedding itself deep into the earth. If one of these nuclear weapons had exploded, anything within an eight and a half mile radius would have been destroyed.[1]

9 One Vote Prevented A War

The Cuban Missile Crisis was one of the most nerve-wracking standoffs of the Cold War. America had responded with a naval blockade to the Soviet Union placing nuclear missiles in Cuba, and war seemed inevitable.

On October 27th 1962, when tensions were at their highest, US warships released depth charges in order to get a Soviet submarine to surface. The submarine was too deep to communicate with anyone above and believed that all-out war had begun. Two commanders ordered that a tactical nuclear torpedo be fired at the enemy fleet, which would have actually started a nuclear war. However, unanimous approval from all senior officers on board was needed and the remaining commander, Vasili Arkhipov, refused to authorise the launch.

Following this confrontation, the senior officers decided to surface. They were greeted by an American vessel and after negotiations, were allowed to leave. It was only 50 years later that it was revealed just how close the crisis came to Armageddon.[2] 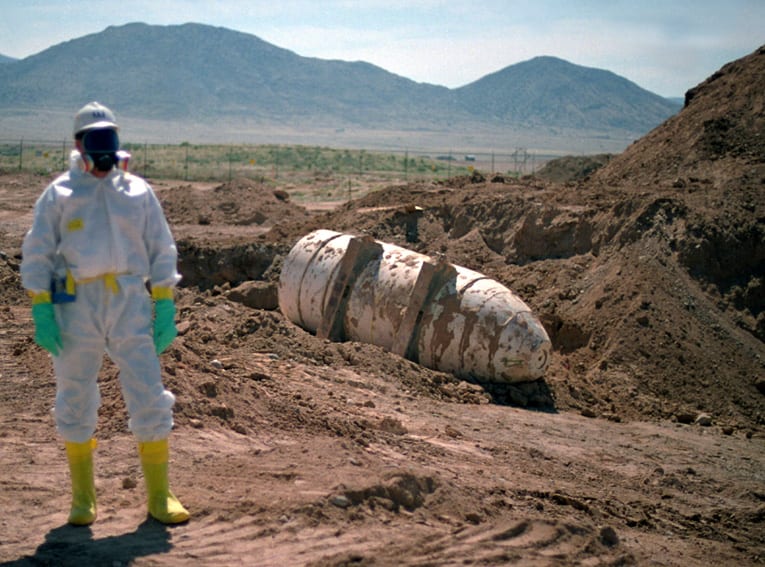 In the skies over Spain on January 17th 1966, a B-52 bomber was undertaking a regular mid-air refuel during its aerial patrol.

The two planes broke apart and debris was scattered across the Spanish coastline-including four Mark 28 hydrogen bombs. One of the devices landed in the sea with its parachute deployed. The three other bombs crash landed near the small town of Palomares. While there were no nuclear detonations, the standard explosives in two of the weapons went off, spreading plutonium particles across approximately 650 acres.

The US military had to remove 1,400 tons of topsoil that had been contaminated with radioactive dust and spent three months searching for the bomb that fell into the ocean.
The authorities tried to keep the media focused on the search for the missing bomb rather than the radiation that had spread across the countryside. In an attempt to reassure the public, U.S. Ambassador Angier Biddle Duke, invited the press to watch him go for a swim beside a Palomares beach.[3] 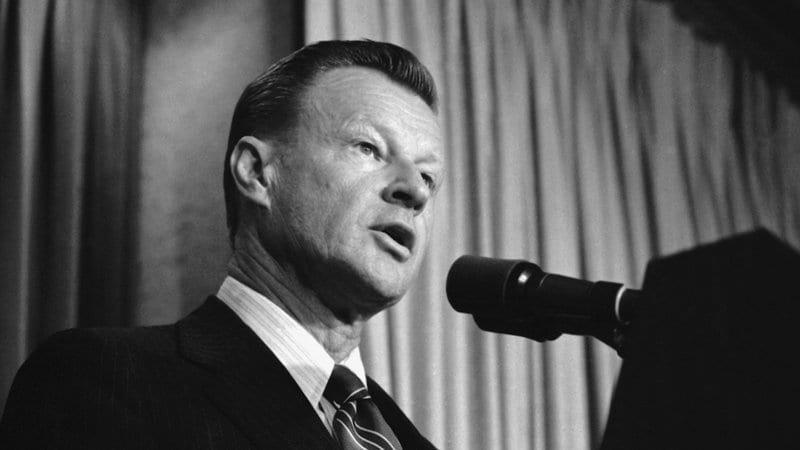 Zbigniew Brzezinski, the national security adviser of the Carter Administration and father of MSNBC’s “Morning Joe” host Mika Brzezinski, received a frantic phone call on the night of November 9th, 1979. He was told that the Soviet Union had launched 250 nuclear missiles at America. This warning was followed by another call informing him there was in fact 2,200 ICBMs on their way, more than enough to wipe out the Unites States and the world several times over.

Brzezinski was meant to contact President Carter and authorise a counterattack, but he held off as he wanted complete verification that they were really at war. Fortunately, a third call came through to tell Brzezinski that no other detection systems had picked up any incoming threats. It was a false alarm.

Later it was discovered that a training simulation had been accidentally uploaded into the NORAD computer system, causing military staff to believe the USSR was actually launching a full-scale nuclear attack. After this near miss became public, Soviet leader Leonid Brezhnev contacted President Carter and drily stated “I think you will agree with me that there should be no errors in such matters.”[4]

Even the most minor accidents can create the right conditions for catastrophe. This is what happened at a nuclear base in Damascus, Arkansas in September 1980.

Missile technician Dave Powell was doing routine maintenance on a nuclear missile when he accidentally dropped the socket from the socket-wrench he was using. It fell 20 metres and punctured the side of the weapon causing pressurised rocket fuel to seep out. This build up of highly flammable gas led to an explosion that physically ejected the warhead out of the silo and into a nearby field.

While total disaster was narrowly avoided, one man unfortunately died in the blast. Alongside the initial mistake that caused the leak, it was reported afterwards that senior staff made poor decisions that led to the situation getting worse.

Moreover, journalist Eric Schlosser, who wrote a book detailing this incident, said that the problem went further than individual human error. Rather, the larger system was at fault and the reckless culture of the Air Force had created an environment where accidents were likelier to happen.[5] 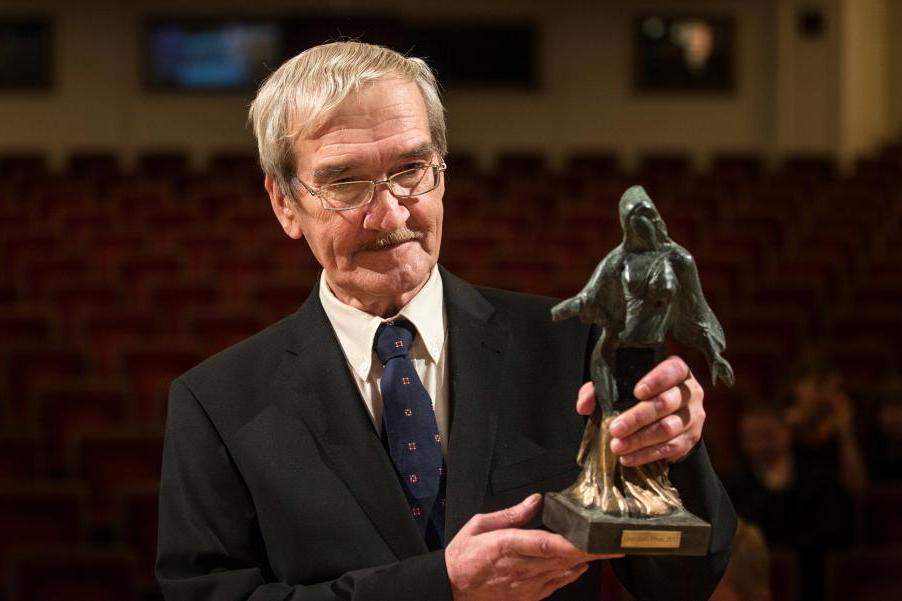 Most people have likely never heard of Stanislav Petrov but this man prevented a full scale nuclear war.

On September 26th 1983, Lieutenant Colonel Petrov was alerted by an early warning system that five nuclear missiles had been launched at the Soviet Union by the United States. Petrov’s next required course of action was to immediately raise the alarm to his superiors who would have almost certainly ordered for Soviet ICBMs to be launched in retaliation.

Moreover, at that time relations between the two superpowers were strained so it was not unreasonable for Petrov to assume that the USSR really was being fired upon. However, the fact that the system was only registering a small number of warheads made him hesitant. He reasoned that if America was really attacking, they would fire all of their missiles, not just five.

Based on this uncertainty, Petrov decided not to report the warning alarm, believing it to be an error in the detection system. Thankfully, his judgement was proven right, the system had indeed made a mistake. The gut instincts of one man saved billions of lives.[6] 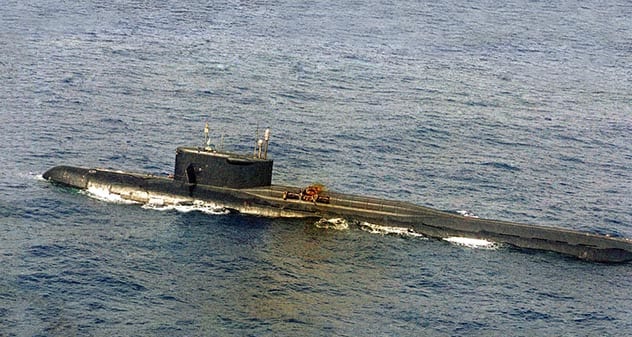 In 1986, the USSR was still dealing figuratively and literally with the fallout from the Chernobyl disaster. That same year there was another nuclear incident, this time with a Soviet submarine in Bermuda.

On October 3rd, a missile tube exploded in a K-219 vessel after one of the rockets had a fuel leak. This caused a missile with warheads attached to be pushed into the ocean. The crew was able to put out the fire and shut down the reactor, but the submarine was badly damaged. A Soviet commercial freighter was deployed to tow it back to base, but this salvage mission failed, and the order was given to abandon ship. The vessel sank to the ocean floor, roughly 18 thousand feet, with 16 nuclear armed missiles onboard.

Five crewmen died in the accident and the Soviet leadership opened an investigation, going as far as to accuse the crew members of sabotage. Nothing came of these suspicions and the case was dropped the following year.

Additionally, the Soviets were much more open about this incident and willing to accept help from the Americans as they had learned hard lessons from the mistakes of Chernobyl.[7] 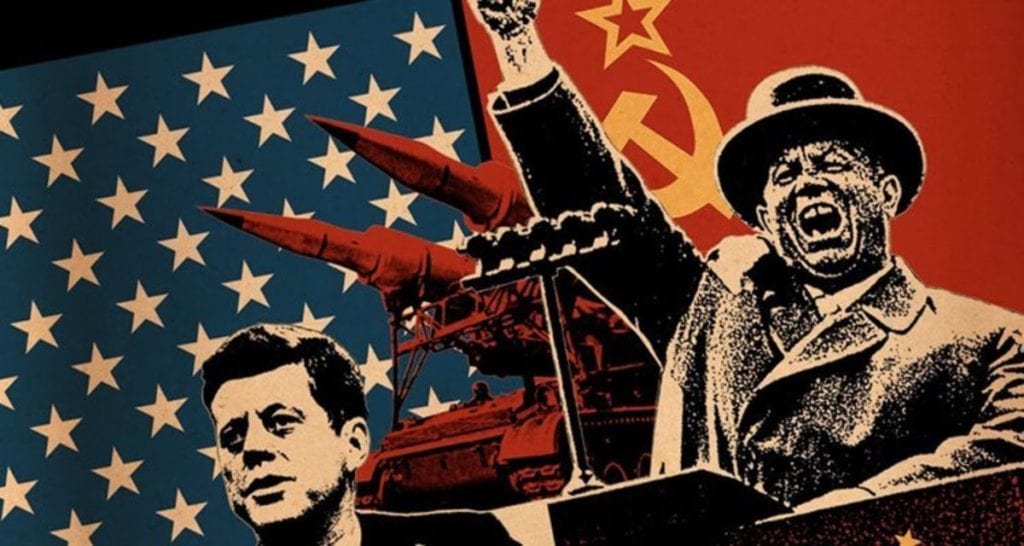 After the collapse of the Soviet Union in 1991, the world breathed a sigh of relief as the threat of nuclear conflict seemed to disappear. However, this sense of security was badly rattled in January 1995.

When Norwegian scientists launched a rocket carrying a weather satellite, they didn’t realise that it would appear on the radar of a Russian military facility. The radar signal from the rocket was identical to that of a US nuclear missile and prompted the officers to alert their superiors that the Americans were carrying out a nuclear first strike.

President Boris Yelstin was informed and handed the dreaded ‘nuclear briefcase’. This device allowed him to communicate with his military commanders and ultimately decide if they should fire their own missiles. It’s reported Yelstin was sceptical of the alarm as he believed the US wouldn’t start a war out of the blue. After waiting 20 very long minutes, the radar operators saw that the suspected missile was travelling out towards the ocean and wasn’t a threat.

Between the initial alarm and the all-clear, Russian nuclear submarines were put on full combat alert and were one order away from launching their arsenals.[8] 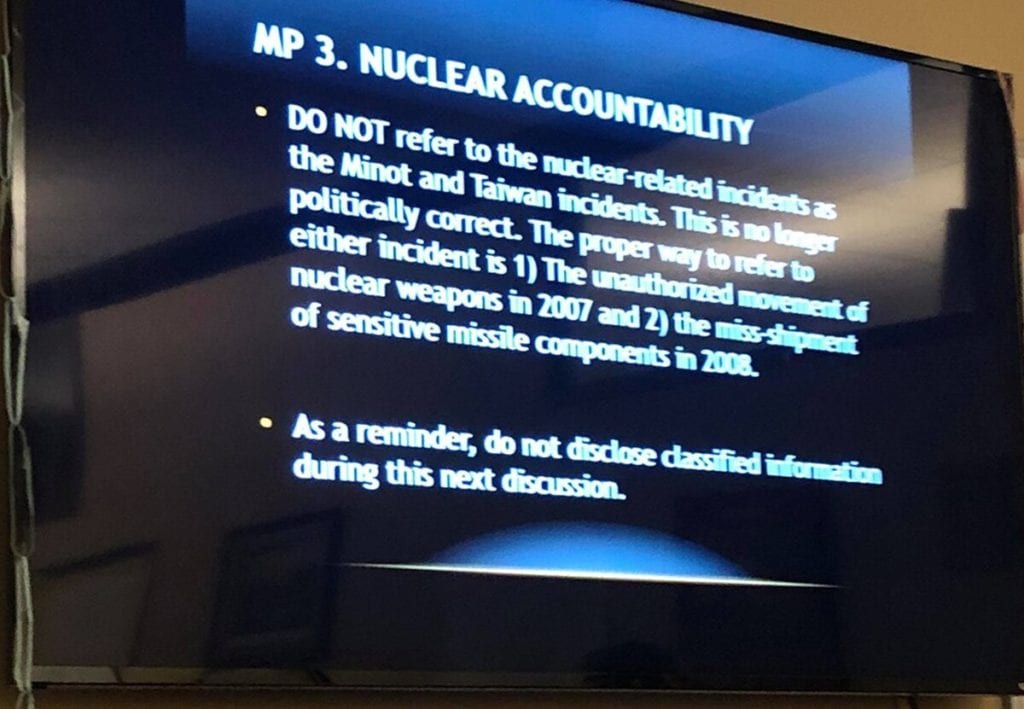 In August 2007, at an Air Force base in North Dakota, six nuclear armed cruise missiles were removed from their bunker, fitted to a B-52 bomber and flown to a base in Louisiana. This had not been authorized and was a massive breach of strict security procedures. At multiple points in this journey there were opportunities to catch the error, but no one noticed. The result was six nuclear weapons went missing for 36 hours. Worse still, these six warheads were left unguarded for several hours on the runway at the Louisiana facility.

This caused a scandal in the national press and led to claims that the US military was becoming distracted from one of its most important duties; securing nuclear bombs.

Severe disciplinary action took place after the incident. In total, 65 Air Force staff were stripped of their clearance to handle nuclear weapons and three colonels and a lieutenant colonel were dismissed. Additionally, the Chief of Staff of the Air Force General and the Secretary of the Air Force were forced to resign. A later report concluded that this mistaken transfer was due to a “breakdown in training, discipline, supervision, and leadership.”[9] 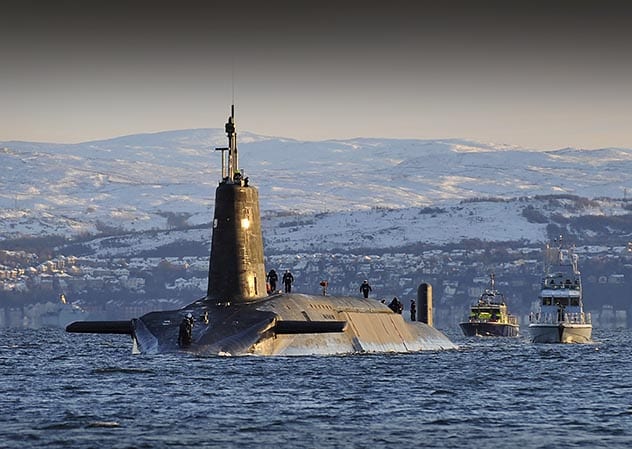 The idea of a collision between submarines beneath the ocean is almost comical. Yet these vessels are actually very difficult to detect even with advanced technologies.

This was the case in early 2009 when two nuclear submarines, the French ‘Le Triomphant’ and British ‘Vanguard’, crashed into each other in the depths of the Atlantic Ocean. Each vessel was carrying nuclear warheads. Thankfully, both submarines were travelling at low speed, so the impact didn’t cause enough damage to cripple the ships. Additionally, there were no serious injuries reported on either crew.

Both defence ministries reassured the public that there was no chance of the warheads accidentally being detonated. Still, the idea of armed nuclear weapons lying in the middle of the ocean unclaimed and unmonitored is cause for concern. Moreover, the real risk that was pointed out was the nuclear engines of the submarines. If there had been enough damage to pierce through the containment barriers, then radiation could have leaked out from the reactors. This would have obviously harmed the crew but also would have caused further ecological damage as it spread throughout the ocean.[10]