We rely on police officers to protect us and uphold the law. So, you would expect them to lead by example. Unfortunately, that’s not always the case. In fact, you might be surprised at just how often the cops end up in the slammer alongside the criminals they arrest every day.

In 2017, a former grad student (who was also an ex-cop) revealed the findings of his analysis of a police crime database. From 2005 through 2012, approximately 1,000 US police offers were arrested each year for crimes. About half of those transgressions were violent.

According to an article in The Atlantic in 2014, as many as 40 percent of police families experience domestic abuse problems, which is four times higher than in the general population.

So, who are some of these crooked cops and what exactly did they do? That’s what we’ll dive into on this list.

Jeffery Wharton, a 31-year-old senior officer from Rio Rancho, New Mexico, was arrested in early 2020. The video above shows him getting cuffed while he was on duty. According to the news report, there were complaints filed against him for severely beating his girlfriend. She had gashes on her face and head and had to be sent to the emergency room.

There was also footage from a Ring camera that showed Wharton with his girlfriend in a choke hold. In the video above, the arresting officers are seen cutting Wharton’s police uniform off him while he was handcuffed. He declined to give his account of what had happened.[1]

Wharton was booked at Sandoval County Detention Center. The judge has decided to keep him detained until his trial. His attorney is trying to get him released due to coronavirus concerns. 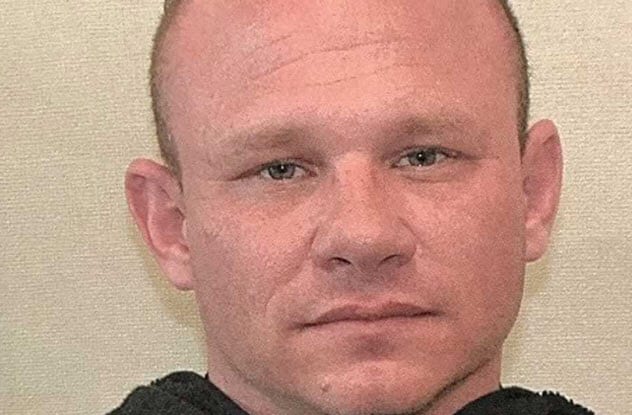 Forty-nine-year-old Paterson, New Jersey, Police Sergeant Michael Cheff was arrested by the FBI for filing false records and conducting illegal searches on suspected drug dealers. He is just one of several officers arrested in connection with the same scandal.

In 2017, a complaint alleged that police had illegally pulled over a driver suspected of drug violations and robbed him. Then, after arresting the suspect, the officers drove to his home. They found more money and drugs.

Allegedly, Cheff and the other cops split some of the money, only reporting a fraction of the amount that they actually found. As of early 2020, Cheff was suspended with pay from his job. His trial is expected to start in September 2020.[2] 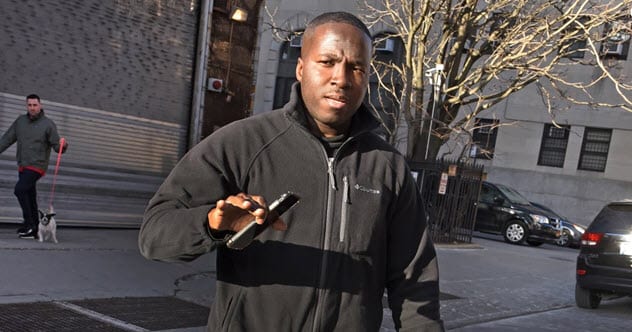 Ronald Vincent was arrested while off duty in December 2019 for allegedly assaulting his girlfriend at a thrift store in Bushwick, New York. Supposedly, the 38-year-old veteran officer was seen with his hands around the victim’s neck, choking her, apparently over an argument about money.

Employees at the store said that they witnessed everything, that the victim was coughing and wheezing, and that there were marks on her neck. According to these witnesses, this wasn’t the first fight between the couple at that store. The woman had been a regular at the store for about a decade.

Vincent, who has worked for the NYPD since 2006, was suspended from the police department without pay.[3] 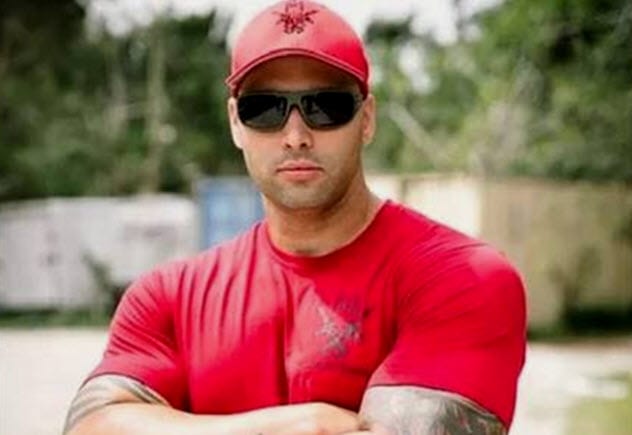 In December 2019, Sergeant Jesus Menocal Jr. was arrested by FBI agents at the Hialeah Police Department over allegations from four girls and women that he had sexually abused them. He was charged with illegally detaining two women, one of them a minor, and pressuring them for sex while on duty as a police officer. He was also accused of threatening them with his gun.

A few years earlier, prosecutors had declined to file any charges against Menocal Jr. for these alleged crimes.

As of the time of the report, the fired former police officer faced sentencing of up to life in prison and was out on a $250,000 bond, which had been cosigned by his wife and his father (a former chief of police). In early 2020, another woman accused Menocal Jr. of sexual assault. The FBI is taking the lead on this new investigation.[4] 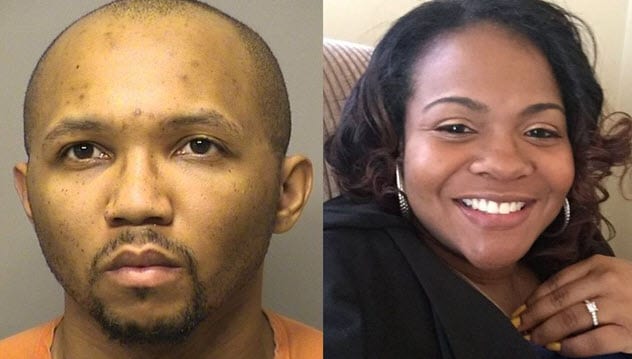 In December 2015, Kevin Campbell was arrested by Portage police and charged with killing 30-year-old Tiara Thomas, the mother of his three kids. Campbell was a former Gary and Hammond police officer who was 31 years old at the time of his arrest.

Tiara’s fiance had found her covered in blood at her apartment in the early morning of November 18, 2015. She was taken to a hospital in Gary where she was pronounced dead from gunshot wounds. According to statements, Campbell and Tiara had been arguing over money and child support.

A filed affidavit alleged that Campbell shot Tiara early that morning and then drove their three kids to school. (The children had stayed overnight with Campbell at his home.)

Although he denied leaving his home before taking the children to school, Campbell was busted by his own home surveillance system. It showed that his front door had been opened before the time of the murder. He had also asked to keep the children at his house the previous night which was said to be unusual.

Campbell was immediately put on leave after Portage police notified Hammond police that he was under investigation for homicide. Campbell was subsequently fired.

In early 2018, Campbell was found guilty of murdering Tiara Thomas. He was sentenced to 55 years in prison. In late 2018, the Indiana Appellate Court upheld the conviction.[5]

In 2018, Orange City police officer Joshua David Fancher, then 25, was arrested on a felony warrant for allegedly sending threatening messages to obtain nude photos from a woman living in Georgia. She reported receiving multiple anonymous messages from a person who tried to extort the nude photos from her.[6]

According to the sheriff’s office, the onslaught of messages started on Instagram and included threats to kill the Georgia woman and her family if she didn’t send the pictures. After he was charged, Fancher quit his job at the police department and was taken to jail. We were unable to find any updated information about the case. 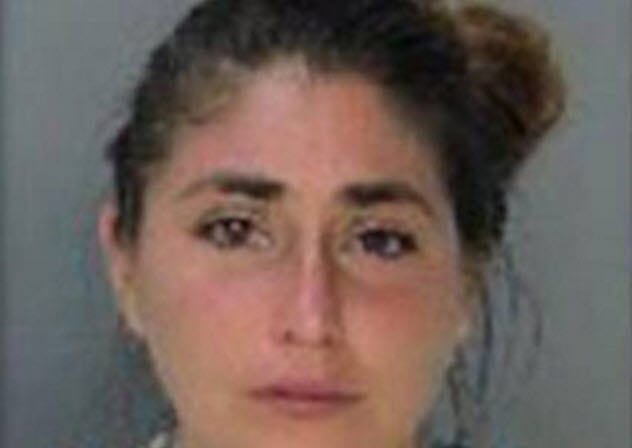 Although the majority of crooked cops are men, you do have the occasional female offender. In 2018, Ambar Pacheco, then 26, was a North Miami Beach cop. She was arrested for allegedly fighting with a pregnant woman and kicking her in the stomach. Pacheco said the ex-cop boyfriend of the pregnant woman had kicked Pacheco’s sister in the face.

According to the police report, Evoni Murray, the 27-year-old victim, said that Pacheco struck her in the stomach in Miami Beach. At the time, Murray was eight months pregnant. She was transported to a hospital where she gave birth that night. Luckily, the newborn boy seemed to be healthy.

Pacheco’s run as a police officer was short-lived as she hadn’t even been on the job for a full year before the incident happened. She was fired immediately.[7] 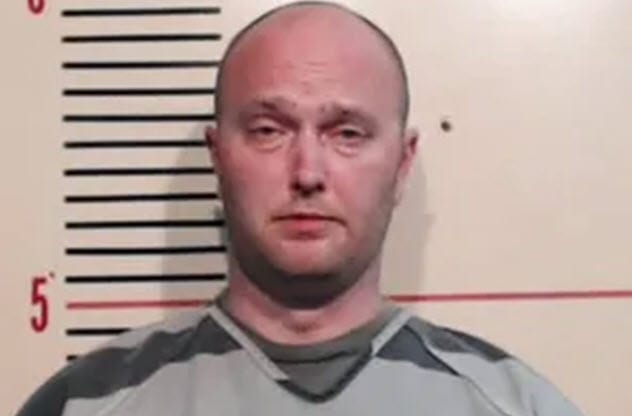 In 2017, Roy Oliver, a white Dallas area cop, was arrested on charges connecting him to the shooting of Jordan Edwards, a 15-year-old black child. Oliver was accused of firing his gun into a car full of teenagers as they were leaving a house party in Balch Springs.

Bullets shattered the front passenger side window, killing Edwards. Oliver’s arrest warrant was based on evidence suggesting that he had “intended to cause bodily injury.”

Edwards was a popular student and a football player at Mesquite High School. According to a statement from the Mesquite Independent School District, “He was a good student who was very well-liked by his teachers, coaches, and his fellow students.”

Officials at Balch Springs first said that Oliver had fired his gun when the vehicle was moving toward him. But after seeing Oliver’s body cam footage, they changed the story. Oliver was fired for violating departmental policies. 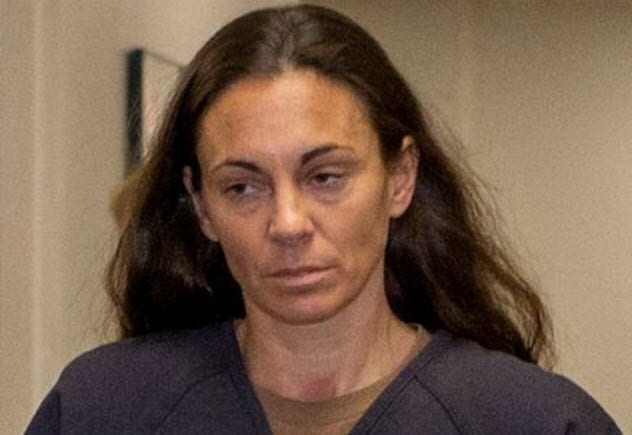 In mid-2019, Valerie Cincinelli, then a 34-year-old NYPD cop, was arrested for conspiracy to commit murder. Allegedly, she had asked her boyfriend to hire an assassin to kill his own minor daughter as well as Cincinelli’s estranged husband, Isaiah Carvalho.

According to a spokesperson for the NYPD, Cincinelli was suspended without pay after being arrested by the FBI and the NYPD Internal Affairs unit. Her boyfriend cooperated with investigators and was not charged with any crimes.

According to a complaint filed with the court, Cincinelli asked her boyfriend to hire a hit man to kill his daughter and Cincinelli’s estranged spouse. The boyfriend said that he “knew someone who would do it for $7,000.”[9]

Allegedly, Cincinelli withdrew the needed amount of cash and exchanged it for gold coins. There were also reports of her discussing the details of the murder, establishing alibis, and more.

In early 2020, a federal judge delayed the start of Cincinelli’s trial to give the defendant’s attorney time to review new material. 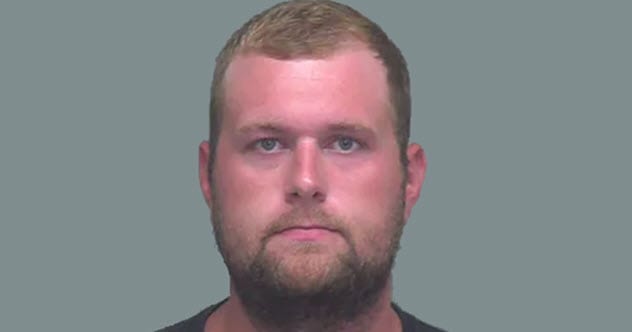 In 2019, Zach Wester, a former Florida deputy, was arrested on multiple charges that he planted drugs on innocent motorists before throwing them in jail. The full list of charges against him includes possession of a controlled substance, official misconduct, racketeering, false imprisonment, fabricating evidence, perjury, and possession of drug paraphernalia.

According to the Florida Department of Law Enforcement, the investigation uncovered that Wester regularly pulled over unsuspecting citizens for minor traffic infractions. Allegedly, he planted drugs in their vehicles before arresting them on false charges. Wester was also alleged to have tampered with his body camera recordings.[10]

The allegations caused prosecutors to review around 300 of Wester’s cases. They ended up dropping charges in almost 120 of them. Over a dozen people have also taken legal action against Wester. After his arrest, he was taken to the Wakulla County Jail and held without bail.