There have been 523 people on the FBI’s Most Wanted list since its creation on March 14, 1950. It was under Director J. Edgar Hoover when the FBI decided to log its most wanted fugitives after an article by William Kinsey Hutchinson about the FBI’s toughest people become popular and decades later the FBI’s Most Wanted still fascinates the public. 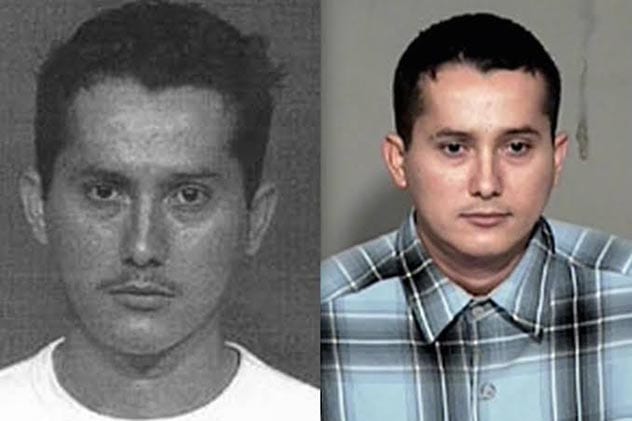 Alexis Flores is currently on the FBI’s most wanted list because in 2000 he kidnapped, raped and strangled to death a 5 year old girl named Iriana DeJesus. Alexis was living as a homeless drifter at the time so it wasn’t a problem for him to just disappear. In 2004 Alexis was living under a false name and when the police received a noise complaint he gave them false papers that got him arrested for forgery. He was imprisoned for 60 days and deported to Honduras. Not until 2007 after a positive DNA match did police final realize that Alexis and the man calling himself Carlos were one and the same. He dropped off the face of the planet after his deportation even having his name on America’s Most Wanted didn’t seem to help.

He currently has a warrant out for his arrest. The reward for tips leading to his capture is $100,000.[1] 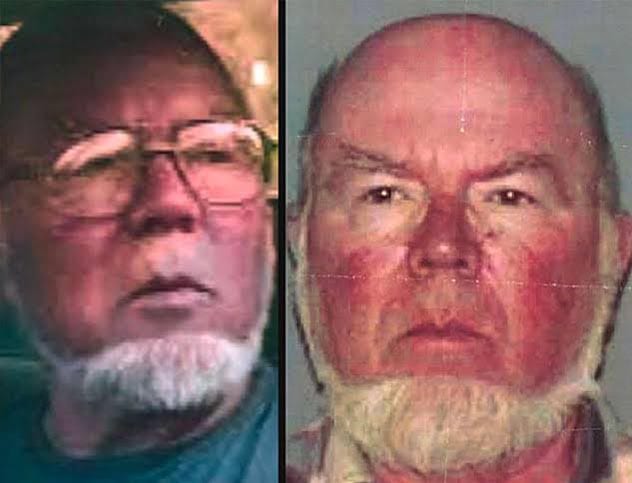 Eugene Palmer is currently on the FBI’s Most Wanted list for allegedly shooting his daughter in law to death. Eugene’s daughter in law Tammy was going through a messy separation with his son John. John and Tammy had multiple heated confrontations that lead to her filing a restraining order against him. This infuriated Eugene. Tammy and her (and John’s) children were also living on Eugene’s land. This also led to many angry fights between Eugene and Tammy. One September morning Tammy walked her children to the school bus, as she walked back home Eugene shot her once in the arm and then in the chest. He fled the scene and has never been seen since. His car was found abandoned at a state park. Police searched the area with dogs but they eventually lost the scent. Eugene Palmer’s family seemed to believe that he died in the park but police don’t agree. Eugene was an experienced outdoorsman so it is possible that he is still living in the park to this day or has escaped to some other location.[2] 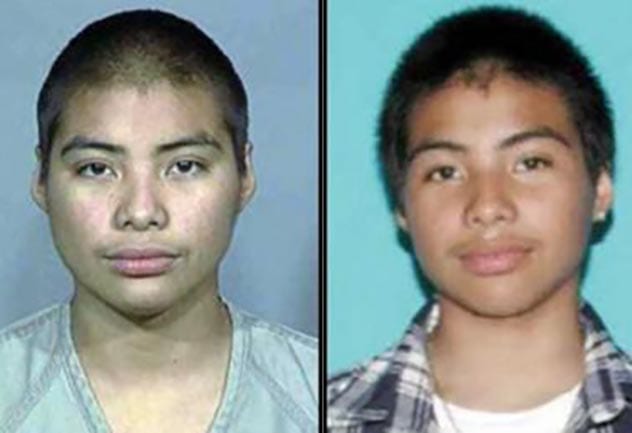 Santiago Villalba Mederos was a member of a gang and was added to the FBI’s Most Wanted list in 2017 for the murder of two people, Camille Love and Saul Lucas-Alfonso and the wounding of another man. None of the victims actually had gang ties; Camille Love was an aspiring veterinary technician. She was walking with her brother who was wearing a red jacket and driving in a red car, which was the color of their rival gang and they opened fire; killing Camille and wounding her brother. Saul Lucas-Alfonso was killed because Santiago thought he owed the gang money. Just innocent people at the wrong place and time.

It’s been years since the murders took place and it is believed that Santiago fled to Mexico but it is possible that he is still in the U.S. He is of course considered armed and dangerous. He has quite distinctive tattoos, the letter “S” on his left shoulder and the letter “E” on his right shoulder. The reward for information leading to his arrest is $100,000.[3] 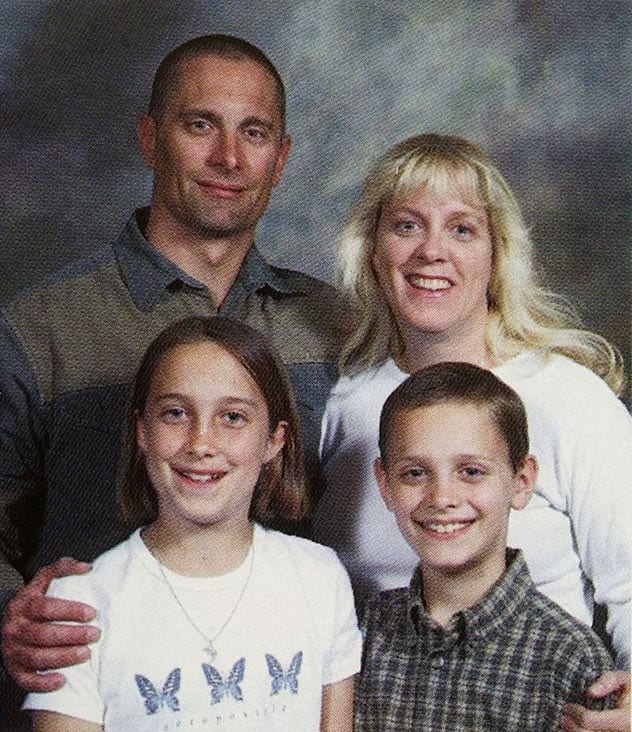 Robert William Fisher has been on the FBI’s Most Wanted list since 2002. On April 10th, 2001 police discovered the Fisher family’s burned down home and quickly found evidence of murder. Mary Fisher had her throat slashed and had been shot in the back of her head. Her two children, Brittney and Bobby, also had their throats cut. The bodies were so badly burned they were almost unrecognizable. The patriarch of the family Robert William Fisher was nowhere to be found. When the house was examined the police found evidence of arson. People knew Robert to be aggressive and controlling and it was thought that Mary was going to divorce him. People heard the couple arguing the night of the murders. It’s been over a decade and a half and Robert William Fisher has never been found. His car was discovered outside a pine forest and since he was an outdoorsman he could still be living out in the woods. If Robert Fisher is still alive he’d be in his mid-50s.[4] 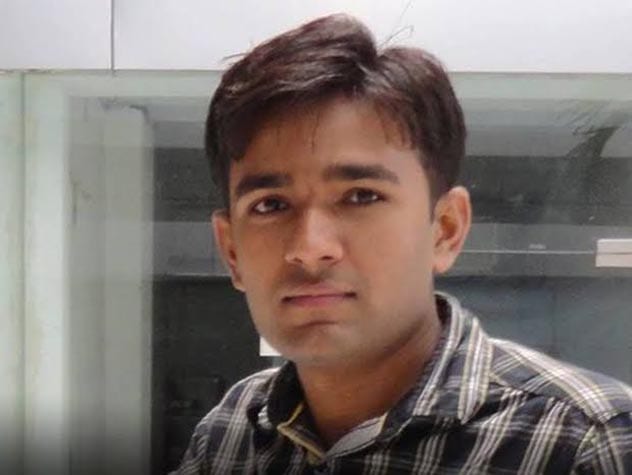 Bhadreshkumar Chetanbhai Patel is an Indian fugitive wanted in the United States for the murder of his wife Palak Patel in a Dunkin’ Donuts on April 12, 2015. He was added to the FBI’s Most Wanted list two years later on April 18, 2017. He was the 514th fugitive to be placed on the FBI’s Ten Most Wanted list. It is believed that the couple had an argument. Police think that Patel wanted to stay in the U.S. but Palak wanted to return to India. He stabbed her to death with a large knife. She was only 21 years old. The couple going into the Dunkin’ Donuts to work and Patel leaving by himself was all caught on security cameras. Palak’s body was found a few hours later.

Bhadreshkumar Chetanbhai Patel was last seen taking a train in New Jersey. It is believed that he has either fled the country or that he’s hiding with relatives; although it would be hard to flee the country with a warrant out for his arrest.[5] 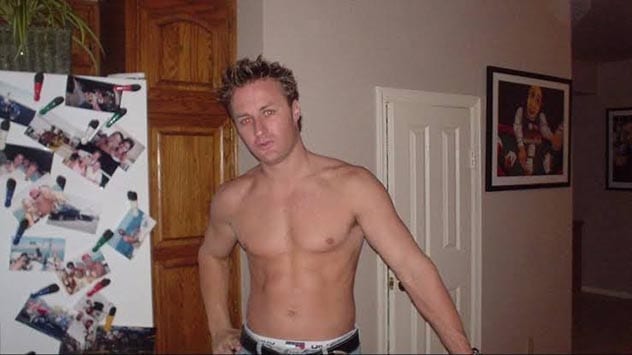 Jason Derek Brown is wanted by the police for first degree murder and armed robbery. He was added to the FBI’s Most Wanted list on December 8, 2007, 3 years after the crime was committed. He was the 489th fugitive to be placed on the list. He killed Robert Keith Palomares an armored truck guard. On November 29, 2004 Jason Brown ambushed Robert Palomares while he was working, shot him six times, and stole a bag of money containing $56,000 in cash before fleeing the scene on a bike. The bike had been recovered and had Jason Brown’s prints on it.

He fled from Arizona to Nevada where he had a car in storage then traveled to California where he has family. FBI agents with an arrest warrant missed him by 2 hours. There has been no shortage of leads on Jason Brown, but none have led anywhere. The reward for tips leading to his capture is $200,000.[6] 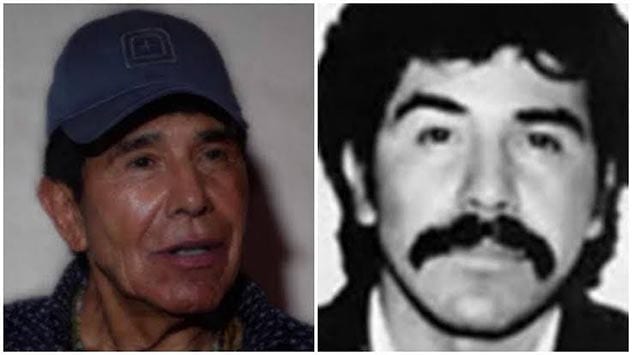 Rafael Caro-Quintero was a massive cartel kingpin. He is also believed to be responsible for the kidnapping and murder of a DEA agent named Enrique “Kiki” Camarena on Feb. 7, 1985.He also allegedly killed Camarena’s pilot Alfredo Zavala Avelar, the American writer John Clay Walker, and dentistry student Alberto Radelat. Walker and Radelat were most likely mistaken for U.S. drug agents and that was the reason behind their killings. Rafael was arrested by Mexican police, was sentenced to 40 years and imprisoned for only 28 years before being released in 2013 much to the fury of the DEA. A warrant for his arrest was issued by the U.S. government but Quintero disappeared and has been a fugitive ever since.

The reward for tips leading to the arrest of Rafael Caro-Quintero is $20 million. By all accounts he is still living in Mexico.[7] 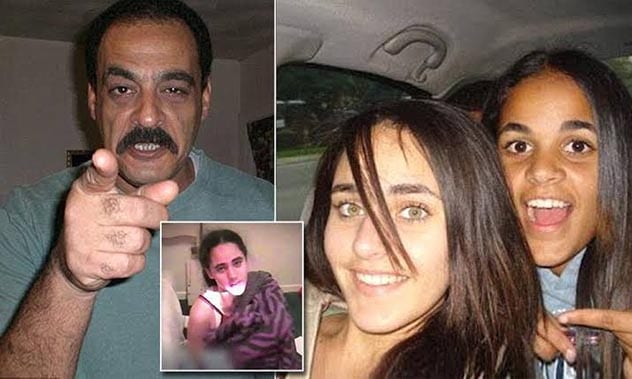 Yaser Abdel Said had two daughters, Amina and Sarah whom he frequently abused. Yaser frequently threatened his daughter’s lives and they lived in fear of him. After his daughter Amina refused an arranged marriage with an older man Yaser was enraged. Amina had a boyfriend and they were planning on running away together. On New Year’s Day in 2008 Yaser lured his daughters into his cab by telling them he was taking them out to lunch. He shot both of them in the back of his cab. Amina died instantly but Sarah lived long enough to call the police, before she died. On the 911 call she can be heard screaming: “Help, help! My dad shot me, my sister, I’m dying, I’m dying!”

Yaser was put on the FBI’s Most Wanted list on December 4, 2014 and the reward for tips leading to his arrest is $100,000. There is no evidence to suggest he left the United States. He has a scar on his left eyebrow and birthmarks on both sides of his neck.[8] 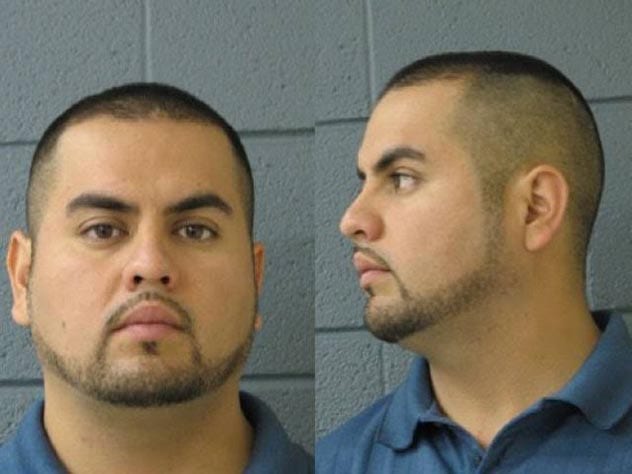 Arnoldo Jimenez was put on the FBI’s Most Wanted list on May 8, 2019. He was the 522nd fugitive to be placed on the list. He is wanted for the 2012 murder of his wife Estrella Carrera just hours after they were married. It is believed that the couple got into an argument on the way home from the wedding when Arnoldo stabbed Estrella several times, dragged her body to the bathtub in her apartment and then left her there. When Estrella didn’t pick up her children her family called the police, she was found dead and Arnoldo was nowhere to be found. There were no signs of forced entry.

When Arnoldo’s brother had his home raided by police they found Arnoldo’s car with blood on the seats. Officials believe that Arnoldo’s brother brought him to Mexico. Arnoldo Jimenez is now 37 years old and is described as being 6 feet tall and between 200 and 225 pounds.[9] 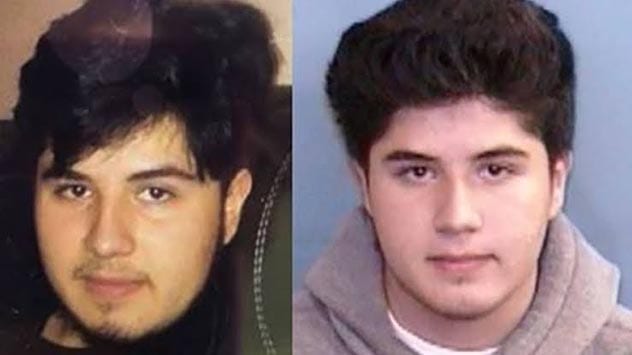 Alejandro Rosales Castillo is wanted for the coldblooded murder of Tru Guan Lee back in August 2016. Castillo and Lee used to date but before they broke up Castillo had borrowed money from Lee. Later Castillo met up with Lee post break up under the pretense of returning her money. It seems that instead he held Lee up at gun point, drained her accounts of money, and drove her to the woods before shooting her in the back of the head, then abandoning her body in a ravine. Castillo and his then girlfriend Ahmia Feaster fled North Carolina for Mexico in Lee’s car. Feaster later returned to the U.S. and turned herself in. She was arrested and charged as an accessory.

Alejandro Rosales Castillo is most likely still in Mexico but he could also be in El Salvador. Castillo is 5’6” and around 180 to 190 pounds. He was added to the FBI Ten Most Wanted Fugitives list on October 24, 2017 and was the 516th fugitive to be placed on the list.[10]

For more lists like this, check out Top 10 Signs That The FBI Is Corrupt, and Top 10 FBI Fails.

Top 10 Deadliest Cities In The USA