Humans have been killing each other in droves since the dawn of times. Wars, massacres, genocides and holocausts are depressingly common occurrences in the history of mankind, as many lists on this site can attest. But there were also many times in history when animals were massacred in large numbers — cats, dogs and other animals that men had under their power, for reasons other than eating (i.e. for superstitious, religious, economic or political motives, or for mere entertainment). Here are some of the most curious and terrifying instances. [WARNING: disturbing content] 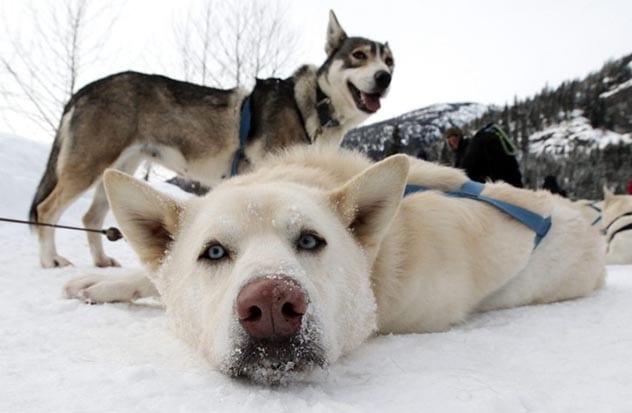 After the end of the 2010 Winter Olympics in Vancouver, the number of tourists who wanted to take a ride in sleds pushed by dogs diminished considerably. The sled dog tour industry went into crisis, and some companies were not able to continue into business if they did not cut costs – which really meant reducing the numbers of dogs they maintained. One of the companies forced to cut costs was called Howling Dog Tours. It was aptly named, for the dogs howled in desperation as they were chased and shot execution-style, or had their throats slit by the manager and owner of the company, who could not afford to maintain a large number of dogs, at the time more than 300.

Dozens of dogs were killed by him in one single terrible night. The curious thing is that the affair was only discovered because the manager himself filed a claim with the provincial worker’s board asking for compensation for having suffered from Post-Traumatic Stress Disorder after the killings (he got it, too). Later, mass graves containing the remains of 56 dead dogs were found, although in the claim the number of victims mentioned goes over a 100. The case drew international outrage, and the only positive outcome was that it triggered a task force that toughened provincial animal cruelty laws.[1] 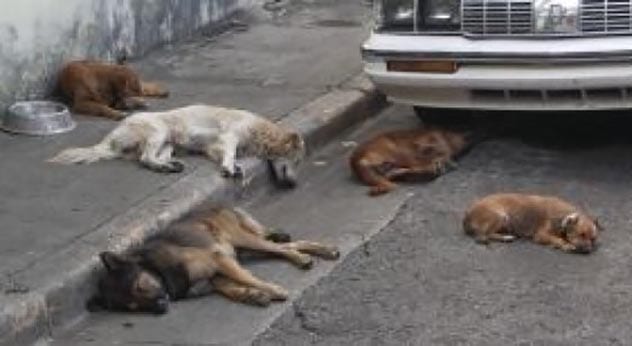 In 2007 in Puerto Rico, a company called Animal Control Solutions was hired by the local government to help control the number of stray dogs and cats. Unfortunately, their “solution” involved throwing the live animals from a bridge. Worse, most of them were not even stray dogs or cats, but pets with regular owners, although most were persons who lived in projects in a poor part of the city. As the residents woke up, they found their beloved pets dead or, if they were lucky and survived, with broken bones near the bridge. After the event, thousands of Puerto Ricans took to the streets to protest, and eventually those responsible for the company were tried for animal abuse, something rare in the country. However, they were found not guilty and soon released.[2] 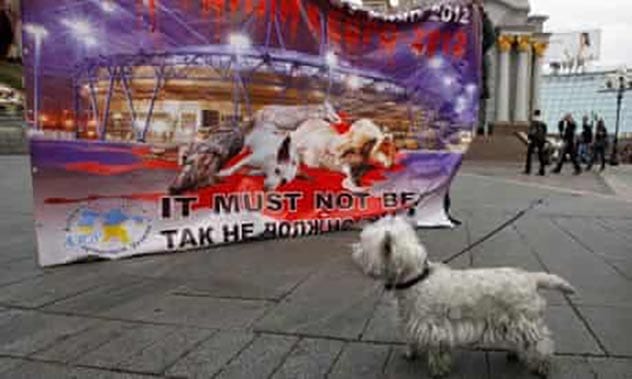 Many animal rights associations denounced a supposed killing of stray dogs led by the Ukrainian government during the build-up for the Euro 2012 soccer championship. As many other more impoverished countries in Eastern Europe, Ukraine has lots of roaming street dogs, and that, authorities feared, reflected negatively on how visitors would perceive the country. So they hatched up a plan to clear that bad image, and clear the streets of cats and dogs. However the plan did not work, for then they got the reputation of puppy-killers. While exact numbers are hard to find, some say that at least 9,000 animals were killed in three different cities. A few photos showing the carcasses of dead animals became viral and, bowing to international pressure, the Ukrainian government announced a six-month ban on the killings and ordered the local municipalities to build more animal shelters for the stray dogs instead of culling them. However, it is not clear if the measures were followed the local authorities or if it was just a way for the government to save face.[3] 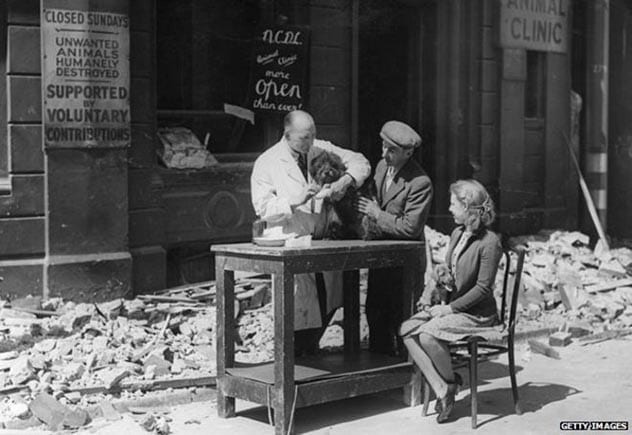 An almost untold story of the Second World War is how after the panic of the oncoming war set in, the British government mounted a huge campaign to counsel citizens to get rid of their beloved pets in order to avoid their death or suffering during the bombings. As many as 750,000 pets were put down in just one week in 1939. While their deaths were humane, some argue that they were not necessary at all and merely represented a symptom of war hysteria.

More than the bombings, the main threat for pets was the lack of food, since there were no rations for animals and food was scarcer during wartime. However, many pets were not abandoned by their owners and were able to make it, and sanctuaries established for dogs and cats functioned during the war and saved the lives of hundreds of thousands of animals.[4] 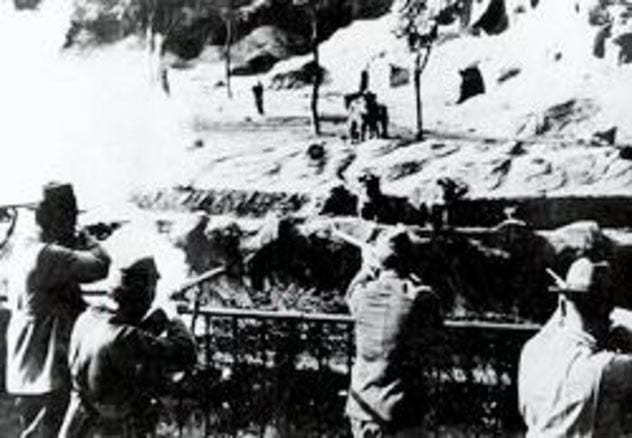 The following is also a story of preventive killing of animals during wartime, only it does not involve cats and dogs but the animals kept in a Zoo. The Japanese government believed that the animals could escape during the bombings and become dangerous, so they devised a plan to destroy them before that could happen.

It was a heartbreaking event, not so much because of the number of animals killed, between 25 and 50, but because of the way in which they died: the larger animals, including three elephants and two hippos, were simply starved to death. It took weeks for the elephants to die. Other animals such as tigers and panthers were poisoned. The event was also used as war propaganda, to prepare the population for the reality of the oncoming air attacks. The animals were described as “martyrs” that were dying for their country, even though they did not freely chose that fate.[5] 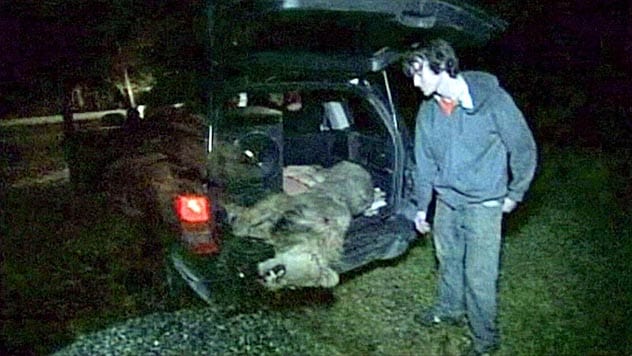 In 2011, a Vietnam veteran who was heavily in debt, had been abandoned by his wife and was suffering from post-traumatic stress disorder, decided to end his misery. Before shooting himself in the head, however, he opened the gates to liberate all the 56 exotic animals that he kept in his private farm, including bears, lions, leopards monkeys, wolves and 18 Bengali tigers – a species in grave danger of extinction.

The idea of lions, wolves and tigers roaming free among the local human population did not make anyone feel very secure, and soon the police was called to intervene. They attempted at first to shoot a tiger with tranquilizers, but that only made him more enraged, so they decided to shoot to kill. In the final count, 48 of the 56 animals ended up dead, including the 18 beautiful tigers. One monkey was still seemingly at large for weeks after the event, but the police called off the search believing it was probably eaten by one of the felines after the liberation.[6] 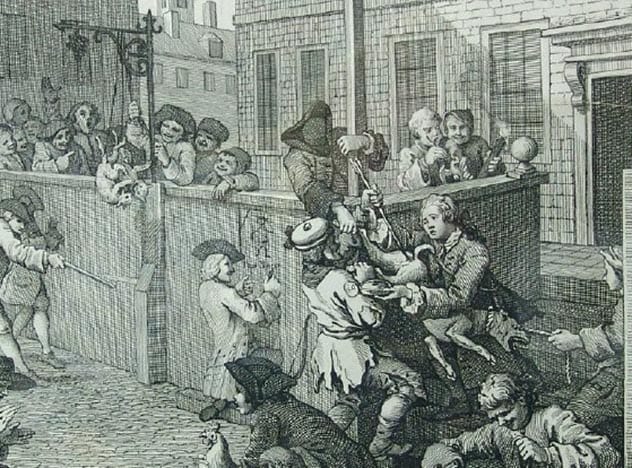 In 1730 in Paris, a group of printing apprentices, as a revenge for what they believed were bad working conditions, tortured and killed all the cats that they could find, including the beloved pet of their master’s wife. This true story is based in the diaries of a printing apprentice, who together with an accomplice killed hundreds of cats in one night. The young men that worked in the printing shop received only crumbs to eat and believed to be generally mistreated, while at the same time they saw their masters pampering their cats. So they decided to take revenge on the felines. Several cats, including the pet of their master’s wife, were captured and put into sacks. Many were killed on the spot with an iron bar. Others had to suffer a mock trial, in which they were finally ‘condemned’ to be hanged, all to the amusement of the workers of the printer’s shop, and to considerable less amusement of the masters.[7] 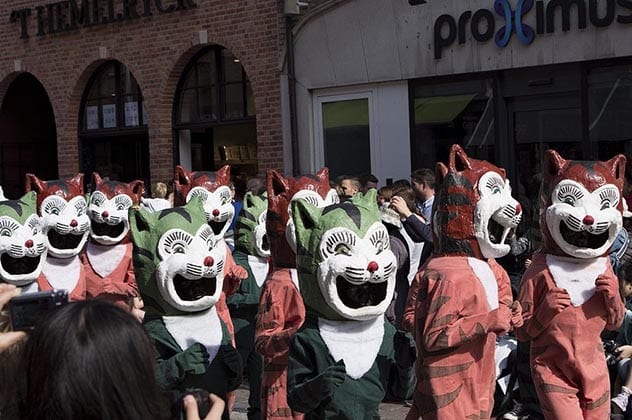 In the Middle Ages, cats were associated with witchcraft and Satanism, so it was not uncommon for them to be killed in high numbers. In most cases they were burned in giant fires in the main square of the cities, as people danced and cheered around. In one of those occasions, even the King of France took part. In some occasions, however, they suffered other more original forms of death. In the city of Ypres, Belgium, for instance, they were traditionally thrown from the belfry tower into the square below, to the amusement of the crowds. Today the macabre killings are remembered every three years during the Kattenstoet parade, which is however a cat-friendly event in which only toy cats are thrown from the tower, and people dress as cats and dance in the street, perhaps in a request of forgiveness to cats for their former ways.[8] 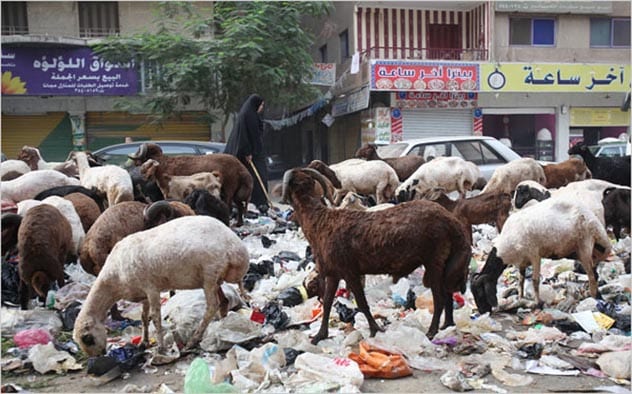 During the swine flu scare of 2009, Egypt ordered the killing of its whole population of pigs. More than 300,000 animals were killed in a short time. While no cases of swine flu were ever documented in Egypt, the culling was announced as a preventive measure, in order to avoid possible contamination. Others, however, say that it was a punishment measure against Christians, since they are the only ones who raise pigs in the country, because Islam prohibits the consumption of swine. Be as it may, none of the pigs killed had the flu, and they were disposed of without their flesh being consumed. However, the measure later backfired badly on the government. In Egypt, the pigs were traditionally fed with the same organic trash that otherwise littered the cities. The swine were basically used as recycling machines. After their sudden disappearance, the streets of Cairo became literally covered with tons of trash, ironically exposing people to all sorts of diseases. It is possible that this added to the general discontent of the population with the government and helped the dethroning of Mubarak during the Arab Spring, a year later.[9]

The largest animal sacrifice festival in the world happens every five years in Nepal. It is called the Gadhimai Festival, in honor of the Hindu Goddess of power, Gadhimai. We tend to think of Hindus as vegetarians who would not hurt a cow, which they consider sacred. That may be true for cows, but apparently it does not apply for water buffaloes, chickens, goats, pigs and rats, which are sacrificed in the numbers of hundreds of thousands. In 2009 it is estimated that between 250,000 and 500,000 animals were killed during the three days of the festival, which was witnessed by at least a million of worshipers. The way it works is that participants bring their own animals to the feast. The animals are then decapitated with traditional khukuri knives by 250 authorized slaughterers. The blood of the animals is supposed to bring good luck. Afterwards the remains are sold to tanneries or eaten. The next Festival will take place in 2024.[10]

About The Author: Tom Creus is a freelance writer, translator and teacher. He blogs occasionally at tomwaiting.wordpress.com.