You’ve all experienced this sort of thing: you buy a box of pop-tarts for the morning, get home and go to bed. You hear a rattling sound from the kitchen and go downstairs to investigate only to find your tasty, frosted breakfast treat floating in mid air over an open portal to hell which has opened up on the linoleum flooring. Congratulations, you just purchased some haunted pop-tarts. Here’s a list of some less breakfast-y haunted and cursed objects. 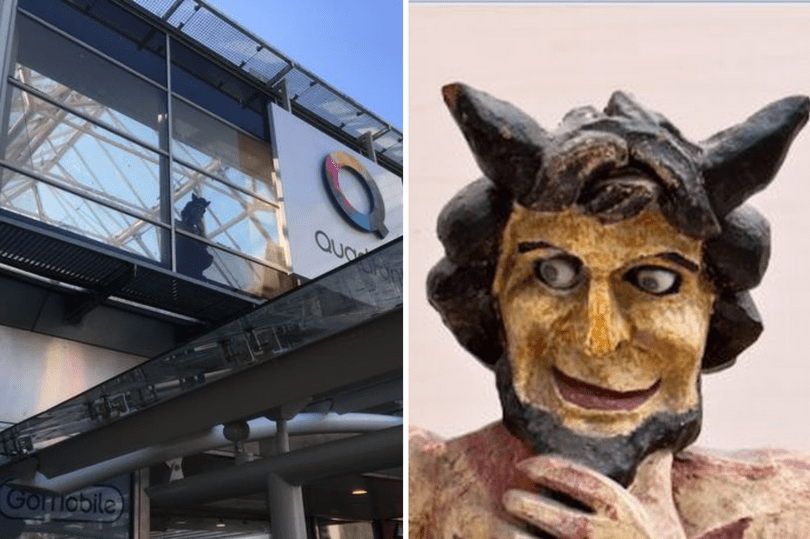 How far would you go if you missed out on getting a job? Would you anonymously post one-star reviews about the company that snubbed you? Maybe you’d stalk and harass the guy or gal who got the job instead of you? Maybe you’d set a creepy carving of Satan opposite the company building with a curse that foretold the destruction of the place? Too far? Not for the snubbed architect in 1890’s Swansea, South Wales who was denied the chance to rebuild a church—that is exactly what he did.

The story goes that when famed architect Sir Arthur Blomfield beat a local architect for the contract to rebuild the ancient St Mary’s church in the centre of the town, the local man was incensed. A few years later he purchased an old row of cottages that stood opposite the new church, tore them down and built a large red brick building there, placing a statue of a smiling devil on its edifice. The aggrieved builder then placed a curse on the church, proclaiming that it would soon be destroyed and the devil would look upon the rubble and keep smiling. During the blitz, Swansea was targeted by the Luftwaffe, St. Mary’s took a direct hit, allowing the cure to be true. Now the Devil is a quirky landmark in Wales’ second city, peeping out at shoppers from a window at the Quadrant Shopping Centre.[1]

A bizarre, possibly supernaturally influenced suicide takes place on a college campus. What would you expect the note the victim left behind to say? Maybe ‘The voices told me to do it’. Perhaps ‘The Devil made me do it’? what about ‘The Polar Bears made me do it’?

This cursed painting, painted in 1864 by Edwin Henry Landseer, is often hidden from view by faculty at Royal Holloway, University of London in order for superstitious students to complete their exams. One tradition holds that anyone sitting directly in a sight line with the painting will fail their exam. Another legend states that one unlucky student locked eyes with one of the ravenous Polar Bears, went mad and committed suicide after scrawling the phrase ‘The Polar Bears made me do it’ on their exam paper. Even though the curse is unlikely to be ‘real’, nobody can doubt that trying to concentrate on an exam when two blood-thirsty bears tuck into a meal of frozen polar explorers is a tough ask.[2] 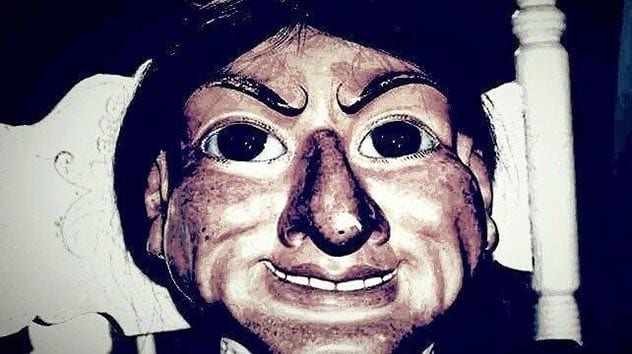 A quick Google image search of ‘Real Annabelle haunted doll’ or ‘real Robert the haunted doll’ throws up the rather disappointing result of two, rather plain-looking kids’ toys. Their reputation is what terrifies, as well as their ascension to the top of horror pop culture. Letta, on the other hand, looks utterly monstrous.

Legend has it that this awful looking thing was made for a little gypsy boy over 200 years ago. Unfortunately, (probably in a fit of blind terror) the boy drowned, his soul becoming trapped forever inside the creepiest looking doll ever made. What are the chances, eh? Letta now resides in Australia, going on tours around the land down under with its owner, Kerry Walton.[3] 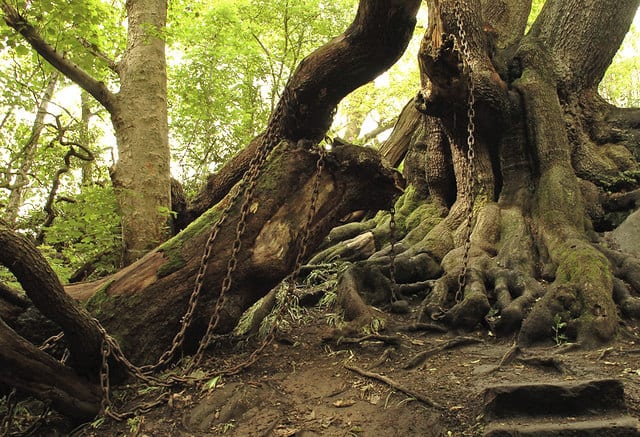 This ancient Oak Tree near the village of Alton, Staffordshire, England is undoubtedly one of the scariest looking trees you’ll ever look at. Covered in huge, rusted chains, it looks as though the tree may have once roamed around the forest, picking off wanderers who dared disturb its arboreal realm before the villagers captured it and chained it to his current spot.

The ‘real’ legend is just as frightening. Legend has it that the Earl of Shrewsbury who lived at the grand estate of Alton Towers (now a pretty decent theme park) was travelling back home one evening when his carriage was stopped by a lone beggar woman. The grubby old lady asked the Earl for a penny and, when he rudely dismissed her, cursed the Earl, stating that for every branch that fell from the old oak tree, a member of his family would perish. That night, a great storm ripped one of the limbs from the tree and, by the morning, one of the Earl’s family members had passed away horribly. The frightened nobleman then ordered that the Oak be bound in chains so that no more branches could fall.[4]

6 Any Sweater given to a Partner 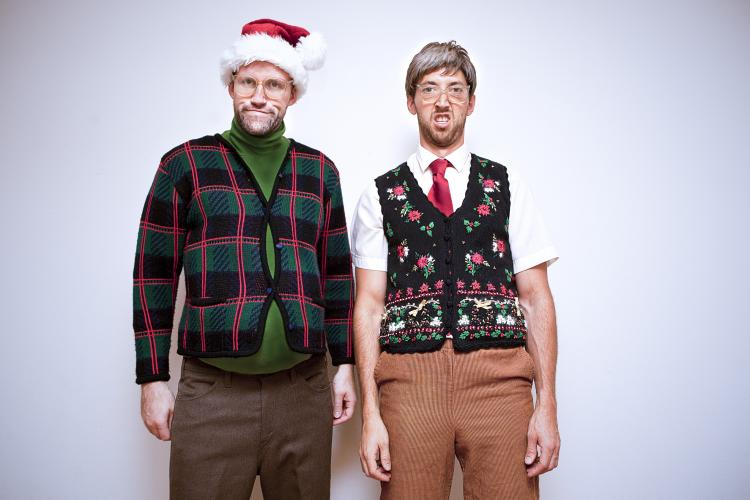 It must be hard being a knitting enthusiast…is a sentence nobody ever said. When it comes to keeping a healthy, long-lasting relationship many knitters feel that they are plagued by a curse that mandates they keep their hobby and their hubby as far apart as possible! The notorious ‘Sweater Curse’ is the notion that when a knitter decides to craft a gift for their significant other as a gift they all but guarantee that the relationship will come to a premature end.

As opposed to suggesting some supernatural origin to this jinx, the knitters of the world are a rational bunch, putting this perceived phenomenon down to a host of rational possibilities like: Bad timing -it takes an age to knit a whole sweater, ample time for a crappy relationship to die. Last Shot—the knitter knows subconsciously that the relationship is nearly over and thus embarks on a grand a huge amount of work culminating in (in knitting terms) a grand gesture. There are, of course, myriad other reasons, but the rule of thumb remains—it you love him/her, for God’s sake, don’t knit them a sweater![5] 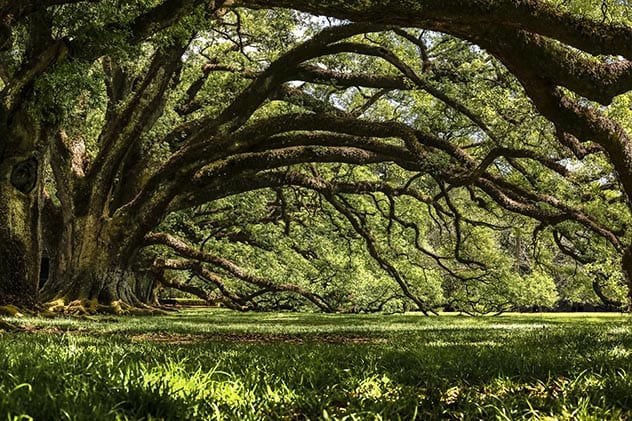 Our second hexed Oak and second entry from Wales. This one is related to the wizard Merlin from the Arthurian legend (the original Welsh versions, though, not the silly French version with a sword in a stone that, somehow, has the English as the good guys!)

The town of Carmarthen is, according to the signs when you enter by road, the oldest town in Wales. So old, in fact, it’s very origins have been linked to Myrddin (Merlin), giving rise to the town’s name Caerfyddrin (The Fort of Merlin). A large oak once stood in the town, believed to have been planted by the wandering wizard. A prophesy accompanied the ancient tree: “When Merlin’s Oak comes tumbling down, Then shall fall Carmarthen town”. When the tree did finally get removed after years of decay, the very next year the town suffered a train derailment and some of the most severe flash flooding recorded. A branch taken from the tree is still displayed in the local museum (perhaps keeping this beautiful town from a fiery apocalypse!)[6] 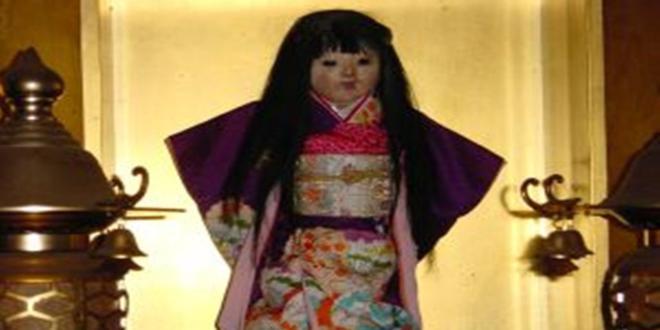 This doll, according to legend, was owned by a little girl on the Japanese island of Hokkaido who, as you’d expect, died and now resides in her favorite toy. When her family moved away from Hokkaido they left the doll with the monks of the Mannenji Temple. Little ‘Okiku’ still resides there, her bizarre ability to grow her hair on full display to worshipers and visitors. Some even suggest that if you look into her half-open, dead porcelain mouth you can see that her teeth are growing too. *shiver*[7]

3 The Woman From Lemb Statue 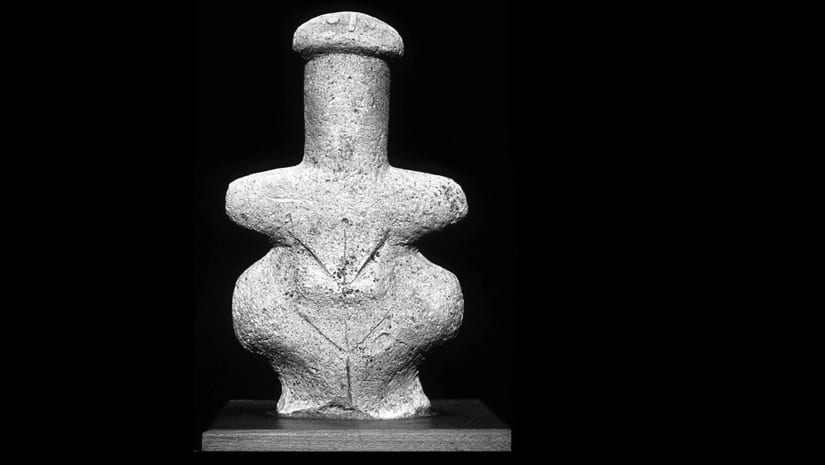 Whenever a rotund, faceless statuette is unearthed in Europe, people seem to instinctively assume it is a fertility goddess. It must be, right? Look at the bulging ‘stomach’ reminiscent of a pregnant belly. The wide hips. The lack of facial features, elongated neck….truth is, we don’t know for sure what the significance of many of these pre-written-history idols is. What we do know is if you touch the ‘Woman from Lemb’, you’ll probably die. And all your family will too.

In a similar vein to many mummy-borne curses, this artefact is purported to have caused the deaths of a whole heap of curious antiquarians and collectors. The strange stone idol is now displayed at the National Museum of Scotland, Edinburgh.[8] 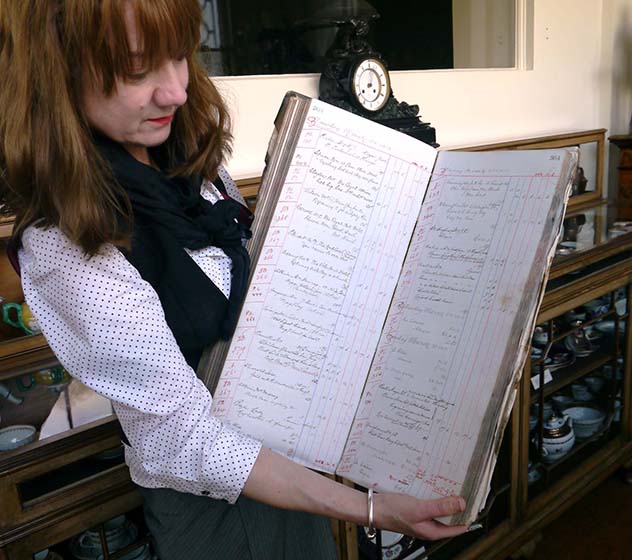 A common element in tales of haunted or cursed objects is the consequences faced by the living for removing an artifact or item from its ‘rightful’ place, prompting supernatural forces to play havoc until it is returned. This usually involves a tomb, ancient temple or holy mountain. In the case of this haunted jewelry shop ledger, however, it seems all the spooky accountancy aid wanted was to be beside the seaside!

After the demolition of the ‘Shorland Fooks’ jewellers in the city of Brighton on England’s south coast, builder Tony Benyovits removed an old shop ledger book he had found hidden behind a brick wall. He took the interesting example of retail memorabilia back to his home in Maidstone, Kent (65 miles away). Soon enough, his family were being plagued by all manner of otherworldly phenomena: strange voices, ghostly apparitions and even strange images of people appearing in the family’s rug. One particularly uppity spirit informed Mr Benyovits’ daughter, Josephine, that the book needed to be returned to its hometown by the centenary of the first entry within its crumbling pages. Not wanted to anger these (I assume) long-dead jewelers, the family donated the book to Preston Manor—(reputedly) Brighton’s most haunted house—which is where it now resides.[9] 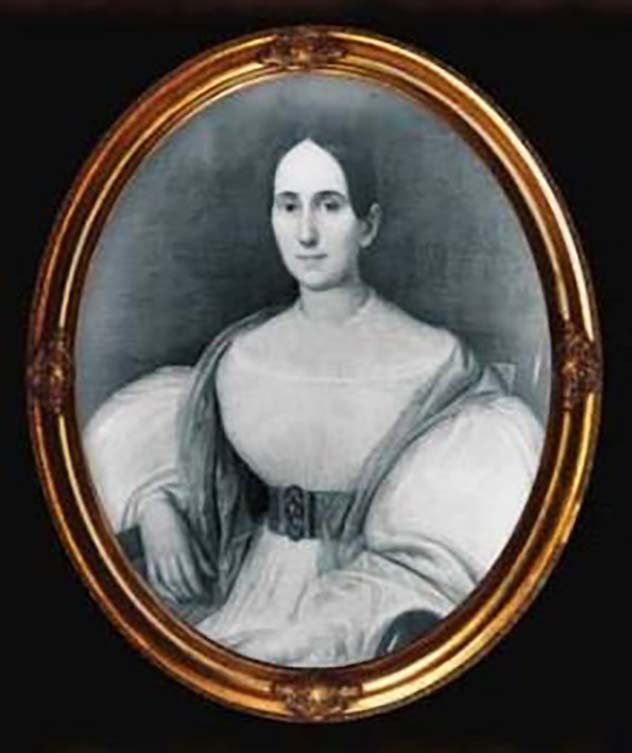 The evils perpetrated by notorious New Orleans slave owner Delphine LaLaurie have been discussed many times on Listverse, quite rightly singling her out as one of history’s most evil women. It is no surprise, then, that the unspeakable crimes she committed have catapulted her into the realms of dark folklore and urban legend.

In the 1990’s, the residents of an apartment building which stands on the spot that LaLaurie’s infamous chamber of horrors once stood decided to pool their assets and brighten up the communal spaces with some nice new artworks. What better way could there be to achieve this goal than to commission local artist Ricardo Pustanio to paint them a portrait of a notable local celebrity. Who could this be? Louis Armstrong? Truman Capote? DJ Khaled…even though he wasn’t famous yet? No, they chose a lovely, cheery portrait of Madame Delphine LaLaurie. And, wouldn’t you know it, it turned out to be haunted! Cue a series of bone-chilling encounters with the ghost of LaLaurie, culminating in the portrait being taken down, covered up and stored away securely. Maybe pick a nicer subject for the communal art next time, perhaps a jolly picture of a smiling clown?[10]

About The Author: C.J. Phillips is an actor and writer living in rural West Wales. He is a little obsessed with lists.