Many of us rely on others to help us do things from time to time. However, in this new world of social distancing and quarantines, we’ve had to learn how to do more things ourselves to avoid contact with other people.

Although this seclusion might be a new experience for some of you, people have been picking themselves up by their bootstraps throughout recorded history and getting things done on their own. Here are 10 cases of people defying the odds to accomplish things that most of us probably couldn’t—or wouldn’t—do. 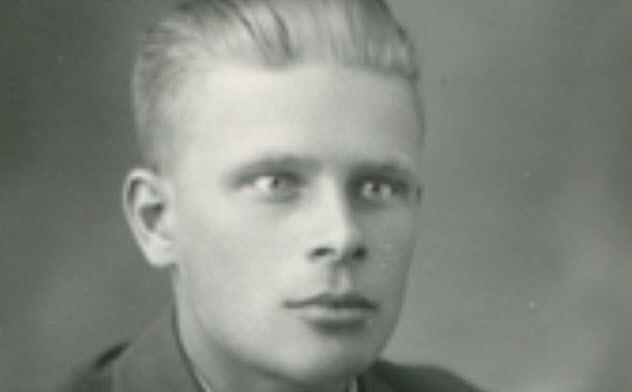 When you think about your personal accomplishments, doing copious amounts of drugs probably wasn’t something you considered as “getting things done.” However, during World War II, doing meth was considered a viable tactic to get things done—and nobody did more meth than Finnish soldier Aimo Koivunen. But he didn’t exactly do it all on purpose.

While on a days-long ski patrol south of Murmansk in 1944, his group was attacked by Soviet soldiers. Tired and needing a quick boost of energy to escape, Aimo tried to take a capsule of Pervitin (methamphetamine). But he was having trouble getting a dose out of the bottle.

In an act of desperation, Aimo dumped the contents of the entire bottle into his mouth—30 pills in all—a supply that was supposed to go to his entire patrol group. When he was finally found weeks later, his heart rate was at least double that of an average human, he weighed 42.6 kilograms (94 lb), and he was more than 400 kilometers (250 mi) away from his ski group.[1] 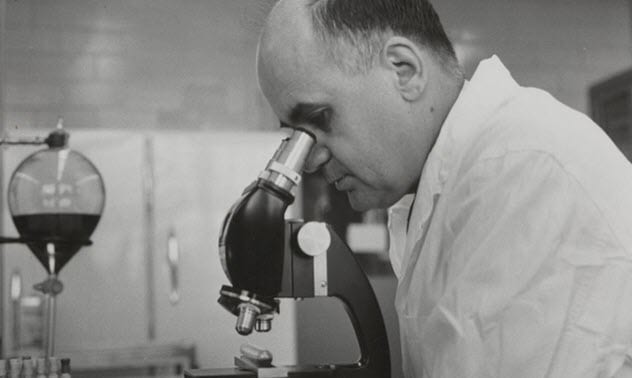 Although the entry title suggests that Maurice Hilleman won’t be receiving any “Father of the Year” awards, it’s not as bad as it sounds. Awakened one night in 1963 by his five-year-old daughter who was sick with mumps, he sprang into action.

Hilleman collected the freshest possible samples of the disease from his own child. Then, in the middle of the night, he rushed the samples to his lab to freeze and later study.[2]

After cultivating the disease and helping to create what he believed to be a weakened version that people could fight off more easily, Hilleman needed human subjects on whom to test his vaccine. He picked his other daughter who was one year old.

Although regulations would probably never let a scientist volunteer his own kids as guinea pigs these days, the vaccine worked and is still in use. In all, Hilleman developed nearly 40 vaccines. 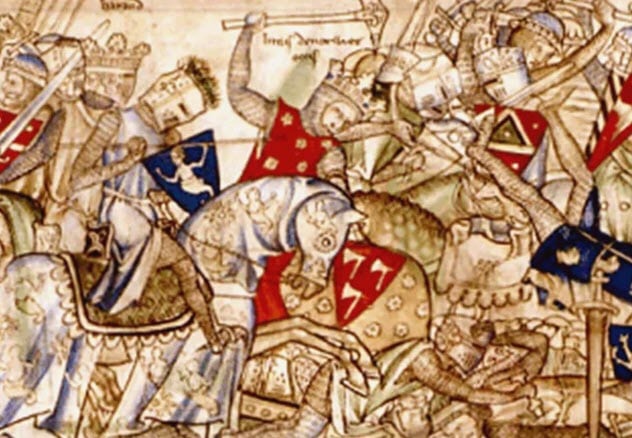 In 1066, the Norsemen’s war with the English ended with the Norwegians suffering such massive casualties that their survivors only filled 24 of their 300 invading ships for the trip home. However, their efforts were not forgotten to history, especially the performance of one Viking on the bridge.

Although this brave soul is nameless in the Anglo-Saxon Chronicle, it tells of a large Norseman who stayed behind on the bridge to hold off the force of the entire English army. That way, his compatriots would have a chance to form a shield wall to face the English attack.

Using a Dane axe, the Viking killed at least 40 men before he was stopped by a crafty Englishman. The English soldier had climbed into a half-barrel and floated under the bridge. From there, he reached up and stabbed the vicious Viking with a spear to stop him. Although the Viking’s name may be lost, he is remembered for his efforts nearly 1,000 years later.[3] 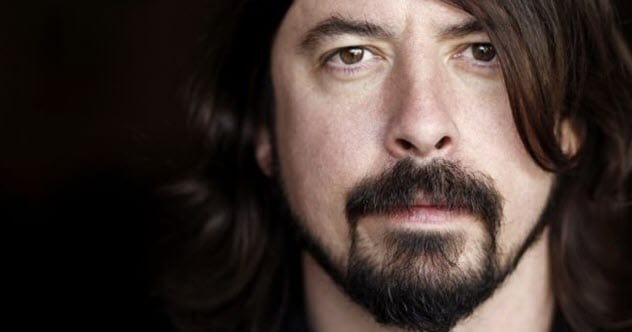 The death of a loved one can be devastating, and everybody deals with their grief in different ways. Although most of us would likely have a good cry and eventually move on, some of us may also lock ourselves away and record a debut album to help work through our grief.

Both tactics are completely valid forms of dealing with loss. But Dave Grohl is probably one of the few people to have chosen the album route, which he did after the untimely passing of his friend and Nirvana bandmate Kurt Cobain in 1994.

Over the span of a single week, Dave wrote and recorded nearly all the vocals and instruments on the debut album. Only one or two parts were filled in by guests. Then Dave gave out some copies of the album on cassette tapes.

He hoped to keep secret that the album was essentially just him jamming out his feelings. Even the band name Foo Fighters—which came from a book he was reading about UFOs—was chosen to imply that a group of unidentified musicians were working together.[4]

6 Martine Rothblatt Develops A Drug To Save Her Daughter 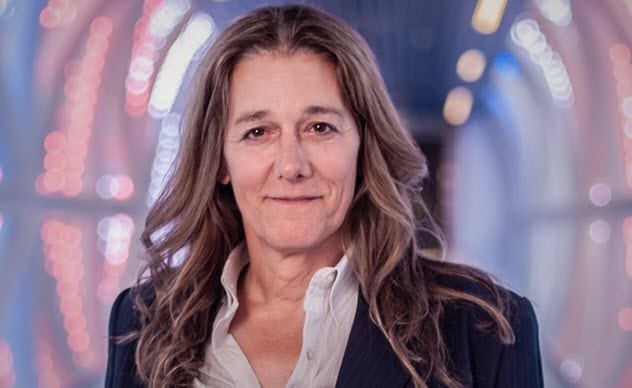 Let’s face it. Most people don’t have millions of dollars at their disposal to throw around as they please, but just being rich doesn’t always get you results.

In the 1990s, Martine Rothblatt’s daughter was diagnosed with pulmonary arterial hypertension, a fatal disorder with no treatment at the time. However, Martine didn’t just throw her money at the problem and hope for the best. She personally started to research it.

Sure, she eventually dumped millions of dollars into creating a medical research facility to find a cure. But first, against all odds, she found a molecule that showed promise.

Drug company GlaxoSmithKline owned the molecule, which they wouldn’t give to Martine because she wasn’t a scientist. After assembling a scientific team and getting access to the molecule, Martine and her company developed medicine to treat the disorder.

Although Martine still can’t cure pulmonary arterial hypertension, her daughter and thousands of others are now able to live longer, healthier lives with Martine’s treatment.[5] 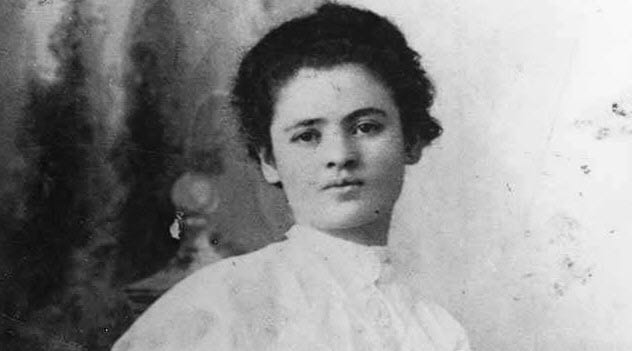 The year is 1909. You work 66 hours a week in a dangerous factory to bring home a whopping $3. If you even think about trying to improve your working conditions, you’re going to catch a police baton with your forehead or just get straight-up bombed. But that didn’t stop Clara Lemlich from campaigning and picketing to try to make life more tolerable for shirtwaist workers in New York’s garment industry.

Although many people protested and fought alongside Clara to get fairer treatment in the factories, she stands out in history for taking the stage from union representatives and demanding action from her fellow workers. The union representatives urged caution and spoke of trying to communicate their complaints. But Clara was having none of it.

She told the audience that words wouldn’t work and demanded that they go on strike:

I have listened to all the speakers, and I have no further patience for talk. I am a working girl, one of those striking against intolerable conditions. I am tired of listening to speakers who talk in generalities. What we are here for is to decide whether or not to strike. I make a motion that we go out in a general strike.

Over the next couple of days, approximately 20,000 shirtwaist workers went on strike. Their action was later called the Uprising of the 20,000.[6] 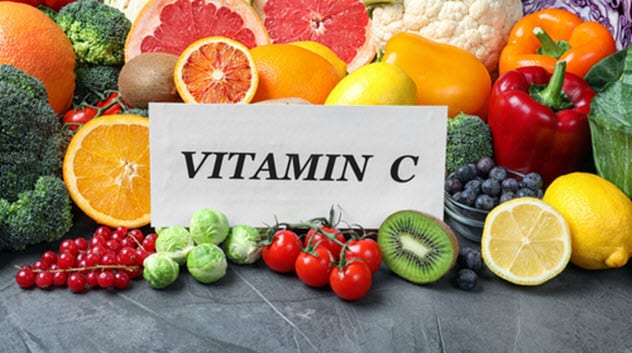 In the 1700s, William Stark was one of the first to investigate the effects of vitamin C on someone with scurvy. Even so, John Crandon handled his studies in 1939 a bit more successfully. Namely, he didn’t die while starving himself of vitamin C like Stark did. In fact, for the first few months, Crandon’s only real issue was becoming exhausted more easily.[7]

The turn came in and after the 19th week when the wounds on Crandon’s body stopped healing and his skin became rough to the touch. Even more terrifying, his legs began to have small hemorrhages. As he was under close medical supervision, Crandon began to receive daily intravenous injections of one gram of ascorbic acid for one week. He showed improvement in his health within 24 hours of taking vitamin C.

3 Herbert Hoover Proves The Early Bird Gets The Worm 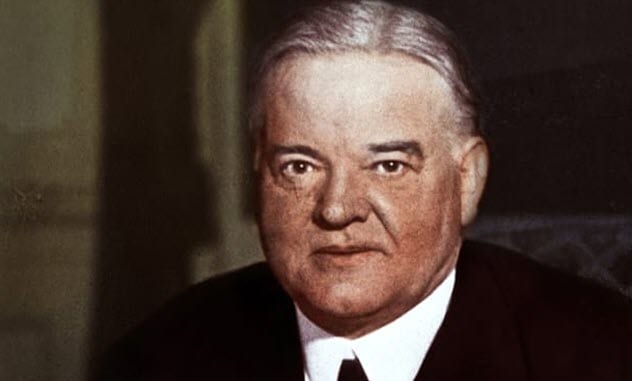 Herbert Hoover is often ranked as one of America’s worst presidents due to his unfortunate struggles dealing with the 1929 stock market crash and subsequent Great Depression. But even with the negative mark on his legacy, Hoover proved that you can make a great deal out of a bad situation—namely with his bungled entrance into Stanford University during its first year of operation.

Hoover applied to Stanford and flunked every entrance exam except his math test. Even so, he was accepted. Perhaps the school just needed to take any students it could get that first year.

Hoover didn’t waste this chance and arrived on campus two months early. Before classes officially started, he earned money by setting up multiple businesses, such as delivering laundry and newspapers as well as helping other students enroll.

In fact, Hoover ended up managing many groups at Stanford, including the football team, the baseball team, school plays, and much of the student government. He was even elected student treasurer.[8] 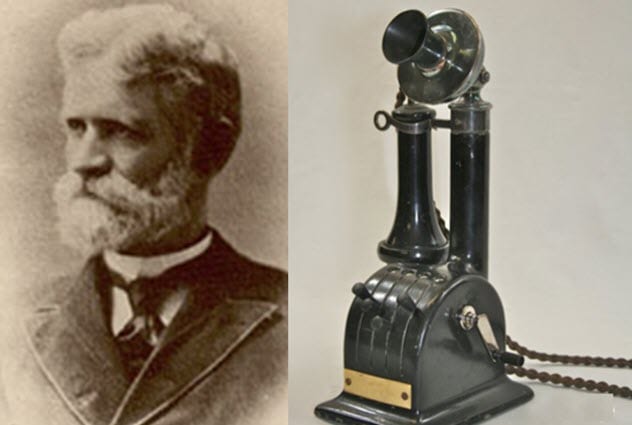 Imagine being an undertaker who gets no business despite having almost no competition in your area. Surely, people are still dying, so what gives?

In the case of Almon Strowger, his problem concerned the unfair practices of another local undertaker’s wife. She worked for the telephone exchange in their area. Every time someone called Strowger’s business, she’d send the calls to her husband’s business instead.[9]

When the telephone company wouldn’t do anything about it, Strowger decided to remedy the situation himself. In 1889, he invented an automatic telephone exchange that connected customers to each other without talking to an operator. He patented his invention in 1891. Thanks to his competitor’s unfair business practices, one man changed the way we talk to each other on the phone forever. 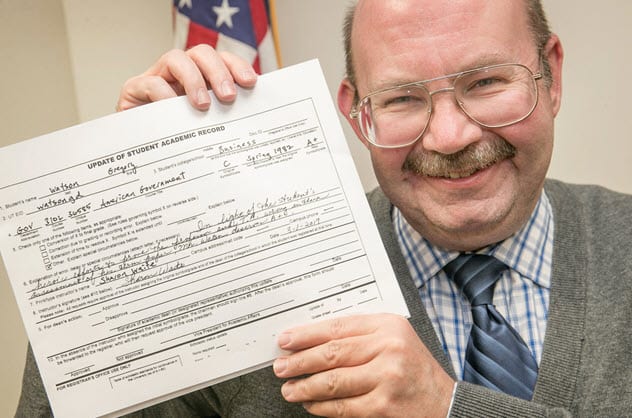 Getting a grade of C on a college assignment isn’t the end of the world. Most students would accept it and move on, but not Gregory Watson. While a sophomore at the University of Texas in 1982, Watson, then 19, decided to embark on a decade-long quest to get his grade changed to an A by getting an amendment to the US Constitution ratified.[10]

In his school paper, Gregory wrote about one of the Constitution’s original amendments that had been drafted but never ratified. Proposed in 1789, it was meant to be passed at the same time as the Bill of Rights. However, not enough states agreed to it at the time.

Gregory believed that the amendment could still be ratified. In 1982, his teacher disagreed with his take on the subject and gave his paper a C grade. Gregory would not accept the teacher’s decision.

So Gregory began writing to lawmakers in as many states as necessary to get the amendment ratified. After Gregory’s decade of work, the Constitution officially gained its Twenty-Seventh Amendment in 1992—all because one student believed his grade on a college paper was too low.

The Twenty-Seventh Amendment to the US Constitution delays any law that changes the compensation for US Representatives or Senators from becoming effective until after the next election of representatives. More importantly, in 2017, Gregory finally got his grade officially changed from a C to an A+.

About The Author: Nothing to report on right now. Just keep on keeping on.

10 Scary Genes We Can Inherit From Our Parents