In the role of a superhero, these actors have to appear brave, strong-willed, highly skilled and are expected to act with honor. Then, once the cameras stop rolling, it’s back to reality. Sure, it might appear they have it all; money, fame, glory and a lifestyle others can only dream of but they have also had their share of some real personal demons.

For these following stars, they have all embodied the roles of their characters to much critical acclaim. Perhaps this is because when facing tougher scenes involving conflict and tragedy – they have had their fair share of heartbreaking experiences to draw from. 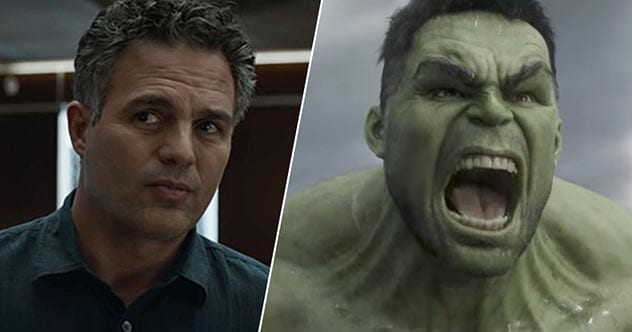 Mark Ruffalo has won over fans of Marvel’s Cinematic Universe ever since he first took on the role of Dr. Bruce Banner and his destructive alter-ego The Hulk in 2012. Like mild-mannered Bruce Banner has to face up to keep his rage under control, Ruffalo has also battled his own real-life horrors. In 2002, the actor had a benign brain tumor removed which left his face temporarily paralyzed.

Then on December 1, 2008, his brother Scott was shot in the head and killed at his L.A. home. The only key witness who was in the house at the time, Shaha Mishaal Adham, died of a drug overdose shortly after the incident and the case still remains unsolved. Speaking of the tragedy, Ruffalo said, “You never get over it; you just get used to it. You get calloused, a little bit harder maybe, so be on guard for that. But take these tragic things and turn them into something meaningful and worthy of the loss. Make it count.”[1] 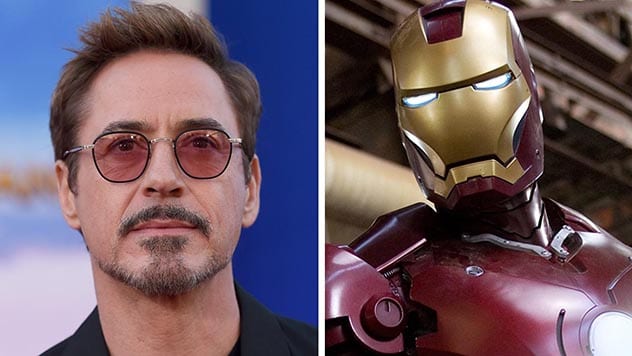 In 1996, Robert Downey Jr. was speeding down Sunset Boulevard when he was pulled over and arrested for possession of heroin, cocaine, and a 357 Magnum handgun. After failing to show up for a court-ordered drug test, he was ordered to spend six months in the Los Angeles County jail. Following his release, he missed another drug test and this time spent three years back behind bars.

His career breakthrough came when he starred as the love interest of the main character in Ally McBeal. Then in 2008, he landed the role of Iron Man and the rest is Marvel history. He has won critical acclaim and praise of fans worldwide as the genius billionaire playboy and philanthropist, Tony Stark.

Speaking with Vanity Fair, he advised other addicts, “Job one is get out of that cave. A lot of people do get out but don’t change. So the thing is to get out and recognize the significance of that aggressive denial of your fate, come through the crucible forged into a stronger metal.”[2] 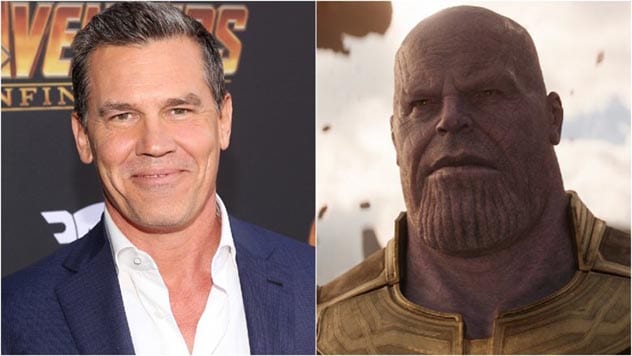 Josh Brolin has portrayed Thanos in Guardians of the Galaxy (2014), Avengers: Age of Ultron (2015) and Avengers: Infinity War (2018) yet he has had his own personal enemies to battle in his personal life too. Raised in California, he grew up with a lot of privileges as his father James Brolin had become famous for the tv series Marcus Welby MD, as well as a starring role in 1979’s The Amityville Horror. As a teenager, a young Brolin also found himself in the spotlight when he was cast as Brad in The Goonies (1985).

Then he became a member of a surfing gang called the Cito Rats and he began to see those he was close to fall victim to heroin addiction. He told The Guardian, “I tried heroin. That sounds so horrible when you put it like that. But yeah, I tried heroin. I mean, I never got into it and I never died from it, which is a good thing. I’ve had 19 friends who died. Most of those guys I grew up with, they’re all dead now.” It appears he just narrowly missed the Hollywood child star curse that strikes down so many.[3] 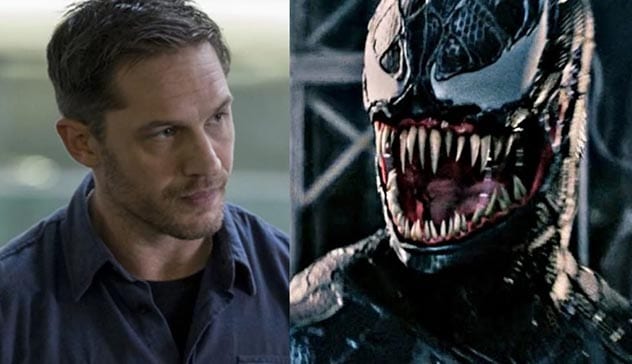 Tom Hardy is known for his roles as the villain, including starring as Venom in the 2018 blockbuster, but his off-screen antics have also found him on the wrong side of the law. The British born actor was expelled from boarding school and he struggled with drink and drug problems throughout his teenage years. Arrested for stealing a car and gun possession, he finally checked into rehab to get sober after waking up from a binge covered in blood and vomit.

Now part of Hollywood’s A list stars, he has achieved great moments in his career yet his past is a constant reminder of just what obstacles he has had to overcome. Speaking with The Telegraph, he revealed, “I have all kinds of things from separation anxiety and abandonment. The loss of mother’s gaze at a certain age… the loss of a father figure… manhood… forgiveness… amendment. And recovery – natural recovery.” He added, “I spent a lot of days unhappy. So, yeah, it had its toll.”[4] 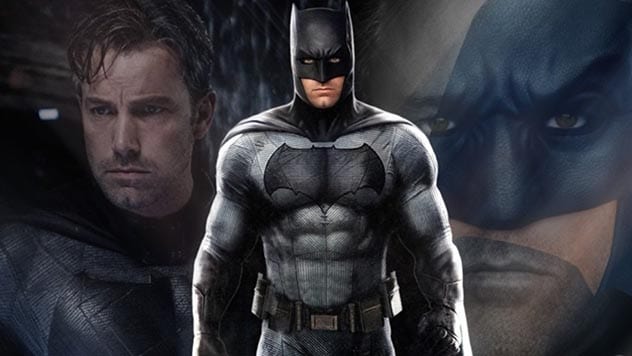 Batman actor Ben Affleck, who appeared as the caped crusader in Batman v Superman: Dawn of Justice (2016) and Justice League (2017), has openly been in a battle with alcohol addiction since 2001. Affleck spoke publicly about his difficult childhood; growing up with his father’s drink dependency and his parents’ divorce. Since becoming one of the biggest names in Hollywood, Affleck gained a reputation for his hard partying ways and string of high profile failed relationships including his most recent; a divorce from actress Jennifer Garner with whom he has fathered three children.

The Academy Award winner opened up on social media and wrote, “As I’ve had to remind myself, if you have a problem, getting help is a sign of courage, not weakness or failure.” He revealed that he had completed a 40-day stay at a treatment center for alcohol addiction which had been a “lifelong and difficult struggle”.[5] 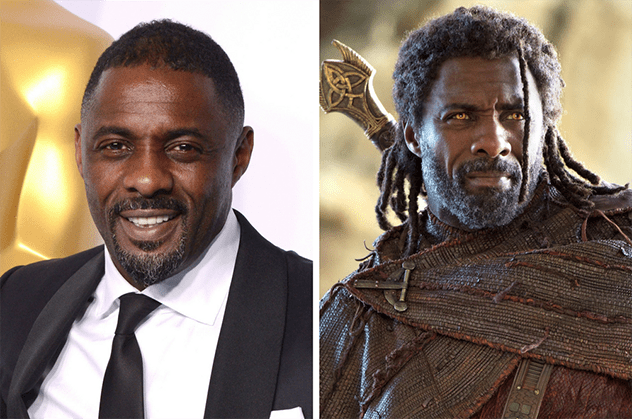 London-born actor Idris Elba is best known for his roles in The Wire and as Heimdall in the Marvel Cinematic Universe. Appearing as a tough guy on screen comes easy to him but his own personal life has been plagued by heartbreak. In 2010, he went public during a press conference that he had become a proud father for a second time to a newborn son. He gushed, “The celebration of having a son – from a man’s perspective, it’s massive.”

That celebration soon came to an end when he discovered via a paternity test that he was not the biological father. Elba said, “It wasn’t immediately obvious – well, it was, because he didn’t look like me. But it wasn’t immediately obvious what had gone down. To be given that and then have it taken away so harshly was like taking a full-on punch in the face.” Elba has since moved on with his life and became engaged to beauty queen and former Miss Vancouver Sabrina Dhowre in 2017.[6] 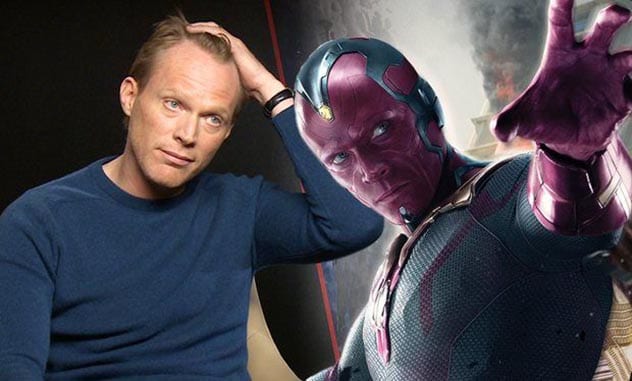 Actor Paul Bettany had a notable acting career yet after suffering a few box office blows with poorly received films Transcendence (2014) and Mortdecai (2015), he thought his film career was over. The British actor was then snapped up by The Avengers: Age of Ultron director Joss Whedon to play the role of Vision.

When he was 16-years-old, his younger brother died at the age of 8 in a freak accident that fractured his skull. Bettany then turned to drink and drugs to self-medicate himself through the painful loss. He said, “‘(It was) manic. I don’t know if I was aware I was numbing myself at the time. I don’t think (there was anger). It was nobody’s fault. It was the awfulness that is bad luck. Had there not been a heavy dew that morning.” He added that he now suffers from anxiety in raising his own two daughters he shares with his wife, actress Jennifer Connelly, explaining, “‘I am definitely feeling calmer on that but don’t think it will ever entirely leave. It’s an indelible worry.”[7] 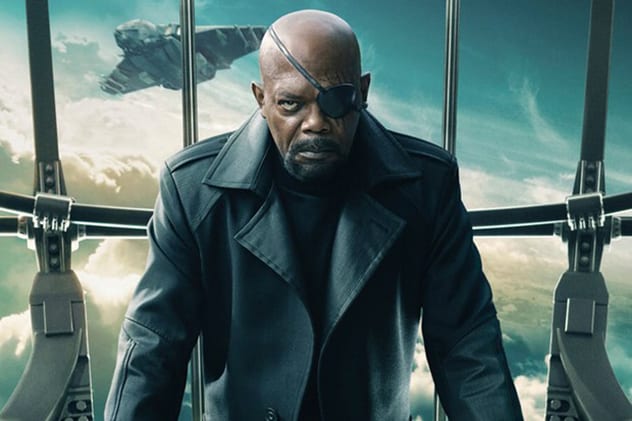 Samuel L. Jackson is easily one of the most recognizable stars in the world, every year starring in a range of roles including Nick Fury in The Avengers. In the 1950s, he grew up in Chattanooga, Tennessee, during segregation and he revealed he got through the hard times because he was “a good fighter and a smart kid.”

Jackson also said, “Like many young people I faced lots of barriers. They included growing up in a segregated southern state of America. I faced racism during my whole adolescence.” He added, “On the other hand, the best advice that was given to me was that I had to be 10 times smarter, braver and more polite just to be equal. So I did. Eventually my dream of becoming an actor became a reality, which is always bigger.”

In the early 1970s, he attended Morehouse College in Atlanta, Georgia, to study marine biology but after joining an acting group he decided to take a different path in life and the rest is Hollywood history.[8] 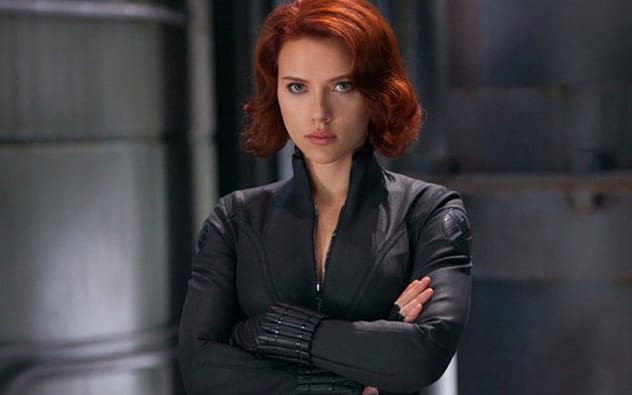 Scarlett Johansson is celebrated as one of the most talented and beautiful actresses in the world but she has also suffered hardships growing up. Born in New York, she grew up in Manhattan’s Greenwich Village as one of five children and her parents are of Danish-Polish descent. She admitted that her family had “little money” and that they relied on welfare to put food on the table.

In 1998, she landed her big break in The Horse Whisperer and later in her career became a household name as Black Widow in the Marvel Cinematic Universe.

Most recently, Johansson has been active in many charity campaigns including Feeding America which is a relief organization that aims to help the 1 in 8 people struggling with hunger in the U.S. Drawing on her own experiences of child hunger, she revealed, “My family grew up relying on public assistance to help provide meals for our family. Child hunger in America is a real and often overlooked problem, but one that together, we can fix.”[9] 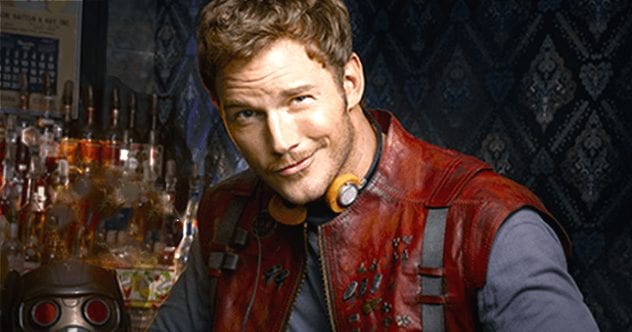 Guardians of the Galaxy star Chris Pratt became a household name with credit to his portrayal of Peter Quill. The Minnesota-born actor admitted he struggled on his journey to becoming one of the most lovable stars in Hollywood as he was once homeless and living in a van. After graduating from high school, Pratt left college following just one semester when he began working as an amateur stripper charging $40.

Aged 19-years-old, he waited tables in Maui, Hawaii, for minimum-wage pay and lived in his van. He also confessed to eating leftover food off customer’s plates to feed himself. Then in a chance encounter, he met actress and director Rae Dawn Chong who cast him in her short comedy horror ‘Cursed Part 3.’ Pratt recalled, “The moment (Chong) told me she was bringing me to L.A., I knew. I was like, ‘This is what I’m going to do with the rest of my life.” The movie was a flop and never released but it didn’t stop Pratt recognizing that acting is what he wanted to do with his life. In 2018, it was revealed that his role in Jurassic World as Owen netted him a $10 million pay day.[10]

For more lists like this, check out 10 Of The Creepiest Things Superheroes Have Done, and 10 Lesser-Known Facts About Superheroes