Bills—we all have to pay them. Whether the money is owed for income taxes, rent, or cellphone service, we all have to pony up the cash at some point. No one’s happy about that, but money makes the world go round and we are part of that world.

However, some individuals have a harder time letting go of their cash. They employ bizarre reasoning to argue that they should not have to pay bills that are often way past due. Ten of those brave souls have snagged spots on this list. 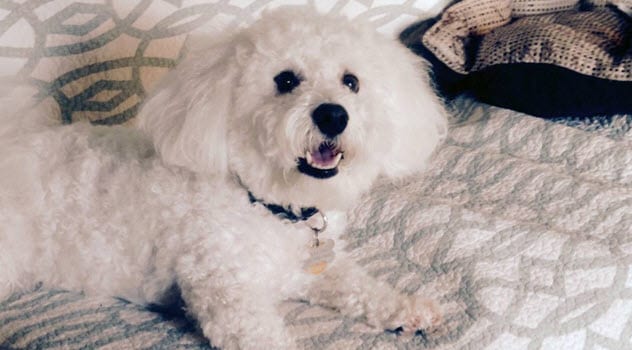 One day, Thomas Barnes, 58, called his satellite company to complain about a $70 charge on his bill for ordering the adult channel run by Hustler. Steamed, he explained that it wasn’t he who had clicked the converter to order the porn—it was his dog.[1]

According to Barnes, his cute little bichon frise, Marino, had jumped on the TV remote one night and accidentally ordered the naughty pay-per-view channel. Barnes also claimed that he had alerted the company within minutes of the sexually explicit action appearing on his TV screen. For Barnes, money was tight. He was on Social Security disability at the time.

Turns out the matter would not be cleared up with that simple call. Only after Barnes filed a complaint with the Federal Communications Commission did he get satisfaction. Finally, the company’s management called Barnes with the good news that a credit would be applied to his account. 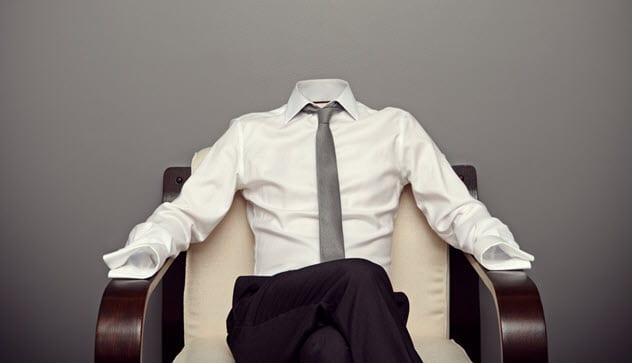 An income tax is collected annually by governments around the world. The money is used by these authorities to pay for government services and obligations and to provide goods for their people.

In Australia, the government first introduced a federal income tax in 1915.

Few people, if any, like to pay their taxes. Possibly, the man who enjoys it the least is Glen James Polglaise of North Bendigo, Australia. He hated it so much that he simply refused to file an income tax return from 2012 to 2017.

The reason? He claims he is not a person.

Polglaise told the court, “As I waive my right to recognition as a person, I am not a resident for tax purposes.” He went on to suggest that his claim was supported by the Universal Declaration of Human Rights and the Universal Covenant on Civil and Political Rights. He added that the man named in the charges was not him.

Magistrate Michael King was not amused. He scolded Polglaise and said that citizens had no right to pick and choose which laws apply to them. King found Polglaise guilty of all six charges and fined him $6,000 plus costs.[2]

8 Cake Was Half Eaten When I Found It 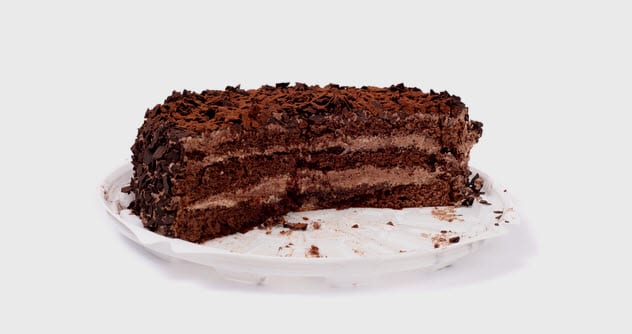 Most of us try to find ways to save a little money. Whether we collect coupons, join loyalty programs, or run across town hunting down the best bargains, we want to shave a few cents or dollars off the prices of our purchases.

The more creative among us do what a woman shopping in mid-2019 did—eat half a cake and refuse to pay the full price.[3]

The manager of a Walmart in Wichita Falls, Texas, had to call the police after the woman refused to budge from her story of the mysteriously missing half of a cake. She claimed that it was like that when she picked it up and put it in her cart.

Officers convinced her to pay the full price, and Walmart banned her from the store. 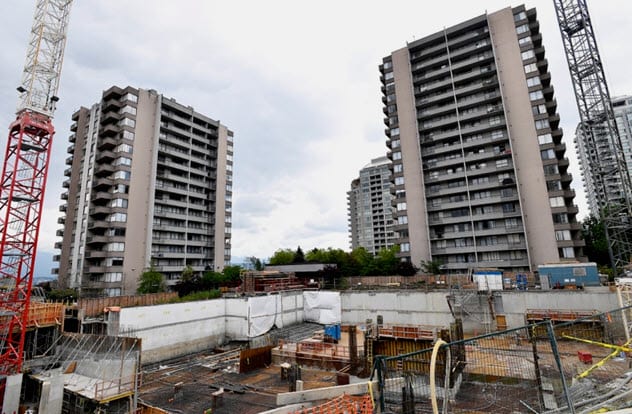 It sucks. You find a great apartment with an awesome view, and then, the next thing you know, the bulldozers and jackhammers move in next door. This is exactly what happened to Dale Arnold of Burnaby, British Columbia, Canada. He was so frustrated by the new building being put up just meters from his window that he stopped paying his rent.

“We have lives; we’re working people. [ . . . ] They’re cannibalizing our building,” Arnold complained. He was sick of the noise and dust, the constantly out-of-service elevator, and the restricted access to outdoor green areas.

The property manager tried to smooth things over with cupcakes and a barbecue. It didn’t work.

Arnold complained to the Residential Tenancy Branch but lost. Chris Bryan, a spokesperson for the City of Burnaby, also gave Arnold little hope. Bryan said, “Where the concern was not after the fact or was ongoing, we investigated, took measurements and responded accordingly.”[4] 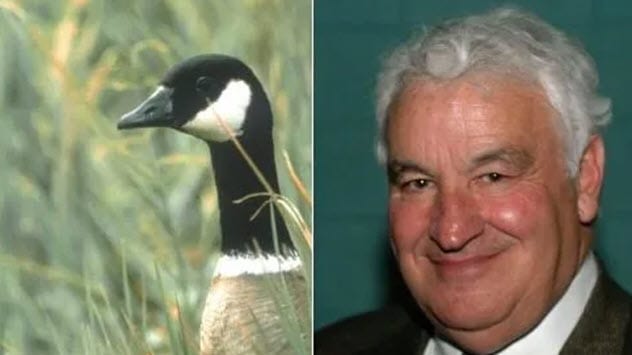 Case in point: Tom Golisano, billionaire and former owner of the National Hockey League’s Buffalo Sabres. He got so incensed at Canada geese using the front lawn of his upstate New York home as their personal bathroom that he refused to pay $90,000 in taxes.

Clearly, he was past his breaking point. He said, “This past summer, it was horrible. We’d drive in and find 100 to 200 geese parked on our lawn. [ . . . ] You can’t walk barefoot, can’t play Frisbee, can’t have your grandchildren run around. [ . . . ] Here I am paying all this money in taxes, and I can’t use my property because of the geese droppings.”[5]

Town supervisor Daniel Marshall was not impressed. He responded, “It’s a resident’s problem to take care of, not the town’s. [ . . . ] It is a lake, after all.” The New York Department of Environmental Conservation echoed Marshall by saying that the Canada geese poop problem had occurred on private property. Therefore, it was not their problem, either.

Golisano, founder of the New York Independence Party that advocates reducing taxes, was not backing down. He planned to file a class action lawsuit.

5 I Could Have Been With A Psychopath 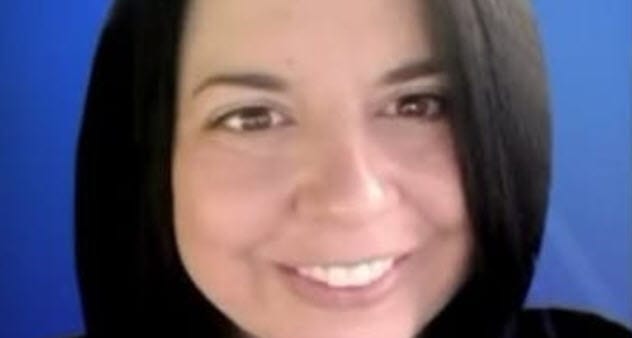 Traffic tickets are the worst. We lead busy lives and are often in a rush. The last thing we need is a police officer pulling us over. But there are rules to the road, and if a ticket is issued, we usually pay it with little fuss.

The same cannot be said for Amy Rush of Minnesota. Around 30 years ago, she was a 15-year-old runaway who was hitchhiking. She rode in a car that was pulled over in Hamilton County, Iowa. The male driver was given a ticket for speeding, and Rush received one for not wearing her seat belt. She still has not paid it. Her reasoning is unique.

“The officer that pulled us over not only did not see an ID or license from me but never inquired more about me at all. And for all they knew, I was with a deranged psychopath or something,” said the aggrieved Rush.[6]

She was also angry that the officer was not concerned about her being so young and in a vehicle with an older man.

Fifteen years after the incident, a letter arrived at her parents’ house informing Amy of the overdue ticket. The collection letters have kept coming ever since. Amy said, “I mean, I can’t imagine the postage that they’ve paid on following me around trying to get this $35.”

4 Buried Father Who Was Not Dead 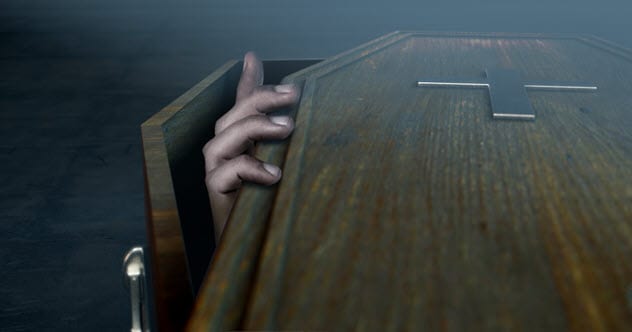 One day, Joey Pellegrino went to his Connecticut bank and withdrew $2,175 from his account. Due to a glitch, that money was not subtracted from his account balance. Pellegrino did not tell his bank about the error. Instead, he took out even more money. In fact, he withdrew so much that the account eventually became overdrawn.

When the bank discovered the error and contacted him, Pellegrino agreed to pay back the money. But he didn’t. Instead, when pressed, he claimed that he had given the money to his mother to pay for burying his father.

His father was still alive. Even worse, Pellegrino’s father said that he had given his son money to pay the bank back.[7] 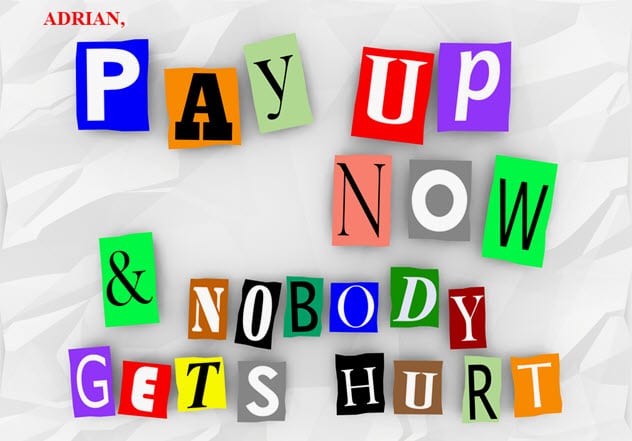 In the UK, if you are at least 18 years old and rent or own a home, you must pay council tax. It is that simple.

However, 54-year-old Adrian May from Mansfield would beg to differ. He refused to pay his council tax because his name appeared in capital letters on correspondence sent to him from the government. To May, capital letters meant that he was dead. So, even though he was alive—proven by the fact that he was protesting the bill—he refused to pay up.[8]

In fact, May refused to pay the tax for three years. Only after being dragged into court and threatened with jail time did he agree to pay. And that was only after he was shown that his name was spelled with lowercase letters on all correspondence sent to him about the unpaid tax. 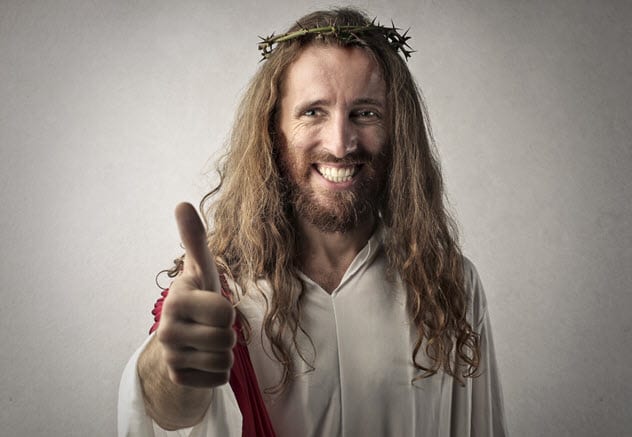 Whether you are a believer or not, you have to hand it to Delila Hernandez of New Mexico—she has remarkable faith.

One day, the 30-year-old woman ordered takeout at a local restaurant. When the clerk asked for payment, Hernandez was quoted as saying, “This one’s on God.” Then she promptly left.

The server tried to collect payment by saying, “That’s not how this works.” But he backed off when Hernandez threatened him. Later, police charged her with felony robbery.[9]

After Hernandez expressed remorse, the public information officer suggested that Hernandez would most likely be charged with a petty misdemeanor instead.

1 You Didn’t Let Me On Your Show 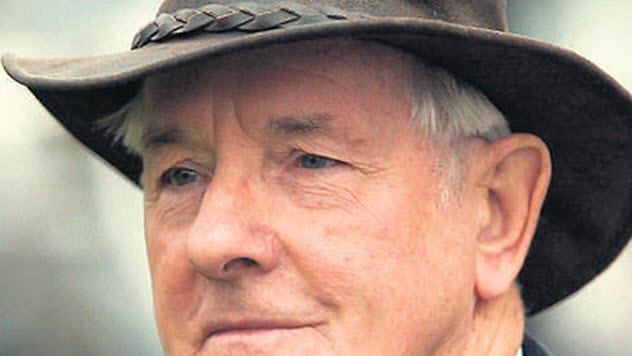 In Ireland, the national broadcaster is known as RTE. Operating on both TV and radio, RTE is partially funded by a TV license fee that the government collects from every household, business, or institution with a TV. If you don’t pay, they may just throw you in jail.

That is what happened in 2005 to 66-year-old Richard Behal from Killarney. For 21 years, he refused to pay his TV license fee and was eventually sentenced to 15 days in jail.[10]

According to Behal, he did not pay the fee because RTE did not include him among the candidates interviewed live on an election show in 1984. Back then, he was running as a candidate for the Sinn Fein Party, which was commonly seen as the political arm of the Irish Republican Army (IRA).

The IRA was a paramilitary group fighting Britain for an independent Ireland. Between 1969 and 1994, it is estimated that the IRA killed approximate 1,800 people. Due to the violence, the government of Ireland passed a law in 1971 banning from TV and radio any organizations that would “seek to overthrow the State through violence, incite crime or endanger the State’s authority in any way.”

And that is why Behal was not included in the RTE election show in 1984. This led to his refusal to pay his TV license fee for over 20 years and to his 15-day prison stint.

About The Author: Domenico has been writing for 30 years—screenplays, short stories, and songs making up the vast majority of his output. He is a film buff, music addict, and devoted lifelong fan of the Toronto Maple Leafs.