As quarantines and self-isolation are now the order of the day, there is a lot of time for binge-watching TV series and movies—and analyzing them, of course. Although some series and movies are purely for entertainment, others try to educate the viewer as the episodes roll by.

On this list are 10 myths about people on the autism spectrum that are continuously debunked by TV and movie character portrayals. Some of those characters can be found in Rain Man, Atypical, and The Good Doctor.

Right off the bat, this is not true. Most people just assume that those with autism have no desire for friends or close bonds because they are unable to express themselves as freely as those who are not autistic. It also takes autistic individuals longer to develop the necessary social skills to interact with other people.

This makes early social engagement very important. As with anyone who has close friendships, those on the autism spectrum benefit from a shared bond, especially if they are subjected to bullying at school or work.[1]

In the series Atypical, the character of 18-year-old Sam Gardner suffers from autism spectrum disorder. Zahid, another teenage boy who works with Sam at Techtropolis, sees past his oddities, and the two become best friends.

They talk about girls, go shopping for clothes to attract girls, and talk to each other about their individual relationships with girls they like. Although it might sound shallow because of the constant girl talk, the two boys have a strong bond. Each accepts the other for who he is.

Fans of The Big Bang Theory have a long-standing theory that Sheldon Cooper is autistic because of his lack of empathy toward other people. In real life, many people also assume that autistic people don’t have any empathy. Some even call autism the “empathy disorder.”[2]

However, as Sheldon often exclaims in the show, it is simply harder for him to pick up on social cues and react accordingly. This does not necessarily mean that he has no empathy.

In The Good Doctor, Dr. Shaun Murphy has been diagnosed with autism spectrum disorder and savant syndrome. Although he may have trouble expressing his feelings, it is clear that he feels empathy toward his patients when he goes the extra mile to care for them and diagnose their ailments.

A quote from author Kerry Magro, who’s on the autism spectrum, sums up the message that the show is trying to get across: “Shaun and I are not defined by our diagnosis.”

Being diagnosed as a person with autism or being on the autism spectrum doesn’t make a person unable to feel or recognize emotions. Autistic people simply react differently to the emotions expressed by others and express their own emotions differently as well.[3]

In Rain Man, Dustin Hoffman portrayed an “autistic savant” character with so much heart that the movie is still viewed as the Hollywood shining star of autism depictions more than 30 years later. Hoffman plays Raymond, who has excellent mathematical and memory skills. But he lacks the ability to pick up on social cues and has difficulty with sensory processing.

Hoffman prepared for the role by reading scientific papers about autism and watching hours of footage about savants and the autism spectrum. He also consulted psychiatrists for their personal opinions.

The result was a character who displayed much emotion, though differently than other people usually do. For instance, when Raymond is in distress, he reacts like a child because he has very little understanding of the subject matter even though he has an excellent memory. But the emotion is there, as strong as it would be in anyone else. 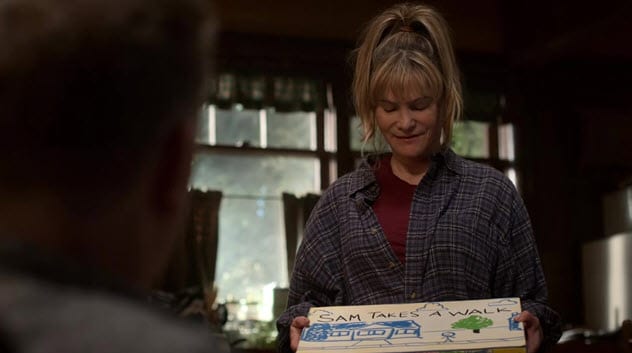 Persistent misconceptions have given rise to the myth that those on the autism spectrum are unable to learn anything. However, ongoing studies have consistently shown that there is no difference between the learning abilities of those with autism and those without. Individuals on the spectrum simply have a different way of learning.[4]

In Atypical, Sam Gardner learns how to deal with the real world differently than other kids would, but he learns nonetheless. In the episode “Sam Takes A Walk,” Sam’s mother reminisces about a board game she invented for the family so they could help Sam learn about coping in the real world. These included ordinary situations such as what to do when a dog barks at you or how to board a bus.

6 They Are All Intellectually Disabled

Although all people on the autism spectrum may not be Rain Man and have unbelievable memories and math skills, it is simply not true that they are all intellectually disabled. Around half of those on the spectrum have some form of intellectual disability, but many excel in music or other pursuits and have high IQs.[5]

Dr. Shaun Murphy is portrayed as highly skilled and capable despite his social awkwardness and “perceived lack of empathy,” which we discussed earlier. This is indicative of real life as well.

Hans Christian Andersen was on the autism spectrum and is still one of the most beloved fairy tale authors in history. Susan Boyle is autistic, yet she made history when auditioning for Britain’s Got Talent. She blew away the judges with her rendition of “I Dreamed A Dream.” Similarly, Tim Burton is a massive success as a film director. But he is also on the autism spectrum.

5 They Are All Savants

This is the opposite side of the previous myth but also untrue. As mentioned above, many on the autism spectrum are highly intelligent. Yet few are true savants like Raymond in Rain Man.[6]

In Atypical, Sam Gardner is highly intelligent but he is not a savant. This is true of most intelligent autistic people. They become doctors, lawyers, directors, actors, and more, but they never develop savant characteristics. Once again, not all autistic people are the same. Their abilities vary.

4 They Cannot Be Gainfully Employed 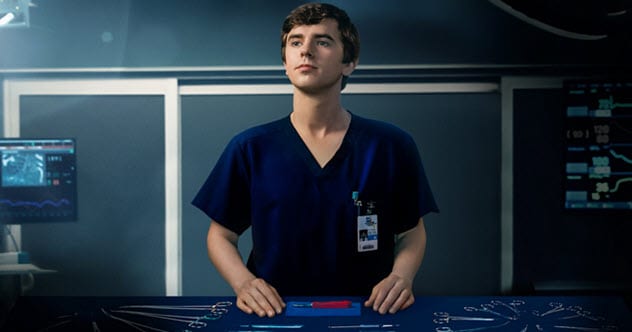 This should not even be a myth in the first place because it shouldn’t take a TV show to debunk something like this. As mentioned above, both Sam from Atypical and Shaun from The Good Doctor are employed.[7]

What does make employment more difficult for those on the autism spectrum is the fact that they often have to undergo several more tests and evaluations than the average employee. Employment agencies are still learning how to find suitable employment options for their autistic clients and how to prepare them for success.

Steve Jobs was autistic and yet one of the most successful people on the planet. Autism should never be used by employers as a reason to reject an applicant if the job specifications fall within the scope of that person’s talents and abilities.

3 Autism Is Caused By Vaccinations 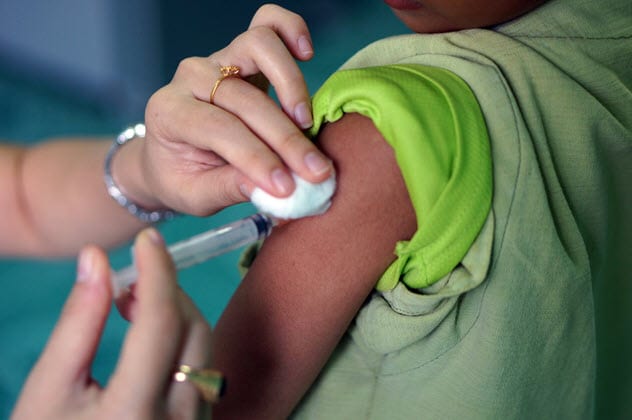 Another terrible misconception that just won’t disappear is that vaccines cause autism. To date, the cause of autism remains unknown, but researchers believe that genetics, toxic substances, and differences in brain anatomy might contribute to children being diagnosed with the condition.[8]

The rumor that vaccines may play a role in children developing autism comes largely from a 1998 study that suggested the MMR (measles-mumps-rubella) vaccine or the measles virus itself might be to blame. Although it was established soon afterward that the research used in the study was falsified—and the doctor who conducted the study lost his medical license—the rumor just won’t die.

The medical journal that published the study retracted the paper, but even this didn’t help. Despite ongoing assurances that vaccines remain safe and that there is no link between vaccinations and autism, some parents still blatantly refuse to have their children immunized.

Rain Man, Atypical, and The Good Doctor do not in any way, shape, or form contain the notion that their autistic characters had vaccinations gone wrong.

If ever a character could single-handedly bust a myth like this, it would be Elsa from Atypical. Elsa is Sam Gardner’s mom, and she couldn’t be a better parent if she tried.

She is closer to her son than her husband, Doug, is. When Doug and Sam start to get along, this leads to Elsa having an extramarital affair. But it doesn’t affect the bond with her son and the love she has for him.[9]

After being kicked out of the house by her husband, she restlessly tosses and turns while spending her first night away from Sam since he was born. Among other things, Elsa attends a weekly autism support group and is more accepting and understanding of her son’s diagnosis than anyone else.

Although some children and teenagers on the autism spectrum may have bad parents, it is not the bad parents who caused the diagnosis. 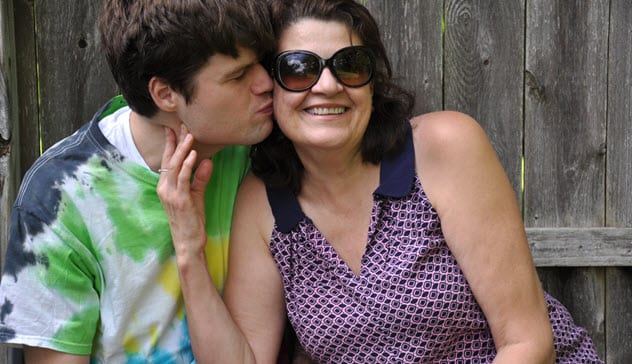 Some people refer to autism as outlandish and rare, as though it’s something to be wary of. However, it is estimated that 1 in 54 eight-year-old children are on the autism spectrum. Some children shed their diagnosis and no longer display any symptoms as they grow older. Basically, they outgrow the condition.[10]

Shows like Atypical and The Good Doctor make a point of informing the public about all aspects of autism, including the fact that it is nowhere near as rare as some believe it to be. People with autism don’t deserve to be stigmatized, and children do not deserve to be bullied because of it.