10 Things You Never Knew About McDonald’s

Just about everyone reading this has likely had a McDonald’s cheeseburger in their time or at least recognizes the restaurant’s famed Golden Arches. And you may have read countless articles on the negative effects of the fast food giant and seen countless stories in the news of food safety-related issues. 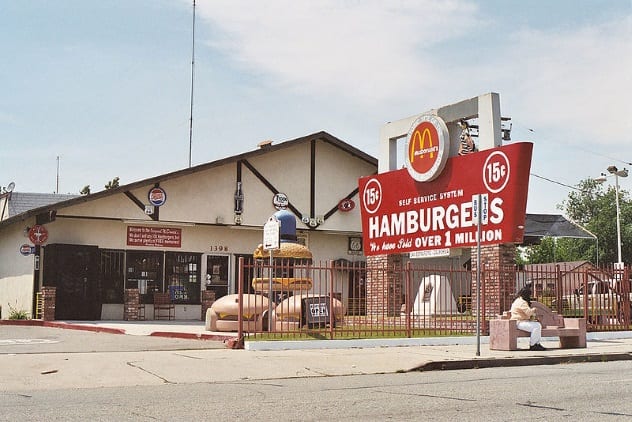 In the 1930s, brothers Richard “Dick” and Maurice “Mac” McDonald took out a $5,000 loan and started the worldwide corporation which we know today as McDonald’s. Originally, their restaurant in Monrovia, California, was called the Airdrome, and the menu mainly focused on hot dogs. In 1940, they moved their operation to San Bernardino and changed its name to McDonald’s Barbecue, but over the next several years, it still didn’t have the success that the boys were hoping for.

In 1948, the restaurant was temporarily shut down while they regrouped ideas and money and was reopened as the McDonald’s we know today. The menu was simplified and focused on the burgers, fries, and milkshakes that are still familiar today. The assembly line process still used today was adopted from car manufacturers and was called the “Speedee System.” This was the beginning of the restaurant chain that set the standard for the fast food industry.[1]

9 The Hamburger Is Healthier Than The Caesar Salad 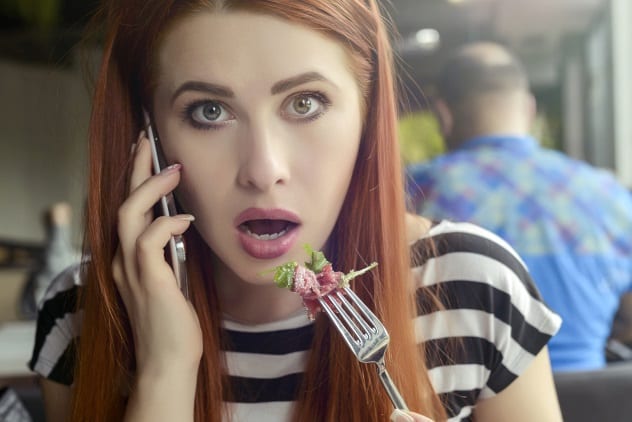 This may make you think again before ordering that salad from McDonald’s while the kids gorge on greasy burgers and fries! The McDonald’s Caesar salad was created to tackle society’s worries over obesity levels, but it was all smoke and mirrors. A full Caesar salad from McDonald’s (including the standard dressing and croutons) contains 425 calories and 21.4 grams of fat. This compares to the hamburger, which has only 253 calories and 7.7 grams of fat. Quite a big difference!

Furthermore, even McDonald’s classic chicken nuggets, which have been frowned upon for years by health critics, have been proven to hold fewer calories and fat than some of the “healthy options.”[2] “But what about the fries?” you might ask. Including a side of fries, the hamburger meal comes to 459 calories and 16.7 grams of fat. Although the calorie count is higher, it still contains less fat than the salad. On a more positive note for the health freaks out there, without the croutons and the creamy dressing, the fat and calorie levels of the Caesar salad drop dramatically. But hey, why not treat yourself?

8 The Queen Of England Owns A McDonald’s Franchise 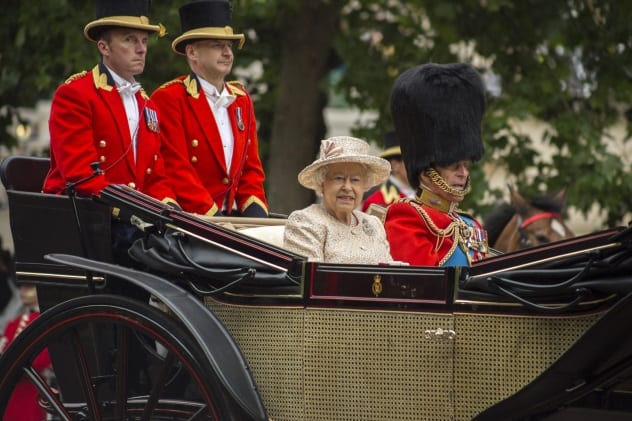 The queen of England herself is in on the McDonald’s franchise! The particular franchise in discussion is that of Banbury Gateway Shopping Park, approximately 130 kilometers (80 mi) outside of London. With its leather couches, modern computerized menu boards, free Samsung tablets, and table service, the restaurant is clearly a step above the rest.[3] Technically speaking, the franchise is not owned personally by the queen. However, it sits on land owned by the Crown Estate.

As a further surprise, this is not the first time a McDonald’s franchise has been on land owned by the Crown Estate. In 2008, the Bath Road Retail Park was purchased for £92 million. In addition to a McDonald’s, it also included a B&Q superstore, Comet, JJB Sports, and Mothercare. This property was sold in 2016. 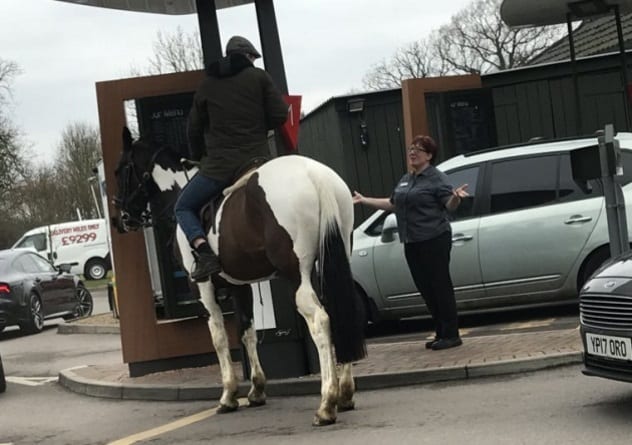 In 2013, a woman was fined after she took her horse through a McDonald’s drive-thru in Manchester. She was allegedly in the saddle when she was turned away by McDonald’s employees. As a result, the woman led her horse into the restaurant, where it left feces on the floor. She was accompanied by a younger girl riding a pony, but only the adult was charged.

The fast food chain’s response was to take the lady to court after claiming that she had caused distress to customers and crew members. Furthermore, she was fined for the added health and safety risks associated with her behavior. McDonald’s then released a statement saying that for the health and safety of customers and employees, they are unable to serve pedestrians on foot, bicycle, or horseback through the drive-thru.[4]

Another incident has since occurred, in 2018, when a man attempted to take his horse through a drive-thru in Suffolk (pictured above). Witnesses stated that a lady had to come out of the fast food restaurant to refuse service to the man and to help him tie up his horse so that he could order his coffee inside. Now that’s customer service!

6 Approximately 80,000 People Have A Bachelor’s Degree In Hamburgerology 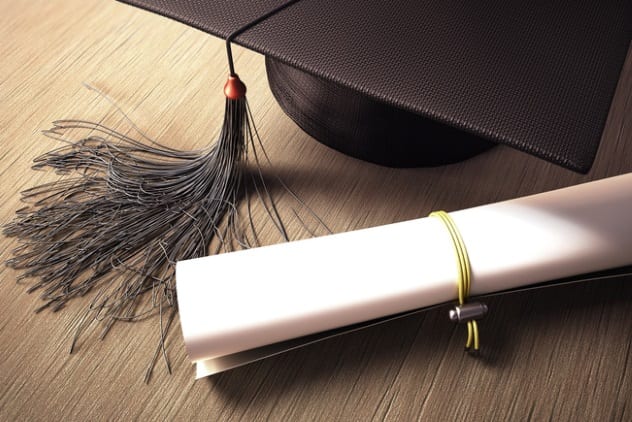 Today, there are several universities globally, and they act as a base for the fast food chain’s main operations training and development. Do you think they offer a masters program? 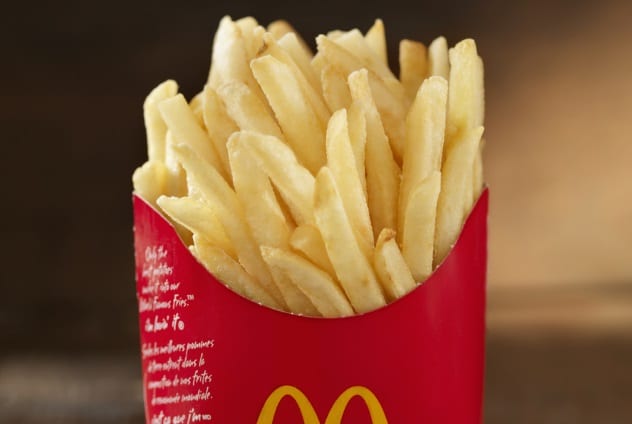 French fries are a universal food in this era. We might call them chips, fries, frites, or fried potatoes, but essentially, they are a universal junk food. There is a running debate between the French, Spanish, and Belgians regarding who invented the widely popular greasy snack. However, what has been established is that Thomas Jefferson introduced them to the United States, and potato farmers all over the nation should be thanking him. In 1802, Jefferson served the first French-fried potatoes at a White House dinner.

Today, around seven percent of all potatoes grown in the US are made into McDonald’s French fries.[6] Yes, the fries are made from real potatoes, cut and fried like any other chip. Furthermore, the chain sells more than a third of all fries sold in restaurants across the US. How’s that for potato dominance?

The jingle for the “I’m Lovin’ It” campaign will forever be a tune that gets stuck in our heads at the most inconvenient times, making our mouths water for that greasy goodness. It was the longest-lasting McDonald’s campaign and was created by the German Agency Heye & Partner. Since its release in Germany in 2003 (known as “Ich Liebe Es”), it has aired in 120 countries in at least 20 languages! This was McDonald’s first-ever attempt at creating a worldwide marketing campaign and led the way in marketing for future fast food restaurants.

For the US release, McDonald’s paid Justine Timberlake a whopping $6 million just to sing the tune. They also sponsored a 35-city European tour for the international pop star.[7] All this when he didn’t even physically appear in the original commercial! Then again, although this seems like a lot, knowing today how much revenue the jingle has generated, he probably should have been paid more!

Fun Fact: In November 2003, Pharrell Williams produced an “I’m Lovin’ It” EP, which included an instrumental version of the jingle and went to the top of the charts in Belgium. 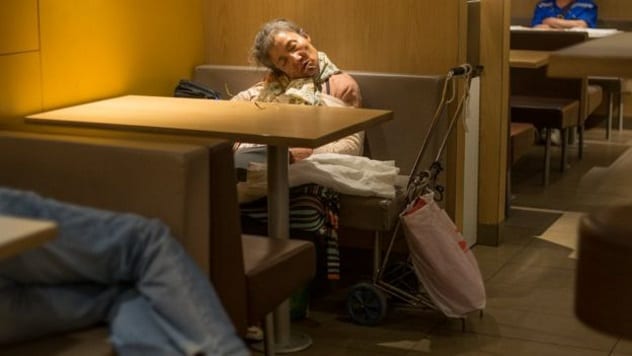 McDonald’s restaurants in China and Japan are actively buzzing with people during the day, but come nightfall, they turn into temporary hostels for the homeless population. This is especially prominent in Hong Kong. After the death of an elderly lady went unnoticed for seven hours at a McDonald’s in Hong Kong in 2015, the company released a statement saying that they accommodate “all walks of life” and that they had found a balance between being accommodating and caring and ensuring good experiences.

The city of Hong Kong has labeled these people as the “McRefugees.” They come by late at night to sleep, and McDonald’s restaurants across the city lower their lights to be accommodating for the elderly patrons living under the poverty line.[8] 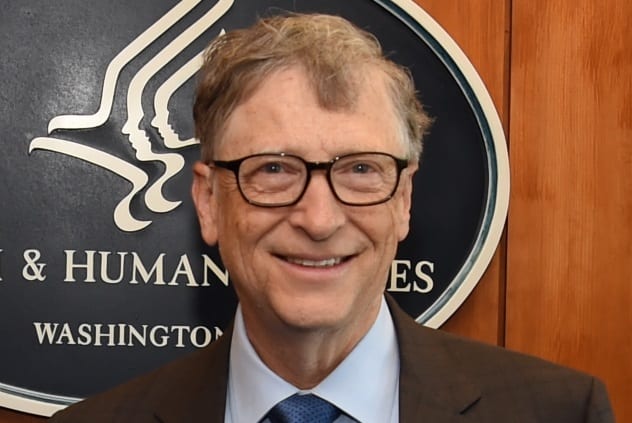 Photo credit: US Department of Health and Human Services

In complete contrast to the McRefugees situation, the rich and famous seem to be offered free everything, including fast food. (Talk about the rich getting richer.) Other members of high society like Warren Buffet and Rob Lowe also hold Gold Cards, but unlike Bill Gates’s worldwide pass, they are limited to certain states and cities.[9]

Surprisingly, the concept isn’t just limited to McDonald’s. Burger King offers a “Crown Card,” whose members include Jennifer Hudson, George Lucas, and Hugh Laurie, while Nandos offers a “Black Card,” also known as the “High Five.” The only known holder of this is Ed Sheeran, as despite the card rules, he posted a selfie with the card, which has spread globally over the Internet.

Fun Fact: Hugh Laurie attained his Burger King Crown Card by speaking with the company’s PR team and pretending he already had one. 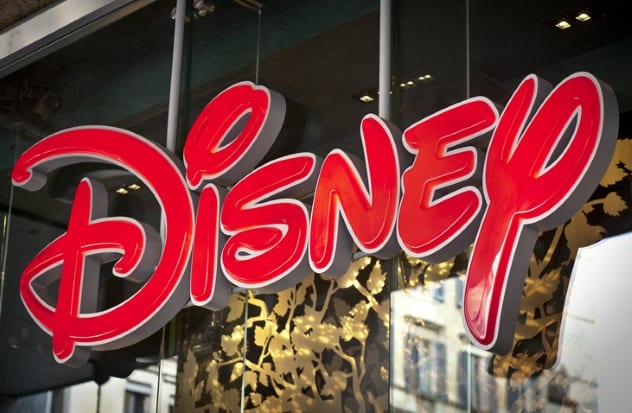 Did you notice how the famous Happy Meals stopped sporting little Disney toys and started sporting other brands? The once-beloved Disney Happy Meal toys came to a rapid halt in 2006, when Disney chose not to renew its contract with the fast food giant. Disney stated that it prides itself on being family-friendly and wanted to distance itself from the predicted onslaught of child obesity.

It was revealed that the agreement with McDonald’s was worth over $1 billion and $100 million in royalties. Furthermore, the partnership promoted Disney films and TV shows, some of which Disney specifically aimed at the McDonald’s target audience. On top of that, Disney had allowed McDonald’s to set up stalls inside its famous theme parks. Those stalls came to an abrupt end.

Scientists have approved of children’s film characters ceasing to be associated with junk food and have instead suggested the promotion of healthy foods. This was displayed in Shrek 3 promotions by McDonald’s, which selectively promoted healthier Happy Meal options like apple slices and salads.[10]

Hello! I am an aspiring travel blogger working my way to fame on Instagram. Feel free to follow me on @lifeinwonderlandd for free travel tips, feature competitions, and much, much more!

Read more about about the world’s biggest restaurant chain on 10 Worst Crimes To Occur In A McDonald’s and Top 10 Failed McDonald’s Products.