It would be nice if every crime had a neat solution and every wrongdoer received the justice he or she deserved. Unfortunately, we will likely never get any closure for innumerable cases from history.

People have been attacked and menaced by some strange characters—including those so bizarre that some people question whether these villains existed at all. Here are 10 mysterious attackers and all we know about them. 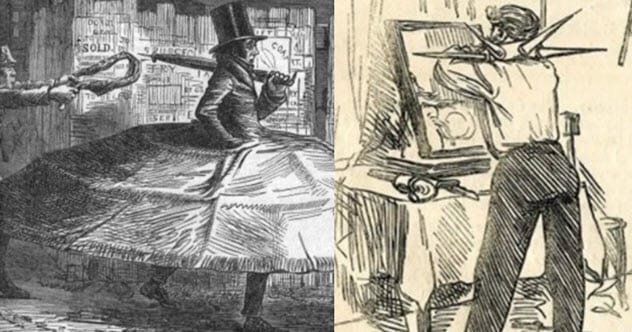 In 19th-century London, an odd range of clothing came into vogue. Gentlemen of fashion began wearing heavy studded leather collars or cravats with razor blades sewn into them around their necks. This was not an early example of fetishism but rather an attempt to deter the crazed garrote gangs then terrorizing the city.

The garroters would sneak up behind people and sling fabric or rope around the neck of their victim. While trapped, the victim would be relieved of his valuables.

Sometimes, the garroters used just their arms to throttle their target, punching the person on the forehead to get him to expose his throat. This method of robbery was thought to be “ruffianly” when compared to the more “gentlemanly” figure of the highway robber on his horse.[1]

The wearing of an anti-garrote collar was soon roundly mocked by the press. Oddly, though, after the creation of a London police force, their earliest officers wore 10-centimeter-high (4 in) leather collars to avoid strangulation.

Some doubted that there really were garrote gangs roaming the streets and described the issue as “fuss and bother.” But periodic panics continued to occur when people walking the streets of London would feel a shiver on their exposed necks. 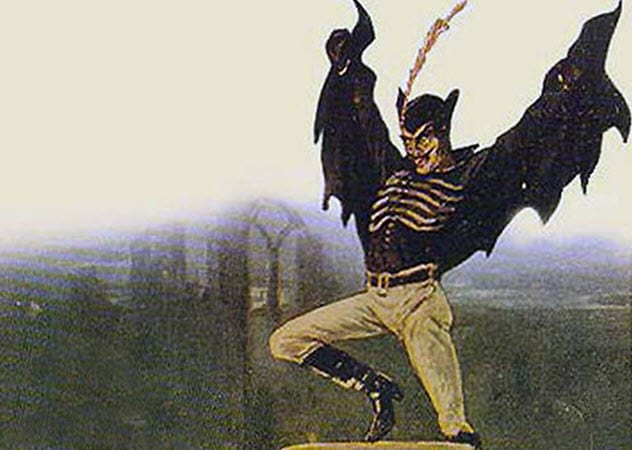 Before well-organized streetlights banished the gloom, night in a city could be a scary and perilous time. Imagine walking home alone when a figure leaps out of the darkness. Some had seen a human form bounding from rooftop to rooftop with inhuman jumps.

As Mary Stevens walked home in 1837, this monster leaped at her and began to rip at her clothes with hands “cold and clammy as those of a corpse.” Mary Stevens had just been attacked by Spring-Heeled Jack.

Other incidents soon followed. Jane Alsop described how she was assaulted by this diabolical figure: “He was wearing a kind of helmet and a tight-fitting white costume like an oilskin, and he vomited blue and white flames!” After attempting to strangle her, Spring-Heeled Jack flew into the night.[2]

At first, many doubted the existence of this evildoer, but some considered him to be a serious threat. The Duke of Wellington took to arming himself and riding through the streets to hunt Spring-Heeled Jack. The army set traps. Despite shots being fired at him by an angry crowd, Spring-Heeled Jack escaped unharmed, never to be caught. It is night in World War II Prague. The Gestapo is about to arrest a brave Czech resistance fighter. But suddenly, a man appears, making huge leaps across building roofs to beat down the Nazis and free the innocent.

Dressed all in black and with superhuman jumping abilities, he seems to have springs in his heels. No, it is not Spring-Heeled Jack. This is Perak, the Spring Man of Prague.[3]

Although this heroic story was commonly told about Perak, he also attacked Czech citizens who collaborated with the Nazis. This was a warning to others not to play along with the invaders. His earlier activities, however, paint a less heroic picture.

Earlier in the war, there were tales of a high-jumping person who would leap down on any member of the public foolish enough to be out alone at night. Then he would rob, murder, or rape the victim and bound away into the darkness. This was enough to deter many from working late shifts in factories, which slowed production and hurt the Nazis. 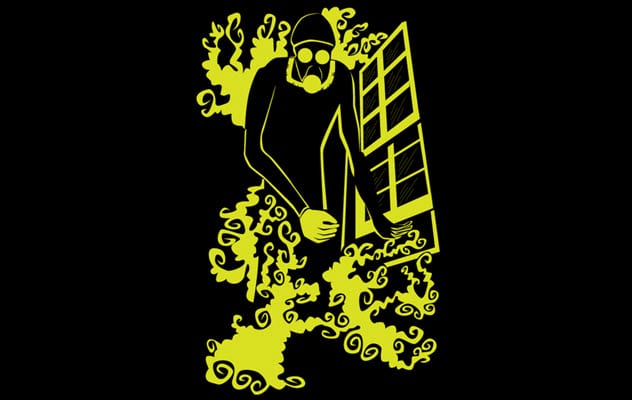 In wartime, all fears are heightened. Is that person looking intently at a map simply lost or a nefarious spy? For that reason, when people in Mattoon, Illinois, began to report being targeted in their homes in 1944, the whole town became panicked.

The incidents began when a man woke up one night to find a strange smell in his home. Fearing it was a gas leak, he tried to wake his wife. But she was paralyzed and unable to move.

Others reported similar episodes of paralysis. In one instance, the smell was found to be coming from an open window. A husband returning home late saw a strange man lurking outside. Clearly, this was a case of a gas attack.

The evildoer was soon dubbed the “Mad Gasser of Mattoon” and the “Anesthetic Prowler.” In the attacks that followed, the perpetrator was identified as either a man or a woman dressed as a man. Eventually, 33 people claimed to have smelled the gas used in these incidents. But no one can be sure there even was such a villain.

Some believe that the victims were smelling a gas leak from a factory. Others suspect that the case was one of pure mass hysteria. Whatever the reason, people slept with their windows closed for a while.[4]

6 The Axeman Of New Orleans 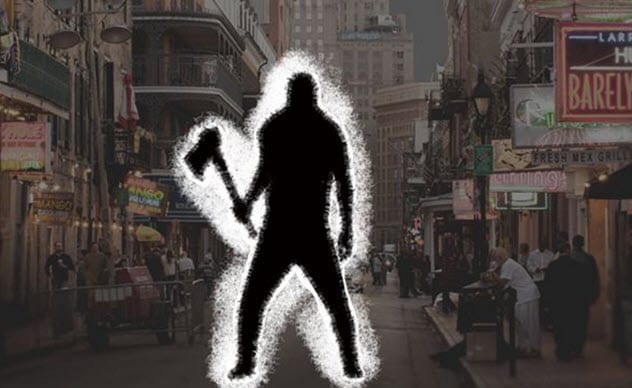 In New Orleans, 1919 was a dangerous time for those who did not like jazz. A letter was published in the papers that supposedly came from a figure known as “the Axeman”— a person who had attacked several families late at night and left a trail of bodies in his wake. According to the letter:

At 12:15 (earthly time) on next Tuesday night, I am going to pass over New Orleans. In my infinite mercy, I am going to make a little proposition to you people. Here it is: I am very fond of jazz music, and I swear by all the devils in the nether regions that every person shall be spared in whose home a jazz band is in full swing at the time I have just mentioned.

If everyone has a jazz band going, well, then, so much the better for you people. One thing is certain and that is that some of your people who do not jazz it out on that specific Tuesday night (if there be any) will get the axe.[5]

Most often, the Axeman broke into houses using a chisel. Then he would take an axe belonging to the homeowner and attack those at home with it. Most of the victims were Italian grocers.

It seems likely that the incidents had nothing to do with jazz. It was probably a case of prejudice against immigrants who were moving up in the world. The Axeman was never caught. 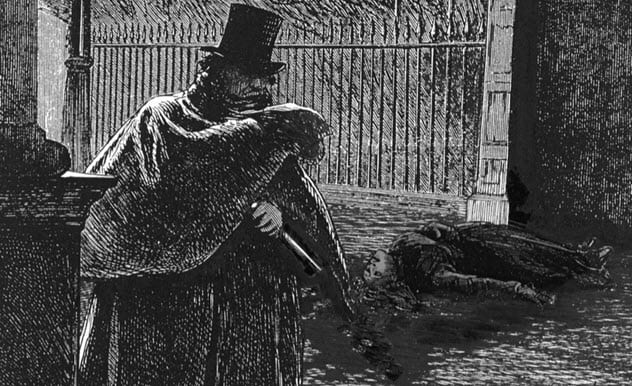 In 1888, London was the capital of an empire that spanned the globe. Alongside the glittering riches of the imperial city, however, dark streets shadowed the masses where poverty reigned.

In these dank corners, one of the most infamous murderers in British history operated. Jack the Ripper killed at least five women in what became an “Autumn of Terror.”[6]

The deaths of Mary Ann “Polly” Nichols, Annie Chapman, Elizabeth Stride, Catherine Eddowes, and Mary Jane Kelly were soon taken up by the popular press. The wounds inflicted by their killer were picked over for any clue that could possibly identify the perpetrator. In the 130 years since, hundreds of books have been published and almost as many suspects have been named—none of them conclusively.

However, recent research has begun to focus not on the killer but on the female murder victims. Long described as prostitutes, at least some of the women were probably nothing of the sort. Instead, they were just down-on-their-luck, random women targeted by a vicious opportunist. 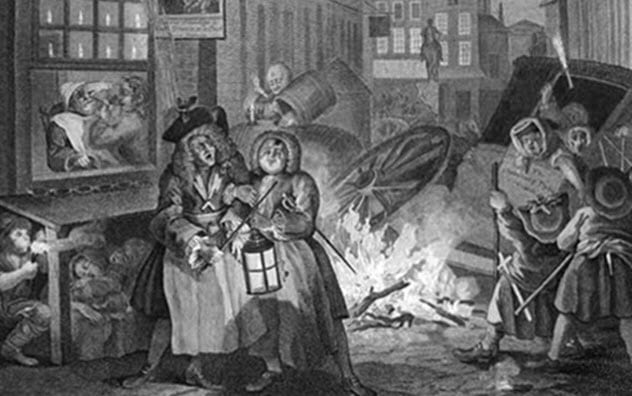 A certain type of upper-class British male has always been drawn to acts of violence. The current prime minister was once part of the elite Bullingdon Club at Oxford University which is famed for its boisterous activities in wrecking restaurants and smashing windows. In the early 18th century, it was a gang of wealthy men known as the Mohocks who terrorized London.

According to one account: “They put an old woman into a hogshead and rolled her down a hill; they cut off some noses, others’ hands, and several barbarous tricks, without any provocation. They are said to be young gentlemen; they never take any money from any.”

Some of their japes were relatively harmless, like smashing windows by throwing handfuls of coins through them. Others were said to be vile. “Tipping the lion” was said to consist of squeezing the nose flat and poking out the victim’s eyes with their fingers.[7]

The Mohocks were never caught, if they existed at all. Despite a bounty of £100 placed on them, the Mohocks eluded detection and disappeared back into the ranks of the upper classes. 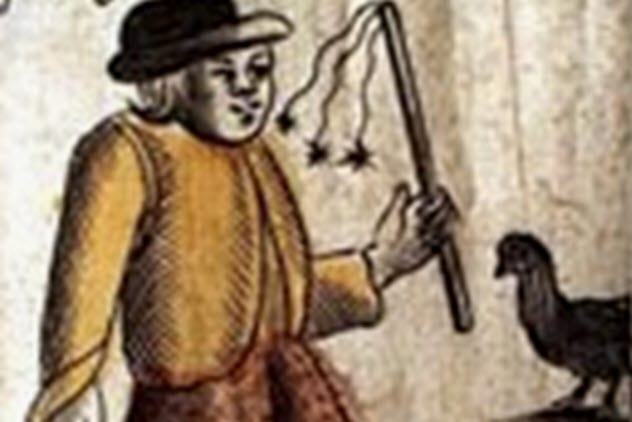 In 1681, a series of attacks terrified the ladies of London and elsewhere in England. A man would appear behind a lone woman in a dark, narrow alley. He would lift her dress and, with a cry of “Spanko,” slap her behind.

At the time, reports suggested that this was not the first of these incidents. One man “about nine years since proved such an enemy to the milk-wenches bums.”

The perpetrator was named “Whipping Tom” by the press, but the reports of his assaults were not taken very seriously. There was a prejudice against women who were out alone at night. Surely, they must have been asking for it?

Some reports actively called the victims prostitutes even if they were not. After one attack on an actual prostitute, it was said that “he so swinged her tail, that tis thought, she will not be capable of her trade for some time.”[8]

The Whipping Tom of 1681 was never caught. But when a new Whipping Tom appeared in 1712, that one managed to spank 70 ladies before Thomas Wallis was arrested and confessed to the crimes. If you are ever accosted by a stranger wearing shoes with shiny buckles, you should probably run. In 1938 in Halifax, England, this man with the flamboyant footwear became known as the “Halifax Slasher” for his habit of assaulting women with knives, razors, and hammers.[9]

In the course of two weeks, around nine people faced attack from the Slasher. As more women reported being menaced by him, public mood turned ugly. Shops and businesses closed, and vigilante groups hunted the Slasher. When one man was misidentified as the evildoer, a mob gathered to demand his death. Only the intervention of the police prevented his killing.

After Scotland Yard began an investigation, several of the women who had suffered assaults confessed to hurting themselves and giving false statements. Four spent time in prison for creating public mischief.

Perhaps the Halifax Slasher panic was primed by an earlier series of attacks in the area. In 1927, James Leonard was convicted of assaulting women and slashing their clothing. Ladies of London had a rough time in earlier centuries. In 1788, a new threat came on the scene. Known only as the “London Monster,” this villain would berate his female targets with foul language before stabbing them in the backside. The Monster appears to have suffered from piquerism, the sexual desire to pierce a person’s skin. To achieve his goal, he had several tricks.

With some victims, he simply jabbed them with a knife. With others, he used blades attached to his knees so that he could keep his hands free while attacking a lady with a well-placed knee to the bottom. One of his most dastardly plots was to invite a lady to smell the flower in his lapel and then stab her with a spike hidden among the petals.[10]

Once again, the papers reported the assaults with glee, and armed groups stalked the streets to catch the Monster. Ladies sought to protect themselves by hiding copper pans next to their bottoms.

One man was arrested and tried for the crimes, but some doubt that the Monster ever existed. Either way, copper kitchenware had never been so fashionable.