The Shakespeare authorship question encompasses around 70–80 alternative theories on the traditionally held view that William Shakespeare wrote his own works. Some theorists believe it is virtually impossible that he created the masterpieces that we all believe he did.

Novelist Henry James once wrote that he was “haunted by the conviction that the divine William is the biggest and most successful fraud ever practiced on a patient world.” Here are 10 of the most interesting theories on who the true author may have been. 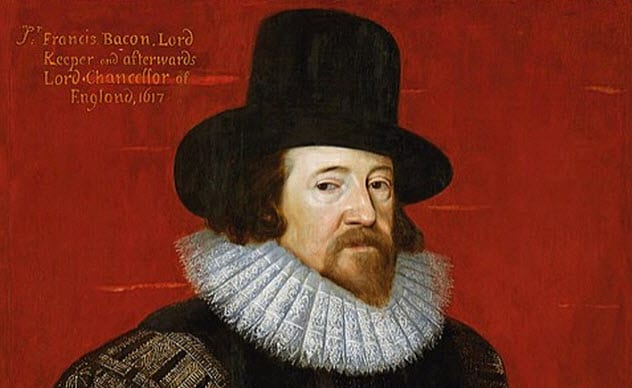 Those who suggest that Francis Bacon was the Bard have aptly been dubbed “Baconians.” As Bacon was a philosopher, author, scientist, and historian of his time, Baconians have put forward that he was part of a wider group that sought to undermine and criticize the monarch.

The 1867 discovery of documents containing Bacon’s essays, torn-out copies of Richard II and Richard III, and references to Shakespearean wordplay further inflated this theory. This led to a detailed study of Bacon’s literature and claims that similar distinct words appeared in the texts of Shakespeare and Bacon.

The Francis Bacon Society was founded in 1886. The group asserted that Bacon was the founder of the Rosicrucians, a mysterious hidden occult organization centered on pro-Western ideals. Supposedly, they wrote many things, including the full Shakespeare legacy.

Supporters of this theory included Mark Twain and Friedrich Nietzsche. A court in Chicago even ruled in 1916 that Bacon was the true author of the texts. However, it has never been definitely proven and continues to exist only as a theory.[1] 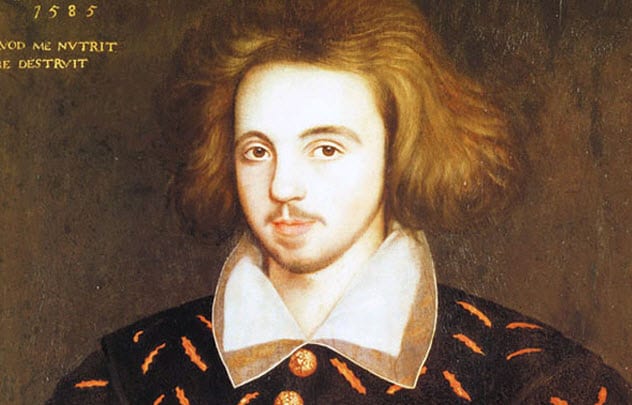 Christopher Marlowe was killed in a street fight in May 1593 after being stabbed above the eye during what was reported as a drunken scuffle. So, he was killed before Shakespeare had published for the first time.

Central to the Marlowe theory is that he faked his own death on that night in 1593 and began to publish under the pseudonym William Shakespeare. The writing styles of Marlowe and Shakespeare are similar, with consistent use of styling and themes such as comedy and the supernatural.

In fact, Marlowe is widely believed to have written passages of Richard III by even traditional Shakespeare believers. The Marlowe theory was so strongly held by writer Calvin Hoffman that the terms of his will funded a prize for a yearly essay writing competition on the topic. Hoffman hoped that the truth would finally be uncovered after his death.[2]

It seems likely that Marlowe did die in 1593, but the body of theories surrounding him is still going strong today. 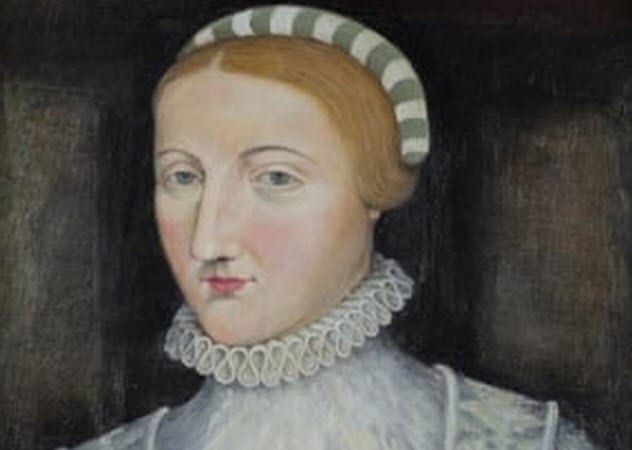 Yes, Anne Hathaway, the wife of William Shakespeare for 34 years, has been mentioned as the true writer of the Shakespeare legacy. Hathaway, who shares her name with the modern actress, was Shakespeare’s doting wife who bore his children. He makes very little reference to her within his works. But perhaps most famously, he left her his “second best bed” in his will.[3]

The evidence for this theory is paper-thin, but little is known about Anne Hathaway. She existed in a time when women would not be published writers. The Bronte sisters all had to publish under male pseudonyms (Currer, Ellis, and Acton Bell), so is it entirely unbelievable that Anne Hathaway could have done the same?

It’s certainly one of the most outlandish fringe theories that exist in the Shakespeare authorship question. But she was the closest person to him and is put forward for that very reason. Interestingly, there was some social media buzz created in 2018 when people suggested that the actress Anne Hathaway and her husband, Adam Shulman, were the couple reincarnated. 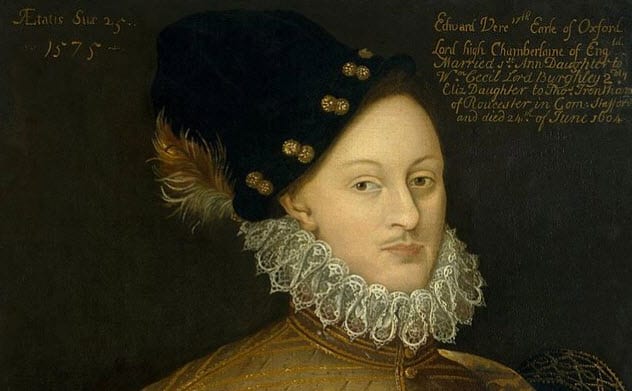 Edward de Vere was the 17th Earl of Oxford and is believed to be the centerpiece of one of the most likely theories that currently exists. Writer J. Thomas Looney first introduced the idea in 1920 and based it around the fact that Shakespeare’s low status and education were not in line with the literature that he was able to produce.

Someone such as de Vere seemed much more probable. His social circle and contacts were more likely to have influenced the themes of the famous plays.

De Vere was known to be heavily involved in the theater and was a patron for a number of acting groups. Additionally, he died in 1604 which is approximately the time that Shakespeare’s prolific writing began to wane.

Followers of the theory claim that many of de Vere’s life experiences are carried out in plays such as Macbeth, Hamlet, and Richard II. The Oxfordian theory (as in Earl of Oxford) was so popular that it has been featured in popular culture, including a 2011 dramatic film Anonymous starring Rhys Ifans as the earl. In the movie, Shakespeare is portrayed as a drunken fraud who may have had a hand in the murder of Christopher Marlowe.[4] 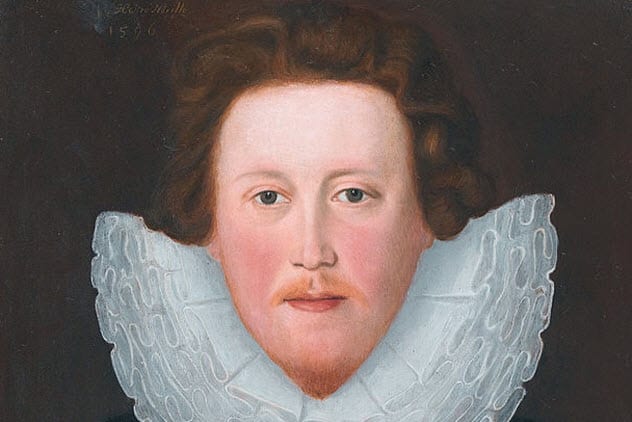 The Nevillean theory is interesting because it is the most recent one on this list. The idea was suggested in 2005 and concerns the diplomat Sir Henry Neville, who lived and worked in London during Shakespeare’s heyday.

Brenda James, one of the two creators of the theory, found the name “Henry Nevell” when attempting to decipher possible codes by manipulating some of Shakespeare’s letters. Then other writers began to find more evidence.

John Casson cites the fact that Neville’s library is full of books which have annotations about Shakespeare’s plays, further tying him to the body of work. It is also argued that Neville, by carrying out public service and legal work, had the appropriate experience to be able to include the legal detail that Shakespeare put in his plays.[5]

The Neville theory is founded on the discovery of hidden codes within the Dedication to Shakespeare’s Sonnets and is as fascinating as it is unnerving. Further decoding may uncover more hidden secrets. But arguments against this theory say that investigators are forcing hidden meanings where they just don’t exist. 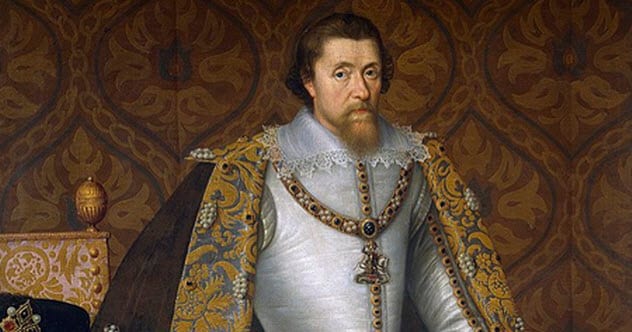 The idea that the reigning monarch of Shakespeare’s time is the true author of the works is a little absurd, but this has not stopped the fringe theory from developing. Although believers may not exactly claim that James wrote the works, they cite his heavy influence and the relationship between the two men.

Macbeth was said to have been influenced by the king’s book Daemonologie and Reginald Scot’s The Discoverie of Witchcraft.

Also, the character of Banquo is supposedly based on a real ancestor of James I. Shakespeare’s company played for the royal court and was known as the King’s Men because James had become the patron. As the most powerful man in the country, James’s reach and influence would unquestionably have had an impact on what Shakespeare was writing.[6] 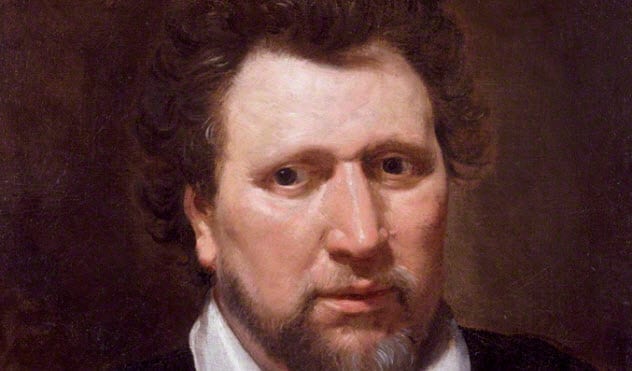 Those who are against the idea that William Shakespeare really penned his legacy are known as Anti-Stratfordians. Many of them believe that Ben Jonson knew the true identity of the author (and some say it may have been Jonson himself).

It is difficult to pinpoint Jonson as the true author because he famously wrote a eulogy on the death of the man from Stratford-upon-Avon. However, Jonson’s works seem to leave a hint of something more. Some of the characters in his works are interpreted as an allegory to the entire cover-up, while his eulogy in the First Folio is read as being infused with hidden meaning.

In his book Who Wrote Shakespeare?, John Michell claimed that Jonson was involved in the compilation of the First Folio. Michell added that “how they acquired authentic copies and the rights to plays previously published, the editors were secretive and mendacious. The originals from which they worked have never been seen since.”[7]

It seems that Jonson had inside access to whatever secret there was to keep. If a thorough investigation could somehow take place now, you would be starting in the right place by questioning Jonson. 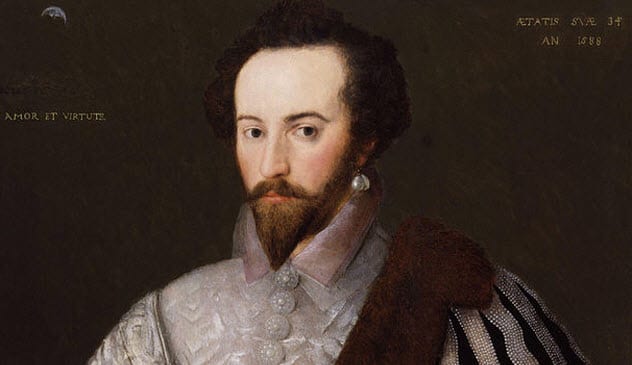 Sir Walter Raleigh was one of the most famous figures to come from the Elizabethan era due to his expeditions to the Americas. Raleigh has been put forward as one of the potential authors of Shakespeare’s works.

The theory behind Raleigh, which centers on the fact that many of his life experiences were connected to the great works of Shakespeare, was first advanced in the 1877 pamphlet Is Sir Walter Raleigh the Author of Shakespeare’s Plays and Sonnets?

Raleigh is also mentioned as a writer connected to an underground collective that may have authored the entire works of Shakespeare using the Bard’s name as a front.[8]

In 1618, Raleigh was executed by beheading to appease the Spanish because he had attacked a Spanish outpost. Raleigh had spent over a decade in prison, so it’s unlikely that he was able to influence the authoring of Shakespeare’s works during this time. Little more is raised in this theory, but it remains a controversial and interesting one. 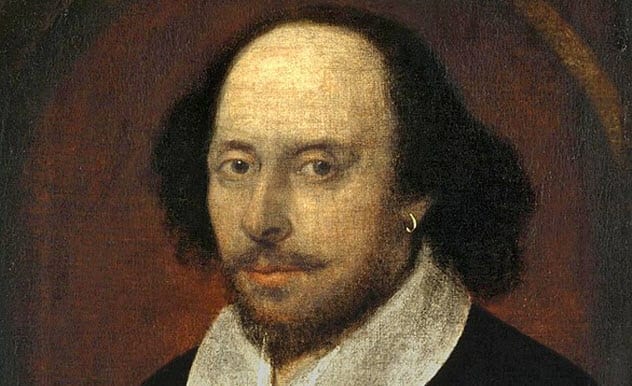 Of course, there is the argument that the works of William Shakespeare were authored by none other than . . . William Shakespeare. The written evidence exists that a man named Shakespeare from Stratford-upon-Avon moved to London in the 1590s and began penning plays for the Chamberlain’s Men (later called the King’s Men after James I became patron).

The universally held view is that the wealth of documented evidence of his name—whether on his own works, contemporary writers’ works, or in official state records—proves beyond a doubt that Shakespeare was the true author. After Shakespeare’s death in 1616, writers John Heminges and Henry Condell (who had worked with Shakespeare for years) published the First Folio. This edition contained tributes to Shakespeare from them and Ben Jonson in which they lamented his death and praised his body of work.

Columbia University professor and renowned Shakespeare biographer James Shapiro wrote in his 2010 book Contested Will that, after careful consideration of all theories, William Shakespeare was the true author.[9]

1 A Collective Of Authors 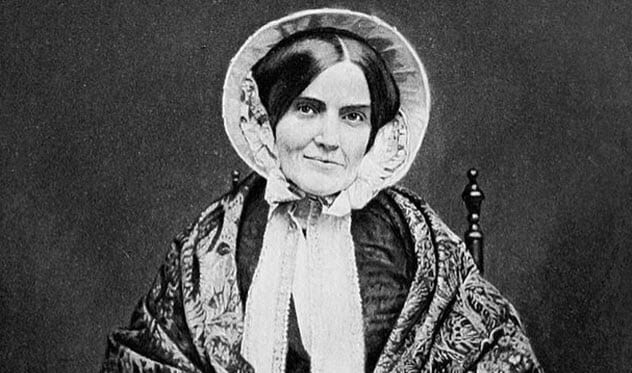 The theory that Shakespeare was written by a collective of “high-born wits and poets” was first hypothesized by Delia Bacon in 1857. This idea is slightly more believable than some others as Delia Bacon claimed that a committee existed in secret and they wrote the entire works of Shakespeare.

The group was led by Francis Bacon (no relation to Delia) and included other suspected authors like Edward de Vere and Walter Raleigh, who were thought to be disappointed with their own careers. So they took to this underground operation.[10]

This theory was furthered in 1931 when Gilbert Slater claimed in The Seven Shakespeares that Francis Bacon, de Vere, Raleigh, William Stanley, Christopher Marlowe, Mary Sidney, and Roger Manners all existed as the “Oxford Syndicate.” Some of the so-called “group theories” position Shakespeare as the front man of the syndicate, plucked from his lowly education and paid money to be the face of the writings.

It sounds like one of the more plausible theories. But it would certainly be a sad and dark day in English literature if the man known as the Bard was proven to be a hired front man.