Once home to the ancient Romans, Italy is a great window into the past. Using archaeological discoveries, the view spans from prehistoric times to just a few centuries ago.

There are hidden chambers, mysterious cave rituals, and possibly even assassinations. More intriguingly, some of Italy’s unique finds are also its strangest—metal streets, fossilized crawling, and even vanilla-flavored rocks. 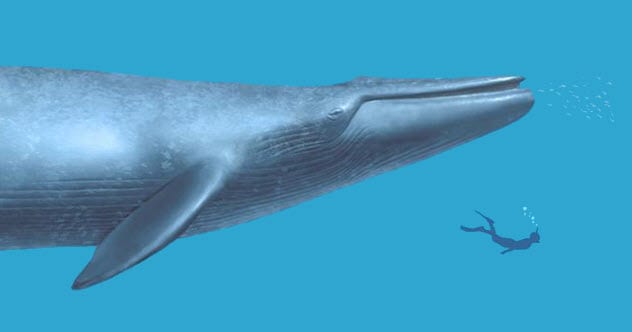 In 2006, a farmer in Matera arrived at a lake and found enormous vertebrae near the shore. It turned out to be the biggest whale fossil ever discovered. The creature was a blue whale, a species still alive today and famous for being the largest animal in existence, past and present.

This individual measured 25.9 meters (85 ft) long, but more surprising was its age. The mammal cruised the seas 1.5 million years ago. This was much earlier than when giant whales supposedly became a thing. Considering that behemoths evolve as such, big whales must have existed far earlier than the Matera blue whale.

Since chicken teeth are more abundant than massive whale fossils from the last 2.5 million years, the issue cannot be settled to everyone’s satisfaction. Ever so slightly, the Matera fossil supported the idea that whales started growing bigger and did so gradually millions of years ago.[1] 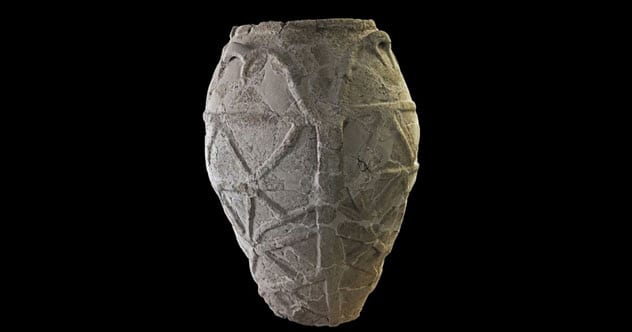 Around 20 years ago, archaeologists found pottery shards at Castelluccio, a village in central Italy. The fragments belonged to a jar. After its 400 pieces were reassembled, the vessel was around 1 meter (3.5 ft) tall and looked like an egg.

A 2018 analysis tried to find out what the jar contained and how old the contents were. Using several cutting-edge techniques, the team found signs of linoleic and oleic acid—in other words, olive oil.

This was perhaps not so surprising given Italy’s long love affair with the “liquid gold,” as it is sometimes called. An age test, done with nuclear magnetic resonance, squarely put the oil in prehistory.[2]

Remarkably, the jar and its contents were 4,000 years old. This showed that the region already produced olive oil during the Bronze Age, a whopping 700 years earlier than previously believed. 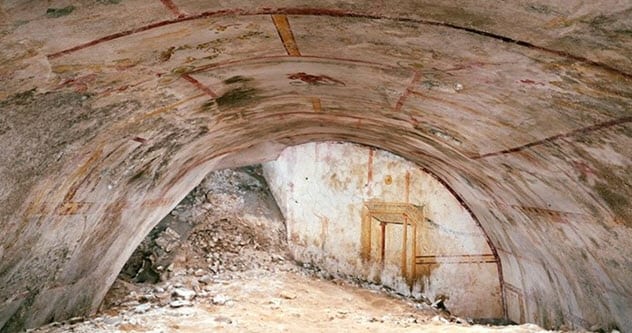 When Nero ruled as the Roman emperor almost 2,000 years ago, he lived an opulent and cruel lifestyle. After his death in AD 68, his palace in Rome, known as the Domus Aurea (“Golden House”), was so luxurious that it even disgusted his successors. It sprawled 300 acres over several hills.

Piece by piece, the Domus Aurea was deliberately obliterated. Some areas were hidden under renovations or filled with sand. One famous piece that was built over became the Colosseum.

In 2019, archaeologists engaged in a restoration project of the Domus Aurea. While working on the Oppian Hill sector, they needed more light. The moment it flooded the room, the team noticed an opening in one corner. It led to a large chamber with a vaulted ceiling and painted walls.

The murals included the god Pan, centaurs, plants, aquatic animals, birds, and a warrior fighting a panther. The so-called Sphinx Room (there was also a sphinx) was filled with dirt. The rubble will not be removed as it could weaken the entire complex. But even half visible, it offered a tantalizing glimpse at a room in which Nero himself might have stood.[3] 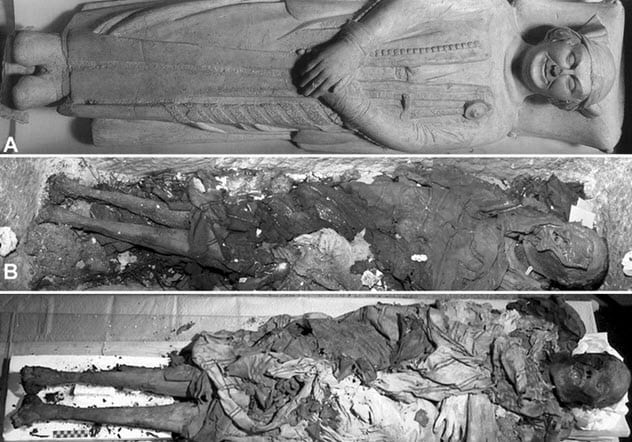 The Scaligeri dynasty ruled Verona, Italy, for 90 years. The most famous member, Cangrande I della Scala, rose to the throne at age 20 in 1311. Through betrayal, warfare, and politics, he united northern Italy.

At one point, he won the city of Treviso. He rode in victorious and died four days later. His physician was executed shortly afterward, but the reason was never recorded.

Writers of the time claimed that Cangrande’s death resulted from a polluted river where the 38-year-old warlord had quenched his thirst. Rumors of assassinations also floated.

In 2004, his mummified body was exhumed to explain Cangrande’s symptoms of diarrhea, nausea, and fever. His bowels and liver contained toxic levels of digoxin and digitoxin. Both chemicals are produced by a lethal plant called foxglove. Furthermore, foxglove pollen was found in the warlord’s stool samples.[4]

Time degrades the quantities, which meant that the original amount of poison was likely fatal. It remains impossible to say how Cangrande ingested the toxin or whether it was murder. The executed doctor’s story also remains hazy, but he could have been killed for giving it to Cangrande or failing to save him. 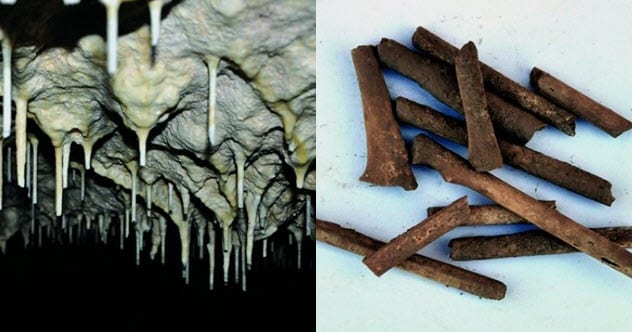 In ancient times, burial rituals sometimes included defleshing. During this gory task, the deceased’s bones were stripped of all flesh. Although this happened all over the world, no evidence of defleshing had ever been found for prehistoric Europe.

This started to change when human bones turned up in Scaloria Cave in Italy. The bones were found in 1979, but only recently, in 2015, did scientists examine over 2,800 bone fragments belonging to at least 22 people. The latter had lived during Neolithic times around 7,500 years ago.

Cut marks suggested that this was the first ancient European community who defleshed their dead. Given the clean state of the bones and the slight marks, the “cleansing” required minimal effort. This was probably because the bodies were first buried and then exhumed after about a year. By then, most organic materials had decomposed.[5]

The original burials likely happened outside the cave somewhere. The second ritual placed the bones, together with grave goods, in a large chamber inside Scaloria Cave. 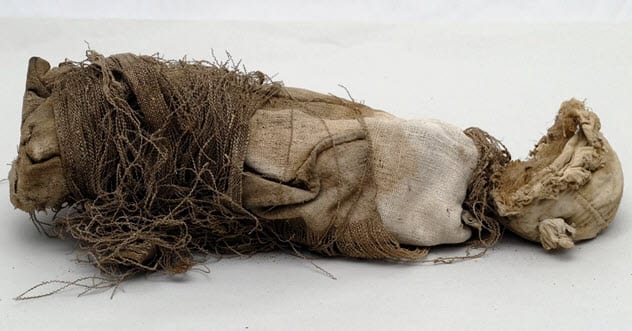 In 2009, a 6.3-magnitude earthquake devastated L’Aquila in central Italy. Over 300 people lost their lives, and neighborhoods were severely damaged. Among the affected villages was Casentino. The settlement harbored a historical building—the St. John the Evangelist Church.

The holy site had not escaped unscathed. A part of its floor collapsed, revealing rooms below. They were filled with human remains. Scientists moved in and determined that the skeletons were around 200 years old. A small bundle, dating back to around 1840, contained a mummified baby.

When the parcel was zapped with a radiograph, the child’s gender could not be determined. But two things soon emerged with tragic clarity. The fetus had died when it was around 29 weeks into development or the seventh month of pregnancy. The tiny skeleton had also been clipped apart.[6] 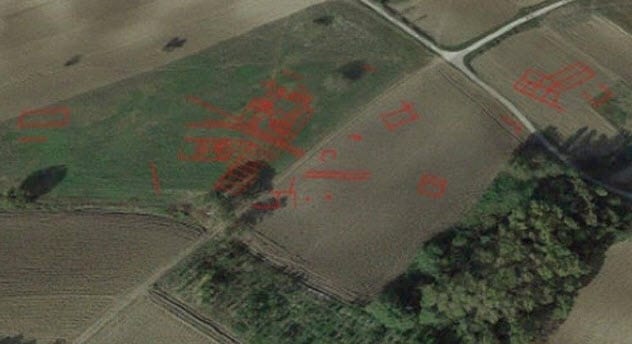 A few years ago, construction workers stumbled onto a religious site. While working near the Apennine Mountains in Italy, they found two temples from the late Roman period (AD 300 to AD 600). The rough terrain of the region made it too dangerous for archaeologists to gather data by plane, but they were desperate to find out about the ruins.

Nobody knew who built the temples, what they were used for, and why the buildings appeared to stand alone in the valley. Between 2013 and 2015, archaeologists enlisted the help of drones. The plucky machines not only flew where no plane had flown before but they also sent back photos that stunned the team.

Computer programs used the images to find ruins below the ground. Appearing on the computer’s screen, the pictures revealed something unexpected—near the temples was an entire settlement. A dense pattern of buildings included storage areas and homes.[7]

Although researchers got a good understanding of the town’s internal organization, its link to the temples and why the settlement was abandoned remain unanswered. 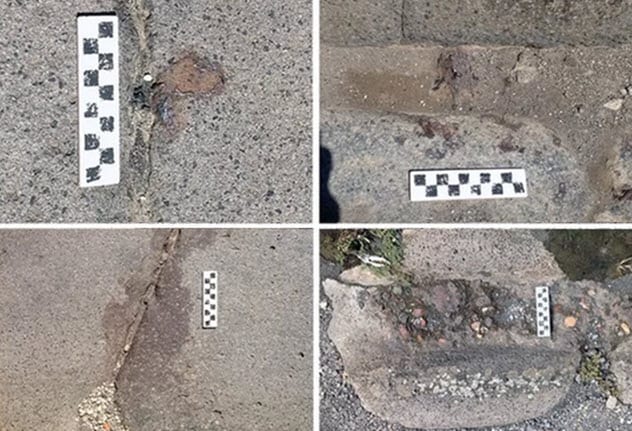 The Roman Empire was famous for its paved roads. One of its cities, Pompeii, was just as famous for being destroyed by a volcano in AD 79. The event preserved the settlement, making it a smorgasbord for archaeologists looking for time capsules. Sometimes, these capsules bring surprising details about the past into modern times.

One of them was Pompeii’s metal streets. The lanes were not made of metal. But using a process that remains mysterious, the ancient Romans poured molten iron between the stones to repair them.

This was pure genius. Pompeii was a busy place, and the roads eroded quickly. However, replacing stones with new ones could have closed down important lanes for months. Instead, iron drops found in the city showed that they carried the molten metal, somewhat messily, toward where it was needed.[8]

Once they arrived at the worn slabs, the workers poured the iron under, between, and above the holes to fill them up. Once the iron cooled, the road was ready to use again. 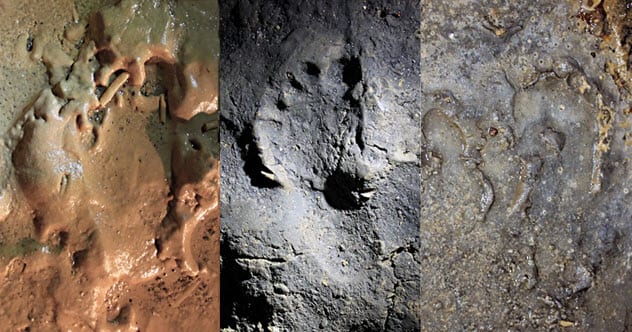 In 2019, around 180 human footprints were analyzed in northern Italy. Discovered inside a cave called Grotta della Basura, the prints revealed that five people had entered it 14,000 years ago. They were two adults, a preteen aged between eight and 11, and two children aged six and three, respectively.

After making it 150 meters (500 ft) into the cave, they arrived at a corridor and fell into a single file. The three-year-old was last in line. The party walked close to the wall until the ceiling lowered and forced them to crawl. The marks left behind from their hands, feet, and knees were the first fossilized signs of human crawling ever found.[9]

After making it through stalagmites, a pond, and a slope, they paused in a chamber. There, the three children did something unusual. They scooped clay from the ground and smeared it on a stalagmite at different heights. The group then exited the cave. 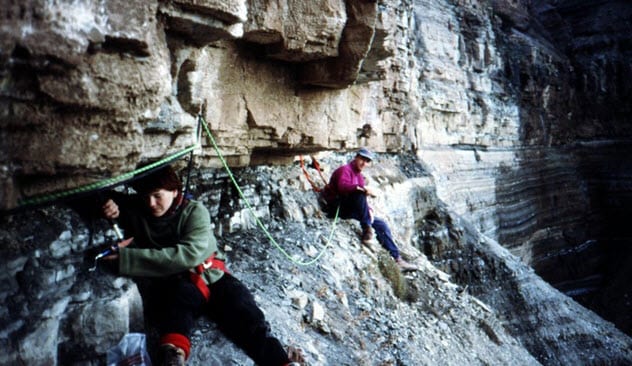 A cataclysm struck Earth around 250 million years ago. It was so merciless that 90 percent of all species vanished. Scientists call it “the Great Dying” because no other extinction could match the lives lost, not even the disaster that famously removed the dinosaurs 65 million years ago.

Theories like space impacts, microbes releasing too much methane, and world-destroying volcanic eruptions could not be proven. In 2015, researchers smelled cupcake-scented rocks in northern Italy. This was significant. The same molecule that gives the vanilla plant its flavor—vanillin—also occurs elsewhere in nature. However, in soil, bacteria quickly destroy it.

Finding large amounts of vanillan in rocks dating back to the extinction meant that something had removed the bacteria. It was probably acid because acidifying milk prohibits bacteria and makes vanilla-flavored drinks keep their taste longer.

This supported the volcano theory—that eruptions caused acid rain on a global scale, destroying ecosystems and making survival difficult. Although the discovery helped, researchers still need to find vanillin in other places to confirm that a worldwide deluge of acid rain once took place.[10]

Read about more intriguing Italian finds and mysteries on Top 10 Revealing Finds About Ancient Italy and 10 Ominous Italian Mysteries That Are Still Unexplained.