We take inventions that were created years ago for granted. But we often forget about the people who devised them. Once you read about the ways in which these people created their life-changing inventions, you’ll appreciate even more what they had to go through to make it.

There is so much we can learn from these inventors—from their determination to their resourcefulness and sacrifices. They did some surprising things in the process. In these modern times, we sometimes need to remind ourselves how far we’ve come. 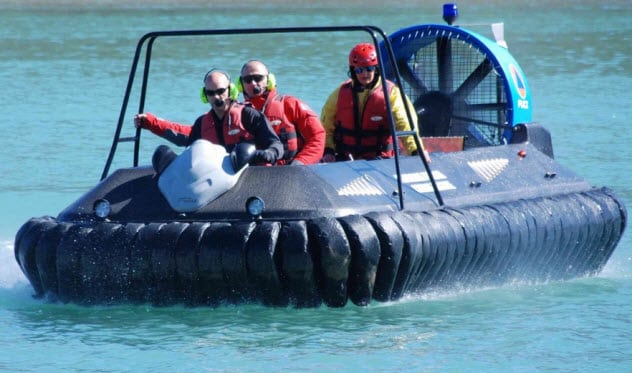 Christopher Cockerell became interested in the idea for the hovercraft after scientists discovered a basic prototype could float with a cushion of air inside it. The problem was that the air quickly escaped through the sides.

Cockerell demonstrated that a “wall” of air could solve this problem by trapping all the air. He conducted an experiment where he fitted a cat food tin inside a coffee tin and then pumped air from a vacuum cleaner between them.[1]

In 1955, he patented his idea. Four years later, his hovercraft test was successful after it traveled along the South Coast of England. His invention is especially useful in countries where there are worn roads and railway tracks. This gives people the chance to travel through different landscapes like rivers and deserts. 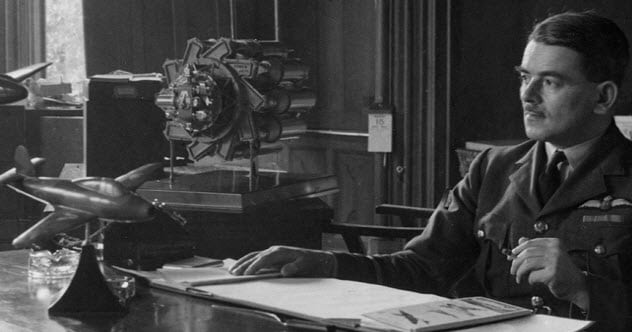 While studying at the Royal Air Force College, Frank Whittle wrote a paper on “Future Developments in Aircraft Design.” He went into detail about how airplanes would soon be able to travel at speeds of more than 800 kilometers per hour (500 mph).

They would be equipped with jet engines instead of propellers. Whittle described how his engine design would burn cheap fuel oil, thus producing gases that would turn the turbine blades and cause the plane to go forward from the sheer force of the gases.

Sadly, the Air Ministry wasn’t interested in his idea. In 1936, he decided to start a company called Power Jets Ltd. while studying at Cambridge University. He filed a patent for his turbojet engine idea as well as the turbofan. The engine was initially tested on the ground on April 12, 1937. Four years later in May 1941, it was installed in the Gloster E28/39 airplane and flown for the first time with no problems.[2]

Whittle showed that his jet engine design was much more efficient than the engines of the time. To this day, his jet engine is used to power most airplanes. 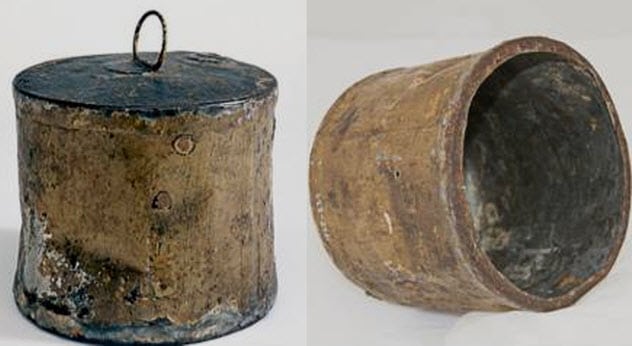 Peter Durand received the first patent for the tin can. However, Nicholas Appert from France was the first person to preserve food by packing it in glass jars. He would then cook the food for a few hours until it was sterilized.

Durand applied the same method with his tin can. He placed food in a container and sealed it. Next, he placed the container in cold water and gradually brought it to a boil. Finally, he opened the lid slightly and then sealed it again.

He originally got the idea from Philippe de Girard, also from France. Girard communicated his idea to Durand and used him as an agent to help patent it. However, Durand’s name was the only one visible on the patent, which was granted by King George III in 1810.[3] 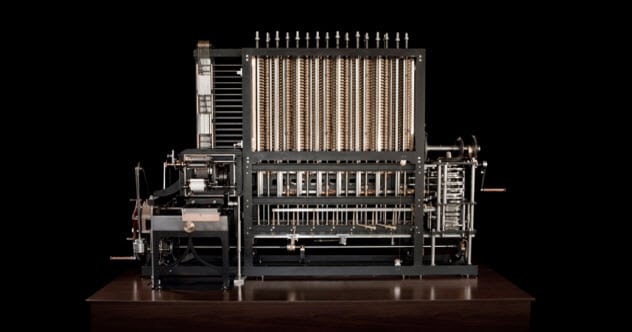 During his time studying mathematics at Cambridge University, Charles Babbage was working on a table that could calculate logarithms so that he could do mathematical computations accurately. You could say that this put him on the path to wanting to build his own calculating machine.

In the 1820s, this was dubbed the “Difference Engine.” A working model was built to show audiences how it worked. He also had plans to build the “Difference Engine 2.” He was so determined that he even persuaded the British government to invest £17,000 in the project (which was a lot of money back in those days). He also invested £6,000 of his own money.[4]

Still, the project was never completed. Babbage was way ahead of his time. He would have had to wait many more years for the right kind of machine to be built to perform those calculations. Despite this, Babbage is usually regarded as the “grandfather of the modern computer.” 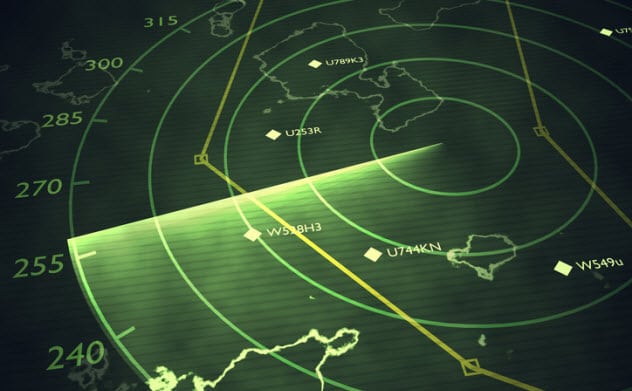 Heinrich Hertz was a German physicist who proved that electromagnetism was real, which supported James Clerk Maxwell’s theory from 1865. Hertz conducted experiments in his laboratory while teaching physics at Karlsruhe Polytechnic between 1885 and 1889.

In 1888, Hertz set up an experiment in which he used an electrical circuit to make a spark hop across a gap between a couple of metal rods. This produced electric pulses in another circuit from a further distance. This led him to become the first person to send and receive radio waves.[5] 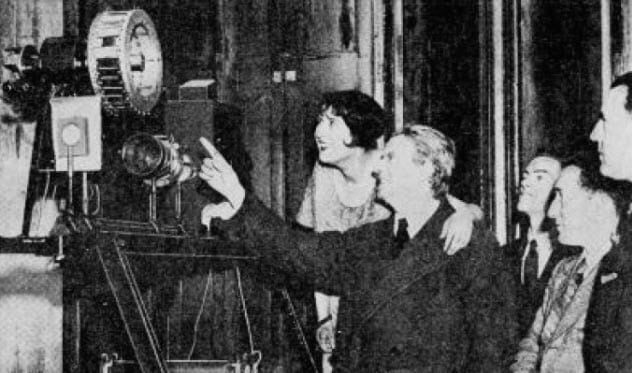 John Logie Baird started out as an engineer. But his jobs made him so miserable that he became an inventor instead. His first ideas failed and made him penniless at age 35. Then, in 1923, he began to work on a machine that could transmit images. It would also be able to broadcast sound via radio. He tested it by sending some crude images by wireless transmitter to a receiver a few feet away from him.

Baird televised outlined images in 1924 and showed human faces you could recognize in 1925. He then gave a public demonstration of televised moving objects at the Royal Institution in London in 1926.

The German post office gave him the resources to create a television service in 1929. However, when the British Broadcasting Corporation (aka the BBC) television service began in 1936, Baird’s television was in direct competition with Marconi’s Electric and Musical Industries machine. The BBC chose Marconi’s televised system instead of Baird’s in 1937.[6]

Nevertheless, if it wasn’t for Baird’s initial invention, we wouldn’t be watching TV today. 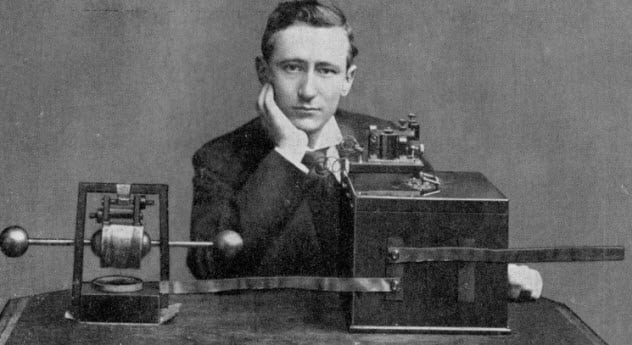 Guglielmo Marconi was an Italian inventor who followed in the footsteps of Heinrich Hertz and James Clerk Maxwell after learning about their experiments. Marconi started his tests in 1894 on his father’s estate near Bologna. In 1895, he managed to send radio signals from up to 1.6 kilometers (1 mi) away.

He used simple equipment, including an induction coil, a Morse key, and a coherer to detect radio waves. But his experiments didn’t spark much encouragement from the Italian government. So he decided to go to England in 1896.

There, he was introduced to Sir William Preece, who was the chief engineer for the post office. However, this was said to only be telling half the truth as Marconi originally set out to approach the Secretary of State for War. Marconi had sent a letter to them about his plan for radio-controlled torpedoes instead of using radio waves to communicate.

His breakthrough came five years later in 1901. He received radio signals in St. John’s, Newfoundland, that had been sent across the Atlantic Ocean from Poldhu in Cornwall, England. This helped to start the development of radio broadcasting services that we still use today.[7] 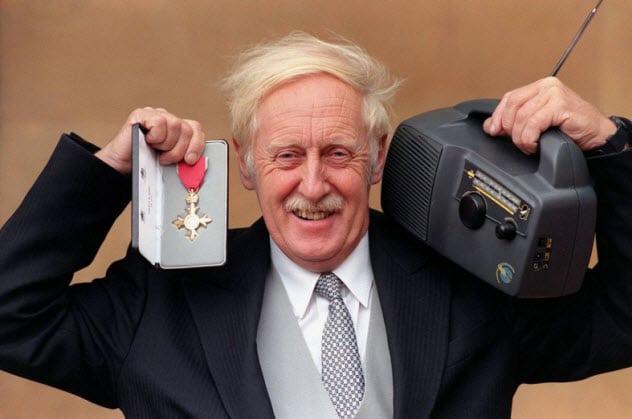 His prototype ran for about 14 minutes. After that success, he was invited on the TV program Tomorrow’s World in 1994. Then, in 1995, BayGen Power Industries was established in Cape Town, South Africa. They employed disabled workers to build wind-up radios.[8]

In 1997, a new design was produced to appeal to the Western market. It was lighter and more portable. The new design only needed 20 seconds of winding to work up to an hour. This radio also included a solar panel so that it could run by itself using sunlight.

Baylis won many awards for his invention and helped many people in the process. 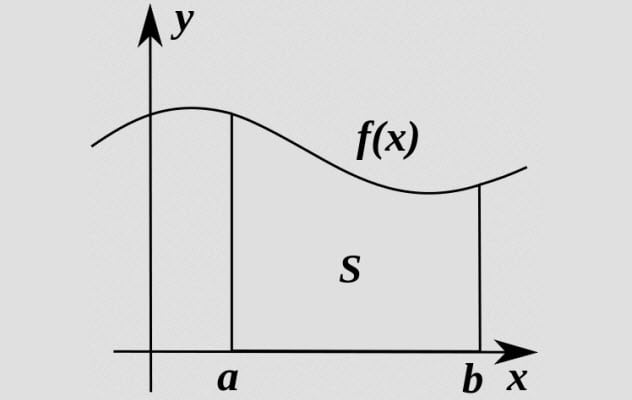 Gottfried Wilhelm Leibniz was often credited with inventing differential and integral calculus. However, other mathematicians, such as Isaac Newton, have also taken credit for the development of calculus.

In Leibniz’s case, he funded his studies by building a calculating machine. He showed this device to the Royal Society during his journey to London in 1673. By 1675, he had established the principles of differential and integral calculus.

In modern times, calculus has made it possible to track the position of an object such as a space shuttle. Also, it can help to predict if a dam might burst if there is too much pressure from the water rising too high.

Computers have made it far easier to solve calculus problems than the manual processes used in the 17th century. Calculus is also the main entry point for anyone who wants to study science.[9] 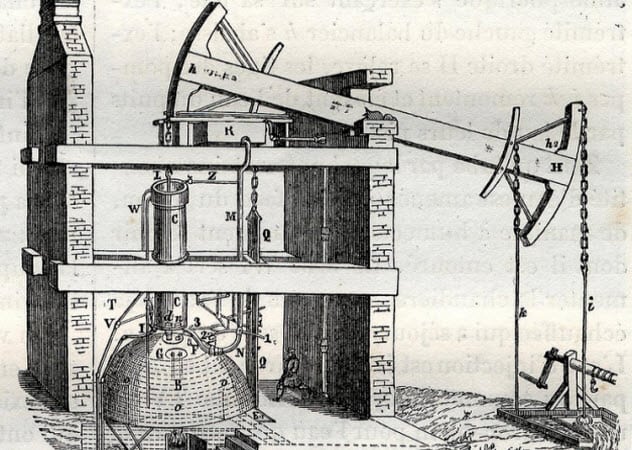 Thomas Newcomen was an engineer and inventor who built the first steam engine from James Watt’s original engine design. Newcomen started out as an ironmonger in Dartmouth and was concerned about the cost of using horses to pump water out of tin mines.

For more than a decade, he and his assistant, John Calley, experimented with a steam pump. It became more powerful than a previous pump built by Thomas Savery, whose engine design could not solve the problem of pumping water without breaking down.

Newcomen’s pump worked when the pressure caused the piston to be pushed down. The condensation from the steam created a vacuum inside the cylinder of the pump. The valves would alternate between opening and closing, allowing steam and water to travel through and operate on a continuous cycle.

This engine solved the problem of pumping water without breaking down. As a result, many more of Newcomen’s engines were built after James Watt’s engine was invented.[10]

Hi, I’m Sam. I’m a freelance videographer. I’ve been looking into other interests including writing, learning to code, and photography. My website is www.swipe.co.uk, Facebook: @samswipestudios, and Twitter: @SamPennSimkins.

Read about more inventors and their amazing creations on 10 Bizarre Forgotten Creations Of Famous Inventors and 10 Obscure Inventors And Their Wonderful Inventions.