For some people, hearing voices is a scary thing (often diagnosed with something from the DSM-V). But not for all. These 10 individuals claim to communicate with entities who offer spiritual wisdom and benevolent messages from a higher plane of consciousness. Are you a skeptic or a believer?

Over the course of a week in 1973, Darryl Anka saw a UFO up close and in broad daylight . . . twice. From there, he embarked on a 10-year journey into all things paranormal that would eventually lead him to meet (so to speak) the extraterrestrial consciousness known as Bashar, whose name means “bringer of good news” in Arabic. Halfway through a channeling class, Anka received the first telepathic communication from Bashar, letting him know that the ship which Anka had seen a decade earlier was, in fact, Bashar’s.

At first, Anka wondered if he was hallucinating or if hearing Bashar was simply a side effect of the group meditations. However, he soon accepted that even if Bashar wasn’t actually an extraterrestrial entity—and was instead a figment of his own consciousness—the message could still help people live better lives. Anka began publicly channeling Bashar in 1983 with the intent to help people “follow [their] highest joy” and “live [their] dreams instead of merely dreaming about living.”

Today, many of Bashar’s sessions can be found on Anka’s website. Individuals or groups also may schedule a 60-minute, in-person session in Los Angeles. 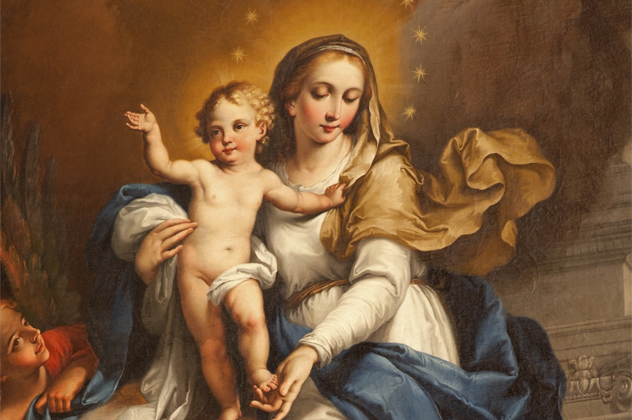 In 1987, Annie Kirkwood had a strange experience in her Texas home: She smelled roses and felt the undeniable presence of Mary, the mother of Jesus. Believing that there was some mistake, Kirkwood told Mary that she wasn’t Catholic, to which Mary responded, “Nor am I.” From there, the two embarked on a journey to convey a message of unconditional love to all.

According to Kirkwood (and Mary), God loves everyone unconditionally and “we already have within ourselves all the wisdom and knowledge we need. We simply need to learn to rely on our God-given inner guidance.” In other words, the most important thing we can do is to learn to love unconditionally. The key to doing so is “acceptance and appreciation.” In regards to Mary’s message, Kirkwood says, “It’s important to know that God created each one of us as [an] original. And it’s through that uniqueness that God contacts us. So when we try to mold ourselves to try to communicate with God like someone else does, we’re missing it because our pattern is different. When we try to make someone else conform [to] our image of how God should be worshiped or prayed to, we’re missing the boat again.” 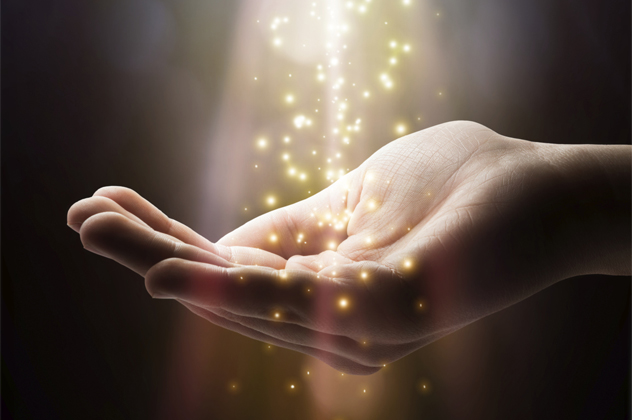 Yasmeen Clark has been channeling Raman since 1986. It was during a group meditation in October of that year that she first communicated with the “enlightened spiritual master.” Clark reported that it felt as though she were being “sucked up off the chair by a vacuum.” She also felt a rush of adrenaline, heart palpitations, and a loss of consciousness. It was during this 30-minute loss of consciousness that the members of her group first heard Clark speak as Raman, who told them that what they were searching for had been inside of them all along.

Raman, who is of Persian and Afghan descent, lived on Earth more than 2,500 years ago and has made himself known through Clark in an effort to teach humans love and understanding. Additionally, according to Clark, “he encourages us to embrace our humanness and see the Divine in all life.”

Since 1974, Jach Pursel has been channeling “a spark of consciousness” known as Lazaris. Unlike Raman, Lazaris has never been a physical being. Instead, they are a collective consciousness who refer to themselves as “we.” It was on October 3 that a sleeping Pursel began speaking as Lazaris to his friend Peny North. According to North, he said, “All right. My name is Lazaris. I’d very much enjoy communicating with you.” 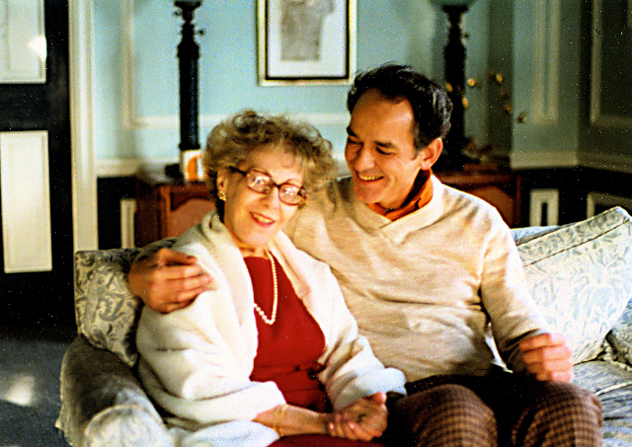 It was October 21, 1965, when Helen Schucman, a psychologist and associate professor of medical psychology at the College of the Physicians and Surgeons at the Columbia-Presbyterian Medical Center in New York City, heard an inner voice that identified itself as Jesus say, “This is a course in miracles, please take notes.” She did just that, and over the next seven years she scribed “A Course in Miracles: A unique, universal, self-study spiritual thought system that teaches that the way to Love and Inner Peace is through Forgiveness.”

Interestingly enough, Schucman felt very anxious about what she was hearing. She wrote: “ . . . I still regarded myself as officially an agnostic, resented the material I was taking down, and was strongly impelled to attack it and prove it wrong . . . I was in the impossible position of not believing my own life’s work. The situation was clearly ridiculous as well as painful.” Luckily for the 2,000 registered study groups that are taking the course in 23 different languages today, Schucman and her boss, William Thetford, completed the work—which includes the main text, a workbook for students, and a workbook for teachers—on September 7, 1972.

Preview of Interview with Blair Styra

For the last 24 years, Canadian-born Blair Styra has been channeling a spirit named Tabaash, who lived in ancient Sumeria around 5000 B.C. Today, Tabaash comes forth with the message that “we are all of God nature, now. We are all here to serve each other, now. We have all the answers to everything, now. Everyday we give life to ourselves on awakening, and everyday we have a choice on what we do with our life and that day. We always have been the masters of our reality.” In his opinion, if we bring out our own “God nature,” our lives—and the lives of those who surround us—become that much easier and more harmonious.

Lee Carroll talks about 2012 – a time of change

According to Carroll, that was just the preliminary stuff. Once we passed the year 2012 without incident, Kryon began talking about what the Maya were actually predicting: “sweeps of changes in potential consciousness on the planet.” And it isn’t just Kryon. Carroll says that indigenous people all over the world are talking about the same prophecy, and they have been for more than 4,000 years.

One of Carroll’s—and Kryon’s—most well-known contributions to the community is the popularization of the term “Indigo Child,” which he and his spiritual partner Jan Tober wrote about in the book The Indigo Children. According to Tober in an interview published in the Las Vegas Spectrum, “An Indigo Child is one who displays a new and unusual set of psychological attributes and shows a pattern of behavior generally undocumented before.”

Neale Donald Walsch hit rock bottom when a car crash and a failed marriage left him homeless. After a year of living on the street and depositing bottles for cash, he was able to pull his life back together with a full-time job and shelter—but he still felt empty. In the middle of a February night in 1992, Walsch picked up a yellow legal pad and pen and wrote a letter to God, which started with him angrily scribbling the question: “What does it take to make life work?” To his surprise, he heard an answer.

Thus began a Q&A series between Walsch and God about the nature of reality, which Walsch turned into the first of several Conversations with God books. According to Walsch’s God, “The purpose of life is to recreate ourselves anew in the highest version of the grandest version we ever had about ourselves.” In essence, Walsch says that there is no separation between us and God, and once we realize that and begin to provide ourselves with “forgiveness, compassion, tolerance, mercy, peace, acceptance, and love,” we will be able to provide this to others.

Esther Hicks is a motivational speaker and author who first began receiving Abraham—a group of spiritual teachers from the non-physical dimension—after meditating for nine months. Hicks wrote several books and travels the world providing access to this “infinite intelligence” or “source.”

According to Abraham, the universe is governed by the law of attraction, which states that “the essence of that which is like unto itself, is drawn,” and our role in it is to experience joy. Their message boils down to these 12 points:

1. We are physical extensions of the non-physical.
2. We are here in our physical bodies because we chose to be.
3. The basis of our lives is freedom; our purpose is joy.
4. We are creators, and we create our reality with our thoughts.
5. We can have, be, or do anything that we can imagine.
6. Our emotions guide us.
7. The universe adores us.
8. All is well and well-being is our natural state.
9. We each have a unique path to joy.
10. Actions and things are byproducts of our focus on joy.
11. We can leave our bodies without pain or illness.
12. We are eternal beings.

Esther Hicks published the popular book The Law of Attraction in 2006 and has since published several others using the voice of Abraham as an editorial guide.

In the early 1960s, Jane Roberts began communicating from a trance state as Seth, a spiritual teacher who first coined the phrase “you create your own reality.” Often referred to as the voice that launched the modern New Age movement, Seth dictated to Jane eight complete books with titles such as The Nature of Personal Reality, The Individual and the Nature of Mass Events, and Dreams, Evolution, and Value Fulfillment. Inspired by Seth’s material, Roberts also penned three novels: The Education of Oversoul Seven, Further Education of Oversoul Seven, and Oversoul 7 and the Museum of Time.

According to Seth: “Events are not things that happen to you. They are materialized experiences formed by you, according to your expectations and beliefs. If you are in poor health, you can remedy it. If your personal relationships are unsatisfactory, you can change them for the better. If you are in poverty, you can instead find yourself surrounded by abundance.”

Harper Sage is a writer and editor in San Francisco, California.