We love October, AKA spooky season. We dress up in scary costumes for Halloween, tap into the terrifying stories of demons and poltergeists, and we get to enjoy some of Disney’s greatest hits, namely “Hocus Pocus” and “Halloweentown.” But what happens when all the horror we reserve for one month ends up hiding in our attics? No, this isn’t a metaphor for suppressing trauma. I actually mean finding weird things in your attic. And there have been some pretty weird things—creepy, even.

Here are the top 10 creepiest things found in attics. 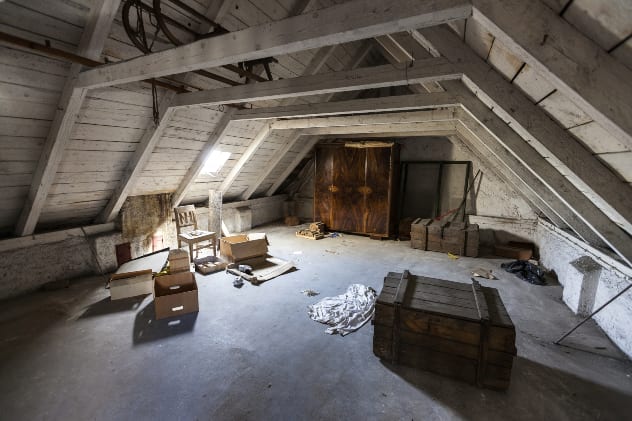 Owning a house is exciting, but what would you do if you found out that your house had its own secrets? A Reddit user by the username “CatchingWindows,” was shocked to discover an apartment in his attic.

The discovery sent the property owner down an investigative rabbit hole. Before the house was converted into a two-story building, it was a store, and the owners lived upstairs. After the store closed down, a church bought the unit and built around it.

In pictures shared by the shocked resident, the house looked littered, filled with spiders. The man couldn’t believe that he had been living in the same house for over two years. Other discoveries in the attic were a toilet, an aged bathroom sink, hidden glass windows, and junk to last for days, as another Reddit user remarked.

9 Artwork with a Message 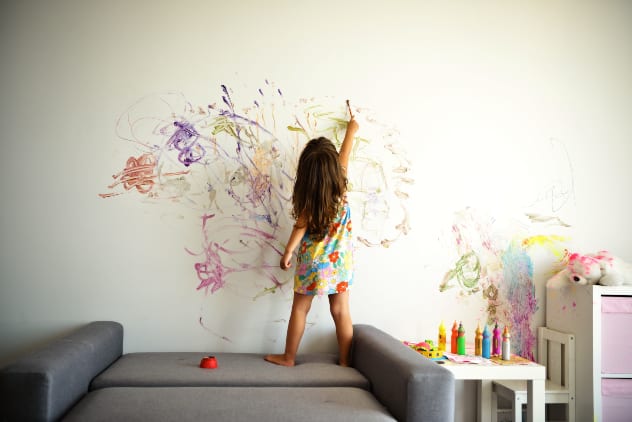 What is the most disturbing drawing you have ever seen? A real estate agent couldn’t contain herself when she saw it while showing a house to prospective clients.

While she was in the attic, the agent discovered a series of crayon drawings by children. One reading said, “Did I scare you?” She was understandably freaked out and shared her discovery on TikTok. As usual, the agent’s social media followers were quick to discuss the situation, with some dismissing it as child-like behavior. In other words, a prank. Still, others felt that the drawings were aggressive and a sign that the child who lived there was disturbed. 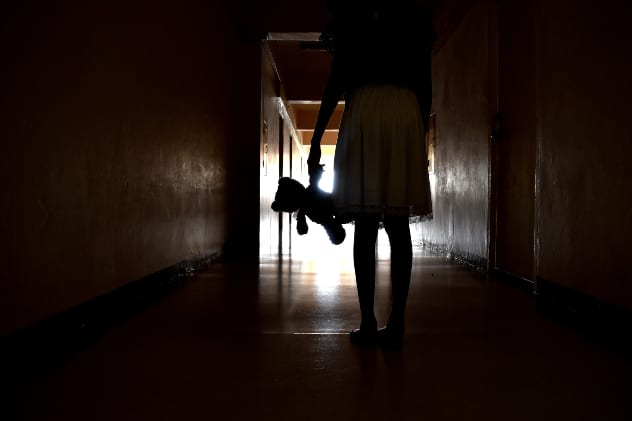 As far as creepy discoveries go, this one might chill you to the bones (no pun intended, believe me). In Virginia, police officers received a strange call. When they arrived at the scene of the crime, they discovered a child’s body in the attic.

Vacant apartments can fall into the wrong hands, and this one surely did. The attic was used for all the wrong purposes. According to Richmond police, they found the body of a two-year-old tucked away in the dark. An autopsy found that the young girl, Ariellisa Simmons, had died of dehydration.

Following investigations, police arrested the young girl’s stepmom. The court charged her with first-degree murder, child neglect, and felony murder. After reaching a verdict, the woman was sentenced to 20 years in prison for her role in the child’s premature death.

7 The Head of Le Bon Roi

Only a king’s head is fit to wear a crown, but what happens when a monarch loses his head—literally? King Henry VI ruled France in 1589. One of his most notable achievements was ending the war between Catholic and Protestant citizens. By royal decree, Henry IV introduced a policy of religious tolerance, bringing peace and earning the title of “le bon roi” or “the good king.” But, in 1610, Henry VI was assassinated because of his beliefs.

When the monarch fell, and the French Revolution took over, the remains of monarchs were destroyed. But as fate would have it, Henry VI’s head survived. In 1919, a photographer purchased the royal’s head from an auction, and in 1955, Jacques Bellanger, a tax collector, became the new owner. In 2010, the same royal head surfaced again after it was discovered preserved in an attic.

6 There’s a Snake In My…Attic

If you’re afraid of snakes, then this is your worst nightmare. When an Idaho family moved into their new house, they were shocked when an insulation crew discovered a three-foot-long African ball python. So, what’s so scary about the snake? In Idaho, and even the larger United States, pythons are extremely rare. People import exotics into the country through special rights.

The good thing was that because of the attic’s dry heat, the snake was dead and well-preserved for about two years. With the deadly snake no longer a threat to the family, they inquired whether the previous owner was a snake charmer. To their amazement, no one had any idea how a python could have ended up in the house.

Adolf Hitler is easily one of the most notorious characters in history. After Hitler’s Nazi empire fell, soldiers took possession of his personal belongings as souvenirs. Recently, a woman from Moscow discovered Hitler’s personal music collection tucked away in her father’s attic.

Anyone would be terrified to meet Hitler, and for Alexandra Besymenskaja, stumbling onto Hitler’s records was an unexpected encounter. Alexandra’s shock aside, her discovery revealed the Fuhrer’s hypocrisies as it became clear that he secretly listened to Russian and Jewish composers.

Among the records were Russian composers like Alexander Borodin, Sergei Rachmaninoff, Peter Tchaikovsky, and Jewish composer Richard Wagner. When you think about Hitler’s dangerous rhetoric and actions in WWII, it’s scary to even listen to his records.

Germany: Mummy of the attic wanders to Berlin

A 10-year-old boy from Germany played in his grandparents’ attic when he discovered a set of suspicious-looking boxes. When the boy inquired about the boxes, neither his father nor grandma knew what they contained. In a shocking twist, the largest box contained a real mummy.

The mummy, carefully packed in a wooden crate, was placed inside a sarcophagus, complete with hieroglyphic adornments. The family later discovered that the item belonged to their grandfather who had traveled to North Africa when relics from ancient Egypt were in demand.

Curious to discover if the mummy was real, the young boy’s father took the peculiar object to Berlin to show expert archaeologists. If movies are anything to go by, the family should keep the mummy inside the coffin to avoid a great disaster. 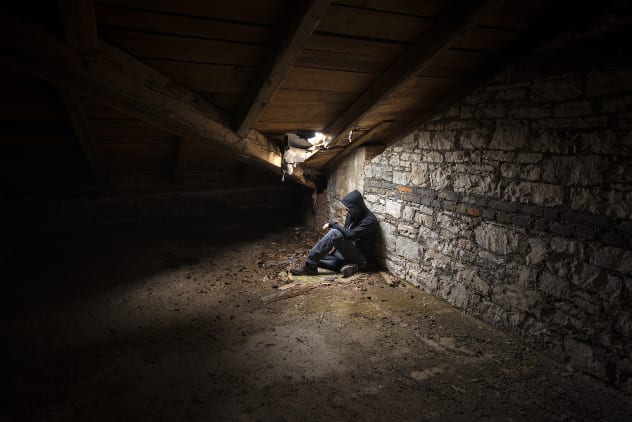 Do you have a roommate that never pays the rent? You are not alone. In Jiangsu Province, China, a man discovered that someone was living in his attic, rent-free. Pssh, lazy.

The apartment owner first became suspicious when he noticed items like cash disappearing from his house. The police searched his three-story apartment and discovered a homeless man had been living in the crawlspace. The unwelcome visitor had made himself at home and apart from stealing cash from the apartment, also helped himself to food in the kitchen.

Further investigations revealed that the squatter also visited a neighbor’s house when they were away, taking advantage of hidden attics. You never know what—or who—is hiding within your own house! 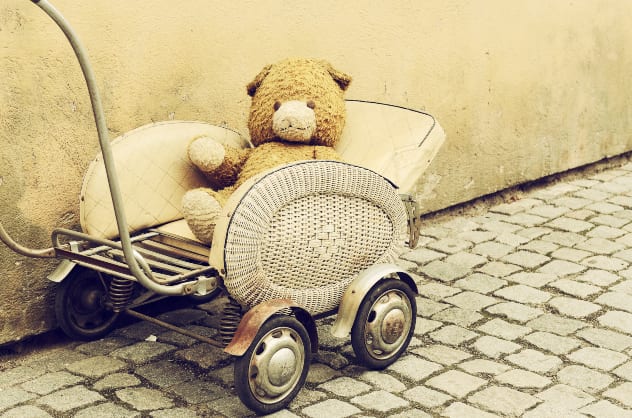 What happens to baby carriages after the kids grow up? Hopefully, they just get put into storage. Maybe you sell them. Or you can store dead things in it, I suppose. In one of the creepiest discoveries ever, a team of investigators stumbled upon a collection of vintage baby carriages with some appalling occupants. Each pram had a well-preserved small animal corpse swaddled perfectly and placed within the compartment.

The spooky discovery at a 200-year-old farmhouse in Ossining, New York, was shocking since each baby carriage had a different small animal. They found a total of ten creatures, including dogs, cats, raccoons, and squirrels. The careful planning and detail suggest that the creative or sick mind that conjured the idea designed the scene intentionally.

Vintage houses are known to harbor some strange things, but this discovery takes it o a whole new level.

1 The One Who Stayed 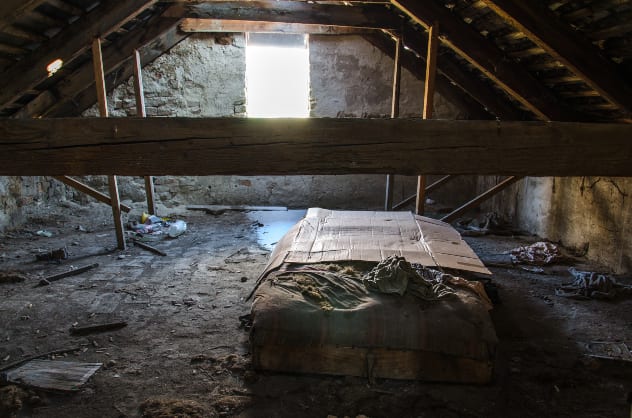 Breakups can be tough, and for heartbroken lovers, healing takes a very long time. Sometimes, the best way to heal is to just stay away. Or live in your ex’s attic? This was the case for a woman from Pittsburg. The single mother of five discovered her ex of 12 years living in her attic!

A few weeks before the discovery, the woman noticed things going awry in her house, but she couldn’t explain the changes. On the weirdest days, she would find a blanket in the basement or a toilet seat left up and even hear some unusual noises around the house. The mom knew something was wrong, but she couldn’t just put her finger on it.

Then, one Saturday morning, she heard a noise coming from her bedroom. When she went to look, she found her ex standing there. After a brief altercation, during which the man tried to grab her, the woman ran outside to get help. To her shock, the homeless man had been living in the house for over two weeks after a stint in prison!