For many of us, the covid-19 pandemic has been a time of great uncertainty. People have been stuck in their homes, isolated from their loved ones, unsure when things will get back to normal.

But strange times have a habit of inspiring strange behavior, and the pandemic has been no exception. Since coronavirus first emerged at the start of 2020, all manner of weirdness has occurred. Spaniards have been taking their crabs for a walk as an excuse to get out of the house. Hungarian politicians have been caught fleeing wild lockdown orgies. In fact, things have become so dire that, in parts of Belgium, locals have had no choice but to poop in the streets. From extremist honey remedies to lockdown lip fillers, here are ten of the most surreal news stories surrounding covid-19.

2020 was a disastrous year for the airline industry. With people unable to travel abroad, planes could no longer fly, the money dried up, and many workers found they were suddenly out of a job. But amidst all the bedlam and bad news, one airport devised a novel way to test for covid-19.

In September 2020, Helsinki-Vantaa airport started trials for an unusual detection scheme: covid sniffer dogs. A team of ten instructors is training fifteen pooches as part of a university-led research trial. The dogs are said to be able to sniff out the virus in people five days before they start to show any symptoms. According to Professor Anna Hielm-Bjorkman of the University of Helsinki, her canine team is approaching 100% efficiency.

Passengers are asked to mop their necks with a cloth, which is then popped into a can and placed in front of one of the sniffer dogs. The covid-detecting canines can come back with a result in minutes.

At the moment the trial is still in its early stages, so travellers are also required to take a regular swab test. But results are promising, and officials hope one day to use dogs to sniff out coronavirus in the same way they are used to detect drug smugglers.

9 The Rise of the Spanish Crab Walkers 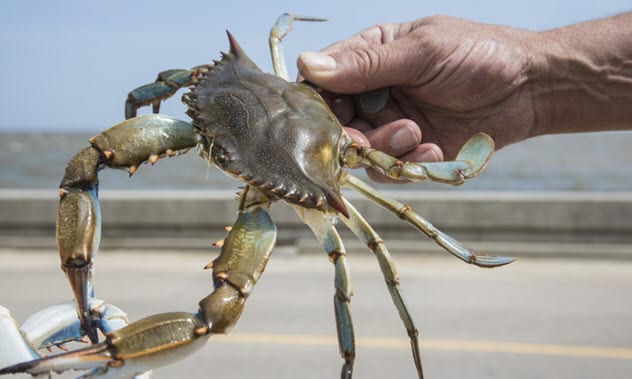 When covid-19 first arrived in Europe, politicians were unsure how to act. In Spain, the government brought in rules banning anyone from leaving their home, even to go for a walk. The only people permitted to go out of their front doors were those who were walking their pets.

So locals started to invent sneaky ways to get around the restrictions. One man in Northern Spain was fined by the police after he left the house for a stroll with a fish in a bowl. Another in Lanzarote was seen walking a chicken on a lead. There were reports of Spaniards using all kinds of animals as an excuse to go outdoors – goats, crabs, even Vietnamese pot-bellied pigs.

Elsewhere, people in Spain have been recorded leaving their homes dressed in dinosaur costumes. Police failed to see the funny side and released footage on social media of an inflatable T-Rex roaming the streets of Murcia.

8 “Vaccines” for Sale on the Dark Web 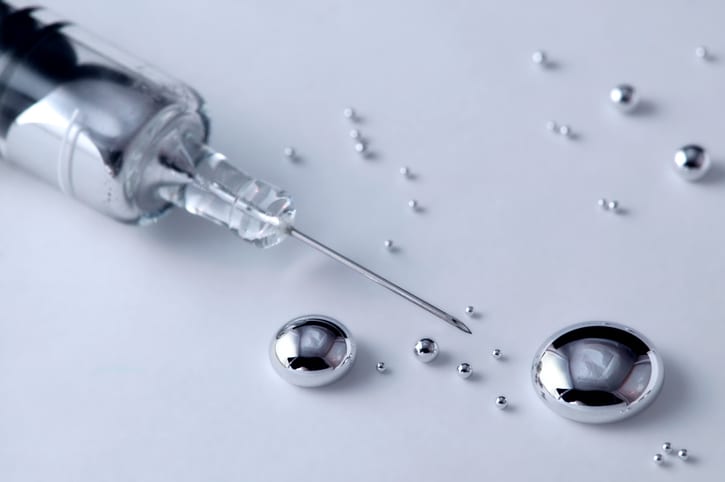 Is there anything you cannot buy online for the right price? In recent months, vendors have appeared in shady parts of the internet claiming to sell covid “vaccines” and fake vaccine passports. Researchers have reported a “sharp increase” in vaccine-related products advertised on the dark web, although they cannot verify whether any of them are genuine.

Since the start of the year, Check Point says the number of vaccine adverts has risen to around 1,200. Oxford-AstraZeneca retails for $500, Johnson & Johnson and Sputnik are both on sale for $600, and Sinopharm is priced at $750.

Fake vaccine passports and papers are also on sale for people to travel abroad without the risk of of being a test subject. The forged documents sell for around $150 in bitcoin, with one advertiser promising: “Buy two negative tests and get the third for free!” What a bargain! 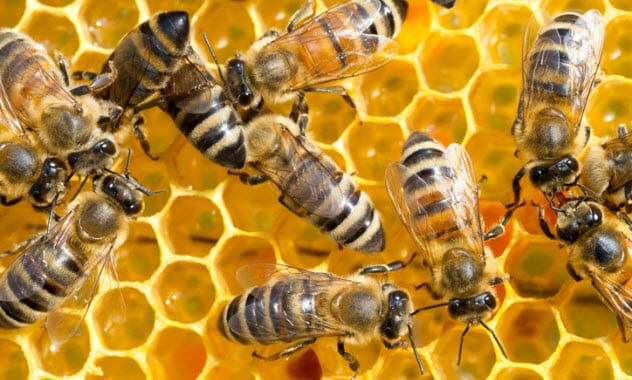 Throughout the pandemic, we have witnessed all kinds of bizarre pseudosciences and accusations thereof. Who can forget the mainstream media falsely accusing President Trump of talking about injecting disinfectant or Bolsonaro’s claims that vaccines will cause women to grow facial hair? One of the weirdest comes from a group of Somalian extremists who have advised people not to take the vaccine but use honey instead.

Al-Shabaab, an African terrorist group supported by Al-Qaeda, has called on Sunni Muslims to reject the AstraZeneca vaccine. Instead, they recommend that locals use “black seed and honey” to fend off the deadly virus. Somalia is currently in the grip of a second wave of infections. But the militants insist that people should refuse the jab in favor of untried alternatives.

“Do not allow your family to be used as subjects in the experimentation of the safety of the Astra-Zeneca vaccine”, they told Somalians via social media websites. 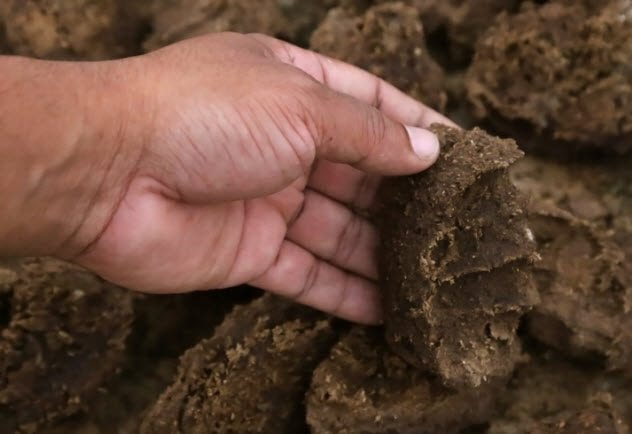 In May 2021, medical officials were forced to issue a statement urging people in India not to use cow dung to repel coronavirus. The cow is a sacred animal in Hinduism. Locals in the western state of Gujarat are said to be covering themselves in manure and urine believing it will help prevent infection. Coated in excreta, they pray to herds of cattle for immunity.

Doctors have told people time and time again that there is no evidence to support this alternative therapy. Medical workers warn that, by smearing feces over their bodies, people are at risk of spreading other diseases.

The coronavirus pandemic is wreaking havoc across India, leaving catastrophe and devastation in its wake. The country has witnessed over a quarter of a million confirmed deaths so far, with some sources saying the true figure may be as much as ten times higher. Hospital beds and medical resources are in short supply. Is it any wonder people are taking such drastic and bizarre measures in hope of avoiding infection?

5 The Danger of Human-To-Cat Infection 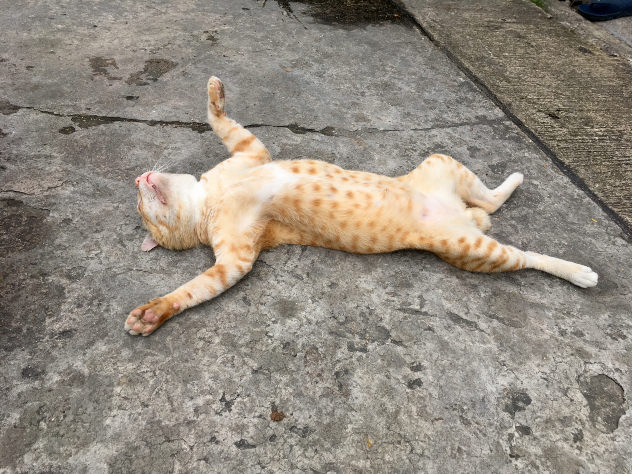 Scientists at the University of Glasgow have found two incidents where owners have passed coronavirus on to their cats. One of the infected felines had to be put down, while the other only suffered mild symptoms. A four-month-old Ragdoll kitten was put down after a period of breathing difficulties. A post-mortem found damage to the lungs that suggested they suffered viral pneumonia caused by coronavirus. The second cat was a six-year-old female Siamese, who was taken to the vet with mild nasal discharge and later recovered.

Both ill pets were discovered during a UK-wide screening program. Scientists are keen to understand the role that pets play in human infection. There is currently no evidence of cats giving the virus to their owners. 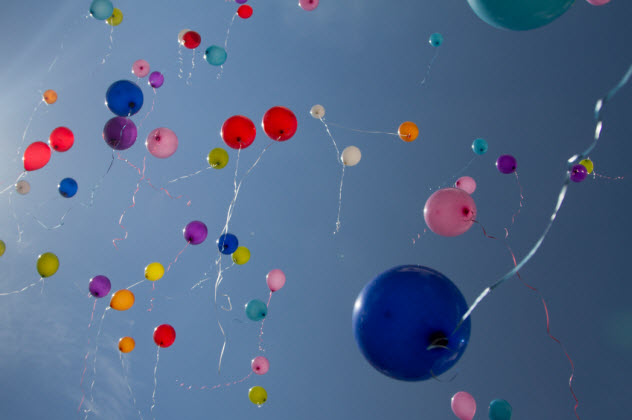 A woman in Britain was fined after holding a balloon launch in memory of her late father-in-law. Vicki Hutchison from County Durham was forced to pay £500 ($700) for organizing the gathering in November 2020. The event was held to commemorate the life of Ian Stephenson, who passed away aged 58 from covid-related illness.

Hutchison, a 34-year-old tanning salon owner, posted an invitation on a social media site. She asked all attendees to wear masks and remain within social distance. But a video of the event shows many people stood close together without masks on.

“I’m happy with what they did today,” she told reporters after receiving the fine. “Yes I did break the law, yes I did release balloons, but at the time, when you lose someone, you don’t think, do you? There will be some people who say you shouldn’t have done it because we were in lockdown but I believe we should have the right to do things.” 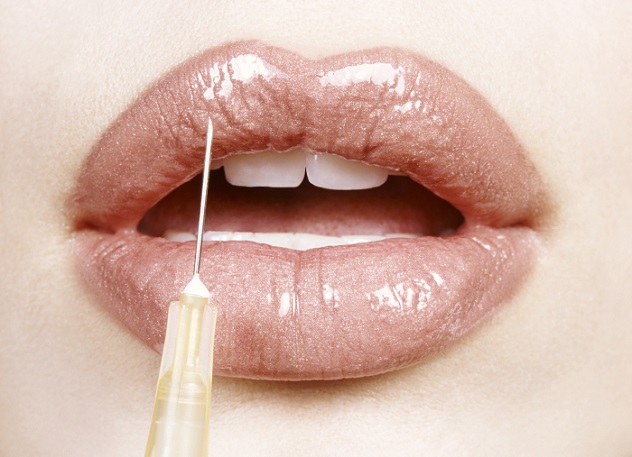 When lockdown was first imposed, cosmetic clinics had no choice but to close their doors. For many people, this was disastrous news. Desperate for plumper lips, they took to Instagram to find somewhere to get dermal fillers. But unlicensed practitioners are not always the most reliable and, instead of voluptuous lips, many young women found themselves in the middle of a medical nightmare.

Getting an injection from an untrained stranger is hardly the wisest idea in the world. Some people who received lockdown lip fillers say they were left with blood dripping down their face, while others reported blistering and blackened lips.

It means that clinics have seen a sharp rise in patients needing corrective work. English dentist Dr MJ Rowland-Warmann told reporters about the “staggering upward trend” in botched lip fillers. She spoke of one patient who could have lost her lips without the right treatment.

According to the press, police discovered 25 naked men at the event. Among them were several diplomats. Szájer was caught fleeing the scene with drugs in his backpack. He was given an official verbal warning and returned home.

Szájer is a senior figure in Hungarian politics. As a long-time member of Viktor Orbán’s ruling party, he was involved in writing the country’s constitution. The Hungarian government is known for its firm anti-gay stance. Just weeks after Szájer was caught with his pants down, they brought in a new law banning same-sex couples from adoption.

1 Belgium’s Wildkakkers, The People Kicking Up A Stink (Literally) 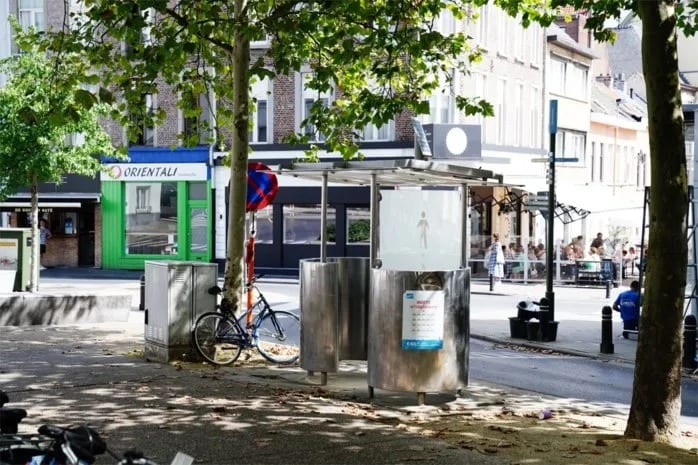 Ghent is usually a delightful tourist destination. But recently there has been something foul in the air. Under covid restrictions, the Belgian city has seen a sudden rise in people taking a dump outdoors.

During the pandemic, Ghent has closed many of its public toilets. When nature calls, many residents have been left with no choice but to relieve themselves outside.

Local official Helena Nachtergaele shed some light on the new trend for public pooping. “There appeared to be a great shortage of classic toilets. This resulted in the phenomenon of ‘wild poop.’”