There are nearly 144 million inhabitants in Russia, putting it at ninth place in the list of countries by population. With a total land area of 16,376,870 square kilometers (6,323,142 mi2) and a population density of only nine people per square kilometer (23 people per mi2), there is plenty of space for people to do dumb and unusual things.

That might be why Russia has an unlimited supply of odd stories and events despite containing only 1.87 percent of the world population.[1] Here are ten more examples of their weird news stories which can rival the famous “Florida Man.”

If you think your neighbors are too loud, try living next to Gazprom Arena. Residents flooded police departments with noise complaints after a new bird-scaring system went live in the popular St. Petersburg arena in June 2019. Reportedly, the system emitted sounds of dying birds and gunfire.

One resident named Anastasia said: “Children either can’t fall asleep or wake up asking ‘why are the birds suffering?’ ” Football Club Zenit did not say whether any birds were harmed in the recording of the sounds. Another resident complained that the people in charge of Gazprom Arena promised to adjust the volume, but it only seemed to get louder.

St. Petersburg isn’t the only place dealing with troublesome birds. The Moscow metro recently installed nearly 300 bird of prey stickers at 21 station lobbies to scare away birds and prevent them from crashing into glass panes to their deaths.[2] 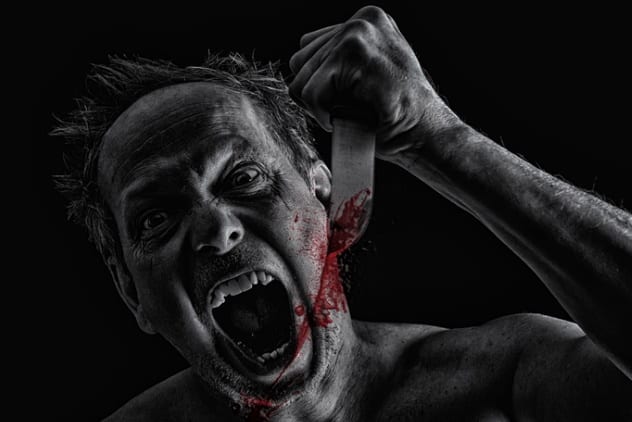 In early 2014, a 53-year-old man in Irbit, a town in the Sverdlovsk region of the Urals, was charged with the murder of another man, 67, said to have been a friend. They were drinking together in the friend’s flat when he said only prose was “real literature.”

According to federal police in the Russian region of Sverdlovsk: “The host insisted that real literature is prose, while his guest, a former teacher, argued for poetry. The literary dispute soon grew into a banal conflict, based on which the 53-year-old admirer of poetry killed his opponent with the help of a knife.”[3]

The killer fled the scene and was later found hiding at an acquaintance’s house in a nearby village. He confessed to the murder and faced a sentence of up to 15 years in prison.


8 Two Drunk Men Cut Off Their Ears For A Bet 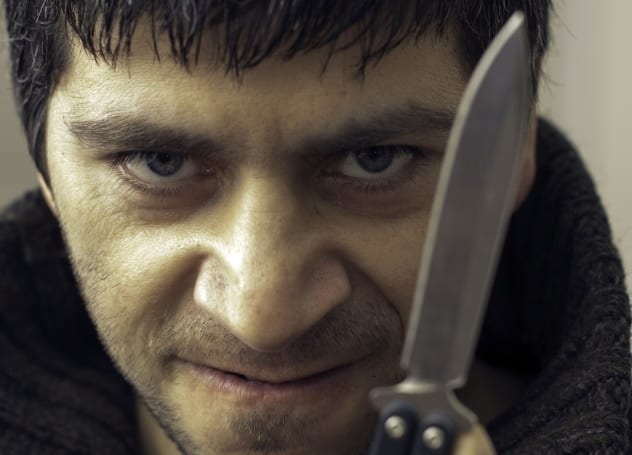 One man won the first match, but his opponent insisted on a second round, which he won. The men decided that according to their rules, both must cut off their ears. “The men voluntarily cut off their left ears. One completely, and the other half off. They were hospitalized with these injuries,” police said.[4]

7 Naked Cheesemakers Take Photos In A Vat Filled With Milk 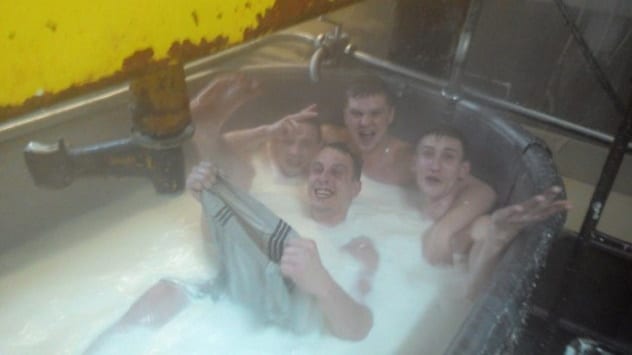 A group of cheesemakers celebrated the beginning of 2014 by swimming in the milk used for cheese processing. They posed and took pictures, which quickly went viral. An Artem Romanov posted the photos on the VKontakte social network with the caption: “Yeah, our job is really boring.” One man is even seen holding up his shorts for the camera.

Although the original images were removed, a wave of reposts and comments spread across the web. Some Internet users commented, “Now we know why the cheese is so salty.” Turns out that Romanov had previously posted other bizarre photos and videos. Earlier, he had posted a video of nearly naked men preparing dried braid cheese on the factory floor.

Their stunt may have caused some serious damage to the cheese industry in Omsk, a major Russian center for food processing. “If you plan to buy stringed-cheese the next time you go to the supermarket, you may want to check that it wasn’t made in Omsk,” warned The Moscow Times.[5]

6 Man Fights Off Siberian Bear By Biting Its Tongue Off 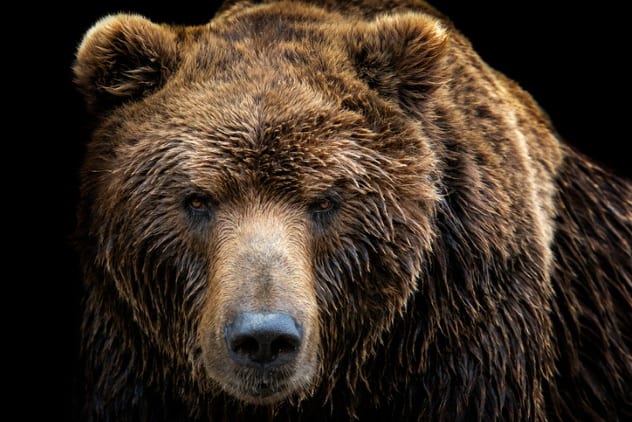 In 2019, Nikolay Irgit, 30, and his two friends were collecting deer and moose antlers without the necessary permits in a forest reserve in the Tuva region. The antlers were used for making furniture as well as for medical purposes and often sold for a hefty price on the black market.[6]

The men split up to cover more ground. Deep into the forest, Igrit stumbled across a brown bear. Weighing up to 600 kilograms (1323 lb), Siberian bears can rip an adult man apart. Igrit tried to scare away the beast by screaming, but the bear charged at him and repeatedly bit his face and head, also injuring the man’s hands and stomach.

As the bear was snapping at his face, the man bit the bear’s tongue off, scaring it away. Covered in blood, Igrit called for help, and his friends arrived to call an ambulance. Although the man survived the bear attack, he did not escape the law. Police launched an administrative case against him for illegal activities in the forest reserves. 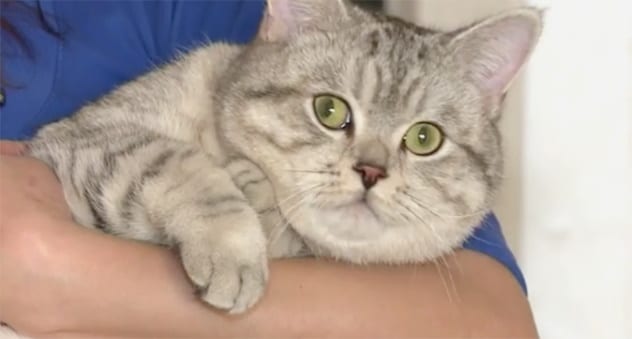 An unusual news headline appeared at the start of 2017, when a clairvoyant bought a “psychic” cat in Russia. Dimitry, the cat’s owner, inherited the cat from his aunt when she died. He claimed that the cat could suddenly appear from behind locked doors and use mind tricks to make Dimitry go shopping for the cat’s favorite food in the middle of the night.

The owner reported that he hates fish and sausage, but the cat made him hungry for these foods. “He would wake me up at 5 am giving me a strong desire to eat fish or sausage,” said Dimitry. “So much so that I had to go out right then to buy it, and give it to the cat. And as soon as the cat started to eat, my hunger disappeared.”

The cat also stared into empty spaces, evidently seeing things humans could not. Even Dimitry’s marriage suffered, with his wife feeling uneasy around the “psychic” pet. That was until a clairvoyant from Novosibirsk, around 4,500 kilometers (2,800 mi) away, mysteriously heard about the cat and came to inspect it.

Labeled as a “witch” by local media, the woman paid five million rubles (around $84,000) for the cat, intending to put it to work in her seances. “She is a clairvoyant and came with all her paraphernalia. She closed the cat in the room, and then rapidly decided to buy it,” Dimitry said.[7]

For a brief moment on March 15, 2018, the gray skies of Siberia were filled with gold. A Cold War-era cargo aircraft took off from Yakutsk Airport in Siberia, carrying an estimated $378 million in gold, platinum, and diamonds on behalf of a private mining company. During takeoff, the cargo hatch tore open and spilled nearly 200 gold bars.

Most of the ingots immediately landed on the Yakutsk Airport runway, but the plane continued flying for another 16 kilometers (10 mi) to make an emergency landing and dropped more cargo along the way. A police spokesperson stated that nobody was injured, and the treasure was recovered. Apparently, the plane’s maintenance crew was to blame for improperly securing the cargo.[8]

To celebrate the Muslim “Festival of Sacrifice,” known as Eid al-Adha in Arabic and Kurban Bayram in the Russian and Turkic-speaking world, the city of Dagestan held a sheep beauty contest in August 2018. Considered as one of the holiest days in the Islamic calendar, Kurban Bayram celebrates the willingness of Ibrahim to sacrifice his son on a command from God.

An outdoor livestock market in central Dagestan held the contest to mark the occasion. According to the Buynaksk district website, “The jury faced a truly difficult task: To pick the most worthy candidate for the ‘Most Beautiful Sheep’ title out of 10 decorated and fairly good-looking sheep.”

They awarded the owner of the winning sheep, named “Princess Aisha,” with a traditional handmade dagger. Estimates say roughly 300,000 sheep are slaughtered on Kurban Bayram every year, but no words were given about the ultimate fate of Princess Aisha.[9]

Kirsan Ilyumzhinov was the world chess president from 1995 to 2018, defeating the former world chess champion Garry Kasparov for the job. He was also the president of the Russian Republic of Kalmykia from 1993 to 2010.

However, one unusual claim sets Ilyumzhinov apart from the average politician. He says that aliens wearing yellow spacesuits abducted him from his Moscow home in September 1997:

I was taken [from] my apartment in Moscow to this spaceship, and we went to some star and after that, I asked them, “Please bring me back.” They are like people, like us. They have the same mind and the same vision. I talked with them and I understand that we are not alone in this whole world—we are not unique.

Considering Ilyumzhinov’s alleged otherworldly encounter and his long-term association with the World Chess Federation, it is not surprising that he made a connection between aliens and the game of chess:

My theory is that chess comes from space. Because it’s the same rules—64 squares, black and white, and the same rules in Japan, in China, in Qatar, in Mongolia, in Africa—the rules are the same. Why? I think maybe it is from space.[10] 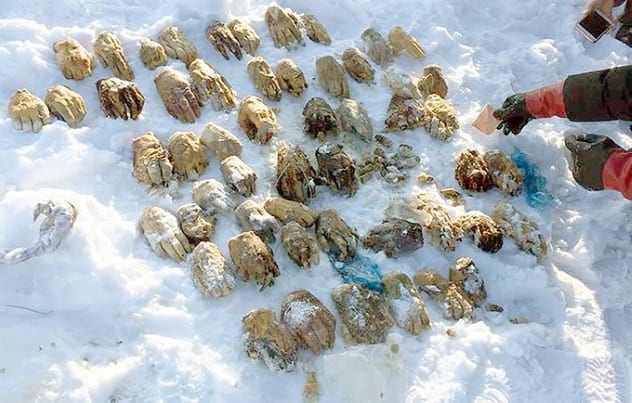 A fisherman in Siberia made a grim discovery in March 2018. He was walking along the icy Amur River when he noticed a hand sticking out of the snow on a small island near the city of Khabarovsk. Soon, he discovered that there was an entire bag full of hands.

The bag contained 27 pairs of human hands, severed at the wrist. Photos of the 54 hands lined up in neat rows quickly gained media attention. But according to the Russian government, it was not the work of a hand-obsessed killer.

Medical bandages and plastic shoe coverings commonly used in facilities such as laboratories and hospitals were also found in the bag. The Investigative Committee of the Russian Federation determined that their origin was a Khabarovsk-based forensics laboratory, which disposed of its biowaste improperly.

“The biological objects (hands) found are not of a criminal origin, but were disposed of in a manner not provided for by law,” wrote the committee. However, it is not known why the laboratory severed the hands in the first place.[11]

Read about more strange news on 10 Weird News Stories From Russia and 10 Most Thrilling Adventures Of Florida Man.