Throughout history, there have been many women who have murdered their husbands or partners. Motives have ranged from rage, jealousy, hate, and greed. These women are often labeled black widows by the media. In this list, we look at the murderous actions of ten black widows.

Chisako Kakehi, a Japanese woman, murdered at least four men, all of which were her husbands, before eventually being caught.

Kakehi, dubbed the Black Widow by Japanese media, sought her victims on various dating websites. Her criteria were always the same: they needed to be rich, childless, elderly, and lonely. Once lured, she would poison them with cyanide, either putting it in their drinks or even placing it in medicine capsules. Her motive for these killings was to collect the insurance money. She managed to collect $12 million in insurance and inheritance payments, though she ended up falling into debt from poor investment decisions.

In 2017, Kakehi was eventually arrested after the death of her fourth husband—only after a single month of marriage. She confessed to the crime, saying she killed him because he gave money to other women, but never any to her. She was sentenced to death.[1] 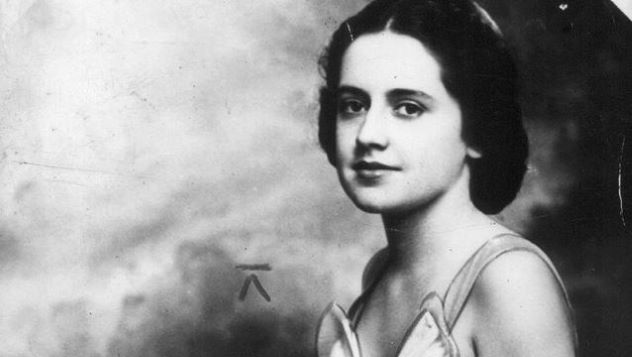 Dubbed the torso murderer, Evelyn Dick’s case is one of the most sensationalized in Canadian crime history.

A bunch of school children made a shocking discovery in 1944 while walking in the woods—the torso of Evelyn’s missing husband, John Dick, a streetcar driver. His head and arms were missing, which were later discovered to have been burned in the furnace of their home. Suspicion fell on Evelyn. She was convicted of his murder in 1946 and was sentenced to death by hanging. Her lawyer appealed her case, and she was acquitted.

However, in a shocking turn of events, Evelyn Dick’s baby boy was found encased in cement under the floorboards of her home. This had her right back in court, charged for murder again. She was sentenced to 11 years in prison and was released in 1958. No one knows what came of this murderess after her release with a new identity and parole and case records sealed by essentially a royal pardon.[2] 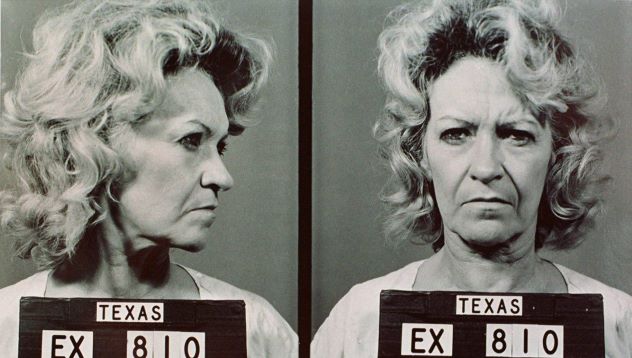 Betty Lou Beets was married six times, twice to the same man. She attempted to murder two of them. First, she shot Bill Lane in the back of the head—twice. The two divorced after this but later remarried before separating again. She then tried to run over her third husband, Ronnie Threlkeld, with her car. Both of these men would later testify at her murder trial.

In 1983, Beets reported her sixth husband, Jimmy Don Beets, missing. However, it was later discovered that she told her son, Robert Branson, to leave the house as she intended to murder Jimmy. Rob was then asked to help conceal the murder by hiding the body in the front yard and planting Jimmy’s heart medication on his boat before abandoning the boat in a lake. This was done so it would appear that Jimmy had fallen overboard and drowned. The lake was dragged, with Jimmy’s body not being discovered.

After a search warrant was issued, the bodies of Jimmy as well as Doyle Wayne Barker, who was another former husband of Beets’s, were found on her property. She was arrested and later sentenced to death by lethal injection. Texas carried out her execution on February 24, 2000.[3]

Stacey Castor was dubbed the black widow after murdering her then-husband, David Castor, in 2005 (link seven). She poisoned him with antifreeze, an odorless and colorless poison. She also attempted to murder her daughter, Ashely Wallace, by mixing pills into her drink in 2007. Stacey was also suspected of murdering her first husband, Micheal Wallace, after his body was exhumed and traces of antifreeze crystals found when examined.

Initially, the coroner ruled that David Castor’s death was a suicide by drinking antifreeze. However, Stacey Castor’s fingerprints were found on the antifreeze bottle, and a turkey baster was discovered in the trash. It was suspected that she force-fed the antifreeze to her husband using the turkey baster.

In 2009, Castor was convicted of murder and attempted murder and sentenced to 51 years in prison. She died in prison of a heart attack in 2016.[4] 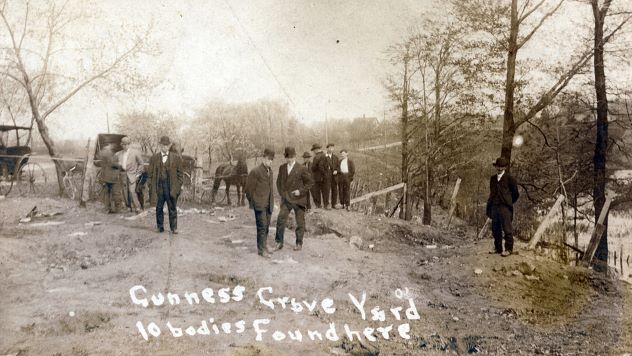 Belle Gunness would lure suitors to her Indiana farm with the promise of marriage and hospitality before murdering them in cold blood.

Her murderous actions were discovered after her house burned to the ground with her and her children still inside. Upon investigation of the Gunness farm, authorities noticed a number of soft depressions in the earth. After digging, a bag of human remains was found. Upon further inspection, dozens of these depressions in the ground were identified, each containing a sack of human remains. After uncovering five bags on the first day of digging and six on the second, it is reported that the police simply stopped counting.

The exact body count of Belle Gunness is not exactly known, but it has been estimated that she could have killed up to forty people. Despite being declared dead in the house fire, it is speculated that she escaped the flames, with some sightings of her in the Chicago area being recorded long after her supposed death. [5] 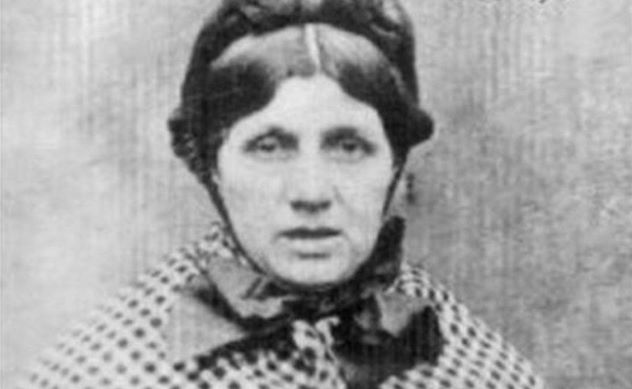 Mary Ann Cotton was an Englishwoman suspected of murdering three of her four husbands to collect their insurance policies. She carried out these murders through arsenic poisoning. Each of her then-husbands fell ill with gastric issues, and with each of them eventually passing away, she would then collect money from their policies.

Her downfall didn’t come until the death of her stepson, Charles Edward Cotton, who was labeled a sickly boy. Upon his death, she attested that she had tried to help the ailing boy through the administration of arrowroot. But, when the newspapers came across this case and found that Mary Ann had lost three husbands, a lover, and eleven children all to stomach issues. . . Well, the gig was up.

After examining Charles’s body, traces of arsenic were found and Mary was promptly arrested. She was found guilty and hanged in 1873.[6] 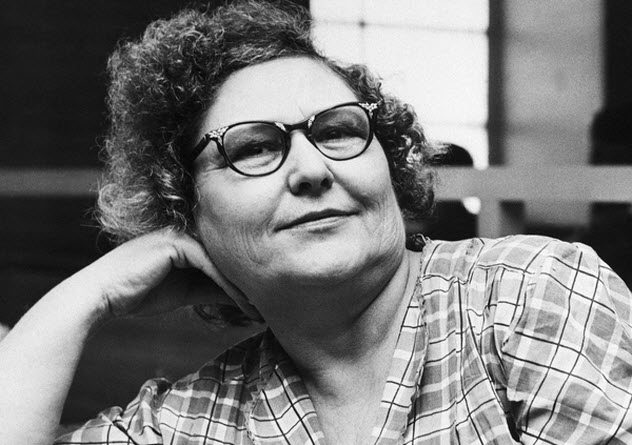 Nannie Doss, or the self-made widow, was an American serial killer who murdered four husbands, two children, her sister, her mother, two grandsons, and a mother-in-law. Even after all these deaths, she was sometimes referred to as the “Giggling Granny.”

She was first married at the age of 16 to a co-worker by the name of Charley Braggs, and they had four children together—two of which died from suspected food poisoning. The marriage ended in divorce. She very quickly married Robert Franklin Harrelson, a marriage that lasted 16 years until she poisoned him with rat poison after he raped her. Her later marriages included Arlie Lanning, who died from a suspected heart attack, and Richard Morton, who she poisoned. Though before she poisoned him, she poisoned her own mother.

Her reign of terror came to an abrupt end after murdering her fourth husband, Samuel Doss. An autopsy revealed heavy amounts of arsenic in his system, and she was arrested. She was sentenced to life in prison, where she died of leukemia in 1965.[7] 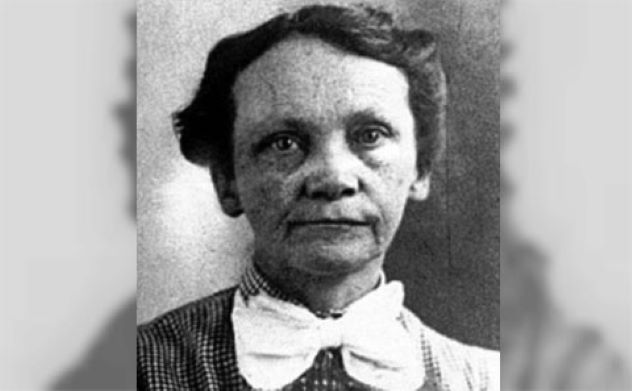 Amy Duggan “Sister” Archer-Gilligan worked in a nursing home, Archer Home for the Elderly and Infirm, founded by Amy’s husband, James Archer. Unfortunately, James Archer later died from Bright’s Disease, a genetic condition applied to kidney disorders at the time. Only a few weeks before his death, Amy took out a life insurance policy on her husband. With this, she was able to continue to run the Archer Home.
She later married Michael W. Gilligan, who died only after three months of marriage from severe indigestion.

Over the years, there were many deaths at the Archer Nursing home. Between 1911 and 1916, 48 residents died, including Franklin R. Andrews. Andrews’ family, including his sister Nellie Pierce, grew suspicious of these events. She went to the media about it, which resulted in several articles on the deaths being published.

However, it wasn’t until a year later that Amy was arrested. The bodies of some of the Archer home residents were exhumed, and it was discovered that they had died from arsenic or strychnine poisoning. Amy was arrested and was initially sentenced to death. But later, Amy pleaded insanity, and she was transferred to a mental facility for the remainder of her life.[8]

Elisabeth Anne Broderick—or simply Betty—killed her ex-husband and his second wife while they slept in their home.

Betty’s divorce from her ex-husband, Daniel T. Broderick III, was very public. The Broderick vs. Broderick case became one of the most infamous divorce cases in the U.S (link twelve). This was primarily because Betty worked to put her then-husband through post-graduate school so that he could become a lawyer.

After the divorce, Daniel married his legal assistant, Linda Kolkena, with whom he later admitted to having had an affair while still married to Betty. Betty became embittered, leaving violent voice messages on Daniel’s phone and sending strange gifts to Linda on her wedding day.

On the night of Sunday, November 5, 1989, Betty broke into Daniel’s and Linda’s home, killing them while they slept. She shot Linda first, killing her instantly, and afterward shot Daniel as he was reaching for the phone. Daniel did not die instantly, and later, Betty admitted talking to him as he lay dying. Betty was convicted of two counts of second-degree murder and was sentenced to 32 years in prison. She remains incarcerated in California after parole hearings in 2010 and 2017 did not grant her release. Her next parole hearing is scheduled for 2032.[9]

Susan Wright, who killed her husband in 2003, released from prison

Susan Wright tied her husband, Jeff Wright, to their bed and stabbed him a total of 193 times with two different kinds of knives. She later buried him in the backyard and painted the bedroom to try and hide evidence. She later confessed to her attorney, citing that she killed her husband in self-defense.

During her trial, Susan testified that her husband was abusive and, on the night of his murder, high on cocaine. She killed him to protect both herself and their two children from his drug-fueled rage. However, the prosecutor painted a different picture of the situation, citing that Susan wished to collect the $200,000 in life insurance money.

She was convicted of murder in 2005 and was sentenced to 25 years in prison. A re-sentencing appeal lowered her sentence to 20 years in 2010 based on witness testimony about Susan’s husband’s abusive behavior. In December 2020, she was granted parole and released from incarceration.[10]