For most people in the developed world, the only animals they see are their pets. Unless you buy a purebred cat or dog, it’s highly unlikely that you broke the bank to get your kids a puppy for Christmas.

The animals we choose as pets are often inexpensive, but there are some critters out there that hardly anyone can afford. From cloned individuals to extremely rare breeds, these are the 10 most expensive animals ever sold. 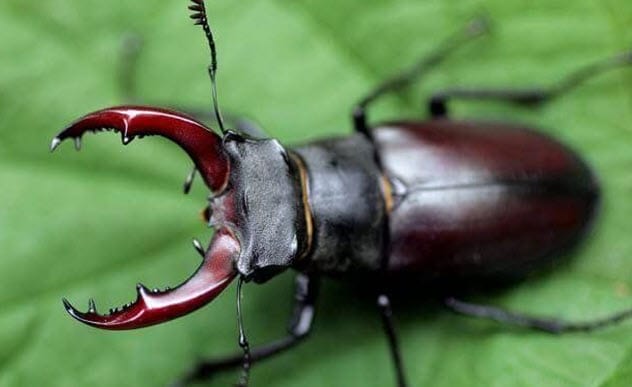 Most people are happy to pay a lot of money to get rid of insects. But some collectors still look at creepy crawlies with interest rather than disgust.

One species of beetle is so treasured that the rarest and largest of them can sell for thousands of dollars. The stag beetle is the most prized insect in Japan, and the big ones are incredibly rare. The species possesses bloodred mandibles alongside protruding antlers, which add to its value in the insect-adoring community.

The most money ever paid for a stag beetle was around $90,500 in 1999. The purchaser, a 36-year-old company president, bought it at Wakuwaku Land, a Tokyo specialty shop.[1]

The beetle was worth so much due to its size. The average stag beetle reaches about 5.1 centimeters (2 in) in length, but the one in question was about 7.6 centimeters (3 in), making it rare and desirable to collectors. It’s unlikely that another specimen will sell for more money because breeders have since found a more productive method for producing these insects.

In 2008, a Fort Lauderdale, Florida, family lost their beloved golden Labrador, Sir Lancelot, so they froze his DNA. That’s not what most people do when a pet passes away. Then again, most people can’t afford to spend $155,000 to have their pets cloned, either.

The Otto family reached out to a South Korean cloning firm to have their dog recreated from the frozen remains. Apparently, the Ottos placed the winning bid in an auction by the biotech firm, which was looking for someone willing to pay for the company to try something new.

The cloning of Lancelot was successful, and the family received a 10-week-old, 4.5-kilogram (17 lb) yellow Lab puppy a short time later. The new puppy, named Sir Lancelot Encore, was genetically identical to… well, to himself. He didn’t show up to an empty home as the Otto family had nine other dogs, 10 cats, four birds, and six sheep.[2]

To finance the cloning, Mrs. Otto had to sell several pieces of expensive jewelry. But she had no regrets about bringing her beloved Lancelot back from the dead. 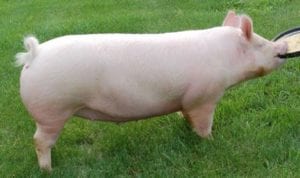 When most people think of pigs, they think of sizzling bacon to pair with their over-easy eggs and toast. Pigs are also becoming more popular as pets, although one of the most expensive pigs ever sold at auction was definitely not a pet.

In 2014, a Yorkshire boar (a male pig) sold at auction for $270,000. The pig, raised by Western Illinois University School of Agriculture Associate Professor Mark Hoge and his family, sold for $267,000 more than the second most expensive animal in its class.[3]

The Yorkshire, or Large White, was initially bred for bacon but rose to prominence in the lean-meat category through the 1900s. Created by crossing the indigenous white pig of North England with the smaller, fatter, white Chinese pig, this breed is now the world’s most widely distributed. 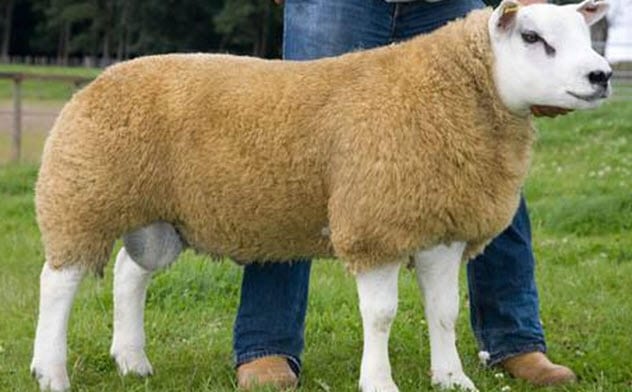 Some animals are worth a lot of money based on their appearance, rarity, or size. Other animals are treasured for their sperm. The latter is certainly true of Deveronvale Perfection, a pedigree Texel ram bred selectively via embryo transfer.

A Texel is a lean meat sheep, and this one sold in 2009 for a whopping £231,000. However, that’s a paltry sum compared to the amount of cash that Deveronvale Perfection will pull in from stud fees, which is the money charged to let your sheep get freaky with him.

John Yates of the Texel Sheep Society said, “The staggering amount [paid for Deveronvale Perfection] surprised many. Many people see these animals as lamb chops, but these flocks are at the top of the genetic pile. This was the elite animal that stood out.”

Deveronvale Perfection was purchased by Jimmy Douglas, who said, “There was a photo of him in The Scottish Farmer. I had to have him.” 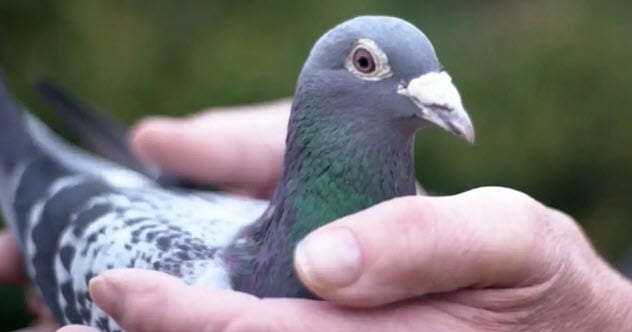 For most people, pigeons are little more than “rats with wings” that stop at nothing to poo on their cars. Despite the public’s general disdain for them, pigeons have been an important species of bird for thousands of years.

In fact, they are one of the oldest species of domesticated birds. People have eaten pigeons, strapped messages to their legs, and bred them for racing.

In 2019, one racing pigeon named Armando was sold to a Chinese businessman for a grand total of $1.4 million. The high price came from a bidding war that ended at record levels.[5]

Armando was purchased for his ability to father a new generation of racing pigeons. Pigeon racing is especially popular in China, where record sales happen all the time.

In 2013, the previous record-holder, Bolt, sold for €310,000. Nikolaas Gyselbrecht of pigeon auction site PIPA explained, “You can compare it to artwork. A painting made by Picasso is worth more than one made by an unknown artist. It’s the same with this pigeon.” 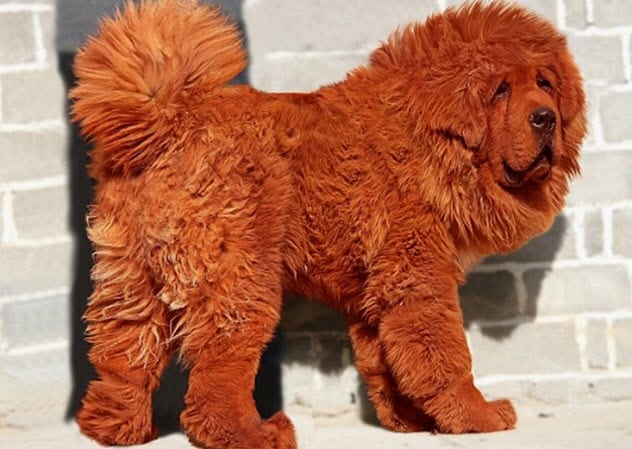 Typically, people spend around $1,000 to $2,000 for a purebred puppy, depending on the breed. Some individuals spend more, but the average pedigree dog doesn’t hold a candle to the value ascribed to the Tibetan Mastiff.

These large, fluffy canines have been around for more than 5,000 years, and owning one is considered a status symbol in China. It’s rare to see them outside of Tibet, which is one reason why they are so costly. The most expensive one sold for $1.5 million to a coal baron from China.

The dog, named Big Splash (“Hong Dong” in Chinese), was considered to be “a perfect specimen.” The seller estimated that the dog could be rented out for studding for as much as 100,000 yuan.[6]

Although that amount wouldn’t produce a profit on the original investment for a few years, the new owner wants no part in it. Big Splash was purchased as a status symbol. He will be treated like royalty with no expense spared for his care. 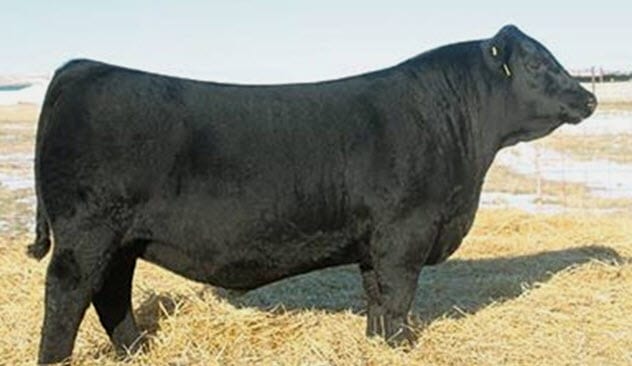 America is a specially bred Angus bull from North Dakota. In February 2019, the Schaff Angus Valley annual production sale closed the bidding on this Lot #1 bull at an impressive $1.51 million. America wasn’t destined for the dinner plate, though, as he was specially bred to stud.[7]

The winning bidder was Herbster Angus Farms of Falls City, Nebraska, but the owner won’t relocate the bull. America will remain in North Dakota, where 20 percent of his semen proceeds will go to the farm. Herbster will retain 80 percent.

Bull semen isn’t cheap. When it comes to a bull like America, breeders can expect to shell out a hefty sum. Wagyu semen sells for tens of thousands. In 2019, an auction sold one batch for $67,000. The value of America’s semen is unclear, but it’s likely to reach Wagyu levels given America’s price at auction.

Japanese koi breeding has been an art form for hundreds of years. Through selective breeding, a drab-looking species of carp became a vibrantly colored and highly prized species of fish.

If you want koi to fill your pond, expect to pay a lot of money for the fish. The price goes up considerably when they are older and larger. Typically, koi can cost anywhere from a few bucks to a few thousand dollars. The high price comes from various factors, but the most notable is bloodline. Koi bloodlines are as highly valued as those belonging to pedigree dog breeds.

In 2017, the nine-year-old grand champion fish was sold for a whopping $1.8 million at auction at the All Japan Koi Show.[8] This makes her the most expensive koi ever sold. Fortunately, she’s got a few years ahead of her.

Koi can live for up to 40 years. That means the grand champ will breed for a couple of decades and potentially make a boatload of money for her owner. 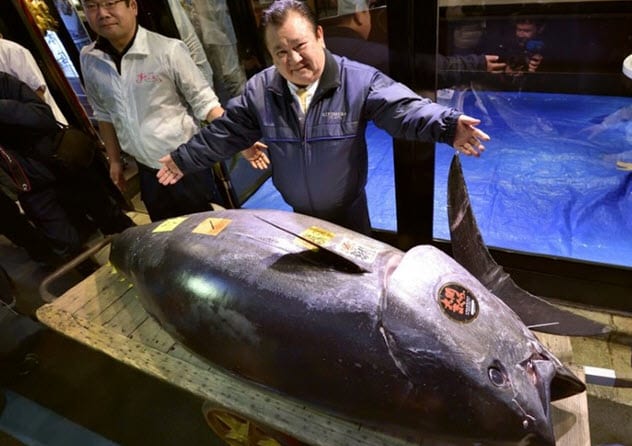 The rare Pacific bluefin tuna is the most expensive fish in the world. The fatty meat found in the underbelly can fetch a high price at any sushi restaurant. This is not the tuna you find in a can.

The world-famous Japanese fish market auctions off the largest bluefin tuna anywhere. When the season begins, the value skyrockets for the first specimen due to the status attributed to the winning bidder. 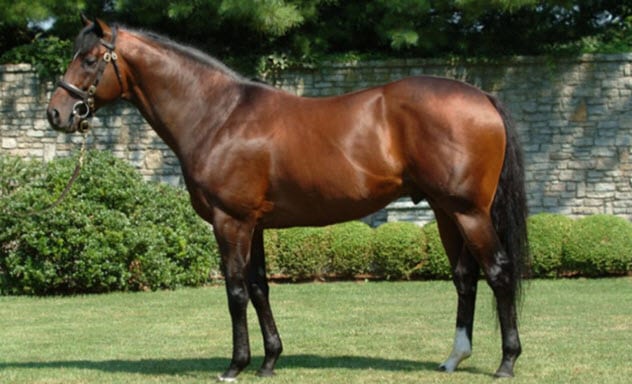 It’s hardly surprising that the most expensive animal ever sold was a thoroughbred. Horse racing is one of the oldest sports favored by the wealthy. When a horse wins one of the most prominent races in the world, it can fetch a lot of money in stud fees.

The most expensive horse ever purchased was named Fusaichi Pegasus. He was sold shortly after winning the Kentucky Derby in 2000. The actual amount paid wasn’t disclosed at the time of sale, but it has been estimated at $60–$70 million.[10]

Thoroughbreds are prized for their genes, so the stud fees for Fusaichi Pegasus are no joke. He was taken to Ashford Stud near Versailles, Kentucky, where he commanded a stud fee of around $200,000. Since that time, he’s sired more than 75 Stakes winners worldwide, though the price of his services has dropped significantly.

In 2020, the stud fee for Fusaichi Pegasus was only $7,500. Despite siring several winners—including Roman Ruler, Haradasun, and Bandini—Fusaichi Pegasus is considered to be a disappointment as a stallion. But that’s likely due to the unprecedented price paid for him.