Every life lost following the sinking of the RMS Titanic was a tragedy. While it is impossible to know each passenger’s story, various reports and testimonies have helped the world learn more about the victims who perished at sea.

Due to a lack of lifeboats, a fast-sinking vessel, and missed communication with nearby vessels, more than 1,500 people lost their lives following the liner’s collision with an iceberg on April 14, 1912, which sank within 2 hours 40 minutes on April 15, 1912. Continue reading to learn about ten of the most tragic stories from the Titanic.

Related: 10 Children Survivors Of The Titanic And Their Chilling Stories 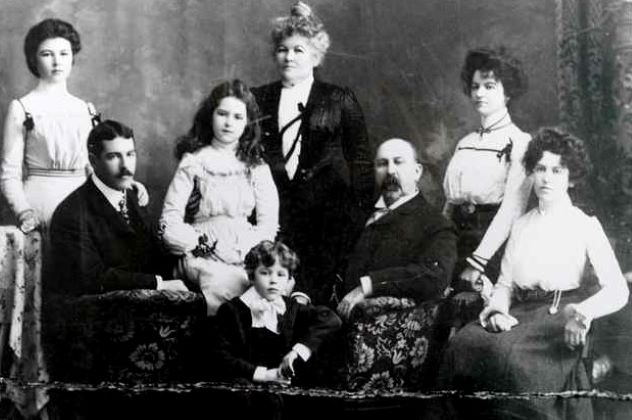 The Fortune family from Winnipeg, Canada, were first-class passengers on the Titanic. Mark Fortune planned a trip to different corners of the globe as a present for his wife, Mary, and their four children, and they traveled on the luxury liner for their passage home.

Tragically, this was the last trip the family experienced together. When the Titanic collided with an iceberg on April 14th, Fortune’s daughters, Alice and Mabel, entered Lifeboat 7 and gave their jewelry to him and their 19-year-old brother, Charlie. Mary and daughter Ethel also entered the lifeboat, the first to be launched from the liner. The two men, stranded on board the sinking vessel, sadly lost their lives in the disaster. The Fortune women reportedly returned to the home Mark had built; however, they struggled to live in the 36-room Tudor-inspired mansion. It was an unwanted reminder of the men they had lost during the Titanic’s maiden voyage.[1]

Hudson and Bess Allison, who taught Sunday school and Bible classes, started Allison Stock Farm and built a family home near Winchester, Ontario, in 1911. As Hudson was on the board of the British Lumber Corporation, the whole family traveled to England for a director’s meeting. During their visit, they enjoyed a trip to the Scottish Highlands, bought furniture for their farm, and recruited new staff members.

As the Allison family wished to return to the U.S. with friends, they altered their travel plans and booked the Titanic as first-class passengers, paying for three Upper Deck cabins while their two new servants traveled second class.

When the Titanic hit an iceberg, Alice Cleaver, a nursemaid for 11-month-old Hudson Trevor Allison, stepped into Lifeboat 11 with the baby. Unaware Alice had rescued her son, Bess Allison reportedly refused to leave the boat without him and stepped off a lifeboat with her two-year-old daughter, Loraine.

Major Arthur Peuchen commented to the Montreal Daily Star that Mrs. Allison left the boat to join her husband, as someone told her he was being lowered from the liner on the opposite side of the deck. However, Mr. Hudson was nowhere to be found. Tragically, Mr. and Mrs. Allison, and their young daughter, Loraine, died in the sinking.

Tragically, Trevor died in 1928, at age 18. In 1940, a woman named Helen Loraine Kramer came forward, claiming to be Loraine Allison, seeking the Allison family fortune. In 2013, DNA testing revealed that the woman was not Loraine.[2]

Margaret Norton was born in Athlone, Ireland, and married William Rice at 19 years old. In 1909, the couple moved to Washington, USA, but her husband sadly passed away in a railway accident. After receiving an insurance settlement, Margaret Rice decided to return to Ireland, where she lived with her five sons until 1911. However, she decided to start over in the United States again with her family and booked third-class passenger tickets on the Titanic’s maiden voyage. They boarded the liner at its final stop of Queenstown, Ireland, on April 10, 1912.

Tragically, Margaret and her children, aged between two and ten, sadly lost their lives in the maritime disaster. A passenger later recalled seeing Margaret in the third-class area of the liner, clutching her youngest child, Eugene, while her four other children held onto her skirt.[3]

Profiles from the Titanic #10 – Isidore and Ida Straus

Those who watched James Cameron’s Titanic (1997) might recall the elderly couple who lay in bed holding each other as the ship sank into the ocean. The couple is loosely based on Ida and Isidor Straus, first-class passengers who chose to die together on the liner rather than separate. Isidor was a co-owner of Macy’s department store and remained aboard the sinking vessel so others could live.

While Ida had an opportunity to save herself by entering a lifeboat with other women and children, she made the brave decision to stay with her husband of 40 years. Isidor was offered a place in a lifeboat, as an officer reportedly said, “Well, Mr. Straus, you’re an elderly man…and we all know who you are… of course you can enter a lifeboat with your wife.” However, he replied, “No. Until I see that every woman and child on board this ship is in a lifeboat, I will not enter into a lifeboat myself.”

Ida then stepped out of the lifeboat and reportedly said, “We have lived our whole life together, and if you are going to remain on the boat and die as the boat sinks, I will remain on the boat with you. We will not leave one another after our long and wonderful marriage together.” Both Ida and Isidor lost their lives in the sinking.[4]

Profiles from the Titanic #12 – John Sage and family

The Sage Family ran a bakery and shop in Hackney, England, before attempting a new life as Pecan farmers in Jacksonville, Florida. The family of 11 initially planned to travel to Philadelphia on a different liner but were forced to change to the Titanic following a coal strike. While the Sage family were reportedly reluctant to move away from England, the children’s father, John, insisted.

The family’s last movements on the Titanic are unknown. Yet, some witnesses reported seeing them on the deck. One of the daughters, either Dorothy or Stella, may have been offered a seat on a lifeboat but refused to leave the liner without her family. Tragically, every family member lost their life in the fateful event. It was the disaster’s biggest single recorded loss of life for one family.[5] 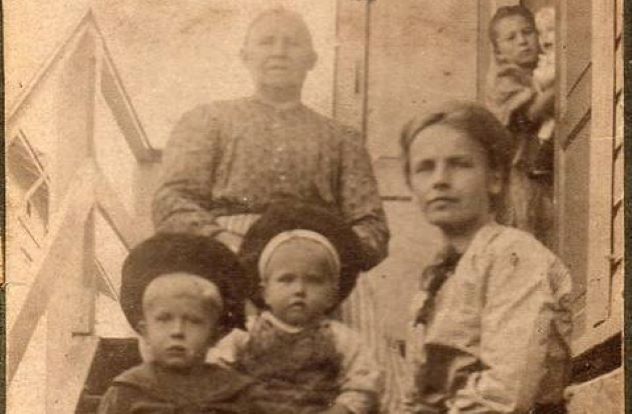 Twenty-year-old Elin Braf traveled with Alice Johnson, Alice’s two children, and another Swedish woman, Helmina Nilsson. She was journeying to America to visit her sister, Annie Hammar, in Chicago. On the night of the Titanic’s sinking, they made their way to the ship’s upper deck to enter either lifeboat 13 or 15.

While Alice, her daughter, and Helmina stepped into the boat, Elin appeared to freeze with fear and refused to enter. As Elin was clutching Alice’s son, Harold, the young mother called out for him, who was soon pulled from Elin’s arms and placed into the lifeboat. However, Elin remained on the sinking vessel and tragically lost her life in the disaster.[6]

Profiles from the Titanic #4 – The Goodwin Family

Five days after the Titanic sank into the North Atlantic Ocean, the crew from Mackay-Bennett, a rescue ship, removed the body of a 19-month-old boy. The newborn was transported to a cemetery in Halifax, Nova Scotia, and a headstone erected over his grave read “unknown child.” The young boy’s identity remained a mystery for many years, as no parents ever came forward for the child.

In 2007, researchers finally discovered his identity, which was Sidney Leslie Goodwin. Born in Edmonton, England, to Fredrick and Augusta Goodwin, Sidney was one of six siblings traveling on the Titanic with his parents. The family were third-class passengers aboard the luxury liner and planned to start a new life in Niagara Falls. Scheduled to travel on another ship, the Goodwins were later transferred to the Titanic (due to a coal strike, just like the Sage family). Tragically, every member of the family perished in the maritime disaster, like many third-class passengers. Only Sidney’s body was recovered from the water.[7]

Thomas Millar, an assistant deck engineer, endured his fair share of heartache before climbing aboard the Titanic. His wife, Jeannie, had passed away three months earlier, and he decided to join the crew to provide for his sons, 11-year-old Thomas Jr. and 5-year-old William Ruddick. It was his goal to start a new life in America with his children once settled. In the meantime, they remained in their aunt’s care in a village located on the outskirts of Belfast, Northern Ireland. Before setting sail for America, Thomas handed his sons a penny each and instructed them not to spend it until his return.

Unfortunately, Thomas never returned to bring his children to America, as he sadly lost his life aboard the ship. His children remained under the care of their aunt and received an allowance of five shillings per week from the National Disasters Relief fund. The pennies remain in the family’s possession to this day.[8]

Ramon Artagaveytia was born into a passionate seafaring family. Days before his grandfather’s death, Ramon’s father received an inscribed oar, which read:

“Knowing how to use it, you will never be hungry. Your ancestors have always survived thanks to the sea. This is your destiny. Follow it.”

Born in Montevideo, Uruguay, Ramon had experienced tragedy at sea before stepping onto the Titanic. The first-class businessman survived the sinking of the America liner in 1871, one of 65 passengers to survive as he jumped into the sea. While many survivors suffered horrific burns following the ship’s fire, Roman struggled with PTSD.

Before stepping onto the Titanic, Ramon wrote a letter to his cousin, Enrique, stating, “The sinking of the America was terrible! Nightmares keep tormenting me. Even in the most quiet trips, I wake up in the middle of the night with terrible nightmares and always hearing the same fateful word: Fire! Fire! Fire! I have gotten to the point where I find myself standing in the deck with my lifebelt on.”

According to Julian Padro y Manent, a surviving second-class passenger, he and two Urugyuan brothers were amused that Ramon took the Titanic’s collision seriously. One of the men, Mr. Francisco M. Carrau, reportedly advised him against climbing into a lifeboat to avoid catching a cold. Tragically, Roman and the two brothers lost their lives in the disaster.[9] 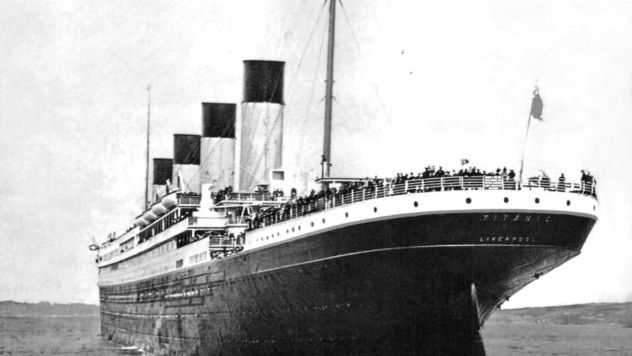 Denis Lennon and Mary Mullin from Currycreaghan, Ireland, fell head over heels in love in 1911. After living with her family in 1911, they made plans to run away together after Mary dropped out of convent school. The smitten couple originally booked to make the voyage aboard Cymric. However, due to the coal strike (again), they boarded the Titanic at Queenstown as third-class passengers under the names Denis and Mary Mullin.

Mary’s brother, Joe, and possibly her mother, attempted to track the couple down with a loaded firearm, but they arrived at the dock too late. Despite escaping the family’s fury, Denis and Mary never made it to America. The couple lost their lives aboard the sinking ship.[10]